DC’s “Infinite Frontier” begins in 2021, hot on the heels of the “flash forward” stories of the two-month long “Future State.” Here you’ll find a complete reading order and checklist for the relevant DC Comics as they’re released!

Batman: Infinite Frontier is the expansion of the bold ideas that Tynion IV that Tynion established in his Batman including new heroes, and villains. His run is coming off an 85 issue run on Batman by Tom King where King focused on two things: the romantic relationship between Batman and Catwoman, and the masterplan of Bane. At the end of his run, Bane basically left Gotham in near collapse and desperately in need of repair. Bruce, obviously, decides to help rebuild it in his image, and chaos breaks loose. First off, you should read Tynion’s opening arc.

Dark Design leads into DC’s Joker War which is the final big event for the Batman family in Rebirth. You can check out CBH’s Joker War reading order here, but if you want the fast track, make sure to read these three essential books:

And the Joker War story in Catwoman #25 (The First One)

Following Joker War, most of the bat books are concluding plot threads from before Joker War, but there are three stories you should make sure to read.

Punchline #1 is a must read to enjoy the back-issue of the Joker series, and it’s surprisingly super fun.

First, you should check out Endless Winter Reading Order. Though the crossover isn’t a must read, it does provide a bunch of really cool teases for Infinite Frontier including the establishment of the Teen Titans academy and the increasing importance between Black Adam and Hypolyta.

Following Death Metal, the future is full of infinite possibilities. To explore the possible future of DC, multiple creators wrote books and back-issues with a possible future of their run. These stories take place anywhere from 3 to 1000000 years in the future, and reveal the dangers of enemies like the Magistrate and Merlin, and introduce us to new heroes like Yara Flor. You can check out the Comic Book Herald Reading Order here.

This book kicks off the era with an incredibly important set of stories that define the universe’s direction for the next couple of years. It includes important teases for Batman, Superman, Wonder Woman, the upcoming Infinite Frontier Event and More. 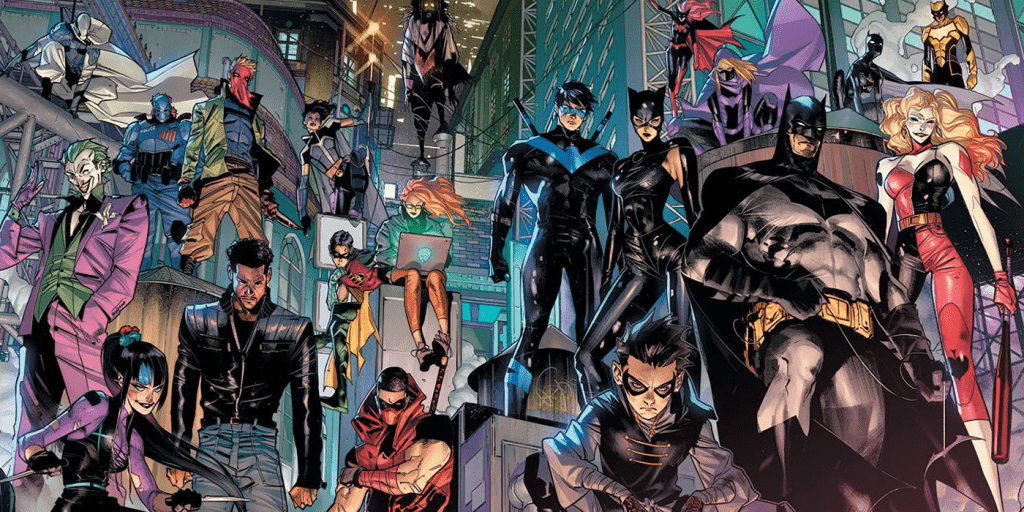 Follow the Jokers newest attacks the Batman family is forced to react. With Gotham full of new threats and allies, the Batman Family begins a new era. The Batman Family is trying to create a very connected line of books. Events in Catwoman will inform your reading of Harley Quinn, while the back-issue of a Batman book may spin-off into another series like Robin.

Collects: Detective Comics #1034-1042 and the Huntress back issues

Collects: Joker #1-6 and the Punchline Back-Issues in those issues

Collects: Parts of Batman: Urban Legends #1-6 (But see below for specific contents)

In series, but has no trade info yet:

Nightwing Vol. 1: Stepping into the Light

There is no way to really get into Infinite Frontier: Catwoman without reading Catwoman #25-28. While it is possible to start at 29, 29 assumes you’ve read #25-28. Don’t worry about the rest of the issues in that volume. Just read Catwoman #25-28. Catwoman #28 also sets up a plot point for Harley Quinn’s Batman: Urban Legends story, so it’s good to read too.

Catwoman Vol. 5: Shadow of the Valley of Death

Out of Continuity Batman Stories:

Batman: Legends of the Dark Knight

The Joker Presents: A Puzzle Box 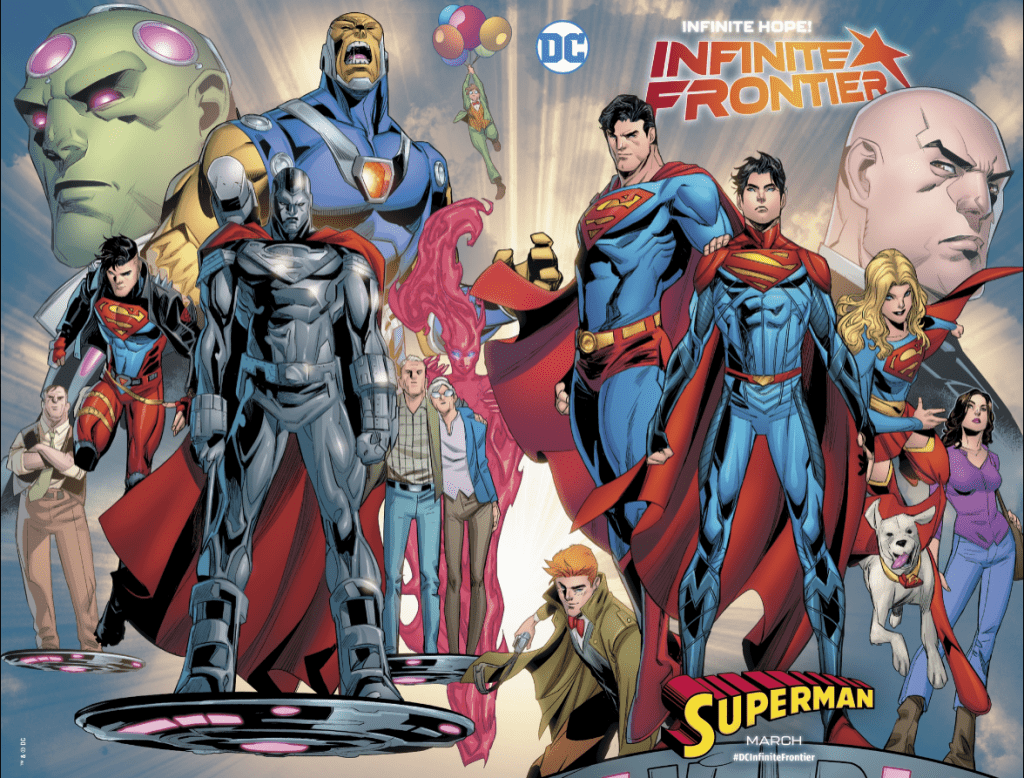 Superman: The One Who Fell

Superman and the Authority

Read: Superman and the Authority #1-4

Mister Miracle: The Source of Freedom

Out of Continuity Superman Stories: 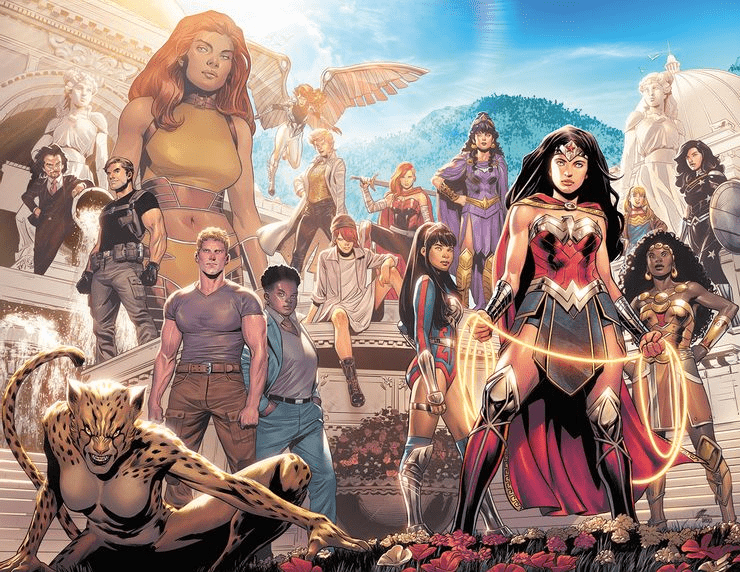 Everyone on Earth thinks Diana is dead and is grieving her death, meanwhile, Diana is taking on a mysterious new role.

Collects: Wonder Woman #770-779 and The Young Diana back-issues from those books.

Out of Continuity Wonder Woman Stories: 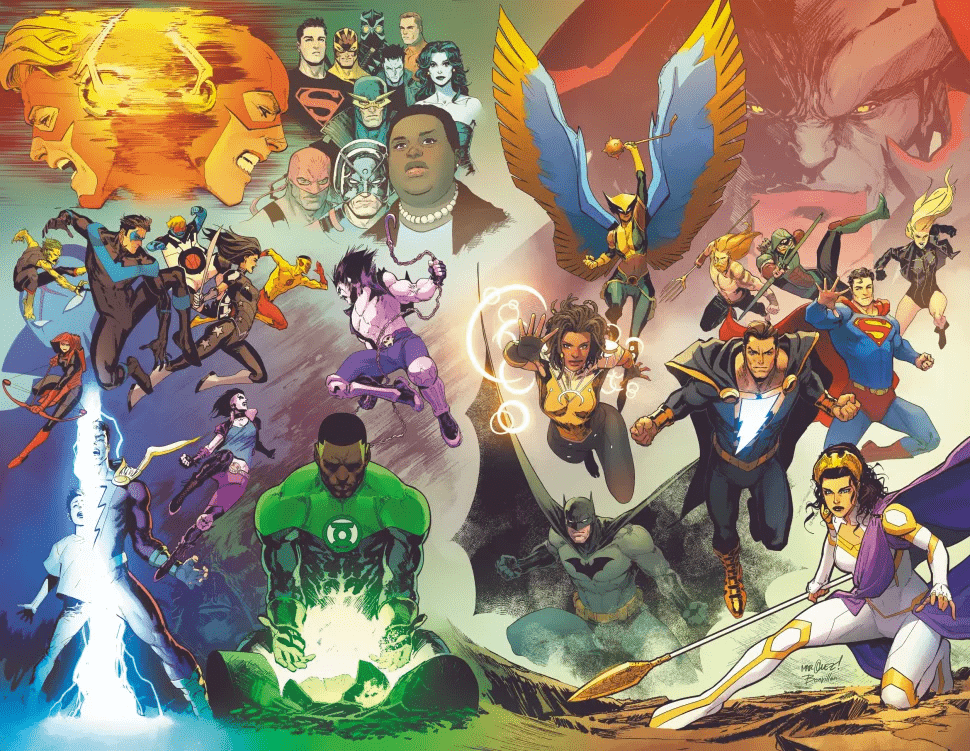 The Justice League books are shifting dramatically after the Snyder era. Each team is trying to mess with unique compositions and every single title has new characters. Suicide Squad is trying to level up it’s strength while the original Teen Titans have created a school to train new heroes.

Note: Trade collects: #1-6 of Suicide Squad but there is a crossover in the middle of the book

Note: Issues are likely in the trade separately for each series

Shazam: To Hell and Back

(The Infinite Frontier Story starts at #768)

Batman/Superman: The Archive of Worlds

Out of Continuity Justice League Stories: 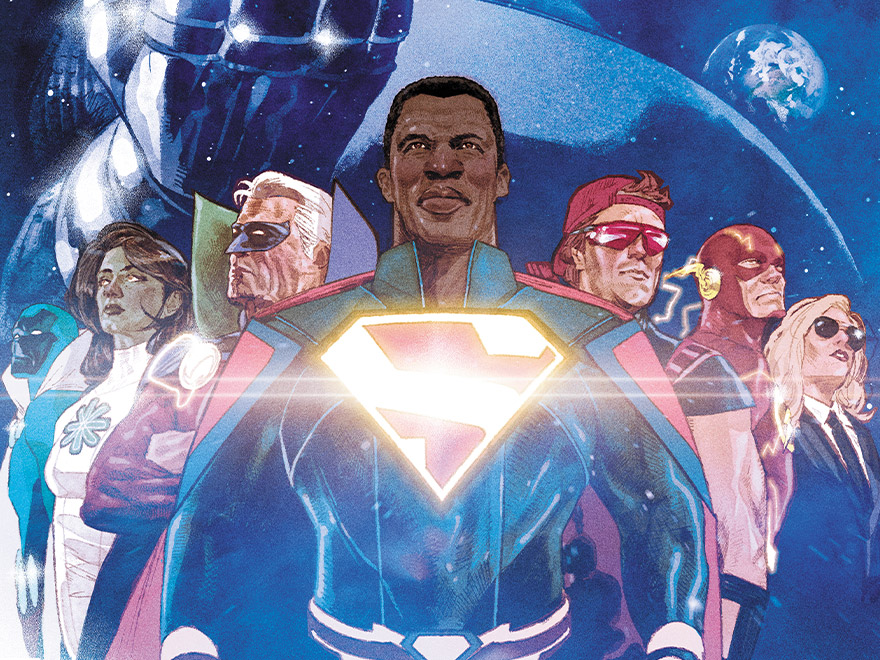 The Scarecrow makes his move as Fear State begins. 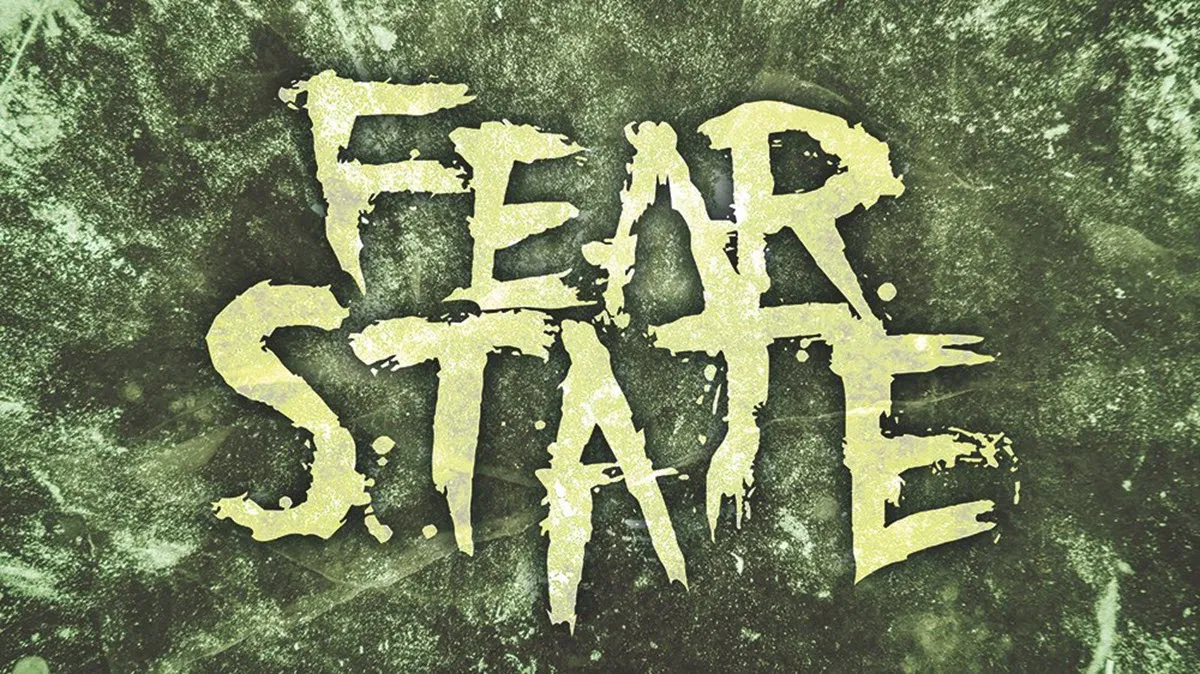 The Magistrate has been tricked by Scarecrow as he makes his move, as he tries to plunge Gotham into a “Fear State.” Will Batman and the Bat-Family be able to stop him and the Magistrate, or will Gotham plunge further into darkness? Like “Joker War,” the event is primarily told through Batman Vol. 5, Batman #112-117. At the moment, only a couple of tie-ins are out, so it’s too early to predict how they will be formatted in comparison to the main Batman issues. Based on solicts, I’ve tried to group it up into different plot threads of the event: The fight against the Anti-Oracle, The fighting in Alleytown, and the other smaller stories. I’ll be regrouping them after more issues are out. Below will also be the official checklist for people who want it.

Other Stories during Fear State:

(Note #7 is a story about possible futures including Future State and Batman Beyond, but not Fear State)

Arkham City: The Order of the World Part 1

Arkham City Order of the World #1

Shadow of the Bat Prelude:

Shadow of the Bat:

Joshua Williamson is taking over as Batman leaves Gotham.

Out of Continuity Batman Stories:

Batman Vs. Bigby: A Wolf in Gotham

The Wonder Woman Family expands as Wonder Woman returns from her journey. How does Diana fit into this world that had to move on without her? Who are the Brazilian Amazons? How does the new Queen of the Amazons Nubia deal with her first political situation? And where does Hippolyta fit now?

Nubia and the Amazons

Read Nubia and the Amazons #1-6

Superman has left earth. Everything is about to change. How do Superman and his Authority begin their war with Mongol, and how does Earth’s New Superman, Jonathan Kent, handle his new role in society.

Superman Out of Continuity

Note: Spins off into Deathstroke Inc! And the Aquaman Special #1

Note: Spins off into Aquaman: The Becoming and Black Manta

Out of Continuity Justice League Stories

Are You Afraid of Darkseid #1

Tis the Season to Be Freezin’ #1

With Gotham changing and Diana returning, the big Multiversal storyline begins to take shape. The Great Darkness is out there and different forces are interested in it. Eclipso, Necron, The Other Hand (From Multiversity), and more are here. These books focus on different parts of what is coming next.