It’s recently occurred to me that although I have my comprehensive reading order guide to the Marvel Universe (often imitated, never duplicated),  I don’t really have a fast track guide.

You know, for people that aren’t as obsessively inclined to read all of the comics in the history of ever. Wimps, if you will. (Jokes, my little wimpy, jokes!)

So here it is – the fast track guide to the Modern Marvel Universe, giving you all the essential story lines in 25 trade collections. Save money, save time, and get your true believer on all at once!

Two caveats before I dive in: 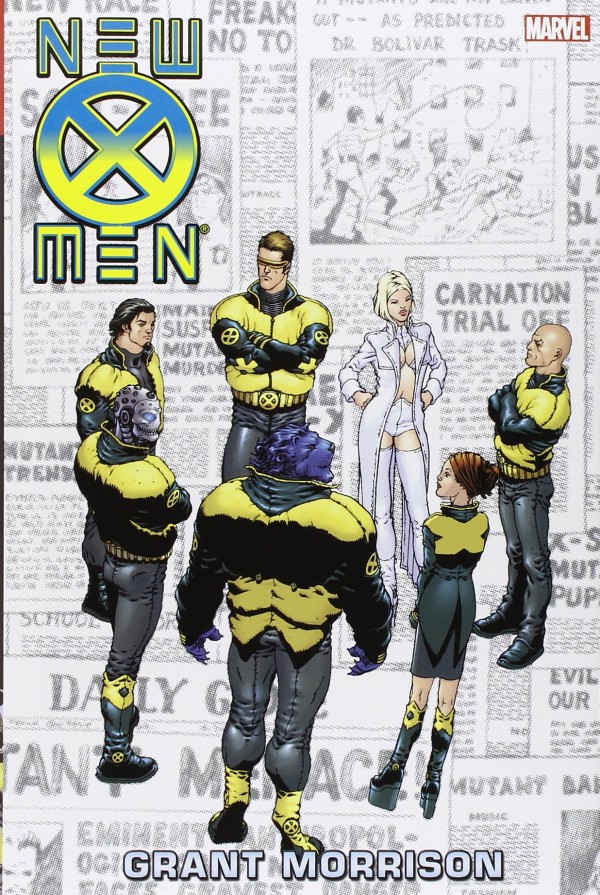 Nearly everything we know and love about the X-Men today can be traced back to Morrison and Quitely’s excellent New X-Men run. The devious presence of Emma Frost, the cat/awesomeness of Beast, Cyclops as something other than a milquetoast boyscout… it’s all here.

Of course, there’s much more than that, and New X-Men sets the stage for all X-events to come. Even universe-wide events like House of M are fairly reliant on details on developments from within this series. It’s a must read, both for quality comics and influential storylines. 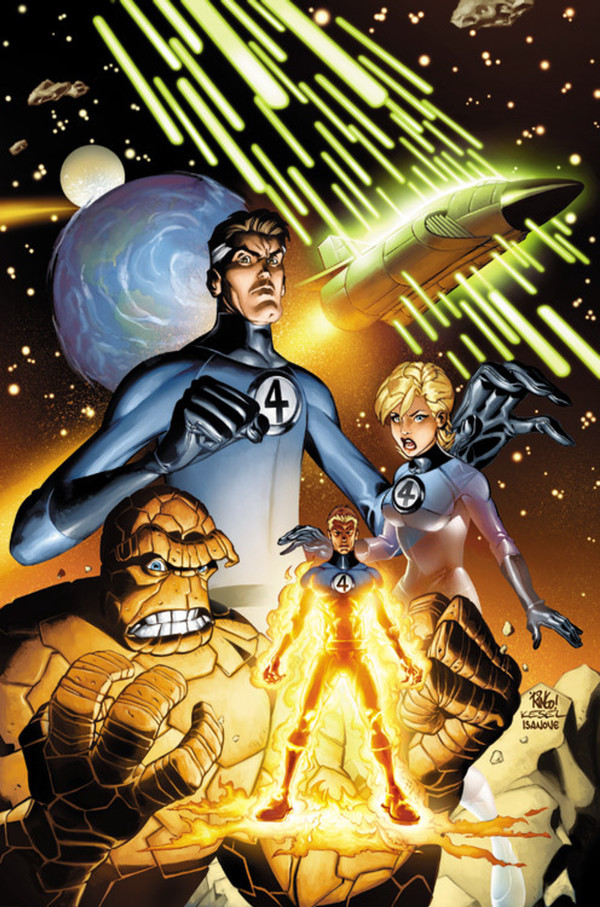 Much like New X-Men, Waid & Wieringo’s run on Fantastic Four finds the intersection of best comics of the decade, and most essential story lines. In many ways, the urge to include this series is because it’s the best Fantastic Four comic arc I’ve ever enjoyed. Until Jonathan Hickman’s more recent run on the title, it was the best recent arc by a wide margin.

So what’s essential about these issues of Fantastic Four? For starters, any guide to the Marvel Universe without Marvel’s first family is flat out going to feel incomplete. And aside from best-in-class characterization and plotting, Waid & Wieringo also give us major developments for the Fantastic Four family. Most importantly, a certain Doctor you may know and love becomes entangled in a certain kind of Doom that will come into play in later Marvel events. 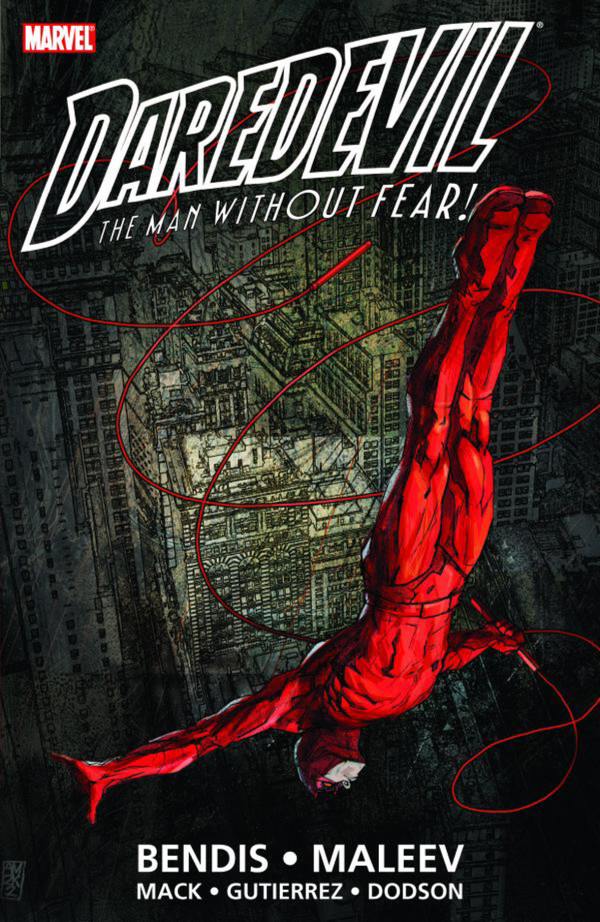 Despite the pedigree Frank Miller brought to the character, I can understand some skepticism surrounding the man without fear’s impact on the Marvel Universe as a whole.

Nonetheless, the “Out” story arc, and writer Brian Michael Bendis’ proximity to the character make Matt Murdock one of the major Marvel players. These are great, thought-provoking superhero stories, and Alex Maleev’s shadowy lens on crime make them some of the most interesting books to look at on this list.

A note here that unlike New X-Men and Fantastic Four, the Daredevil issues in this collection overlap several of the trades and stories to come. 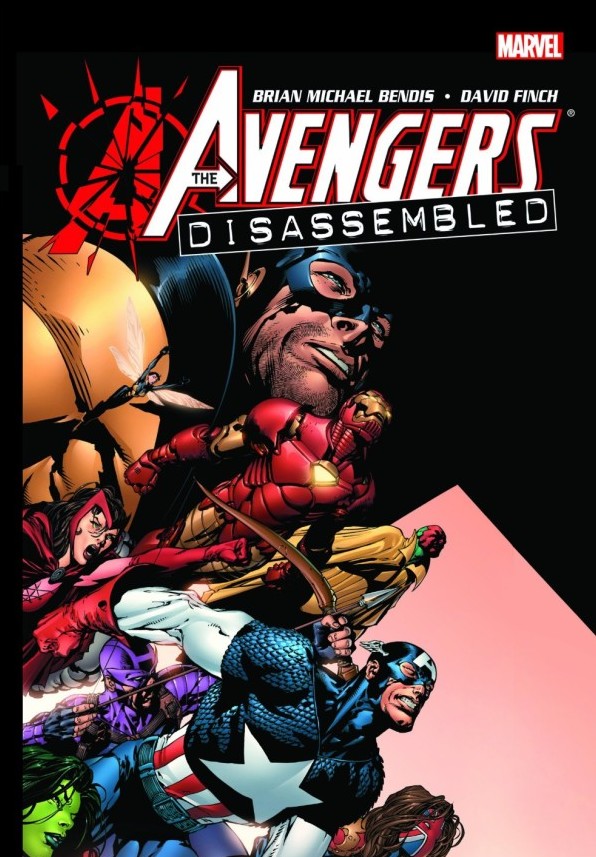 And the age of events begins. It doesn’t take much beyond the story title to make it clear the impact these issues will have on the Marvel Universe as a whole, but the actual story is even more devastating than it sounds. For the curious, here’s my detailed guide to tie-ins and issues in Avengers Disassembled. 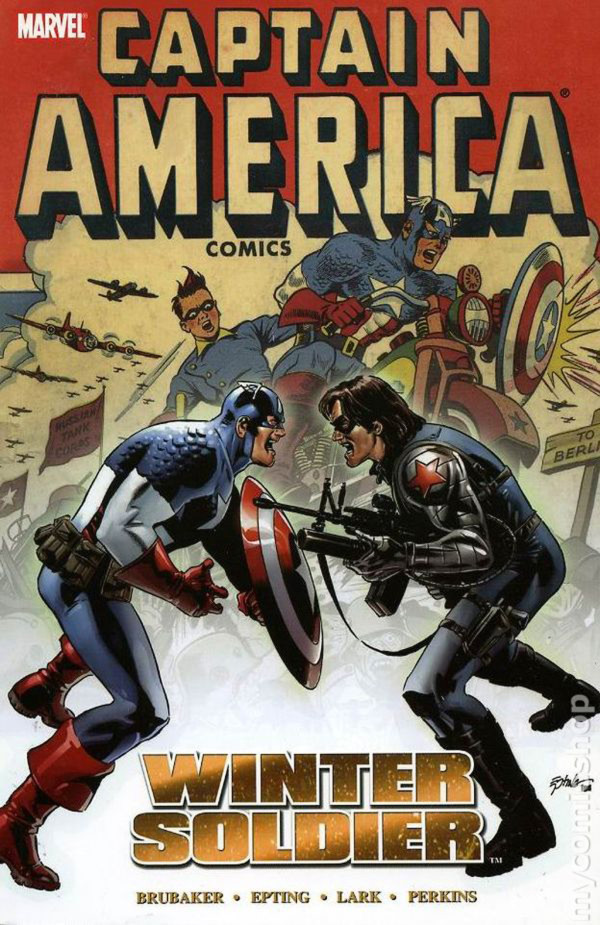 Brubaker & Epting’s Cap transformed the character from an easily dismissed boyscout to the leading hero of the modern Marvel Universe. Aside from revitalizing Steve Rogers, this Captain America omnibus also gives us some of the most monumental character deaths, resurrections, and mysteries of the decade. This isn’t the last we’ll see of this outstanding creative team on this list. I’d note that the next item on our list (Secret War) can be read before Cap #16. An additional note that issues #23 through #25 and the Winter Soldier one-shot from the omnibus tie into Civil War. 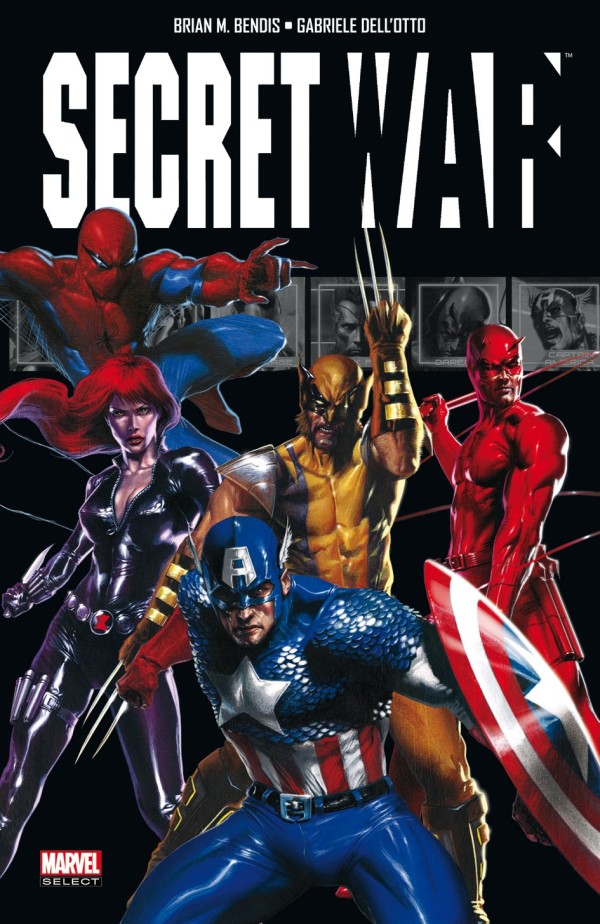 5 issue mini-event about Nick Fury’s covert dealings with Dr. Doom’s Latveria. Secret War often flies under the radar during discussion of major Marvel events, but it has major ramifications for Nick Fury and S.H.I.E.L.D. If that’s not enough to convince you it’s important, I’ll just mention that Wolverine gets mad. Like, really, really mad. 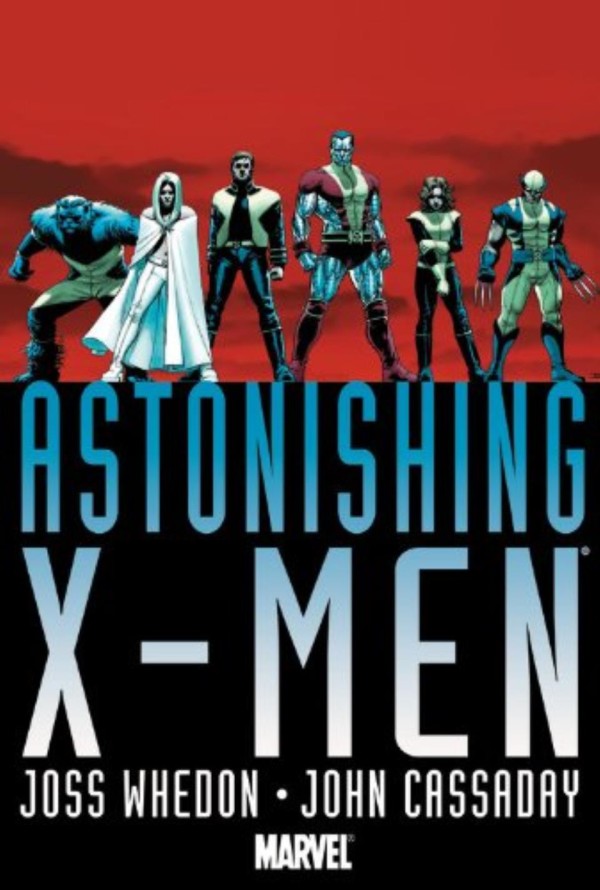 Aside from being one of the best comic collections of the decade, featuring stories from Avengers director Joss Whedon, Astonishing X-Men goes a long way to explaining the pre-House of M state of the X-Men. Admittedly, Astonishing X-Men is more essential in terms of excellence, and less so in terms of story. Nonetheless, you won’t regret reading, and in many ways, Astonishing begins laying the groundwork for themes explored later in Avengers vs. X-Men. 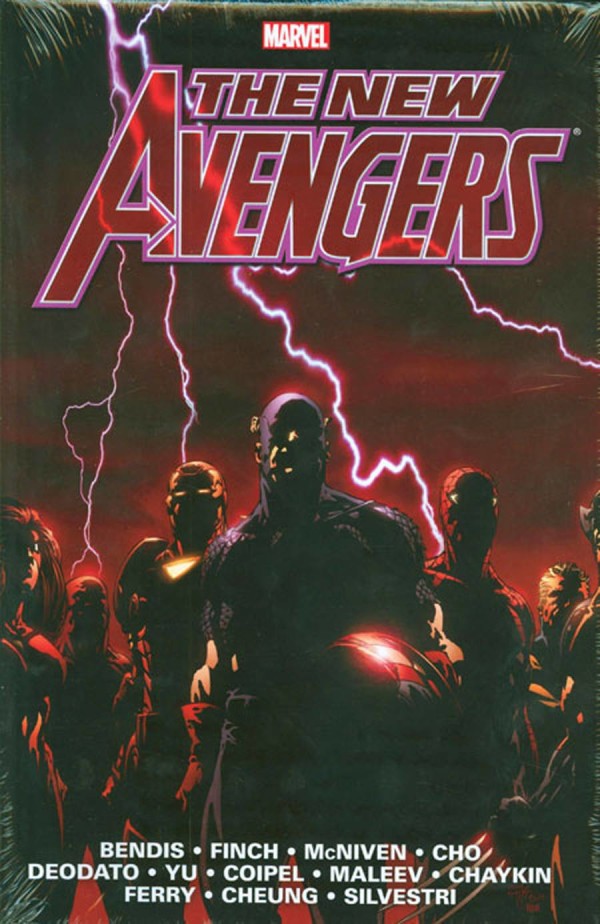 You didn’t really expect that Avengers: Disassembled thing to ruin things forever, did you? New Avengers starts putting the band back together, although in a way Marvel’s never seen before. A note that the New Avengers omnibus includes the Avengers Disassembled issues as part of its package. Additionally, you will want to start New Avengers #16: The Collective after reading House of M. 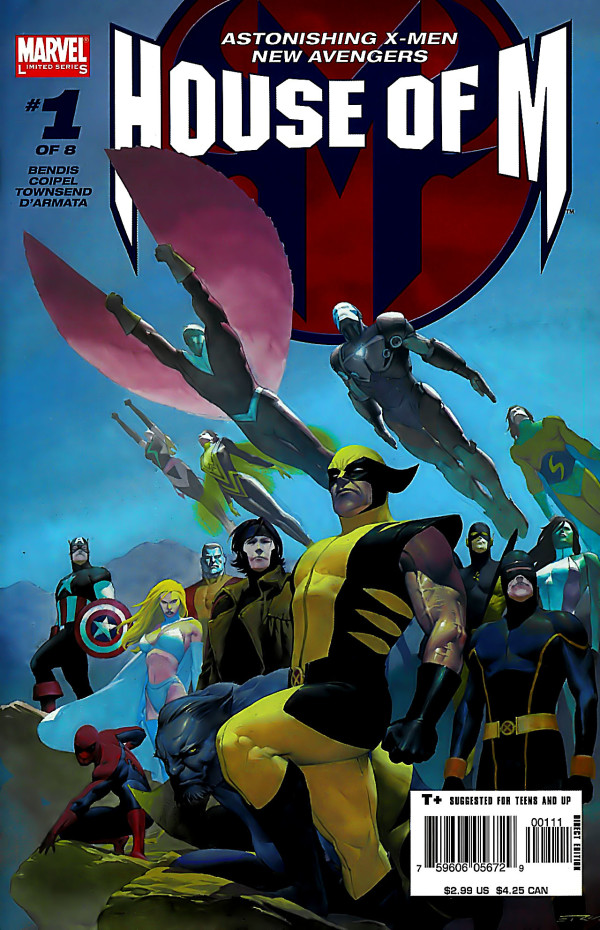 I’m a sucker for alternate universe stories, and House of M is right in my wheelhouse. Quite possibly my favorite Marvel event from the decade, and one frequently referenced throughout the remainder of the decade. 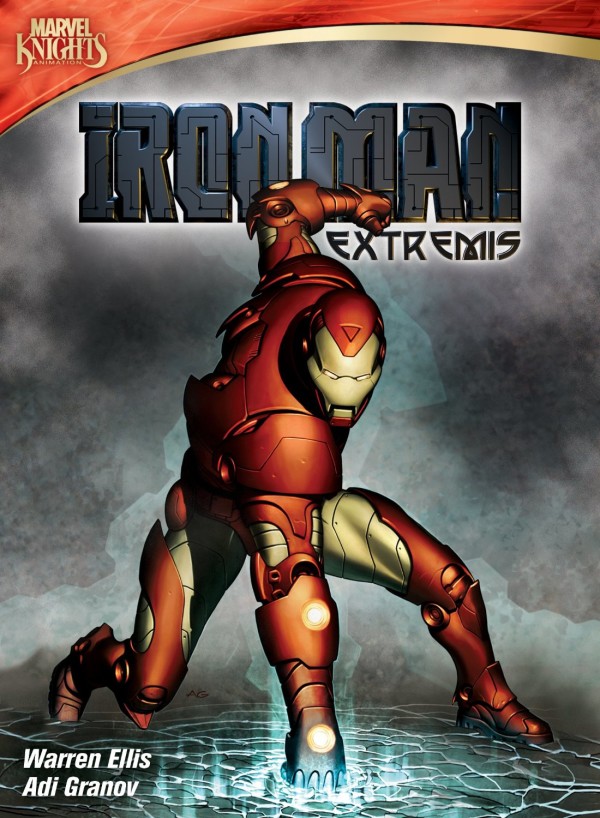 It took Warren Ellis six issues to completely define and revitalize Iron Man for the 2000’s, which is of course why he’s Warren Ellis and we are mere unwashed masses. The story here has played a pivotal role in all three Iron Man movies, as well as Marvel’s Agents of SHIELD. It also goes on to establish Tony Stark’s place in the Marvel Universe to come. 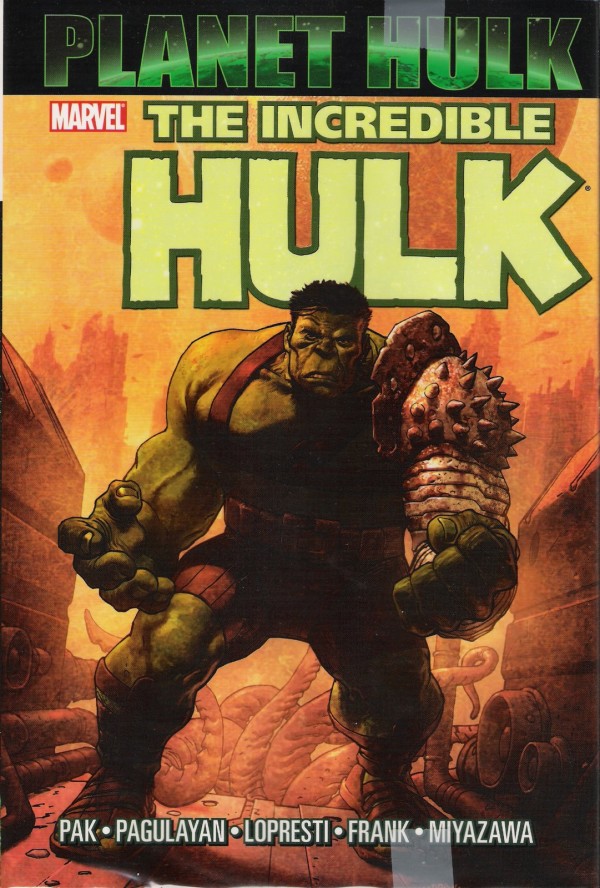 Hey remember the Hulk? Big, green, tear a city apart in a blink Hulk? Well Marvel’s elite minds decided to shoot him off into space. Right, no way that comes back to haunt anybody. Fortunately, it also produces one of the best Incredible Hulk stories in years and sets the stage for the return of a whole new kind of Hulk. 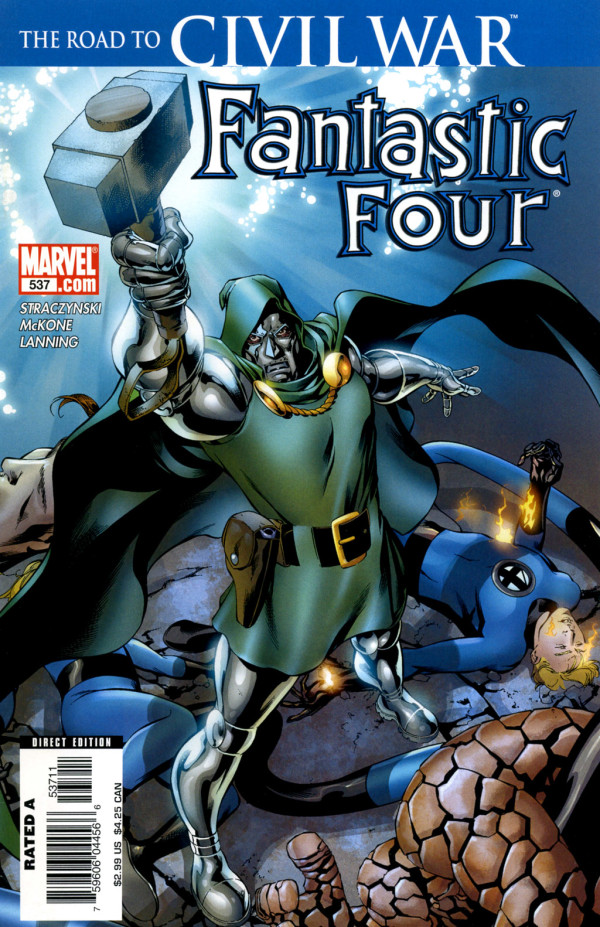 Civil War is the most popular Marvel event of all time, so it only makes sense to include some preliminary reading to set the stage. The Road to Civil war trade explains Spider-Man’s connection to Tony Stark, and brings back a few old friends in the pages of the Fantastic Four. Even cooler, the trade introduces Marvel’s Illuminati, the clandestine meeting of the minds that shapes the Marvel Universe. 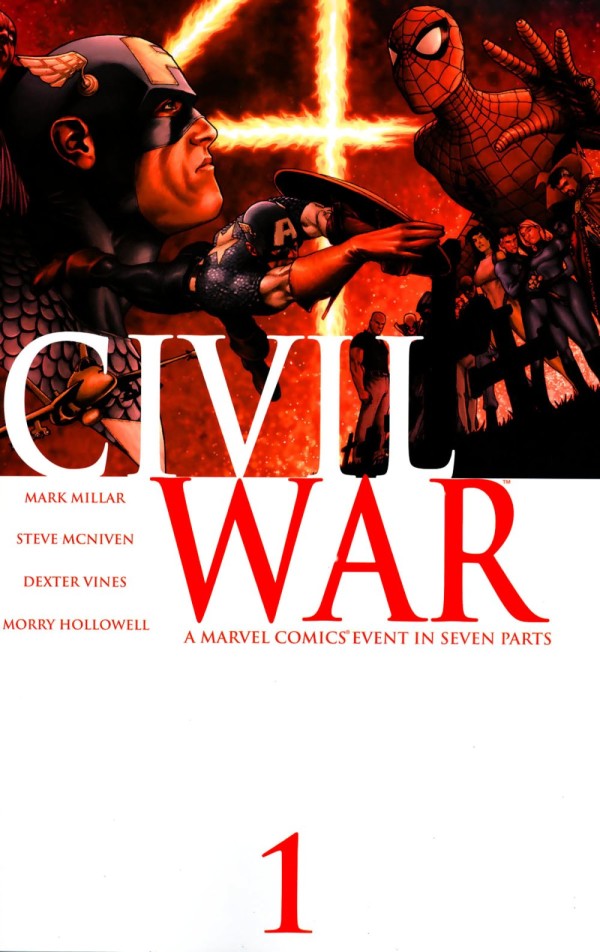 It’s the most popular, best selling, most talked about Marvel event of the decade. It doesn’t get much more essential than this. 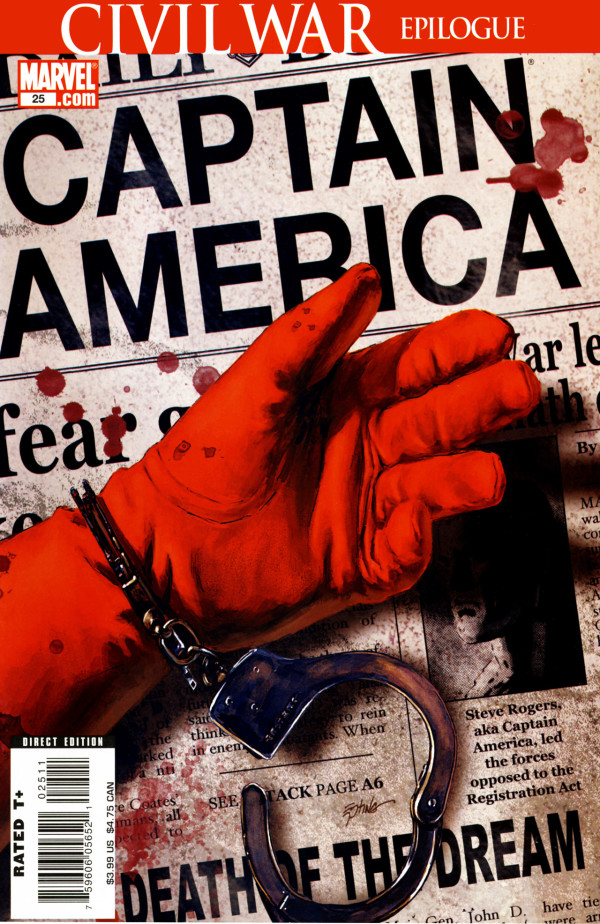 Brubaker & Epting are back with more Cap, although the story title here is a clear indication that things might not be going so well for Steve Rogers. An essential follow-up to Civil War and one of the biggest Marvel stories of the decade.

Read the Death of Cap on Marvel Unlimited 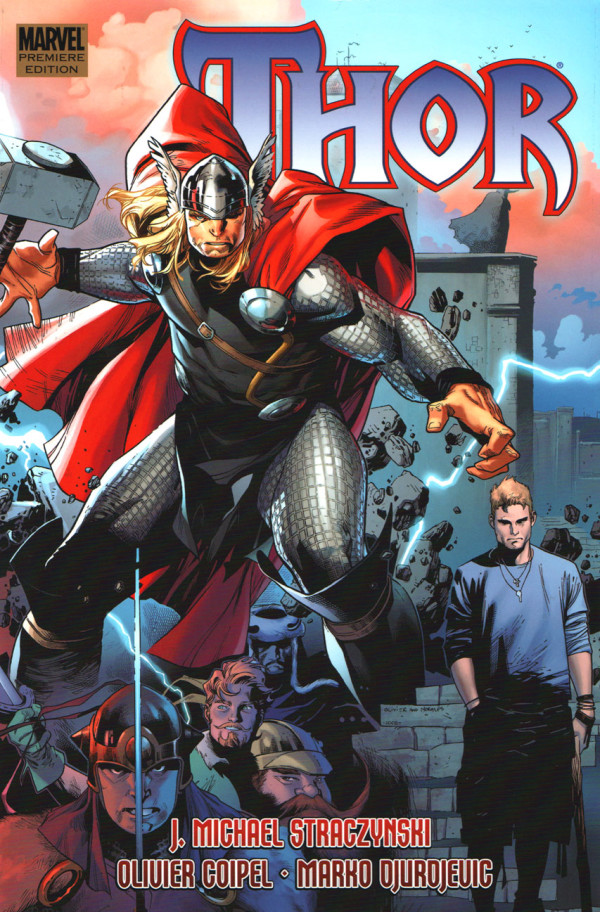 There’s been a sore lack of Asgardian Gods of Thunder on this list so far, and that’s about to change with the return of the Mighty Thor. This is another really fun series with major ramifications on the Marvel Universe as a whole. 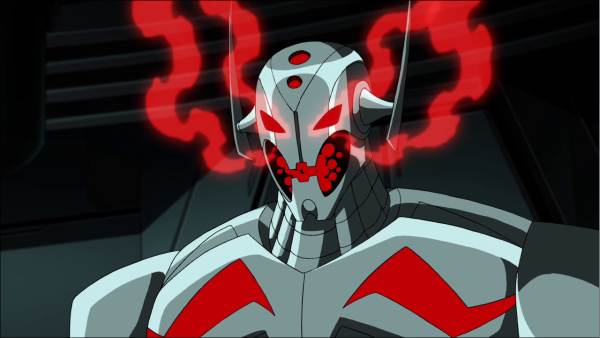 Civil War really does a number on the state of all things Marvel. Iron Man is led to create a new Avengers team, giving us the Mighty Avengers in their first ever adventure. Of course, things don’t go smoothly, leading to the return of Ultron, and setting the stage for future Ultron related dealings. 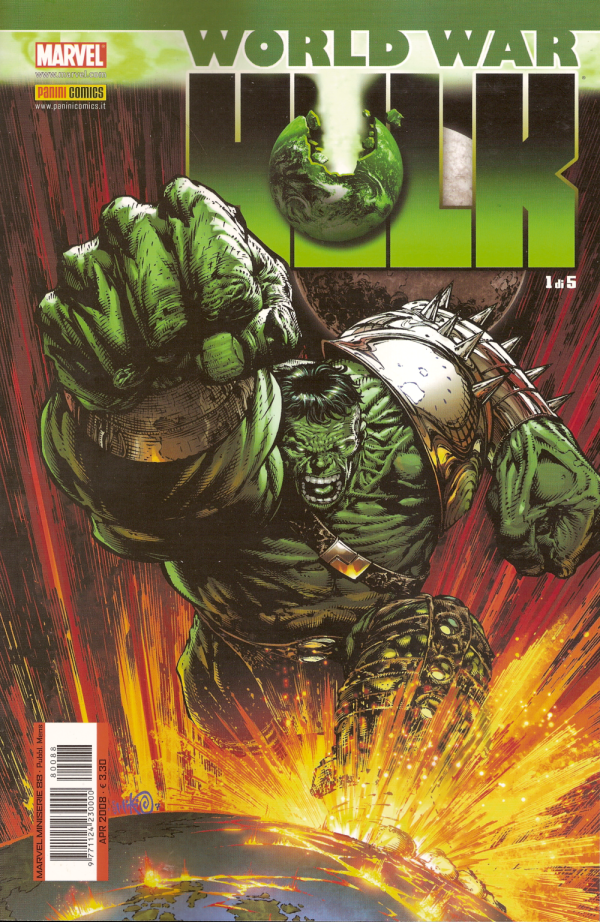 He’s not happy you guys. He’s just really not happy. One of the most enjoyable action series in the Marvel U. 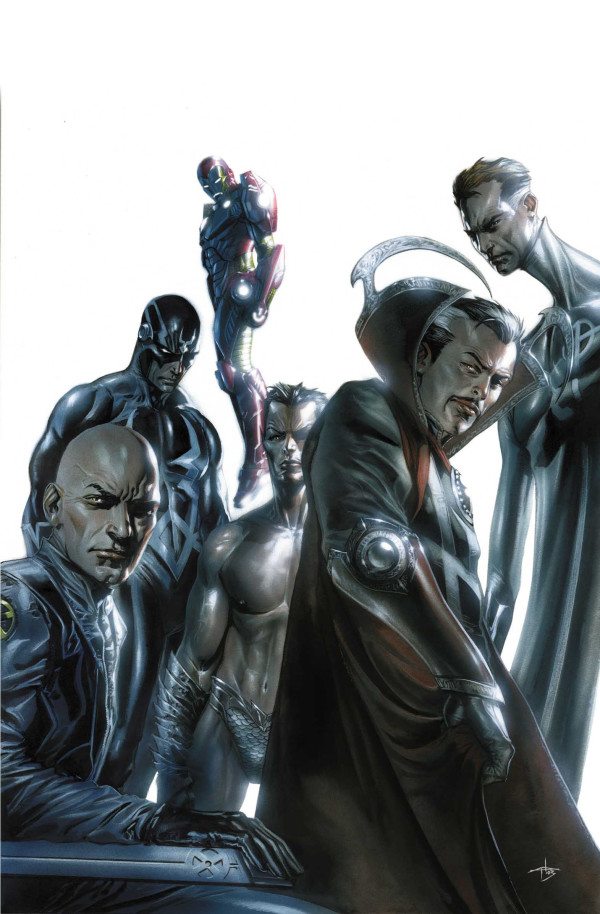 Of all the major stories and creations from Brian Michael Bendis in the 2000’s, the Illuminati might be my favorite. Reed Richards, Dr. Charles Xavier, Tony Stark, Dr. Stephen Strange, Black Bolt, and Namor, meeting in secret to decide the fate of the universe. It’s the absolute coolest, and of course, it sets the stage for so many major storylines to come. 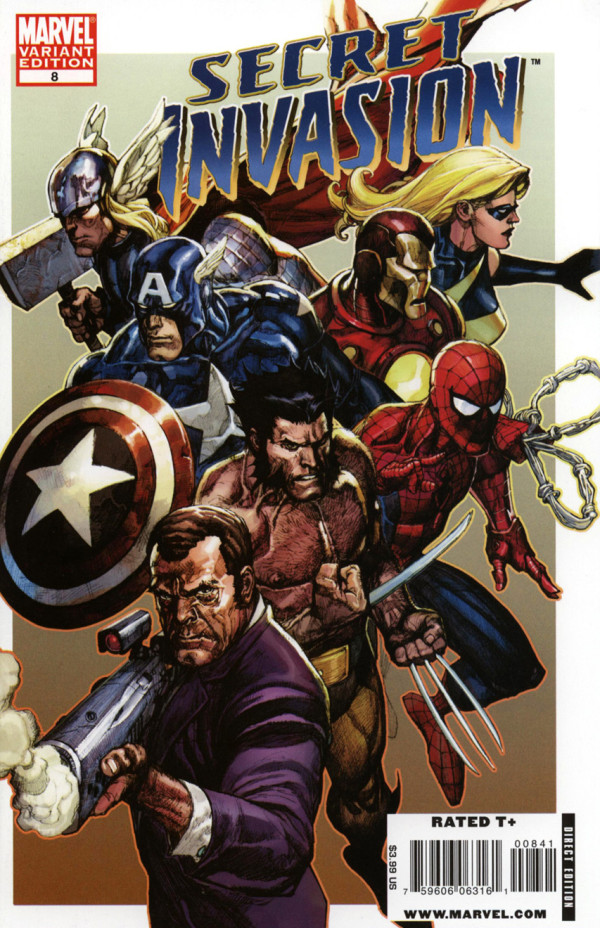 Although Civil War gets all the accolades for sales, Secret Invasion is actually the climax of the mystery and intrigue set in the pages of New Avengers and the Illuminati. At its weakest point, the Marvel Universe faces a full infiltration from one of its deadliest rivals. 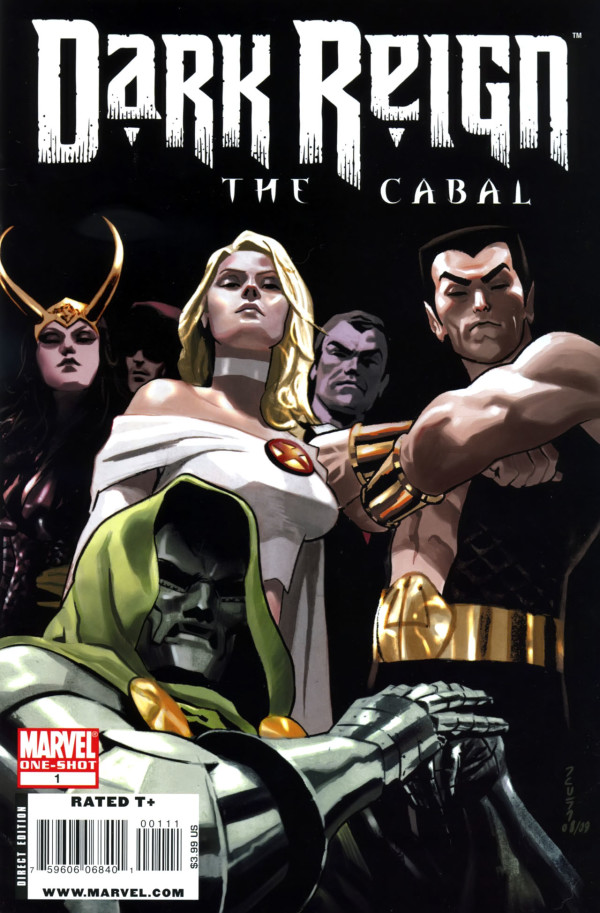 The aftermath of Secret Invasion leads to Dark Reign, a Universe-wide change in the status quo of the Marvel Universe. Suddenly, it looks like the bad guys run the world. While you certainly can dive head first into all of Dark Reign, the simpler solution is this variety of issues collected in trade form. The trade includes: Dark Avengers #1, Dark Reign: The Cabal, Thor #600, Dark Reign: The List – Avengers, New Avengers Annual #3, Dark Reign: The Goblin Legacy, and Marvel Spotlight (1971) #30. 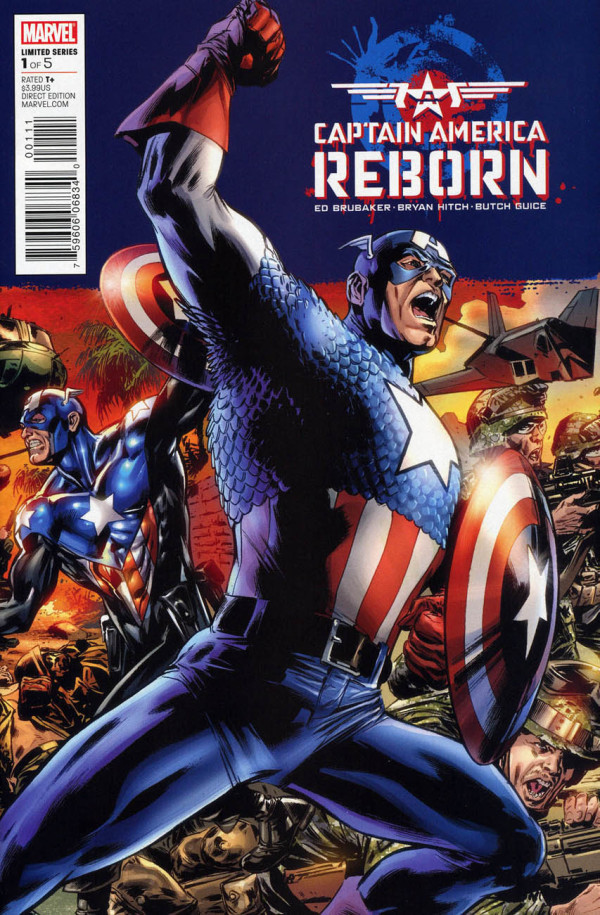 Three guesses what this one is about. The culmination of the essential Brubaker Cap story arcs. 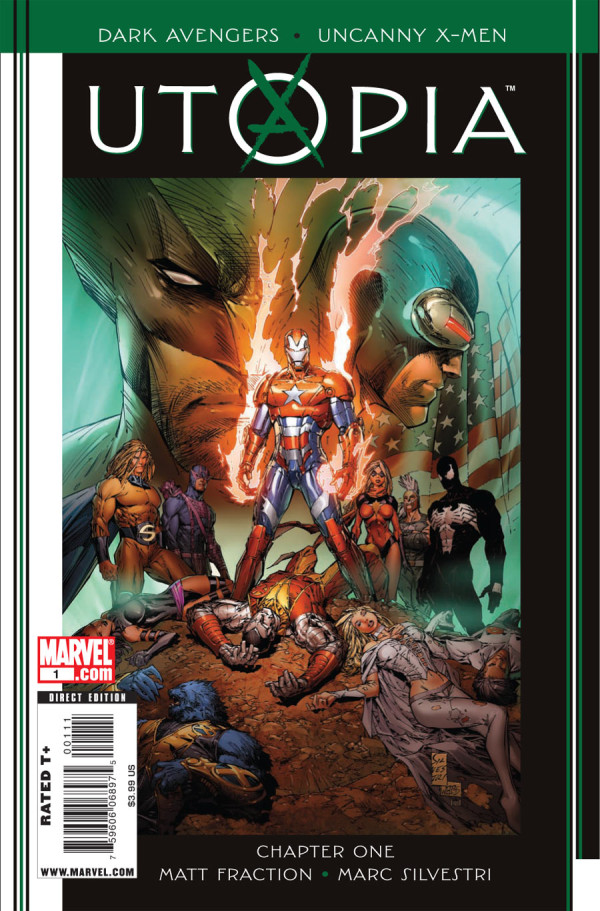 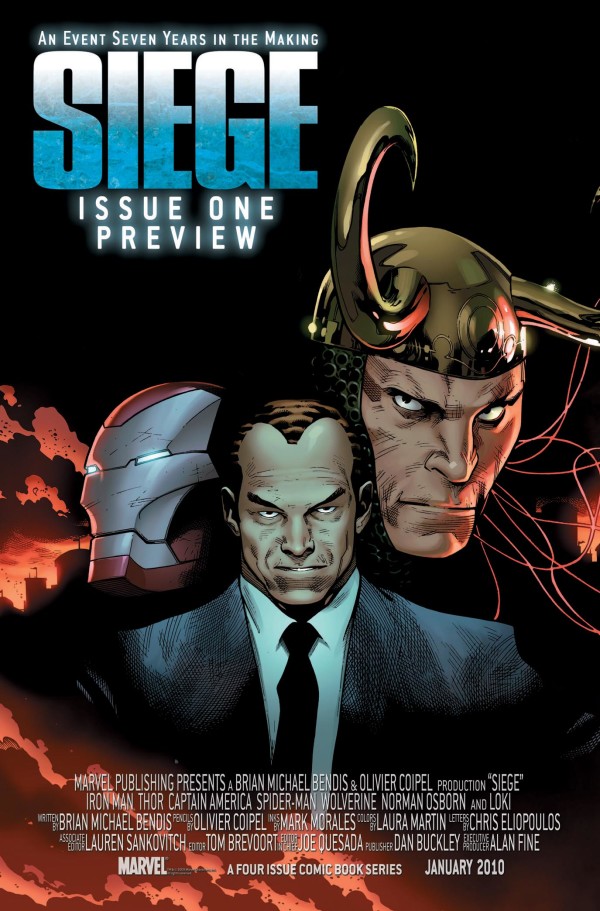 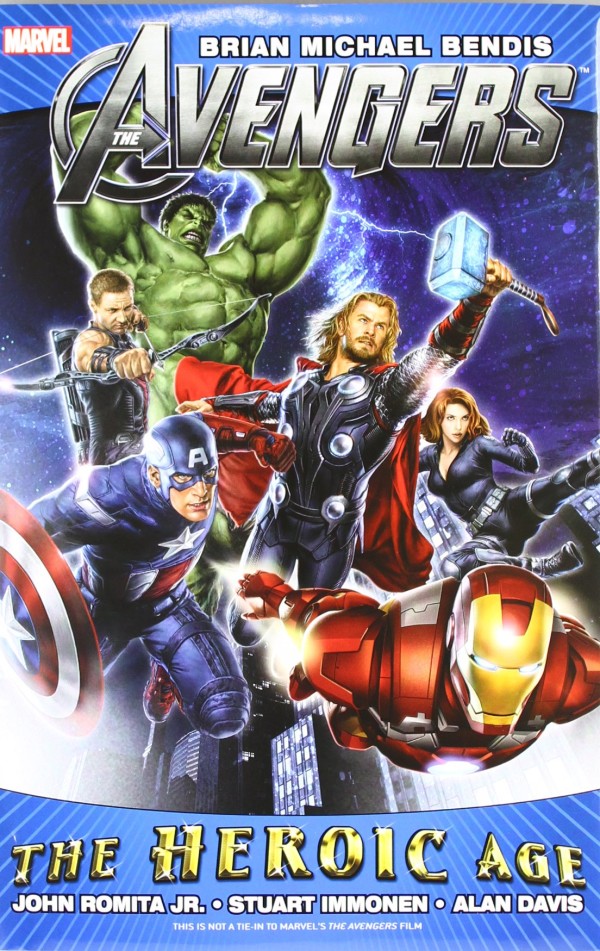 The Heroic Age follows Dark Reign, and nothing will get you up to speed with the new era like the Avengers titles. Avengers: Prime in particular gives us a Cap, Iron Man, and Thor story in the immediate aftermath of Siege. COLLECTING: Avengers 1-6, Avengers Prime 1-5, New Avengers 1-6 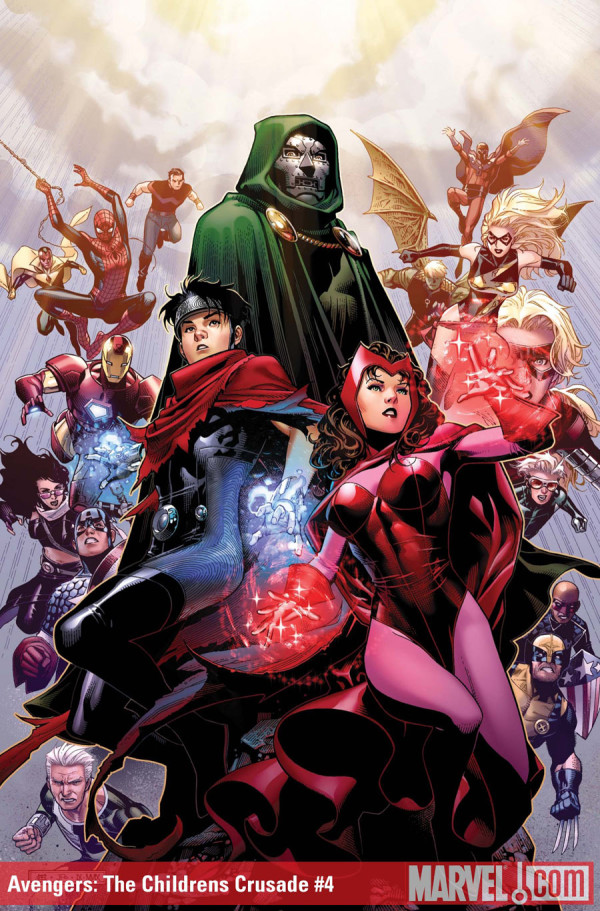 Is this totally cheating in order to hit 25 trades? Yeah, pretty much. Nonetheless, Young Avengers: Children’s Crusade is notable for concluding the Scarlet With saga that began all the way back in Avengers Disassembled. 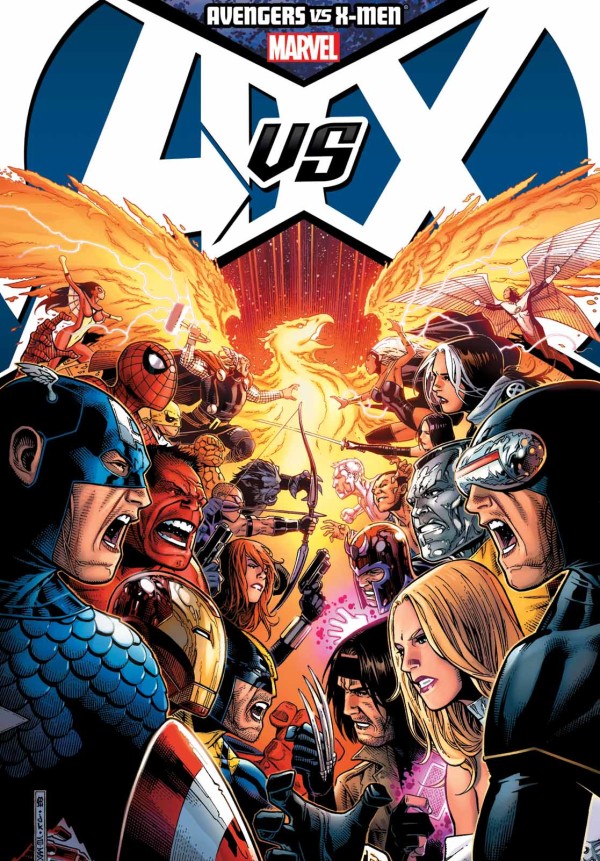 So it’s clear, in getting to Avengers vs. X-Men, I bypassed Fear Itself, Chaos War, and Age of Ultron. While all three of these Marvel events occur before Avengers vs. X-Men, I assure you this is intentional, and not just general carelessness or laziness (although there’s plenty of that in my life). Even though I’m one of maybe 7 Marvel fans willing to admit I kind of really enjoyed Age of Ultron (stop throwing things!), it just doesn’t have much of an impact on the state of the Marvel Universe. Same goes for Chaos War and Fear Itself. They’re varying degrees of worthwhile, but they aren’t the type of events that change the status quo or get referenced moving forward. Avengers vs. X-Men? It gets referenced constantly moving into Marvel Now! While the event title might seem like little more than the Capcom-ification of comics (everybody fights!), this is a pretty interesting story with all your favorite Marvel Characters. And just like they promise: things will never be the same. In the Marvel Universe, that’s always a good thing.

To continue enjoying Marvel comics, I recommend Comic Book Herald’s Marvel NOW! fast track which will take you through the essentials of 2012 to 2015.