From 1984 to 1985, Secret Wars became Marvel’s first limited series event impacting Universe wide continuity. 30 years later, Secret Wars (not to be confused with 2004’s Secret War) is back with the biggest Marvel event since Age of Apocalypse. Below you’ll find 30 years of Secret Wars continuity, with reading orders for all related events and background reading for 2015’s all-new Secret Wars. 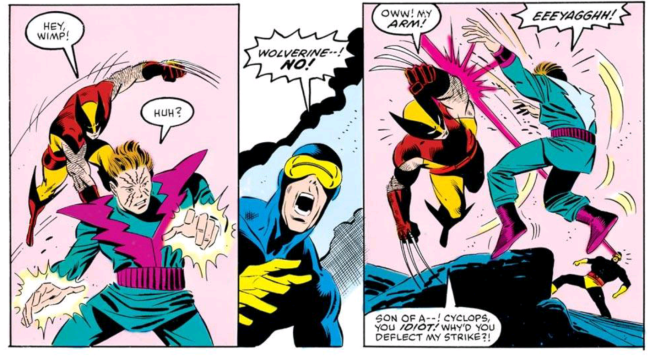 The Secret Wars guide below is pretty expansive, so if you want to cut the fat, here’s a fast track trade reading order to get you up to speed. Marvel released a Secret Wars: Prelude trade that ostensibly should do the same thing, but personally I think it’s a pretty limited collection.

The Time Runs Out trades collect issues from both Avengers and New Avengers. If you’re doing the fast track, I recommend utilizing the full Hickman Avengers reading order below for the proper issue by issue order here.

Before you read Avengers #41 in the Time Runs Out Volume 2 trade, I recommend jumping to the Marvel Ultimate Universe background reads below. Note that this may be a cold splash of Ultimate Universe introductions if you’re unfamiliar, but it’s worth it.

For the most part, you can read the original twelve issues of Secret Wars without paying much attention to the prelude tie-ins that announced the coming of Secret Wars. They largely just allude to a powerful presence before our heroes and villains find Battleworld hanging out in Central Park and are shot off into space.

Doubles as a pretty excellent Hobgoblin story that you could go all the way back to Amazing Spider-Man #238 for the full effect. Not necessary, but a good read for Spidey fans.

Also, while you’re in the neighborhood, I highly recommend you read Amazing Spider-Man #248. This has nothing to do with Secret Wars, but the issue includes “The Kids Who Collects Spider-Man,” which is one of the finest Spider-Man stories of all time.

These issues actually go a long way to help explain the current state of the Hulk as we enter Secret Wars.

After the Secret Wars Tie-Ins

Nonetheless, you are probably a braver soul than I, and the order for the event can be found below.

Special thanks to the bravest of souls, Dan Molden, who created the updated Secret Wars II guide below!

The Beyonder takes a backseat for a while until the unofficial “Secret Wars III” a series of issues in Fantastic Four and Fantastic Four Annuals. These are for Beyonder completists, as these issues explain much of the Beyonder’s origins, and a huge transformation in his status in the Marvel Universe moving forward.

Note that the relevant annual issues are not on Marvel Unlimited. The rest are.

Jim Starlin’s 2003 to 2004 run on Thanos reintroduced the Beyonder to the Marvel spaceways in a story deeply versed in Marvel cosmic lore. The story would carry over in part all the way to the mid-2000’s Annihilation event.

Thanos Meets the Beyond Trade Collection

Note that this Annihilation tie-in is going to make somewhere between zero and NO sense if you aren’t reading Annihilation as a whole. Not necessary for the Secret Wars experience, but a great read nonetheless.

While Jonathan Hickman’s New Avengers is all the rage these days (and rightfully so), it was Brian Michael Bendis and Jim Cheung’s New Avengers: Illuminati that launched Marvel’s clandestine heroes making the choices that only kings, geniuses, and sorcerer supremes could make. The third issue of this series found the team of Iron Man, Professor X, Mr. Fantastic, Dr. Strange, Namor, and Black Bolt encountering The Beyonder.

The story would retcon the Beyonder’s origins as we know them, although it is unclear – still – if this revelation is in continuity.

Here we come to Jonathan Hickman’s intertwining run on Avengers & New Avengers, with the former series dealing with Earth’s Mightiest Heroes in their well known heroic incarnation, and the latter dealing with the Illuminati in a thankless moral death spiral.

For even more awesome background, I’d also point you to Hickman’s Fantastic Four. Not required, but starts building some of the same concepts we see in Avengers.

Above order includes Avengers #29 through #34, and Original Sin #1 through #8

A couple Remender-verse Avengers reads will go a long way to explaining the state of the Marvel Universe in “Time Runs Out.”

Ok actually, if you’re in a hurry, you really could just skip Axis. Hickman largely ignores the event, and although it generates the Superior Iron Man, you could infer your own reasons for Iron Man’s status quo change simply based on the events of Avengers and New Avengers.

This Avengers World issue was actually published after the majority of “Time Runs Out” in Avengers and New Avengers. It fills in some of the story involving Sunspot, Smasher, and Cannonball prior to “Time Runs Out.” Chronologically it fits here, but you could conceivably skip and come back to fill in the details.

Update: Having now completed the Avengers World tie-ins, I would personally recommend you read the Avengers / New Avengers saga, and then come back to these later if you’re really jones-ing for more. Not required reading. Placed in order below nonetheless.

Both these Avengers World issues are published later than this, and in fact, Avengers World #18 actually has a “See Avengers #37” reference. That said, the story makes the most chronological sense before the events of Avengers #36. If you want the “as they were released” experience, though, go ahead and read both after Avengers #37, and just know they’re flashbacks.

This is a recent revelation, but it is now clear that Jonathan Hickman’s time spent writing twelve issues of Ultimate Comics Ultimates (2011 through 2012) is going to be instrumental in his Secret Wars series.

You have a couple of options here: You can read ONLY Hickman’s run and be done in a couple hours, or you can get the backstory that helps Hickman’s run make any sense. Or, you could just up and read the entire Ultimate Universe in order, since it’s coming to a close real quick like.

Again, reading this background before Avengers #41 will help you make the most sense of “Time Runs Out.”

We’ll skip over the vast majority of Ultimate Fantastic Four for the purposes of this order. Nonetheless, the intro gives you the origins of Ultimate Reed.

Again, if you want the full Ultimate experience, there is a fairly essential Spider-Man story that comes before this.

The above constitutes a Cataclysm reading order, which effectively brings you up to speed with Reed Richards and the Ultimates in the Ultimate Universe.