Ever since I picked up the Black-and-White Vertigo Comics series Punk Rock Jesus on a comic shop impulse whim, I’ve been hooked on the art and storytelling of Sean Gordon Murphy. That trend continued through his incredible art on books like The Wake and Tokyo Ghost, ultimately building to his star turn with DC’s Batman: White Knight universe.

Starting in October 2017, Murphy launched Batman: White Knight with a storyline where the Joker – here in his Jack Napier alter ego – effectively “breaks good.” The work imagines an alternate Batman, Joker and Gotham, with Murphy’s vision driving many Batman 1989

and Batman: The Animated Series elements into the familiar mythos.

Conceptually, White Knight is far from the first time a Batman creator has imagined Joker turning over a new deck of cards (there are moments like this as recently as Scott Snyder and Greg Capullo’s post “Endgame” New 52 Batman), but combined with Murphy’s appealing stylistic vision, the books have been an unquestionable hit.

Murphy’s White Knight is the honorary “true” launch of “Black Label,” as the highly successful original eight issues weren’t a part of the line until a retroactive inclusion for the collected edition.

Joker is finally made sane, and as Jack Napier takes on a political power to bring Batman to justice for his crimes. At its core, I view White Knight as a Joker story with Batman as a supporting character. 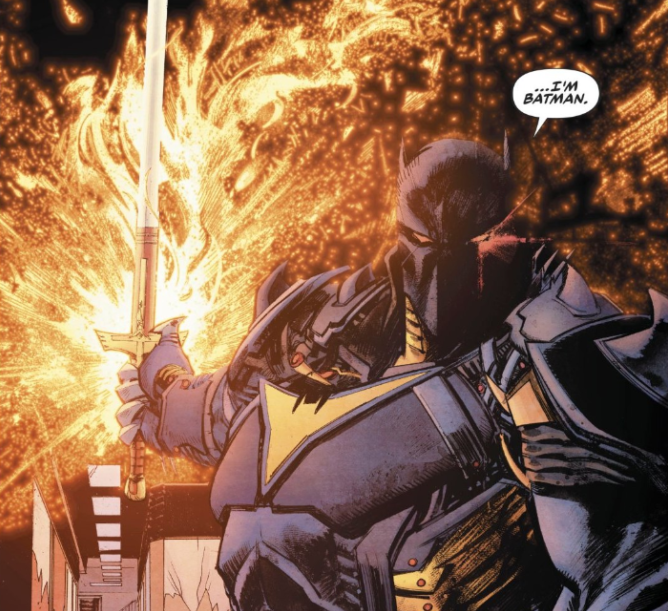 Part Two of the Murphy-verse is another eight issue limited series by Sean Murphy, with the “Von Freeze” one-shot including work by Klaus Janson.

Curse of the White Knight brings Azrael to town, as Murphy blends elements of Knightfall and oddly enough, the Telltale Batman video game

The “Von Freeze” one-shot was released between Curse of the White Knight issues #4 and #5.

Told 2 years after “Curse of the White Knight.”