The whole point of Comic Book Herald is to help you decipher which comics and collected trade paperbacks are worth your time and in what order to read them. More often than not, when a newcomer to the comic book scene asks for guidance on where to begin with Marvel Comics, they’ll hear “Start with Avengers Disassembled.”

This is not necessarily terrible advice, as Avengers Disassembled begins the Event-centric modern era of Marvel that continues to this day. Nonetheless, I’m avoiding this approach for one very big reason: the immediate material leading up to Avengers Disassembled is absolutely crucial in developing an understanding of the Marvel Universe that is to come. Plus, there are some of the best Daredevil, Punisher, and Fantastic Four stories of all time within this timeframe (just to name a few).

As a result, what you’ll find below is a spoiler-free reading order guide to the Marvel graphic novels originally published in the early part of the new millennium. A handful will even date back to the late 90’s, but for the most part, this is the Marvel Knights era of my favorite comic publisher, capturing exactly how Marvel built their way to Avengers Disassembled.

I hope that you’ll find the below guide useful. There’s a ton of great material here from a decade ago, as well as a ton of laughable material that nonetheless helps paint a complete picture.

Without further ado, this is the Marvel Universe up until the Era of Events. Devour as you so choose. 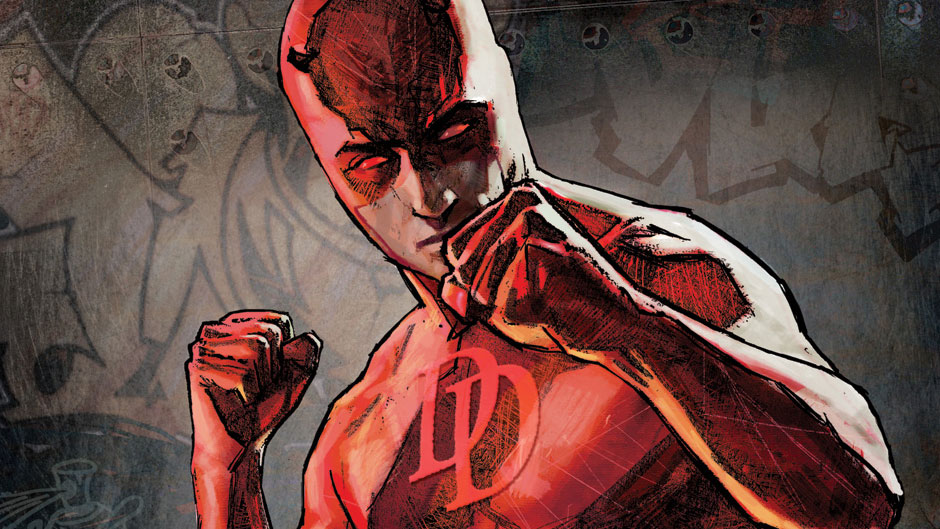 Note that Black Panther #25 is a Maximum Security tie-in. I’d recommend skipping until the full event is listed with Avengers Assemble Vol. 4.

This is as good a time as any to mention that if you truly want “just the essentials” for Marvel continuity, I have a fast track guide you’ll love.

Note that Marvel Knights #6 is a Maximum Security tie-in. I don’t list the full event reading order until a little later in the guide, so you can either skip that issue and save it for the full event, or just plow ahead with the series here.

From the CBH readers in regards to these issues: “Those 3 comics nearly made me pop out my eyeballs with a spoon, burn my iPad and cancel my MU subscription.” Reader beware!

Although I’m placing Kurt Busiek’s Avengers Forever very high in the reading order, I recommend skipping this volume if you’re very new to the Marvel Universe. This story is very reliant on the reader’s knowledge of previous Avengers’ history. If you’re sitting there like “Avengers, who?” I recommend making it through Avengers Disassembled and then returning to this volume.

The above section of the Busiek and Perez Avengers contains one of my all-time favorite Ultron stories in Avengers #19 to #22 (the Avengers #0 special is a prelude)!

If you’re reading via the trades, this volume will begin to weave in Busiek’s concurrent run on Thunderbolts in the crossover titled “The Nefaria Protocols!”. MU readers will find this Thunderbolts selection in the years (1997 to 2003).

Lockjaw and the Pet Avengers Unleashed

Lockjaw and the Pet Avengers was actually released in 2010 but can be read here. Far from essential, but a fun read.

Note that this volume of Avengers begins by crossing over with the Marvel Universe Maximum Security event. You can find the full crossover guide with Comic Book Herald’s Maximum Security reading order.

This is the Captain Marvel series beginning in 2000, written by Peter David with art by Chris Cross (awesome artist name). The Captain Marvel and Rick Jones relationship stems straight out of Avengers Forever, and the book is tied heavily to Marvel Cosmic. It’s a fun read, but books like Black Panther or Daredevil above will actually make easier starting places for those not as immersed in Marvel continuity.

This Captain Marvel listing can be pretty confusing in either trade or Marvel Unlimited form. As a result, I explain in a column in much greater detail which issues to read.

The Son of Asgard trade collects material published after The Death of Odin. Regardless, the stories within are of Thor’s youth and do not conflict with any ongoing continuity involving Odin and the state of Asgard.

Infinity Abyss is very much reliant on some knowledge of Thanos, and actually fits best within my complete Thanos reading order.

Killraven can be read just about anywhere as it stands outside the Marvel Universe. A fun sci-fi romp that happens to have been published by Marvel in 2002 around these other runs.

Despite the collected edition’s strict stance on only the issues created by both Brian Michael Bendis and Alex Maleev, I do recommend you read Daredevil #20 to #25 following issue #19 as well.

Alias is the absolutely fantastic story of Jessica Jones, one-time superhero Jewel, and current private eye with a whole lot of issues to work out. There are a handful of references to Bendis’ Daredevil above during this series, so I would recommend reading it after you’re familiar with DD.

Note that The Search for Cyclops is a prelude to New X-Men. You can survive without it, but it will fill in some blanks early on.

Both New X-Men and the previous Daredevil item span a number of years and trade collections. As a result, some books below will actually have earlier publish dates than the later volumes. This is intentional. Reading each complete work as a whole is preferable to a volume-by-volume approach broken up by trades with no bearing on the storylines. You should not be missing any information if you read these all the way through here.

The Emma Frost collection provides a detailed look into Emma’s past. It’s quality backstory for fans of the character, but provides little to no bearing on the events of New X-Men.

I recommend only to reading to issue #516 at this point!

Fantastic Four: 1234 technically occurs before the events of Mark Waid’s Fantastic Four. I would recommend reading the 1234 miniseries after, though, as it serves as more of a dystopian alternate reality than anything relating to mainstream continuity.

Note here that there are 5 “The Draft” one-shots including Kane, Marrow, Sauron, Wild Child, and Zero.

Note that Deadpool issues #58 to #61 are included in Deadpool Classic, Vol. 8, but can be read here after the Weapon X saga.

Note that Agent X is collected in its entirety across Deadpool Classic Volumes 9 & 10.

Spider-Man: Revenge of the Goblin

Check out the full Spidey guide, for a more specific breakdown and continuation of the Spider-Man reading order.

Short-lived 2003 run on the character. All 12 issues in Marvel Unlimited can be read here.

I’d make a note here that the Comic Book Herald faithful have labeled this series “so bad it hurts.” I’m still leaving it for reference and mostly because that makes me laugh. You’ve been warned.

Note here that this series is included as “4” in Marvel Unlimited.

The Avengers: The Complete Collection by Geoff Johns Volume 2