Black Panther! Brilliant, heroic, royal, and (before his movie) woefully underrepresented in Marvel Unlimited. Nonetheless, I’ve put together a reading order of T’Challa’s comics since his 1960s origin in Fantastic Four. 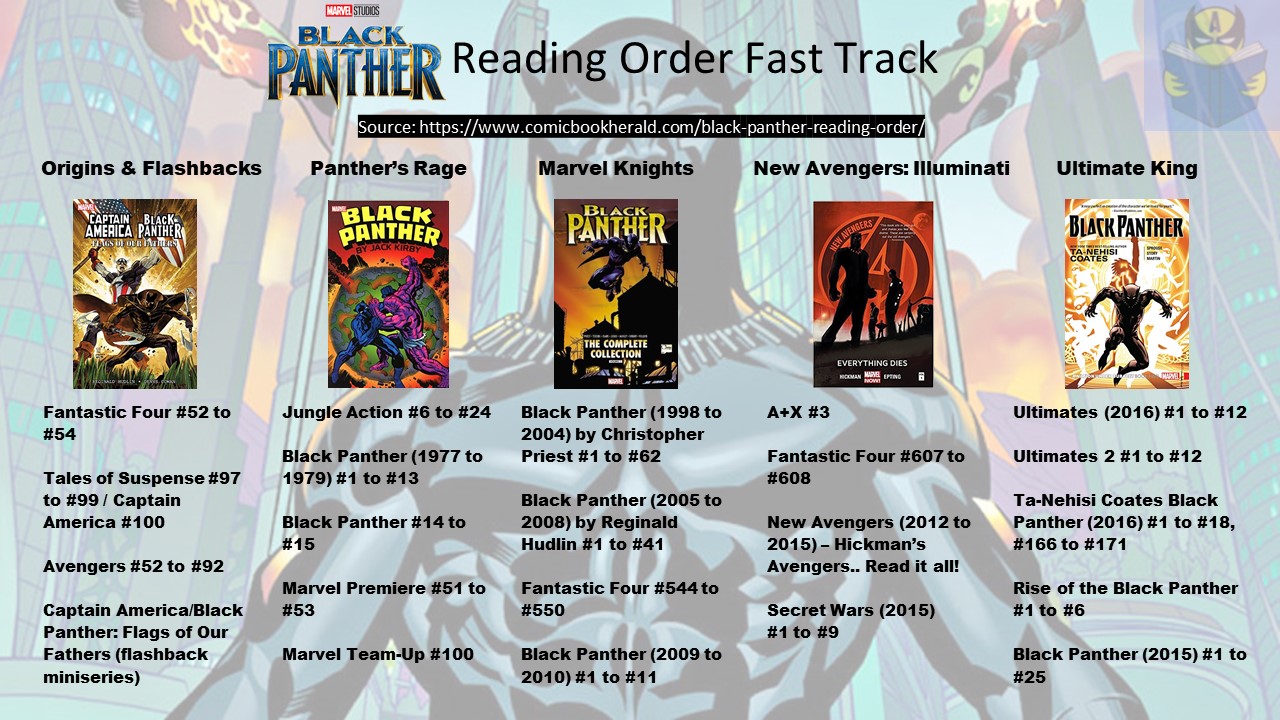 In the modern era of comics, Black Panther has been one of Marvel Comics most consistently excellent titles. Writer Christopher Priest kicked off a lengthy run on the character in 1998 as part of “Marvel Knights,” setting the stage for great stories all the way up through Ta-Nehisi Coates’ foray into writing Black Panther: A Nation Under Our Feet

Below you’ll find a guide to starting with Black Panther single issue comics and collected editions, broken up according to different eras of the character’s history.

Like many 1960’s Jack and Stan creations, Black Panther makes his debut in the pages of Fantastic Four. T’Challa’s first appearance comes smack in the middle of one of the hottest streaks in Marvel Comics history, with Jack and Stan wrapping “The Coming of Galactus” (FF #48 to #50) and “This Man, This Monster” (FF #51) right before heading to Wakanda. As if you needed more incentive, these original issues also showcase a sweet Wakandan softball game.

The premiere issue of Captain America’s solo comics (was previously a double feature with Iron Man in Tales of Suspense). Black Panther’s adventures with Captain America leads directly into…

T’Challa helps the Avengers deal with The Grim Reaper, and becomes a pretty regular Avenger from this issue forward, certainly at least until Avengers #92.

These classic Black Panther comics are seeing renewed interest following T’Challa’s appearance in Captain America: Civil War. While Marvel may remain wildly embarrassed that these Black Panther stories are in a mag titled “Jungle Action,” the content of McGregor and Buckingham’s “Panther’s Rage” is excellent.

You can also track down these issues in the Marvel Essential Black Panther Vol. 1

The return of the King from about 1976 to 1979 gave Marvel The Eternals, Devil Dinosaur, some action-packed Captain America stories (Kill-Derby!), and of course, this run on Black Panther.

The Panther vs. The Klan

While previously uncollected, the majority of these comics are either now available or at least in Marvel Unlimited! Thanks to Matt in the comments for the update.

Note that the Christopher Priest run on Black Panther is semi-recently collected into four big editions, and entirely available on Marvel Unlimited. This run is one of the very first comics series I recommend in Comic Book Herald’s complete Marvel reading order, and with good reason!

Reboots with new #1 which takes place during Dark Reign, and features our first woman in the role of Black Panther. Hudlin writes #1 to #6. There is a Black Panther Annual released same month as this Black Panther #1, and can be read either before or after the first six issues (Annual jumps to the future, so not a lot of overlap).

Klaws of the Panther

Black Panther: The Man Without Fear 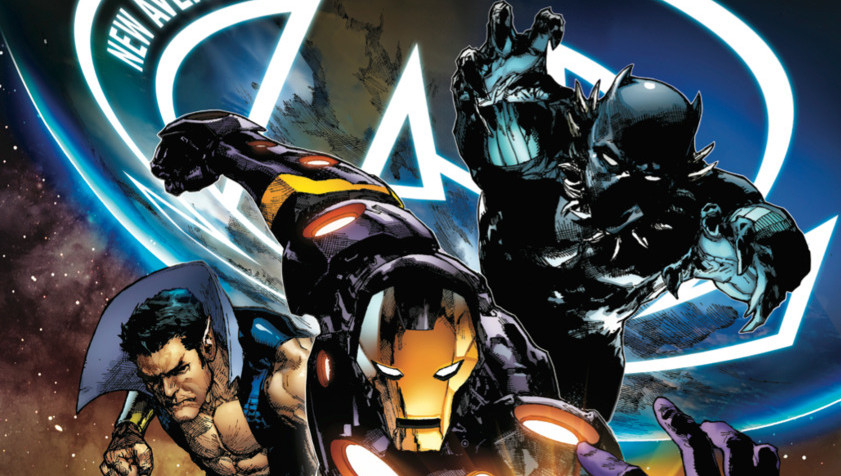 If you’re invested in this era of Marvel Comics, and the Black Panther, I highly recommend you take on Hickman’s Fantastic Four from the very beginning (Fantastic Four reading order). This will build up a lot of what’s to come in New Avengers and ultimately Secret Wars. Otherwise, these two issues are the Black Panther reads.

You could quite reasonably jump straight to New Avengers, with the knowledge that A v X plays an important role in the state of Wakanda.

It’s important to note here that Jonathan Hickman’s run on New Avengers begins to crossover with Avengers as the series approaches Secret Wars. I’d recommend checking out the Secret Wars reading order for a Hickman’s Avengers guide – it’s a great read even when Black Panther’s not involved!

Black Panther: A Nation Under Our Feet (Ta-Nehisi Coates Run)

Ultimates is without question one of Marvel’s best comics after Secret Wars (it was my #1 favorite of 2016), and Black Panther has a starring role on the cosmic superteam including Blue Marvel, Captain Marvel, Photon, and America Chavez.

Civil War II derails Ultimates a bit, but Black Panther makes a decision here with major ramifications for the team.

Black Panther: A Nation Under Our Feet Book

Black Panther: A Nation Under Our Feet Book 2

Black Panther: A Nation Under Our Feet Book 3

Black Panther & the Crew: We Are the Streets

Collects: Black Panther And The Crew 1-6

The Intergalactic Empire of Wakanda

Rise of the Black Panther

Collects: Rise of the Black Panther #1 to #6

Shuri: The Search for Black Panther

Collects: Black Panther vs. Deadpool #1 to #5

Black Panther: Killmonger – By Any Means