You are here: Home / Featured / Where To Start With An Elektra Reading Order 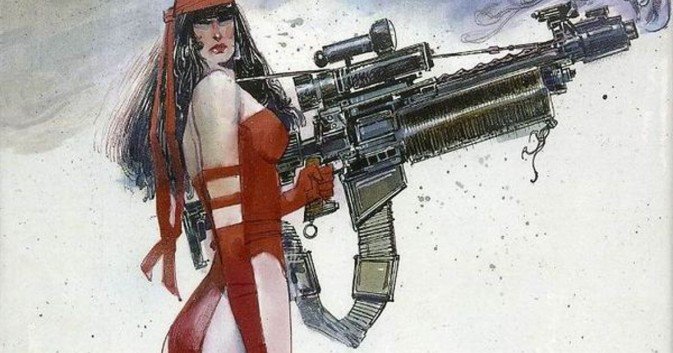 Although she’s not in every Frank Miller Daredevil issue, Elektra makes her debut in the first Daredevil comic Miller wrote and drew (Daredevil #168). As Daredevil fans know, I highly recommend the entire run up through Daredevil #191 (February, 1983), but the above recommendation will get you the essential Elektra, including her interactions with DD, Bullseye, and Kingpin.

This graphic novel from Frank Miller and Bill Sienkiewicz is quite simply the boldest, most adventurous, most ambitious, most superlative-ist book any major Marvel character saw from 1961 to 2000.

Note that this comic is for mature readers, and is not (and likely will not be) on Marvel Unlimited. 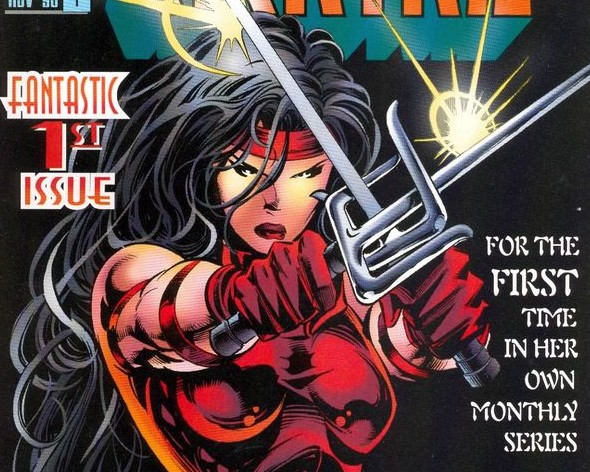 It takes a good long while before Elektra is brought back into the Marvel Universe, but she finally is during this mid-90’s period on Daredevil. As is becoming a recurring theme, these Daredevil issues are not currently scanned in Marvel Unlimited.

Elektra solo series that launched in 1996, collected for the very first time!

Less essential, but fairly fun exploration of the Elektra and Wolverine relationship, as the two killers team up during the Onslaught Saga. This is partially available on MU (Wolverine #104 to #105).

Speaking of Onslaught, though, these issues of Wolverine are totally tied into the Onslaught Saga. I’d recommend checking out the full Onslaught epic order if you’re interested in this making more sense. 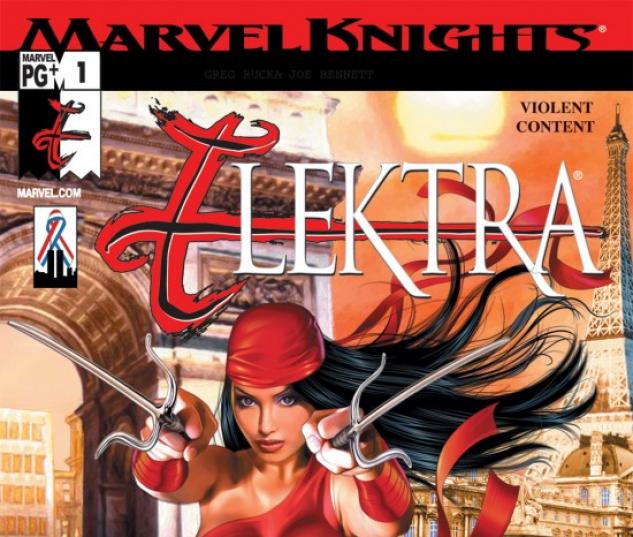 There’s an interesting compare and contrast you can do with Bendis’ handling of Elektra compared to Jessica Jones, the character he was inventing and developing in the pages of the excellent Alias

at the same time.

In an odd twist, some of the most egregiously porn-y comic book covers of the early 2000’s actually contain well-plotted stories by one of comics more balanced and talented writers, Greg Rucka.

Daredevil & Elektra is a solid origin reimagining, taking its inspiration from Man Without Fear, and giving a more balanced look at Elektra and her motivations. Highly recommended read for Elektra fans.

Chronologically, “The Hand” is very much flashback, both for Elektra’s introduction to The Hand, and to the growth of The Hand itself. It’s a compelling topic, but the execution is lacking, and as such, you’re fine just reading in line with the publication order, and as prep for Elektra’s role in the next selection.

Wolverine Enemy of the State / Agent of SHIELD

Mark Millar’s first and much beloved Wolverine story involves a heavy dose of Elektra. To my knowledge, Millar and company are the first to really expand on the similarities between Elektra and Wolverine following those Larry Hama Onslaught tie-in issues we looked at in the 90s.

It wouldn’t quite be a Daredevil run without Elektra turning up just as the story reaches a shocking climax. 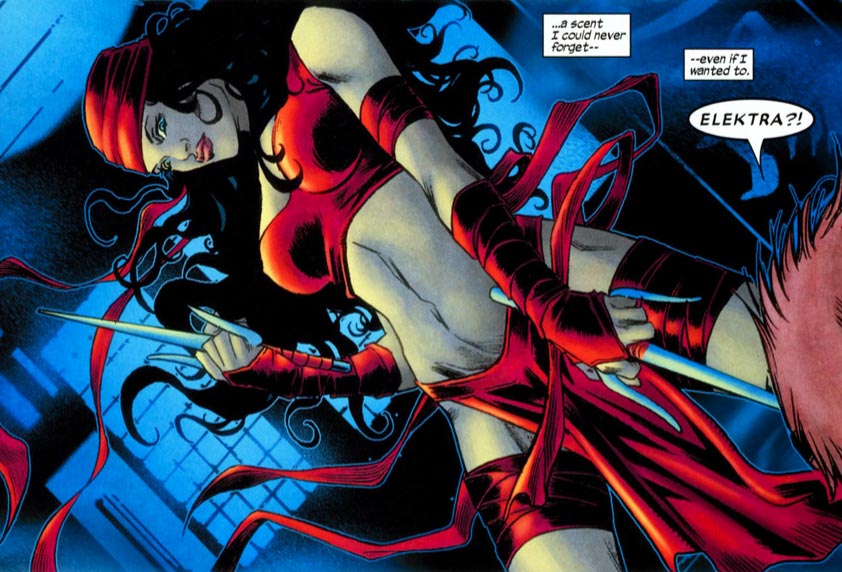 Elektra becomes a major player in the build up to Marvel’s Secret Invasion, and her role can be seen most clearly in the above issues.

Note that New Avengers is very deeply integrated into the larger Marvel Universe at this time, so if you really want to understand what’s going on here, it would make sense to jump back to Avengers Disassembled in the Comic Book Herald Marvel Reading Order.

Otherwise, if you’re just here for the Elektra, have at it!

I’ve written as much in my picks for the best Dark Reign tie-ins, but Dark Reign: Elektra is extremely underrated. This miniseries restores Elektra to prominence following the events of Secret Invasion, and does so with a tone and approach consistent with the inimitable Elektra: Assassin.

Black Widow: The Name of the Rose

While this is partially just an excuse to recommend my favorite Black Widow comic of all time, Elektra does actually play an important and logical role in this story.

Elektra plays a part in the 2010 Daredevil event Shadowland. Her one-shot tie-in is certainly the most direct issue you can read, but you could also check out my full Shadowland reading order. Elektra begins to play an essential role from Shadowland #3 onwards. 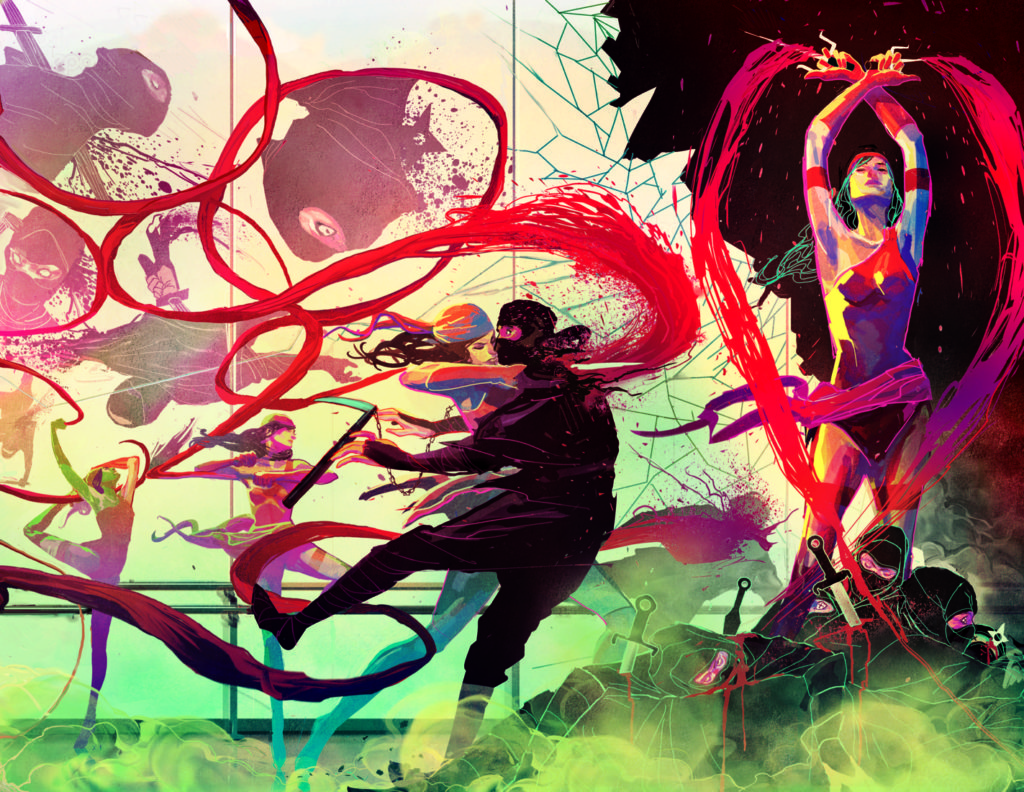 Zeb Wells (Dark Reign: Elektra) returns to Elektra within the pages of Savage Wolverine. Plus we get to see some rare Spider-Man and Elektra conversation, and it’s pretty amazing. It’s worth noting that the story arc including Elektra wraps up with issue #8. Savage Wolverine #9 to #11 do feature some great Jock art, but no Elektra.

will provide you the necessary backstory for the Kingpin’s involvement here, and Mark Waid’s run on Daredevil

will provide the necessary backstory for Bullseye.

Mark Waid’s run on Daredevil, with fearless art from Marcos Martin and then Chris Samnee, is highly recommended reading for fans of ol’ hornhead, but doesn’t feature Elektra until issue #35. The Elektra appearance is a game-changer, though, and a fun Elektra and Daredevil team-up issue. The big picture here will make a lot more sense if you’ve been reading Daredevil, but you can get some mileage out of just the Elektra components.

As part of Marvel NOW’s second wave of new series, Elektra finally got another chance at a solo title. W. Haden Blackman and Michael Del Mundo put together a ridiculously beautiful work of art, that runs for a breath-taking eleven issues.