Believe it or not, Wilson Fisk, Kingpin of Crime, has been Marvel’s Mayor of NYC since 2016. That’s a long run in office for a longtime Marvel villain who has crushed more heads like melons than even this guy. And all that power in the hands of the Kingpin comes to a head in 2022’s Marvel Universe event, Devil’s Reign.

Hot on the heels of Chip Zdarsky and Marco Checchetto’s 37 issue run of Daredevil, with a great focus on Wilson Fisk’s actions as mayor, the action will spiral into a story too big for the Daredevil title and into a full sized event. Devil’s Reign promises to threaten the heroes of Marvel’s New York with Kingpin’s unique brand of secrets, political pressure, and supervillain fights.

Below you’ll find a complete guide to Devil’s Reign, including reading orders, guides, and checklists for comics as they’re announced and released. 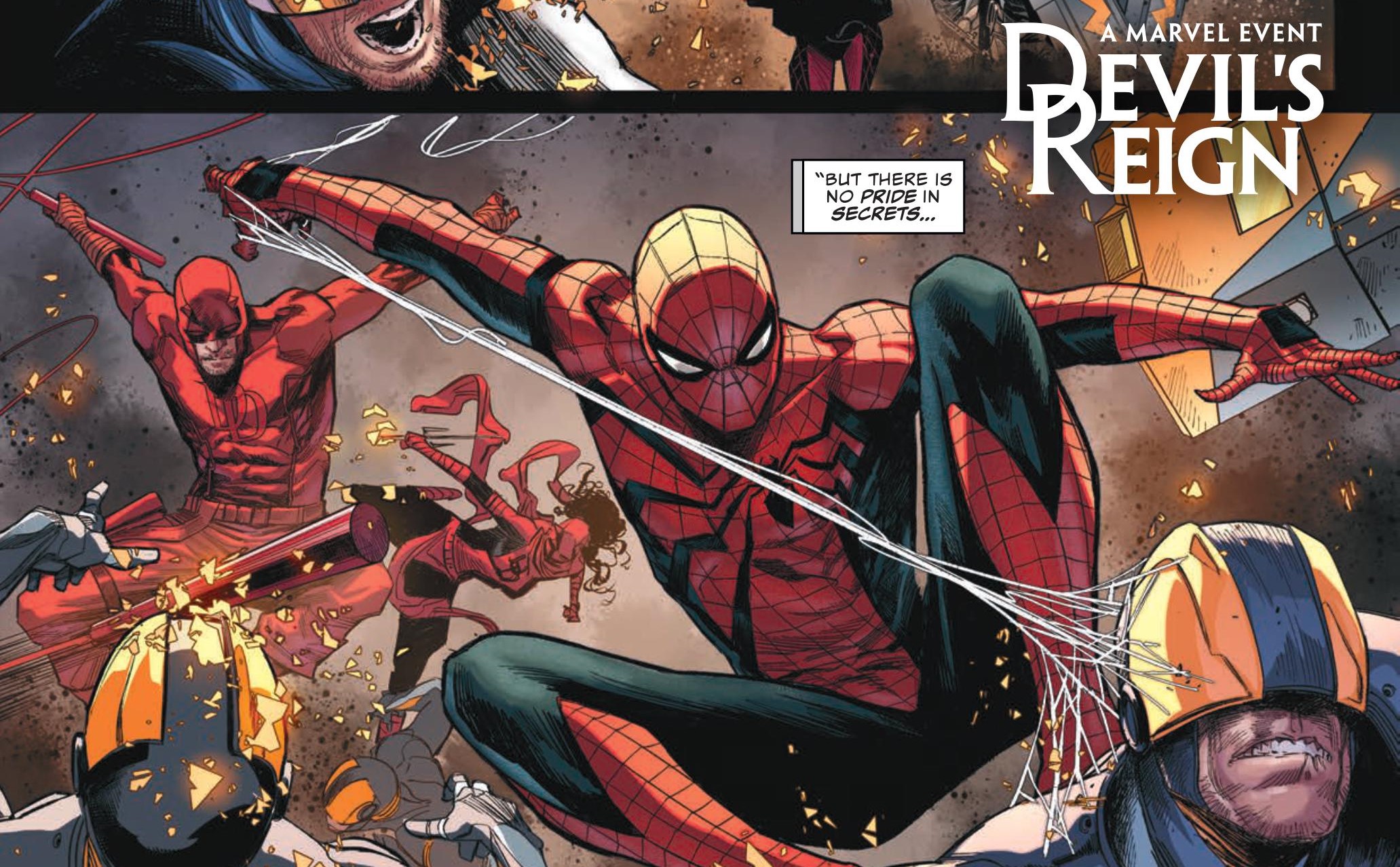 The Road to Devil’s Reign

The Charles Soule run on Daredevil begins with Daredevil’s identity mysteriously back under wraps (after the iconic Brian Michael Bendis and Alex Maleev story “Out” led to varifying degrees of blown secret identity), and it’s in issues #17 to #20 that the answer is revealed in the form of the Purple Man’s “Purple Children.”

The purple children actually debut in the previous run by Mark Waid and Chris Samnee, and can be seen in issues #8 to #10. Regardless, their actions here are a major driver in Kingpin’s state of mind in Devil’s Reign.

If your first question is, wait, when did Wilson Fisk, the motherflippin’ Kingpin, become Mayor of New York City, you’ll have to run your Daredevil reading back before the current run. Previous Daredevil series writer Charles Soule gave us Mayor Fisk as part of Marvel Legacy circa 2016.

The Zdarsky and Checchetto era of Matt Murdock kicked off in early 2019 as part of Marvel’s Fresh Start era, and quickly entered the pantheon of critically acclaimed and adored runs in Daredevil history. The creators aren’t necessarily doing any one thing that defines their run, so much as playing with the greatest hits of Miller, Nocenti, Bendis, Brubaker and more, and amplifying those ideas into something new, exciting, and yes, fresh.

Since Zdarsky and Checchetto are at the helm of Devil’s Reign, their full run to date promises the most relevant background reading, and in my opinion, one of the best Marvel books of the past three years.

During Marvel’s King in Black event, Kingpin organizes his own unit of Thunderbolts, sending them on a suicide mission of sorts while Knull invades New York. The Matthew Rosenberg mini not only gives a fun glimpse into Kingpin and various Marvel villains’ actions during King in Black, but also foreshadows some of Big Willy’s actions during Devil’s Reign.

We already know the new Thunderbolts team in the 2022 event will consist of Crossbones, Taskmaster, Typhoid Mary, Shocker, Whiplash, Rhino and Kraven the Hunter.

Frank Miller and David Mazzuchelli’s “Born Again” is an all time classic, pretty widely considered one of the best Marvel stories of all time. That alone is plenty of reason to read or revisit, but I actually anticipate Devil’s Reign will reflect much of what “Born Again” was doing thematically, particularly in the ways Wilson Fisk and Matt Murdock have historically interacted. 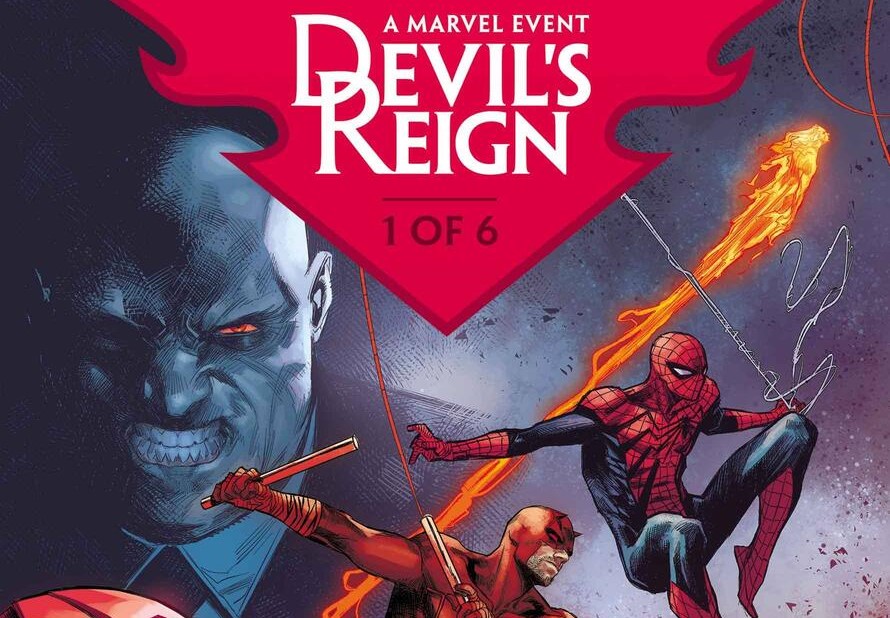 Technically issue #19 also has the Devil’s Reign banner after this, but unless you’re already reading Spider-Woman, there’s no need.

Pretty loose tie-in – worth it because this run is great, but not a big part of the Devil’s Reign event.

In his newsletter, Chip Zdarsky mentions this issue has major spoilers for Devil’s Reign #5, even though it’s being released a week earlier.