Approximately one year after Absolute Carnage and a full two years into the Donny Cates / Ryan Stegman era of Venom, the symbiote saga builds to another crossover event in late 2020 and early 2021’s King in Black.

King in Black promises to deliver on the coming of Knull, the God of Symbiotes introduced to the Marvel Universe way back in Cates/Stegman first Venom story arc that launched the series into must-read status. We’ll see how the event shakes out, but in theory this promises to deliver on the cosmic symbiote promise the creative team have been building towards since the start of Marvel Fresh Start.

Admittedly, Venom’s momentum has felt relatively stalled since the strong kickoff of Absolute Carnage, and for my money hasn’t really picked up steam again until the “Venom Beyond

” arc setting the stage for King in Black. Regardless, the creative team has earned some Marvel Universe goodwill, and I’m invested in seeing how Venom vs. Knull finally shakes out.

Below you’ll find a guide on the comics that set the stage for the King in Black event, as well as a complete list of comics and tie-ins involved in the crossover as they’re announced and released. 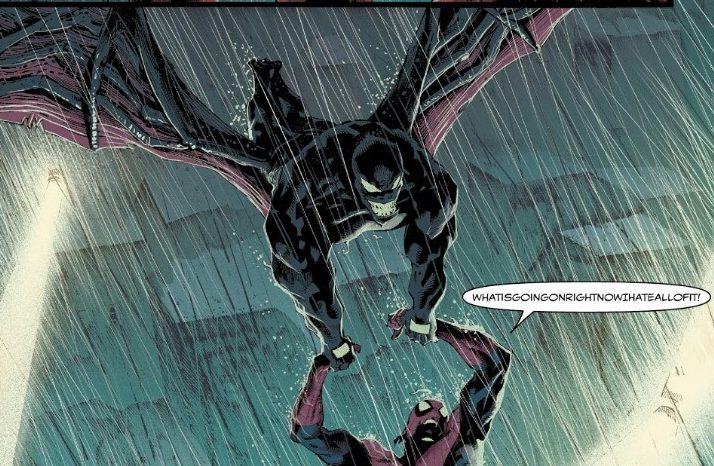 Road to King in Black

Technically, the origins of Knull extend back to Jason Aaron and Esad Ribic’s highly recommended Thor: God of Thunder, which more fully unravels the history and mystery of All-Black the Necrosword (a cosmic weapon of immense power, created by our G Knull).

This is optional reading for understanding the King in Black, but honestly 1) This run is fantastic, and highly recommended on its own terms and 2) Aaron’s work here inspires a lot of Donny Cates larger cosmic vision for the Marvel Universe.

Unsurprisingly, reading the full Cates/Stegman era Venom run is the best way to prepare for King in Black.

The first collected hardcover (linked above) collects Venom #1 to #12, which serves as the absolute most essential information setting the stage for this event. If you’re digging it (or just want the Web of Venom one-shots integrated into your read chronologically), you’ll want to proceed forward with the full Venom reading order, but if you’re on more of a fast track kick, I’d just jump ahead here to Absolute Carnage and keep on rolling!

The five main issues of 2019’s Absolute Carnage event get us to the arrival of the titular King in Black, and it’s a gorgeous looking event comic from artists Ryan Stegman and JP Meyer.

You can check out the full event via Comic Book Herald’s Absolute Carnage reading order, in which I ranked how worthwhile every tie-in issue was as issues came out.

Outside of the Donny Cates written Venom suite, his five issue cosmic mini with the jaw droppingly incredible visuals of Tradd Moore, is heavily connected to the coming of Knull in the pages of King in Black. If you only read one part of Cates’ Marvel Cosmic universe, it should be Silver Surfer: Black.

Following Jason Aaron’s heralded run on various Thor titles from 2012 to 2019, Donny Cates and Nic Klein took over in 2020 with a new series launch. It’s very early in the run, but expect Thor to integrate into the saga of Knull. Like I stated up front with Thor: God of Thunder, the Venom and Thor verses have been connected in unexpected ways for much of this story! 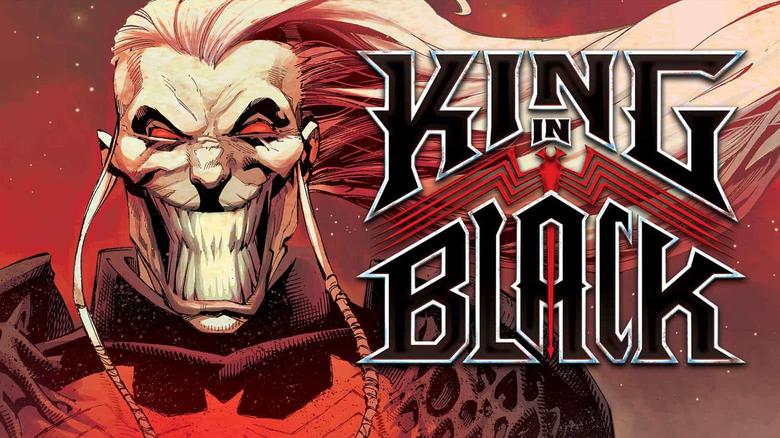 Shouts to Atlantis Attacks and The Union for competing “tie in as little as possible” efforts. Atlantis Attacks definitely the winner, though! For what it’s worth,
Guardians of the Galaxy #9

technically ties in about as much as these, but isn’t listed as a tie-in (also, I really would only read if you’re caught up on the Ewing / Cabal run!).

All prequel, and not particularly additive to the KiB experience.

As with all things Immortal Hulk

Barely a KiB tie-in, but read if you like Spider-Woman!

Really strong issue for Venom fans, and as you’d expect, the Cates written Venom is an essential tie-in to the core series.

Iron Man and Doctor Doom take on a Knullified Santa. Fun, and particularly worth it if you’re reading Christopher Cantwell’s writing across both Iron Man

King in Black: Return of the Valkyries #1

King in Black: Gwenom vs. Carnage #1

King in Black: Gwenom vs. Carnage #2

King in Black: Gwenom vs. Carnage #3

Not what I expected, in some interesting ways. Recommended for big time fans of Spider-Gwen (I can’t get used to Ghost-Spider), but probably not longtime fans of Carnage! Flaviano is a great fit for this artistically.

Guardians of the Galaxy #10

Again, Ewing and Cabal are heating up on Guardians, but I’d only recommend if you’re along for the full series ride. Otherwise this will be quite confusing!

Fits in to the X-Men: Reign of X, and definitely works best if you’re familiar with that context!

Worth a read – Matt Rosenberg and Juan Ferreyra’s take on Wilson Fisk’s new Thunderbolts. Should be read before Daredevil.

King in Black: Planet of the Symbiotes #1

If you dug the Scream and Ravencroft spinoffs from Absolute Carnage, this is for you. Everybody else, steer clear.

King in Black: Planet of the Symbiotes #2

American Kaiju and Hobie Brown stories, much better than the first issue.

King in Black: Planet of the Symbiotes #3

My favorite tie-in of the bunch. Si Spurrier and Jesus Saiz have made me like Black Knight! Impossible!

Still one of Marvel’s best books! AND essential to the main event!

The Chip Zdarsky written run of Daredevil is great! That said, I’d recommend avoiding this tie-in unless you’re a bit caught up on the events of Daredevil #25, as major events have happened, and it might come as a spoiler if you’re planning on catching up with the run!

Deadpool’s tie-ins are a bit of a mess, but I’d say since Marvel appears to be canceling Kelly Thompson’s run on Deadpool already, just skip ahead to Deadpool’s role in Savage Avengers as he teams up with Conan.

Very strong one-shot, and as you’d expect, thoroughly connected to the X-Men’s Reign of X.

Fun stuff if you like Conan, Deadpool, Mutants, and jokes about tiny swords.

King in Black: Return of the Valkyries #2

King in Black: Return of the Valkyries #3

King in Black: Return of the Valkyries #4

Works best if you’re familiar with Aaron’s Thor, and the Jane Foster Valkyrie

solo that followed, but honestly one of the more interesting tie-ins.

May I submit to you, Jed McKay for future Spider-Man writer!

Inessential but enjoyable if you love Miles, and Carmen Carnero’s drawing dragons.

King in Black: Wiccan and Hulkling #1

Could Empyre and Empyre’s End follow up. Could be read fairly early in the event if you’re so inclined.

The first issue of Daniel Warren Johnson’s Beta Ray Bill miniseries feels like it mostly takes place after King in Black #5, which at the time of release, hadn’t come out yet!

Fantastic Four exists in the most annoying time period of all tie-in comics, primarily all earlier in the event (you could read 90% of the comic right after Fantastic Four #29), but ending after the entire event has concluded! Personally, I’d just skip it unless you’re super into this run of FF!