When you talk about Aquaman at any length, there’s always a certain conversation that hangs in the background: that of his relevance. For years, he was the butt of jokes, the man who talked to fish, the “also attended” of the Justice League. Despite numerous reinventions, despite his role as a founding member of the Justice League, the image of Aquaman in the public consciousness remained that of a spandex-clad seahorse riding buffoon. That stigma surrounding the character remains to this day, a permanent mark on the cultural zeitgeist that, in all honesty, will probably never truly go away. What I find fascinating about Aquaman, however, is that he exists as a part of a duality. You have your Super Friends incarnation, sure, but there is simultaneously a vision of the extreme that can ultimately be traced to Peter David’s post-Crisis treatment of the character. While directly at odds with the former “softer” interpretation, this rough-around-the-edges outlaw incarnation has carved its own space in the minds of the general audience, coexisting in an endless push and pull for cultural relevance. END_OF_DOCUMENT_TOKEN_TO_BE_REPLACED

He didn’t even want the book, but to hear him tell it, Brian Azzarello saved the Wonder Woman New 52 series

. In an interview with Boom Studios CEO, Ross Richie, Azzarello explained that he only took the Wonder Woman title because he was “appalled” at what DC was going to do with the character for the reboot. Azzarello recalls being at a dinner with DC publisher Dan Didio, where they discussed his plans for a different New 52 series. When Didio told Azzarello DC’s plans for Wonder Woman, which Azzarello thought would have “fundamentally hurt that character,” Azzarello spent the rest of that dinner coming up with a brand new pitch for the series that eventually became the Wonder Woman we got ten years ago.

At its core, this Wonder Woman series was a family drama. It worked because the creative team made the family a central part of the story. In fact, Wonder Woman doesn’t even show up until ten pages into the first issue because Azzarello and artist Cliff Chiang devoted that space to the conflict surrounding a few important family members: Zola, a mortal impregnated by Zeus, and Sun, a god whose powers include clairvoyance. Aside from Orion, there weren’t any major characters in the series’ first 24 issues that weren’t part of the family. END_OF_DOCUMENT_TOKEN_TO_BE_REPLACED

On February 25th, 2013, the New York Times arts desk column exclusively revealed that Damian Wayne would meet his untimely death at the end of Batman Incorporated #8, a story which naturally spread like wildfire among sites like IGN, ComicsAlliance, and Newsarama. DC then announced that throughout March 2013, the Bat-titles would take part in a month-long event called Requiem, with each issue adorned with an ‘R’ logo in tribute to the fallen Bat-family member. It was now clear why the second volume of Batman Incorporated was in-canon; DC wanted a news story and a sales boost. END_OF_DOCUMENT_TOKEN_TO_BE_REPLACED

The Old 52 is not a series examining Grant Morrison’s seminal Batman run. If I were writing about Batman Inc. (Vol. 2) for such a series, I wouldn’t hesitate to praise it to the stars. The end of Morrison’s monolithic run was characterized by consistently astonishing artwork from Chris Burnham, Morrison’s typically playful and inventive profusion of ideas, and excellent characterization of each of the lead characters. I’ve previously argued that it’s a fitting end to one of the greatest superhero stories ever told and that it’s due for a critical reappraisal.

This begs the question, of course, why it received such a lackluster reception at the time. It wasn’t necessarily that critics or fans thought that it was bad, per se. It’s more accurate to say that Morrison’s ending felt spoiled, both in a literal sense (which we’ll get to), and in the sense that the disdain DC editorial held the comic in was so obvious that it felt self-evident that the events of the series weren’t what Morrison had originally intended. Reading it on a monthly basis was an ambivalent experience; Morrison’s vision of a Bat-story drawing upon the character’s entire history had already been hopelessly compromised by DC’s baffling new line-wide continuity demands, and readers watched in horror as the situation was exacerbated by the publisher’s willingness to permanently compromise the story’s effectiveness in exchange for momentary publicity gains.

Even though Batman Inc. is a relatively special case within the New 52 — the only other series that was a direct continuation of a pre-reboot run was Geoff Johns’s Green Lantern. Its demoralizing publication history ironically makes it a perfect case study through which to examine the staggering editorial mismanagement that hobbled the entire initiative. So, instead of a critical deep-dive into the themes Morrison & Burnham explore through the series, this article will tell the story of one of DC’s most colossal failures over the five-year history of the New 52. END_OF_DOCUMENT_TOKEN_TO_BE_REPLACED 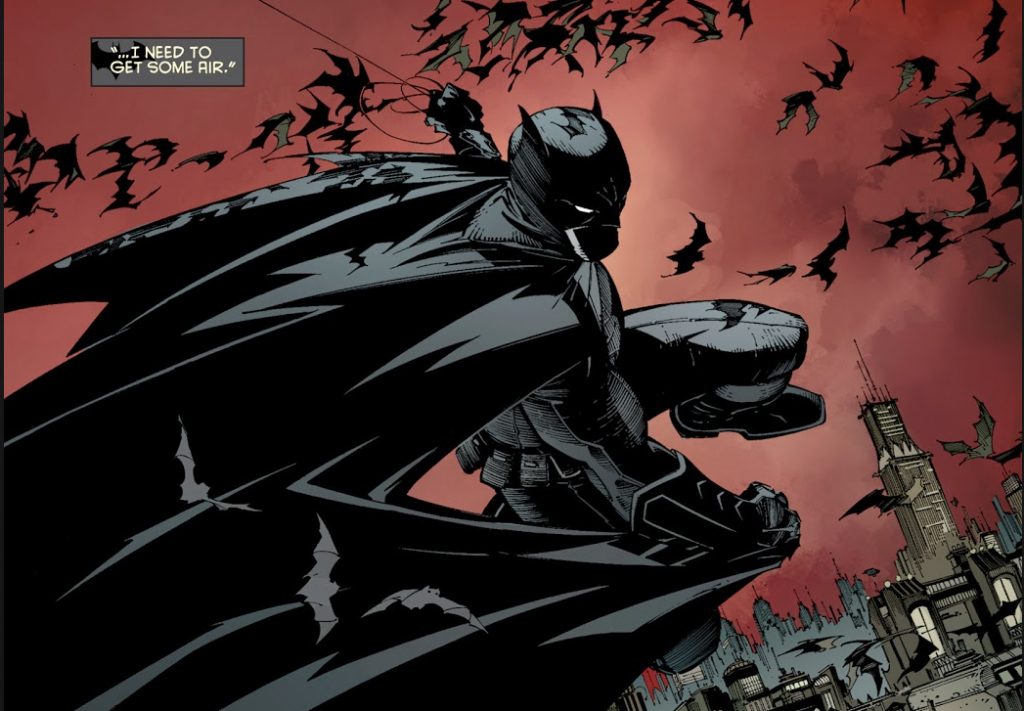 Out of all of the New 52 launch titles, the only one to get close to its issue 52 without cancelation or new creative teams coming in was Scott Snyder and Greg Capullo’s Batman

(the final issue would be taken over by frequent collaborator, James Tynion IV). This 51 issue epic exploring the Dark Knight, the history of Gotham, and the inexplicability of the Joker ran the gambit of genres from post-apocalyptic nightmare to detective story. But at its heart was the story of Bruce Wayne and his impact on Gotham City. What follows is a retrospective of the run that highlights what it was, for good and ill.

“Something bad has come back to Gotham, Bruce.” END_OF_DOCUMENT_TOKEN_TO_BE_REPLACED