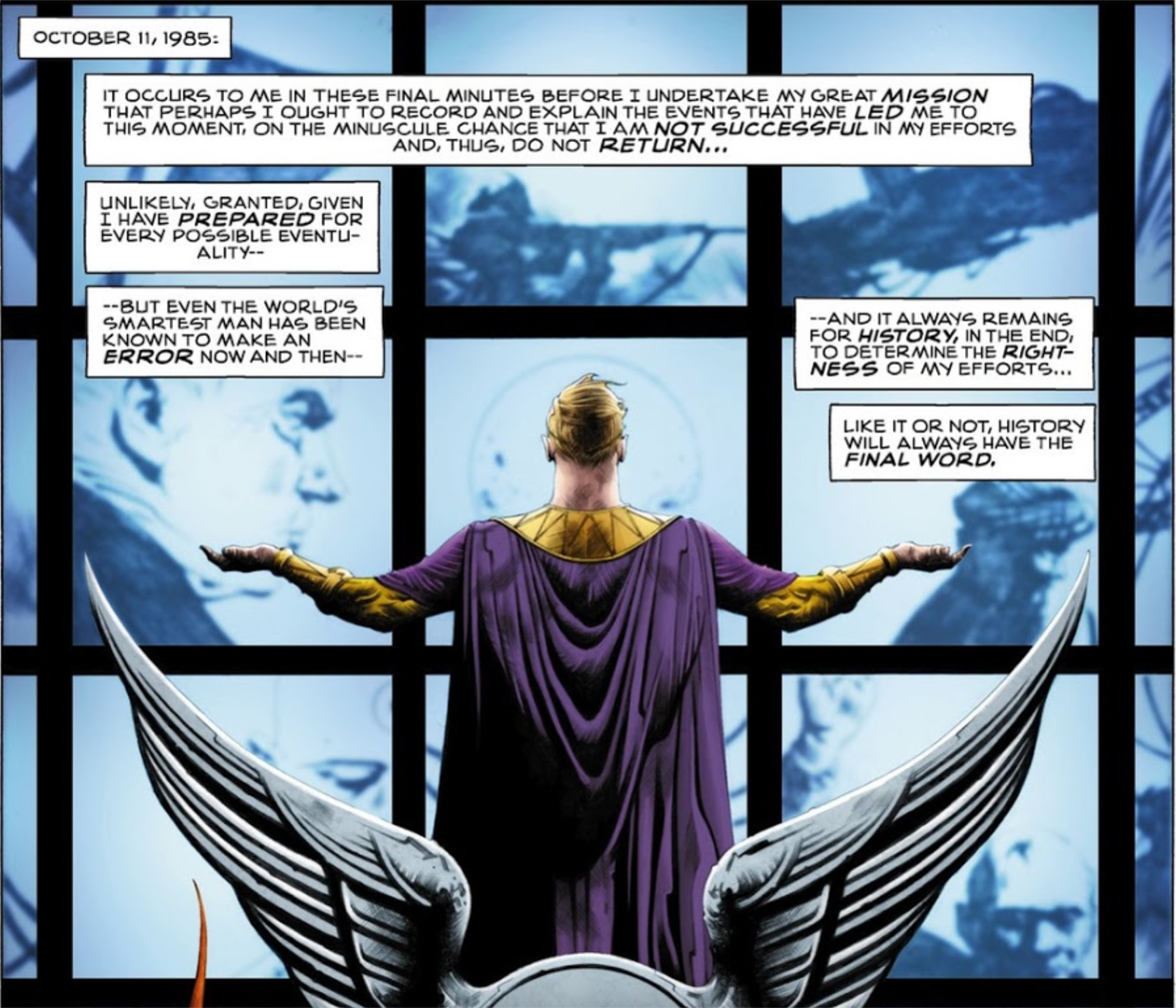 The following article utilizes William S Burroughs influential “Cut-Up” technique, as Burroughs is one of the major influences of Ozymandias. The texts it uses are as follows: Last War in Albion Vol. 2 by Elizabeth Sandifer, Watchmen by Alan Moore, Pax Americana by Grant Morrison, Naked Lunch by William S Burroughs, Alien Covenant by John Logan & Dante Harper, The Architects of Fear by Meyer Dolinsky, The Book of Urizen by William Blake, The Great Red Dragon by Nick Antosca, Steve Lightfoot, & Bryan Fuller, and The Matrix Reloaded by Lana & Lily Wachowski. The specific methodology of Cut-Up utilized a nine panel grid. END_OF_DOCUMENT_TOKEN_TO_BE_REPLACED 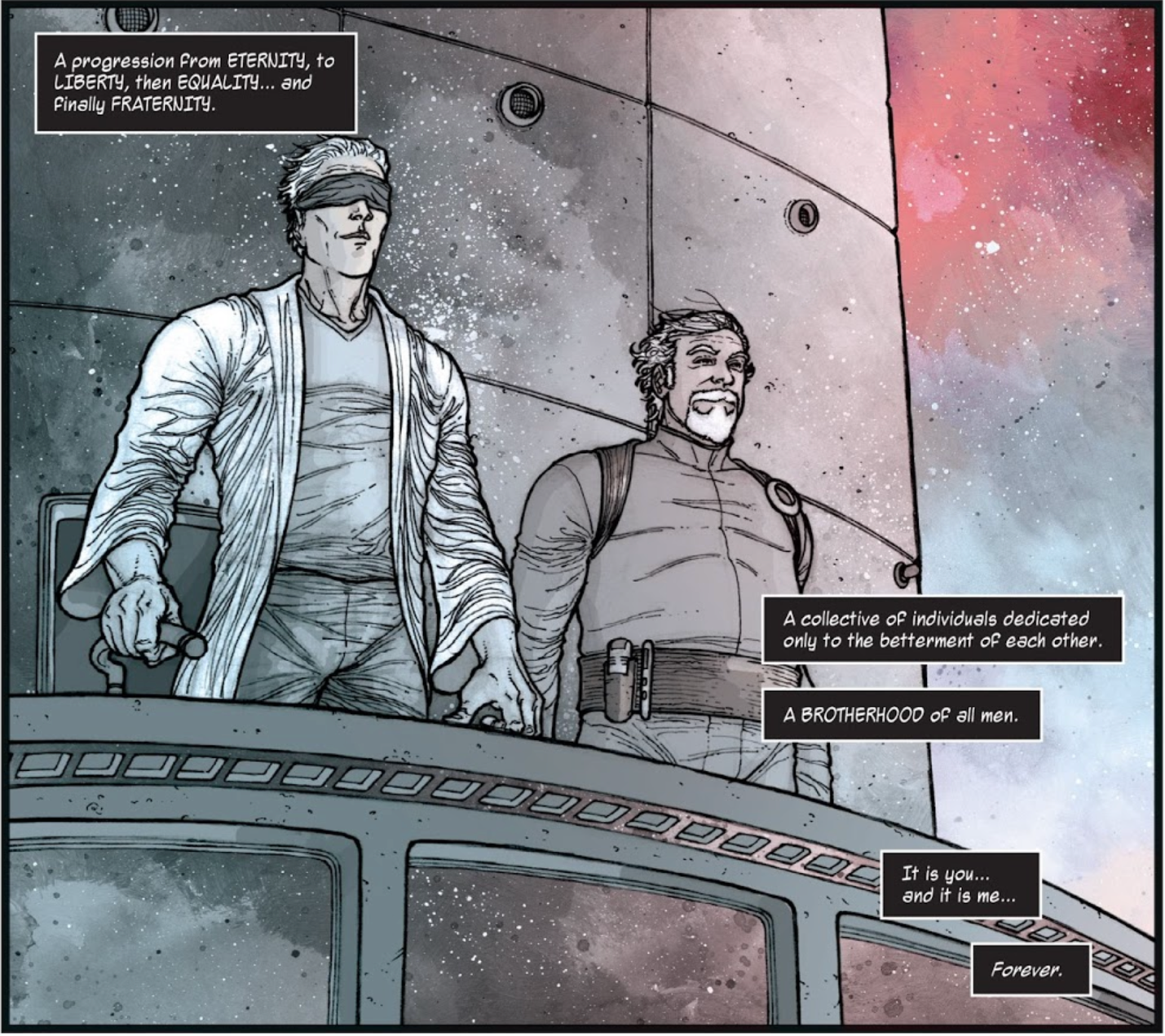 A common issue with a lot of Jonathan Hickman’s early work is the sense that he’s not so much exploring the ideas and implications of his fiction as he’s gesturing towards them. This is certainly an issue with many an early writer, but it’s more pronounced with Hickman. And nowhere is this more pronounced than in Red Mass for Mars

. The plot is a rather straight forward tale of “Alien invaders are coming to conquer the Earth, boo-hoo we’re all going to die. Wait! The superheroes will save us!” that you’ve seen time and time again. Thin plots can work wonders for exploring ideas. END_OF_DOCUMENT_TOKEN_TO_BE_REPLACED 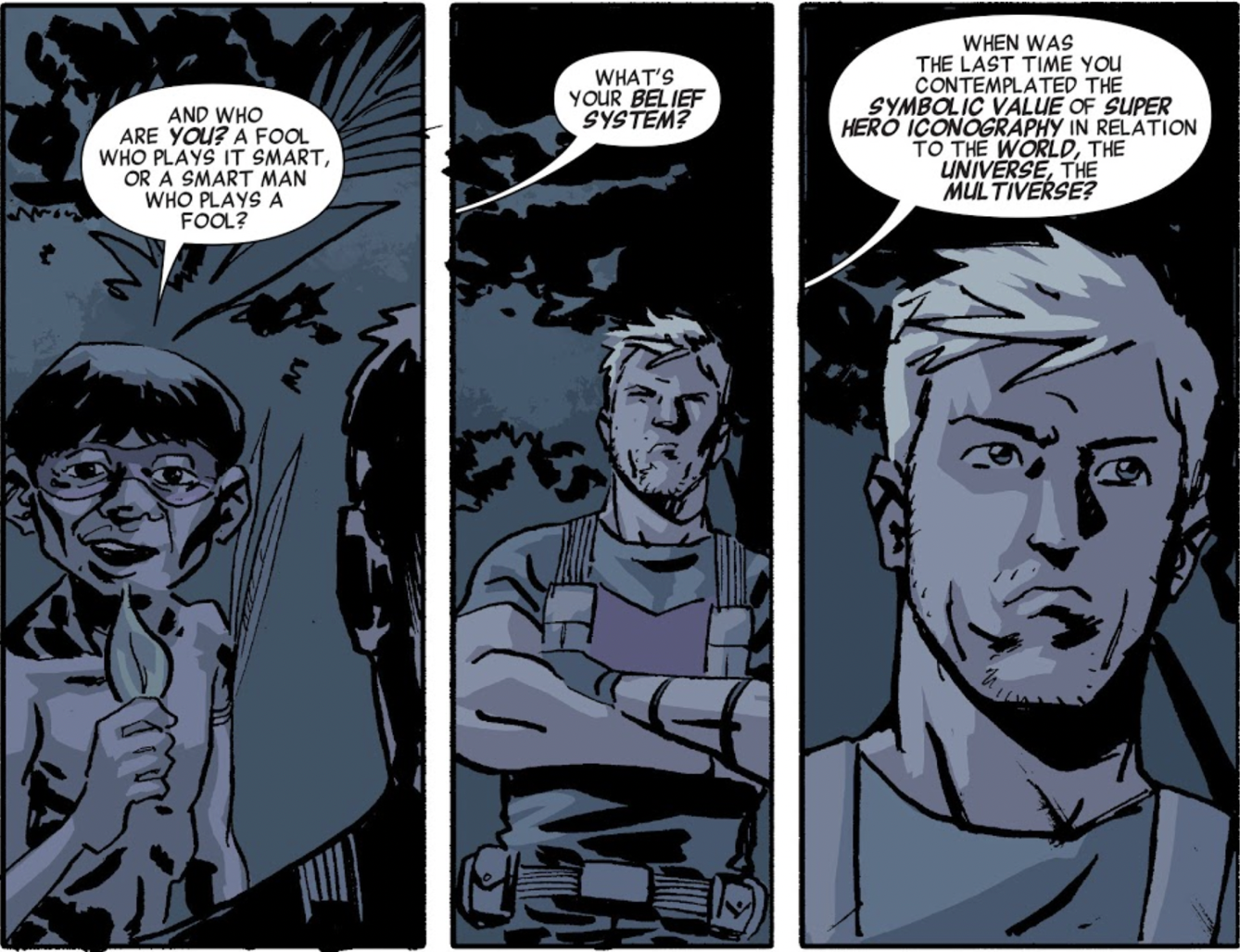 On May 6, 2015, the Marvel Universe came to an abrupt and dissatisfying end. There were a number of reasons for its ending (some of which require understanding the mystical implications of Donald Trump deciding to run for President of the United States), but one of them must be understood through the context of a work which concluded exactly one week prior. A book about destroying the universe and replacing it with a better one. I am, of course, talking about Aleš Kot and Michael Walsh’s Secret Avengers

Ed Brubaker and Mike Deodata created The Secret Avengers as a black ops team of superheroes who would take on missions that the world must never know happened. Described as more of an action based book rather than a character one, inspiration for this book is often cited as Jim Sterenko’s SHIELD work. Other runs include work by Nick Spencer, Warren Ellis, and Rick Remender, who took the spy craft nature of the concept in different directions. Kot, meanwhile, had their own ideas. END_OF_DOCUMENT_TOKEN_TO_BE_REPLACED

The first thing we must address regarding Heroes in Crisis

is that it is a ruin. It’s a six issue miniseries stretched out into nine issues, and it shows. There are several points in the narrative where it’s clear that the wheels are spinning, everyone’s just waiting to get to the bit where Wally West confesses everything. I’m tempted to argue that the series would have been better suited for a more Columbo-esque structure where the reader is aware of who did it and the rest of the series is spent finding out why, rather than having that why provided over the course of an issue long monologue.

But, as with all ruins, what doesn’t work, what caused the ruin, is often the least interesting part. What’s more interesting, however, is what a ruin can show us. What we can find within the ruin that shows us what it could have been. Not that it was secretly good (though I’m quite aware that some are invested in that project), but rather what hidden depths can be found by taking what’s there seriously. END_OF_DOCUMENT_TOKEN_TO_BE_REPLACED