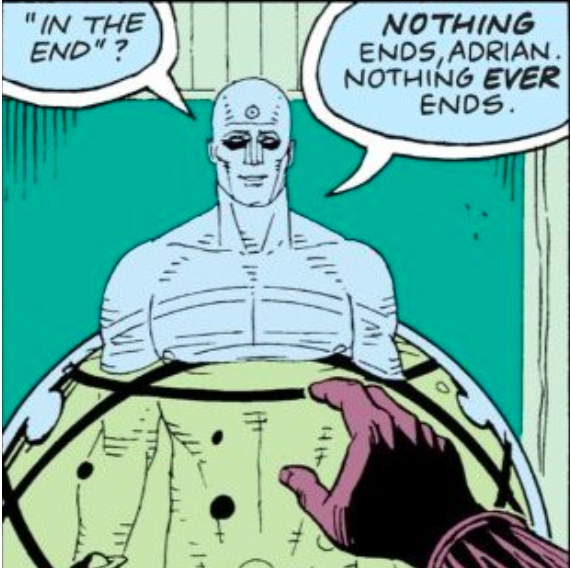 “‘In the end?’ Nothing ends, Adrian. Nothing ever ends.”

Least of all, Watchmen itself. For more than four decades, Alan Moore and Gibbon’s hit has endured as the genre-defining standard in comics. Not just a masterpiece, but the rare kind of cultural touchstone capable of transforming comic books themselves from a once disposable genre into an artform, one capable of masterpieces at all. Watchmen isn’t just a comic book, but the comic book.

And now, after a Warner Brothers film, a hit HBO show, and more accolades than I can think of, the title has come back to some different beginning with Rorschach.

Like its source material, Rorschach’s a 12-issue DC comic mini-series penned by two of the biggest names in comics — Tom King (Vision, Mister Miracle) and artist Jorge Fornés (Batman, Daredevil). But what is it? A continuation of the classic? Or simply more of it? Another echo of Manhattan’s threat that nothing ever ends? END_OF_DOCUMENT_TOKEN_TO_BE_REPLACED 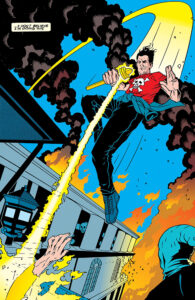 Starman by James Robinson is an overlooked masterpiece of comics in general, an early 90s comics in particular. On the face of it, the book tells a simple story about Jack Knight, the second son of the original, Golden Age cape. It’s a story about a reluctant hero struggling with timeless questions — about family, legacy, place, and (above all) time — even as he tries to figure out what it means to try and save the world and how he could ever hope to do it.

Questioning, trying, and hoping are things comics were desperately in need of in 1994. Robinson’s work comes two years after Spawn #1, with book and character being the poster child for 90s big-budget-yet-nihilistic anti-heroes. Starman is also part of the other big trend of the era: resurrecting an anachronistic IP and rebooting it from obscurity into headliner status.

Starman is absolutely informed by these trends. But what makes the book work so well, is how it is nothing like them. Let’s explore. END_OF_DOCUMENT_TOKEN_TO_BE_REPLACED 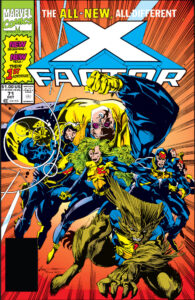 Peter David’s work on X-Force is one of those rare books where it’s easier to explain the plot than it is why the book exists in the first place. Where Claremont and Davis’ Excalibur is something of a superhero and fantasy farce, David’s X-Force is a satire of the X-Books themselves. This omnibus is focused right at the 90s era mutant craze while being published right alongside the books it was subtly commenting on.

It debuted the same year as Deadpool and Weapon-X and within months of Lobo, Deathstroke the Terminator, and Shade the Changing Man getting solo titles. Yet X-Factor adds nothing to the Dark Era or its complexities.

These collected issues also existed near the very height of the speculator boom, and yet it doesn’t fall in line much with the Scott Lobdell, Fabian Nicieza, and Ann Nocenti money train. In fact, David would quit the series two times in three decades with one of them being over event books.

By rights, this should be the least impactful X-Book since The X-Terminators (no one remembers that book. And if you do, for god’s sake stop.) And yet, David’s work paved the way for everything from Peter Milligan and Mike Allred’s fantastically subversive X-Force/X-Statix series to Jonathan Hickman’s HoX/PoX. And furthermore, I’d say that the future of the X-Men will learn more from this series than Fatal Attractions.

The years 1989 to 1990 were a weird time period for Marvel’s most popular mutant. Taking place in the aftermath of The Fall of the Mutants, Wolverine Omnibus Vol. 2 finds Logan without a team, a public identity, or even his name. END_OF_DOCUMENT_TOKEN_TO_BE_REPLACED

The Silver Age taught fans and creators at least one message: “heroes” are more important than the characters who play them. Counting only main continuity appearances, there are at there have been thirteen Thors, six Captains Marvel, maybe three or four Wolverines, and around a solar system’s worth of Spider-People.

The Green Lantern title is a perfect example of this message because Green Lantern isn’t a destiny, it’s a job title. It does away with the “destined” aspect, and goes a long way towards helping character transitions. But it also gives the stories ease and efficiency. 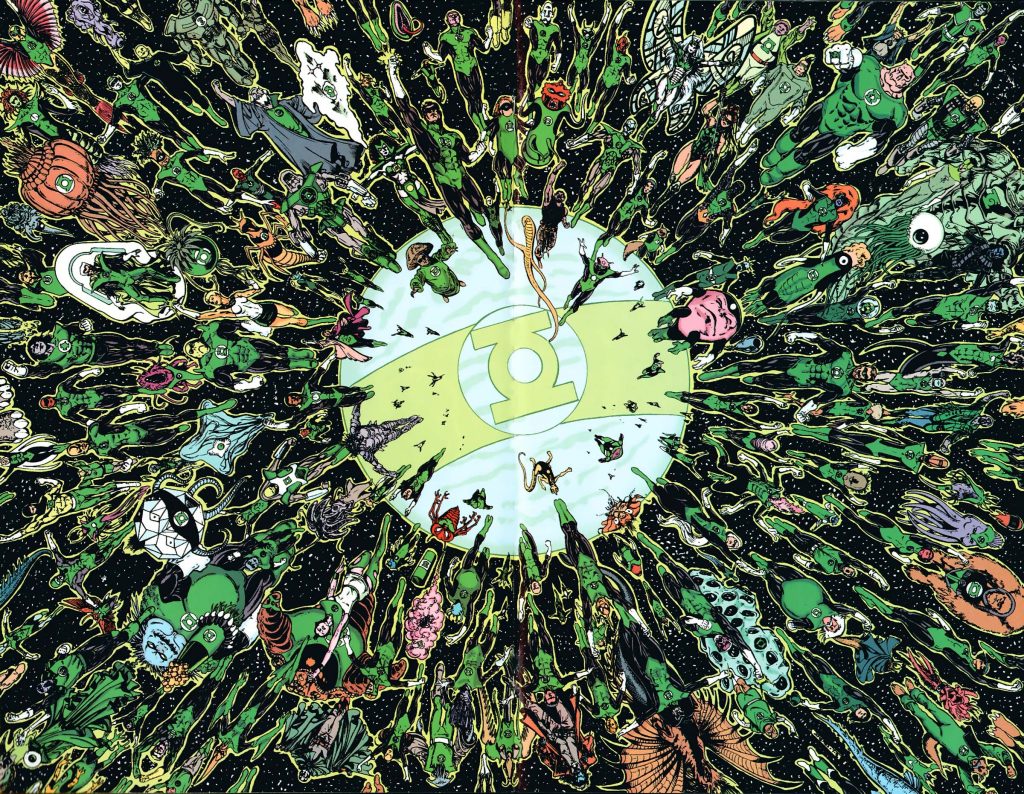 Green Lantern stories are vehicles that bring a new hero into adventure more quickly through smart use of the preexisting, easily comprehensible Lantern Corps. This craftsmanship makes the hero’s origin important, but not so heavy that it’s hard to progress beyond. Additionally, it means their start isn’t really a transformation. The moment the Fantastic Four are hit by cosmic rays, they change fundamentally and forever. Lanterns, on the other hand, feel more like the same people they always were, only with a new job. END_OF_DOCUMENT_TOKEN_TO_BE_REPLACED