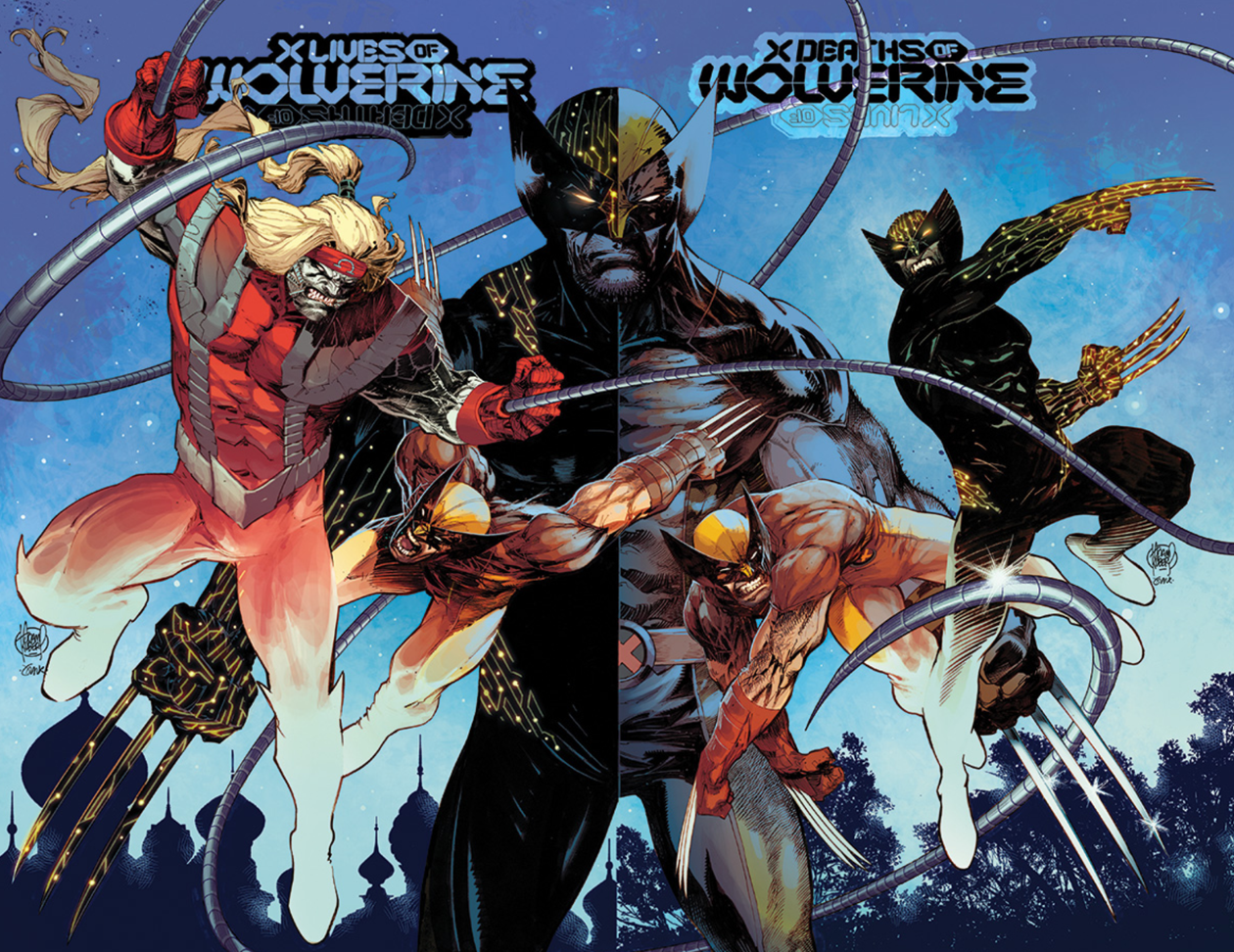 Hey—at least it wasn’t a wipeout!

It sure looks real pretty. We continue to get some of the loveliest Josh Cassara art—but only where he’s really allowed to breathe, in the quieter, more painterly moments, as here. It’s quite romantic, and I’m sure the captain and his new mate thought so too 😉. END_OF_DOCUMENT_TOKEN_TO_BE_REPLACED 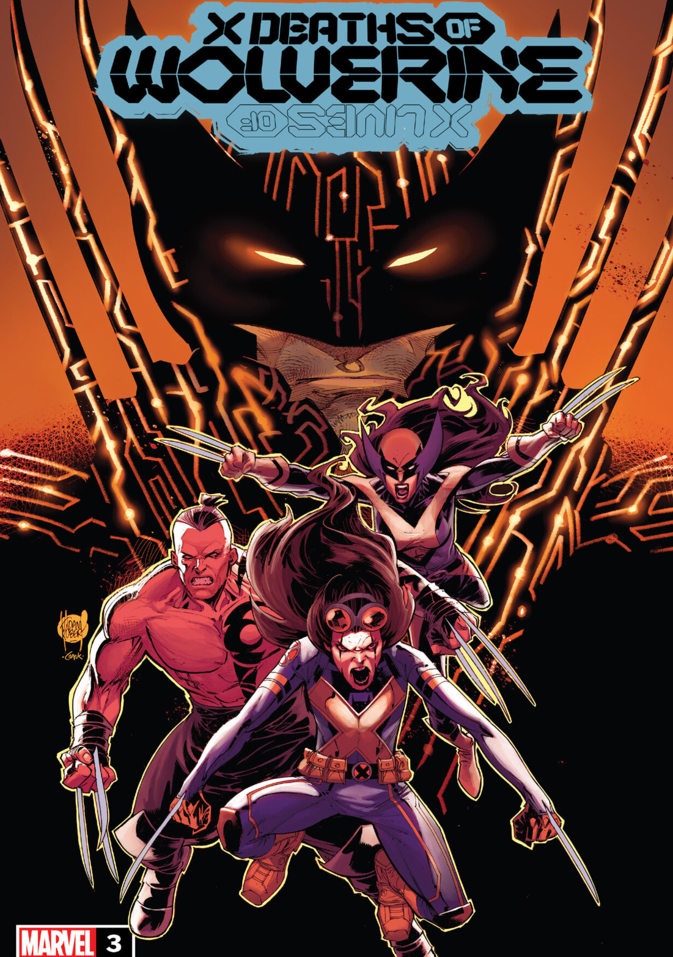 X Deaths continues to excel and compel in ways that X Lives has yet to achieve, but I’m also less interested in Logan’s many pasts and all in for being at the edge of now, looking to mutantkind’s future. And it looks rockier than at any time since HOX/POX. It’s clear at this point that the current two-series-that-are-one will end in a way that shapes the course of Destiny of X, at least until the next epoch-defining event. END_OF_DOCUMENT_TOKEN_TO_BE_REPLACED 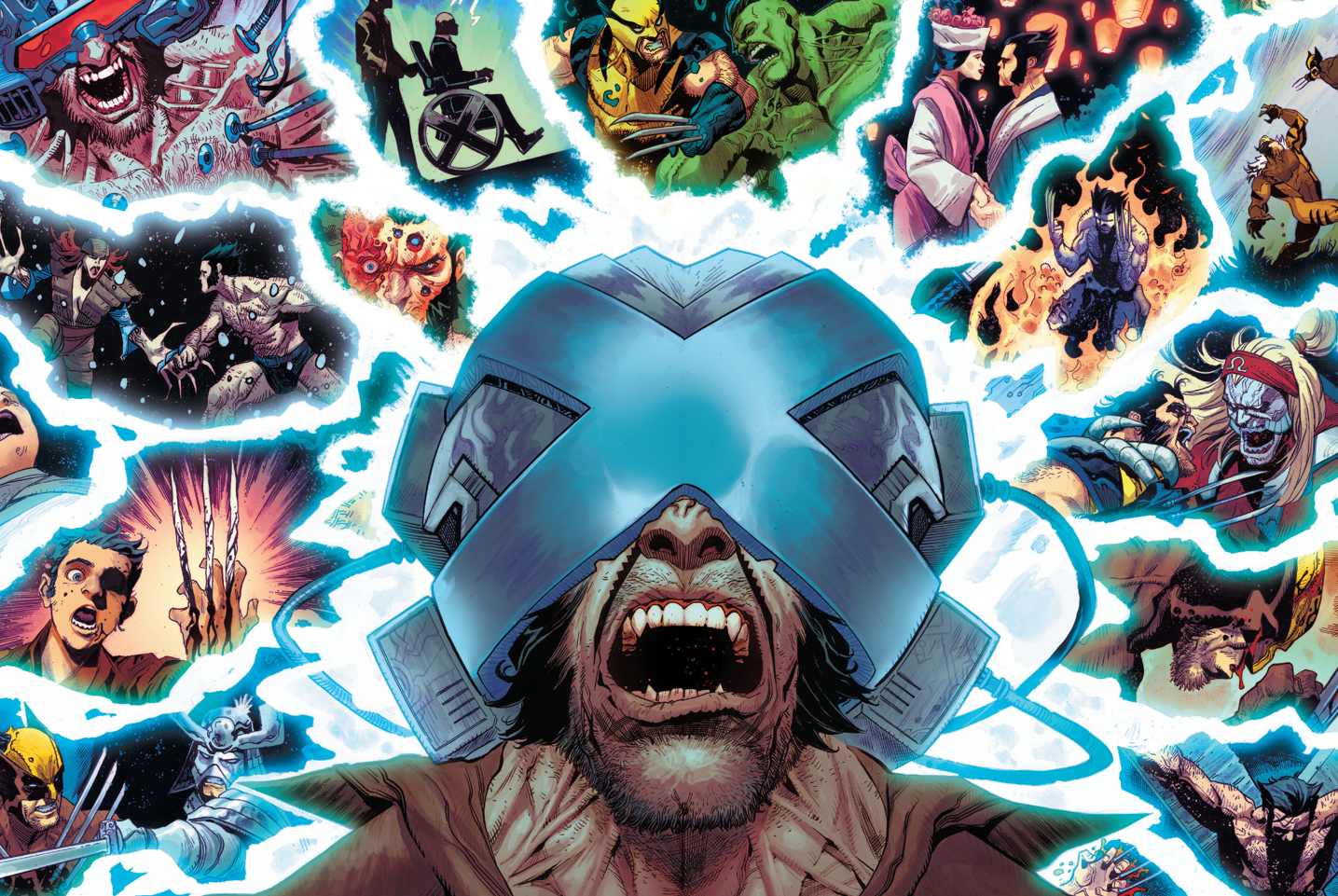 Given everything that had been teased about X Lives and X Deaths of Wolverine, I expected the first issue to open with Logan traveling back in time to some relatively predictable venue—Canada, Madripoor, or Japan, as Mr. Percy directed us to look back to Logan’s opening narration at the start of his Wolverine #1. What a pleasant surprise, then, to find the best there is at what he does doing something wholly unexpected and very good, all things considered, for the fate of mutantkind: rescuing a newly born Charles Xavier and simultaneously slicing baby Chuck’s umbilical cord…! With a bone claw?! While the midwife is possessed by Omega Red and terrorizing the lucky new parents?!?

Well, this is Xavier Mansion in Westchester, and Logan in Wolverine #1 did mention New York as one of his main haunts—just not so far back in time. END_OF_DOCUMENT_TOKEN_TO_BE_REPLACED

, the CBH staff is looking back at some of our favorite Wolverine comics of all time! X Lives / X Deaths promises to explore Wolverine’s full history, so it’s a great time to dig through the long catalog of Wolverine comics in Marvel’s history, and enjoy some all-time greats and some off-the-beaten-path favorites.

It’s worth noting up front that these selections largely eschew the well-worn recommendations you can find on any ol’ site (what’s up Claremont/Miller Wolverine, Old Man Logan, and that time Wolverine swallowed a cigar whole like a dumb manly python because Moira asked him to put it out indoors). These are the deep cut, personal Wolverine stories and eras that most effectively resonate with us, and this complex, simultaneously easy and hard to love Canucklehead. END_OF_DOCUMENT_TOKEN_TO_BE_REPLACED

I often say I don’t care about Wolverine, but that’s not really true.

There are Wolverines that I love. This includes the one named Laura, the James Howlett one who loves Hercules, and the ones in fanfiction and fanart who are various kinds of queer. Sometimes, I also love ones named Logan who appear in licensed comics, cartoons, and films. The Wolverines that I love challenge stereotypes related to masculinity and violence and the supposed inseparability of the two. These Wolverines struggle, heroically, against what a bad world wants them to be or else don’t give a fuck about stereotypes, because they’ve seen it all and know who they are.

Then there are Wolverines I don’t love. This includes the ones mired in white savior tropes and cultural appropriation and especially the ones who uncritically glorify violence, graphically murdering untold scores of people who are usually bad people but still, nonetheless, people. These Wolverines never change yet always demand forgiveness through their enduring popularity and the seemingly boundless acceptance of their less-murderous friends.

But despite knowing which Wolverines I love and don’t love, I frequently struggle to decide how I feel about specific stories starring Wolverine. Take the first four issues of the recent X-Men Unlimited Infinity Comic, written by outgoing X-Men franchise impresario Jonathan Hickman with art by Declan Shalvey. END_OF_DOCUMENT_TOKEN_TO_BE_REPLACED