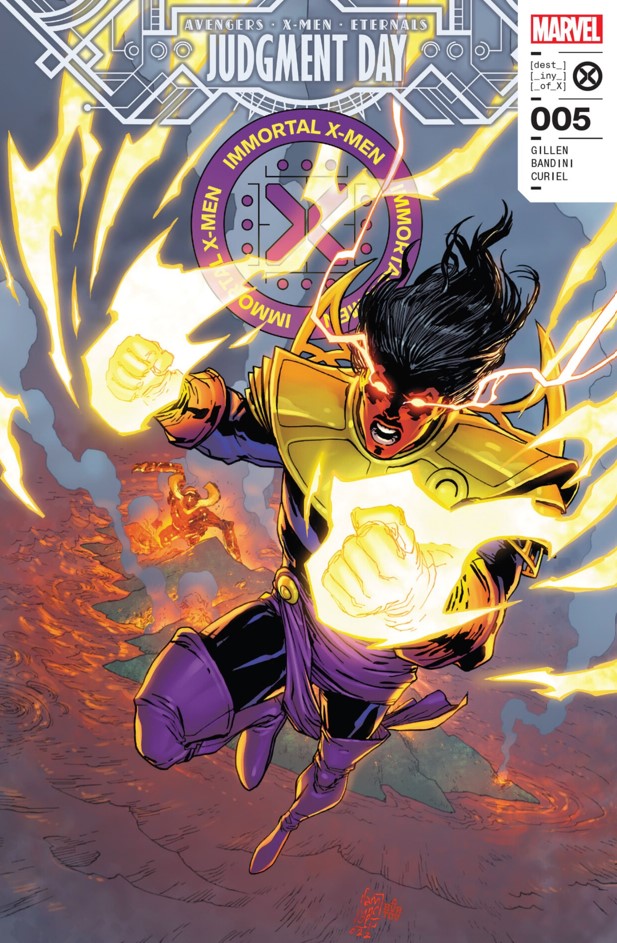 This essay, both a review of Immortal X-Men #6* and an excursus on erstwhile C-lister Exodus now reborn under Kieron Gillen’s absolutely brilliant stewardship, is a pendant piece to our “A.X.E.: Judgment Day” reread here at CBH—following the introductory entry and the first deep dive on the event’s early chapters.

So—wow, a whole article on Exodus? That Crusading bigot? Welllll—let’s start by risking minor controversy and say not every soldier on Crusade a thousand years ago was necessarily any one thing. After all, do we judge each person enlisted in the US imperial armed forces as a dyed-in-the-wool imperialist and racist? If we’re going to immediately judge the ancient Grand Duc Bennet du Paris as a racist zealot, we need to think about how we in the modern West view ourselves and those around us: Do we or our enlisted, one and all, need to be subjected to the same blanket judgment? That word, obviously, couldn’t be more apropos here with this most literal of apocalyptic events under discussion. Isn’t much of what Gillen’s done with this event encouraging us to think about how we judge ourselves and others—and humanity, generally?

END_OF_DOCUMENT_TOKEN_TO_BE_REPLACED 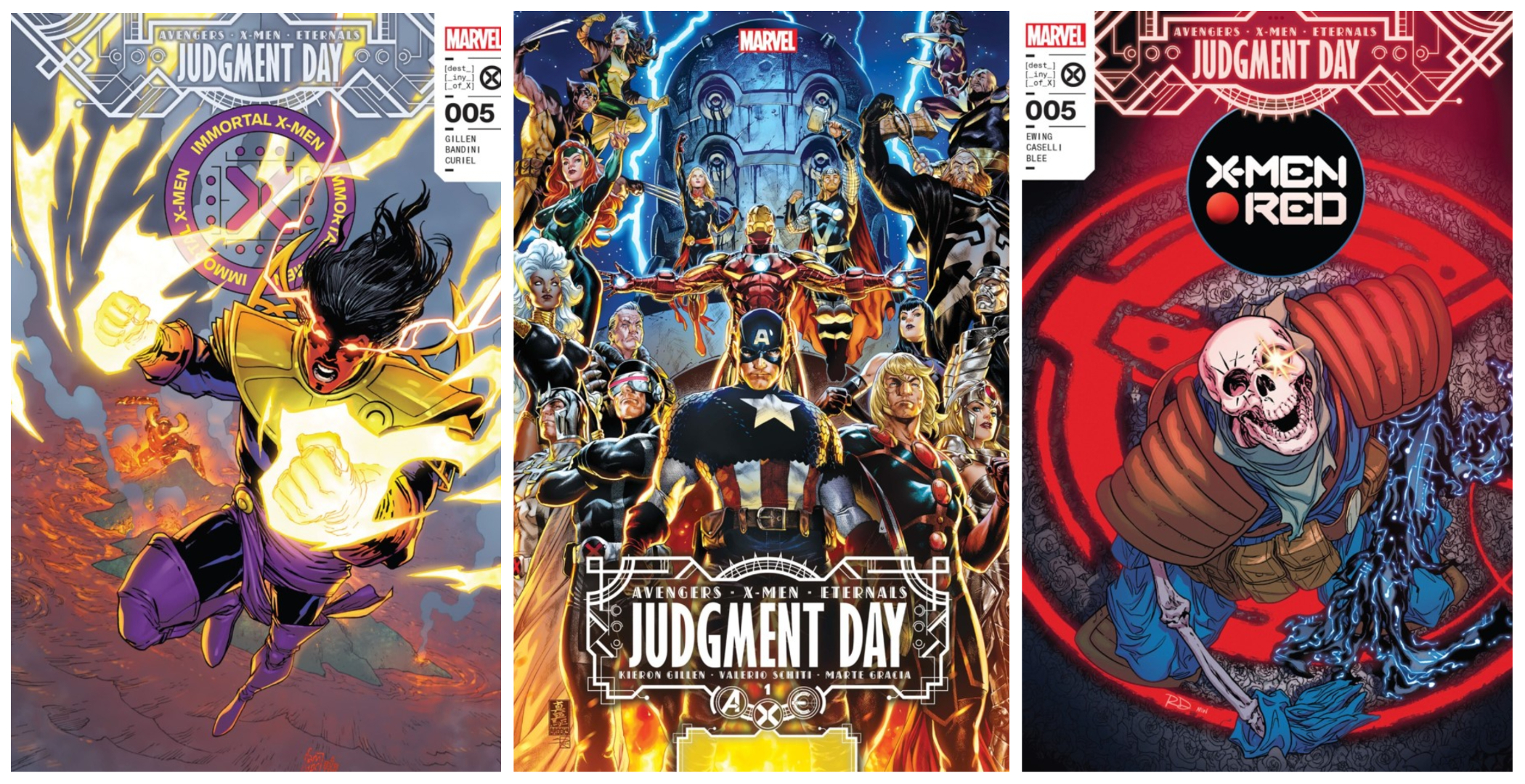 ”; previously, we looked at the lead-up to this apocalyptic ruckus, as well as the basics you need to know about the Eternals—as this entire story really is event architect Kieron Gillen blowing up the narrative he started with his brilliant but criminally underselling (and thus prematurely ended) Eternals run.

Note that spoilers will follow. From here, we’ll assume you’re caught up on the event’s core narrative.

END_OF_DOCUMENT_TOKEN_TO_BE_REPLACED

This is the first of several pieces that looks at the core “A.X.E.: Judgment Day” story from start to finish. We’ll focus on the event series A.X.E.: Judgment Day and the tie-ins written by event author and architect and ongoing Immortal X-Men writer Kieron Gillen (working with artists Valerio Schiti, Guiu Vilanova and Lucas Werneck, respectively), as well as the X-Men: Red tie-in issues from Al Ewing and Stefano Caselli, the surprise mini-masterpiece Legion of X #6 from Si Spurrier and Rafael Pimentel and Marauders #6 from Steve Orlando and Andrea Broccardo—which isn’t as essential as the others but is significant for devoting an entire issue to Krakoan reactions—specifically, the Marauders’—to the Progenitor’s judgment; indeed, the story deals with developing a healthy response to a false god’s terrifyingly bratty judginess.

So, we’re narrowing in on what’s already a wealth of material, paring down from 30+ issues with the tie-ins to appreciate the core of this epic story and its most integral side stories, while appreciating the nuances of character, theme and continuity that each storyteller brings to this apocalyptic barnstormer.

END_OF_DOCUMENT_TOKEN_TO_BE_REPLACED 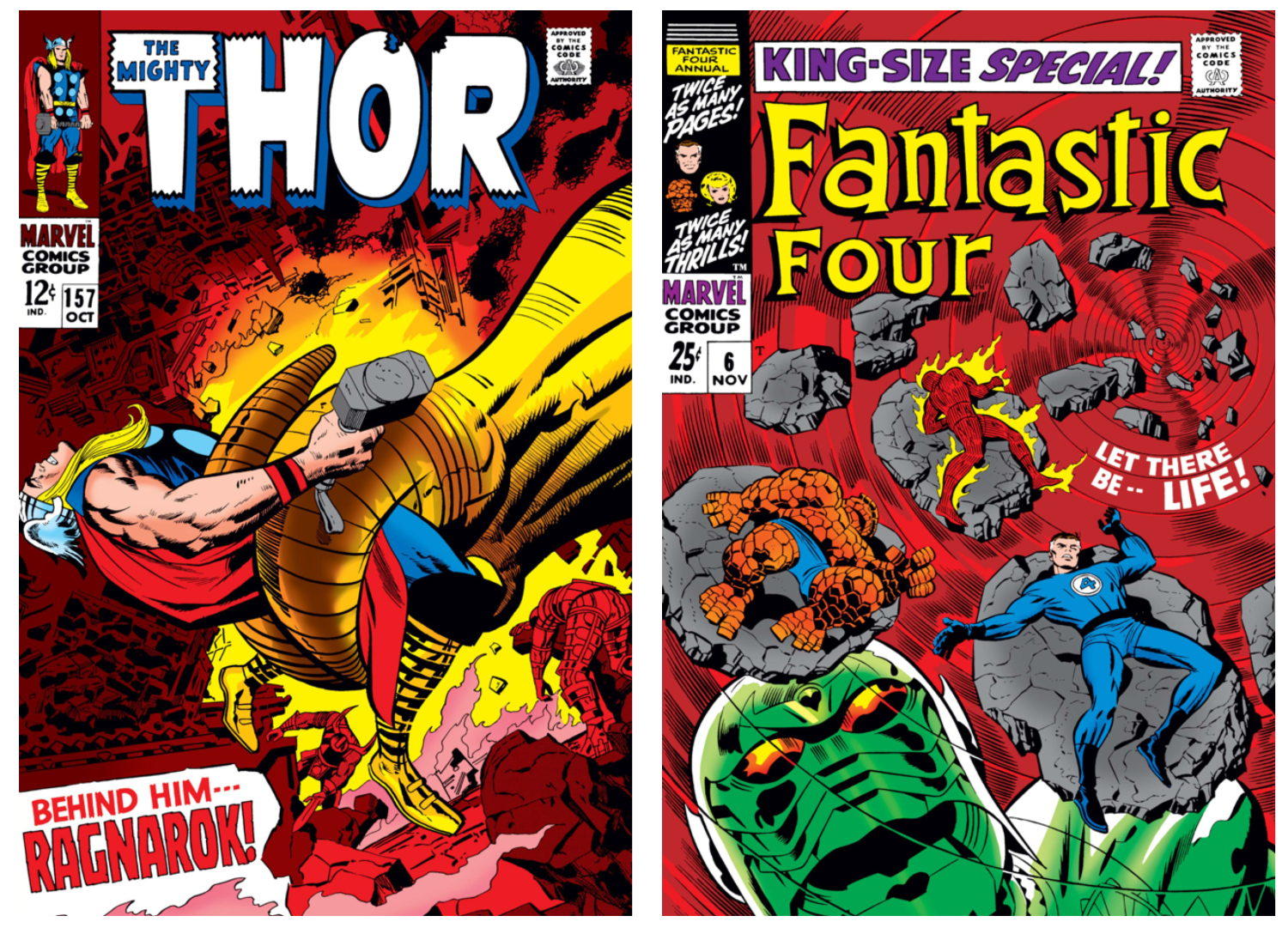 If you missed our 1968 entry on The Silver Surfer and Captain Marvel solo series, check it out!

As a Marvel Cosmic menace and a classic instance of pulp cosmic-horror, Annihilus is fairly unique. Occasionally approaching the threat level of Thanos, the dire bug lord can be just as existentially terrifying to sentients everywhere, especially in 2006’s Annihilation, but he’s as much cosmically powerful warlord as insect horror trope—both spaces that, of course, the much more well-known Brood occupy successfully. Still, while the Brood’s depictions have often played both aspects to the hilt, Annihilus’ storytellers generally haven’t emphasized the horror of his being, whether that’s the alienness of his biology or his motivations (the clearest exceptions here being Keith Giffen, Dan Abnett and Andy Lanning in the Annihilation event and Jonathan Hickman in his Fantastic Four run 12 years ago). The guy’s got a lot of untapped potential when it comes to skin-crawling thrills and chills.

Mangog is perhaps more horrifying for appearing so bizarre, chimeric almost, and mindlessly brutal—and properly mammoth. He’s also simply much more cosmic horror than particularly cosmic, beyond, that is, his origin; here, too, there’s still untapped potential in Mangog’s status as a cosmic player. Since his debut, the fullest realization of this alien monstrosity’s brutal terror and the most impressive battle against him are to be found in the epic story arc that is the beginning of the end to Jason Aaron’s spectacular Thor run (see The Mighty Thor #700-705, recently followed up on, rather underwhelmingly, in the current Thor title from Donny Cates). Of course, there’s very little prior competition even his original story is deeply flawed in its resolution, as was so common in the Silver Age, with a lame and quite literal deus ex machina (However, it’s been 20 years since I read Dan Jurgens’ 2000 Mangog/Thanos* epic in Thor vol 2 #20-25, which probably still holds up for some quick fun, but it’s not going to have the pathos or intensity of Aaron, Russell Dauterman and Matthew Wilson; *it’s really just a Thanos clone, though, so…).

The clear challenge with nemeses like these is that rolling them out onstage means the stakes must be high, apocalyptically dire; otherwise, they should be offstage or they lose the edge to their terror—though why not have a one-off, fun and cruelty-free version of these two brutes in something like a Squirrel Girl Beats Up Marvel Cosmic or Gwenpool Gone Space Merc?

END_OF_DOCUMENT_TOKEN_TO_BE_REPLACED 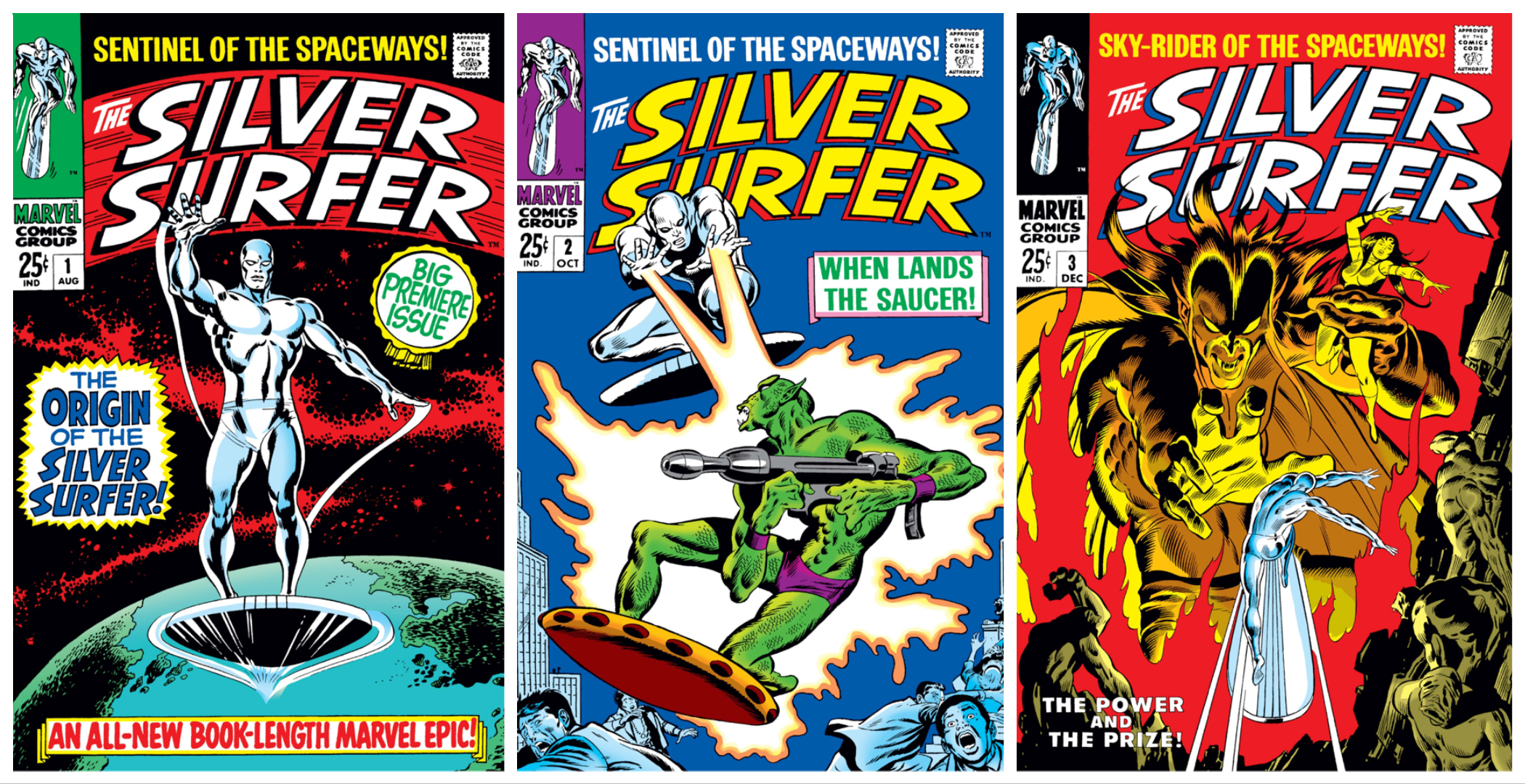 If you missed our 1967 entry, check it out! You can link back to previous entries there, as well.

Probably Marvel’s second-best cosmic-themed adventure of 1968 (after the debut of the fearsome Mangog in Thor; next time) was the return of Galactus in Fantastic Four #74-77. Of course, that’s no endorsement for how everyone treats Sue Richards there; also, the story itself doesn’t make a heck of a lot of sense and anyhow, it doesn’t push the envelope on Marvel Cosmic—although these issues are a visual wonder. Kirby takes flight with the Silver Surfer, especially as he escapes to the Microverse to avoid Galactus, who’s come back to Earth to beg for the return of his Herald. The Microverse’s Psycho-Man, recently introduced in Fantastic Four Annual #5, also appears. This unusually decompressed arc is also noteworthy for being Kirby’s farewell to one of his favorite creations, as the Surfer’s adventures continue in his own solo book, which was Stan’s full appropriation of the character for his own ideas—read: heavy soapboxing—while bringing aboard wonderful artist John Buscema whose art, however elegant, never popped and shattered banal reality/received aesthetics like that wondrous weird Kirby crackle. Of course, few artists have ever matched the King; further, as with any sensible up-and-coming artist, Buscema’s work ethic was about fulfilling his role to the utmost without causing trouble with the boss. We’ll return to this below in our entry on the first few extra-sized issues of The Silver Surfer title.