I was first exposed to Tyler Boss’ work, as I think many people were, in 2016-17’s 4 Kids Walk Into A Bank from Black Mask Studios, written by Matt Rosenberg. The miniseries tells the story of four friends who, well, plan a bank heist for a variety of complicated reasons. Rosenberg’s writing is charming, the voices of the kids clear and distinct. But what really wowed about the series was Boss’ idiosyncratic artwork.

4 Kids was a critical success, and it seemed a no-brainer that Boss and Rosenberg would follow it up quickly, and indeed, at February 2018’s Image Expo, they announced they were re-pairing, with a new series titled What’s The Furthest Place From Here? This new series seemed imminent, with the pair selling an ashcan edition of the first half of issue #1 in November of that year at New York Comic Con. The ashcan promised a smart, weird and moody comic, set in a near-future apocalyptic world with no adults. Alas, we waited and waited for a solicit that seemed to be forthcoming any month now, but never seemed to materialize.

Then, on May 16 of 2019, Boss tweeted out a cryptic message: a red emoji heart, a black emoji heart, the hashtag “#welcometopendermills” and an illustration showing a peculiar cast of characters and the edge of a “missing” poster: END_OF_DOCUMENT_TOKEN_TO_BE_REPLACED

joins them with a blend of stunning art, thoughtful characters, and interconnected tales. END_OF_DOCUMENT_TOKEN_TO_BE_REPLACED

Of the big three “non-human races” of the Marvel Universe, the Eternals have long been playing catch-up. The X-Men are, well, the X-Men. While the Inhumans have a rich and varied history interwoven into the fabric of the larger Marvel Universe dating back to the Silver Age (to say nothing of a failed TV series and that time when Fox still owned the X-Men movie rights so Marvel tried to position them as their new, more cinema-friendly, version of mutants).

The Eternals, while of a similar pedigree (all three share an artistic creator in Jack Kirby), have long existed on the fringes of the Marvel Universe: various artists and writers, often top-notch ones, step-up and present their take on the long-lived demi-gods secretly protecting humanity from the monstrous Deviants in the name of the cosmic Celestials, and when they’re done, the Eternals quietly fade once more into the background of the Marvel Universe.

Eternals: Only Death is Eternal

is the latest such creative effort. Collecting the first six issues of a new ongoing Eternals series from writer Kieron Gillen and artist Esad Ribic, the book is clearly being positioned to capitalize on and contribute to the Eternals’ upcoming moment in the Marvel Cinematic Universe zeitgeist, with their feature film (after a lengthy pandemic-induced delay) scheduled to premiere just a scant few months after the publication of this volume. In Gillen & Ribic, Marvel has again entrusted top-tier talent to this effort, and Gillen and Ribic, to their credit, reward that trust. Every iteration of the Eternals attempts to put a new spin on the concept in some way, and the inaugural launch of this series is no different.

Gillen and Ribic don’t just put a new spin on things; they do so in a way that contextualizes and synthesizes all of the previous versions, creating a kind of grand unified theory of the Eternals that honors what’s come before in the Eternals history while breaking new ground. Along the way, they also tell a densely-plotted, gorgeously-illustrated, rip-roaring tale filled with moments of fist-pumping excitement and tragic heartbreak alike. The end result is the best possible entry point into the Eternals for a new reader.

END_OF_DOCUMENT_TOKEN_TO_BE_REPLACED

, I’m left with no choice (none!) but to rank my favorite punk albums of 1994 in homage to the July ’94 punk scene where the story of Ami, Rip, Buzz and company begins!

END_OF_DOCUMENT_TOKEN_TO_BE_REPLACED 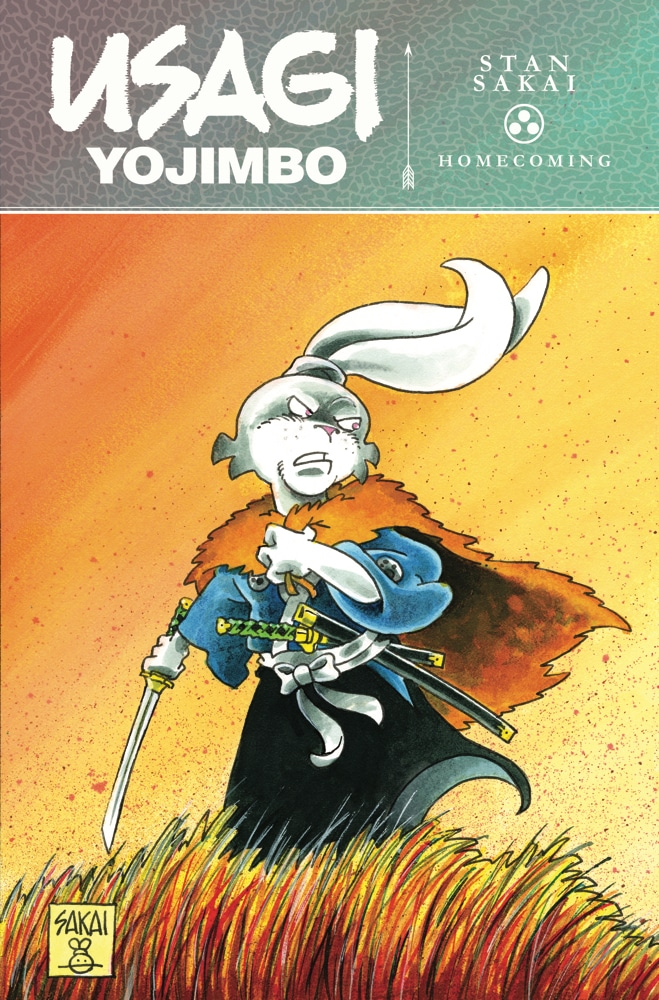 Which is a long, circuitous way of saying that, moving forward, IDW will not be publishing new Usagi content collections consistent with the Fantagraphics and Dark Horse collections. The smaller 6” x 9” format for trade collections has been abandoned in favor of full-sized editions. This presents the art in a larger format that’s more consistent with the monthly comics, but, as many collectors find important, it won’t gel well on the shelf with prior collections. The numbering scheme has also been restarted, with “Bunraku and Other Stories” being the new volume 1, and “Homecoming,” the collection under discussion, as the new volume two. END_OF_DOCUMENT_TOKEN_TO_BE_REPLACED