This week on “Previously On,” I review the first season of Swamp Thing on DC Universe, react to Spider-Man out of the MCU and new Disney+ shows, and teach my son to say Doctor Doom.

Since stories of its sudden foreclosure and abridged season have dominated the conversation about DC Universe’s Swamp Thing, it’s easy to forget there were about three months of oversized hype for DCU’s horror follow-up to the damn-near perfect Doom Patrol.

Swamp Thing is a tricky beast to tackle, but thanks to Alan Moore, John Totleben, and Stephen Bissette’s work on Saga of The Swamp Thing

in the 1980’s, there’s a legacy of storytelling mastery that forever indicates immense potential. The manifestation of Grant Morrison and Richard Case’s vision for Doom Patrol

onto DC Universe suddenly made the idea of a horror-soaked ride through DC’s swamp tremendously exciting.

Instead, Doom Patrol is the excellent anomaly, and Swamp Thing is likely to remain a strangely forsaken footnote. When rumors of studio meddling occur it’s easy to blame the corporate overlords, but if there’s actually quality control over at DC / Warner Bros that determined Swamp Thing wasn’t on track to warrant 13 episodes, good for them! They were right! DC’s “editorial notes” are well publicized as destructive to their own well-being over the past several years, but in this case, it was the right call.

To Swamp Thing’s credit, the showrunners commit hard to horror, and there are moments of gore and shock quite unlike anything in the “comic book” TV genre to date. Admittedly, the opening to episode 5 was truly unsettling and gave me chills. I’m an easy mark for scary stories – in that I don’t like them, and am easily terrified – but I’d still argue the show does as much with possession and gross bugs as the source material!

Likewise, the build to Justice League Dark was intriguing but ultimately disappointing. Throughout Swamp Thing the series teases Blue Devil, Madame Xanadu, and The Phantom Stranger, but I’m not sure it does much to make any of them all that interesting on their own. I’d imagine JL Dark is the long-game plan for a series like Swamp Thing but it’s hard to imagine this generating enough steam on its own to get to that point.

Which leads to my biggest gripe with Swamp Thing – the series didn’t actually know what to do with the big green guy! Mostly, Swampy hides among trees and tries to figure out what’s going on, which as it turns out, is like watching flowers blossom in real time. Worse, slow playing “The Anatomy Lesson” – one of the most iconic stories in all of DC’s 1980s comics output – this damn directly is obnoxious. Truly, I actually felt more accepting of the show before they tried rolling out these “big guns” in episode nine. Even for viewers who don’t already know the story 1) It’s a slow build for a whole lot of additional players to get there and 2) it so drastically pales in comparison to Moore’s version it’s honestly just a waste of the reference material.

Both Titans and Swamp Thing take pages out of Marvel’s Netflix show formula, and it’s particularly tedious throughout Swamp Thing’s ten episodes. Characters I came into Swamp Thing excited to see more of include Swamp Thing, Abby Arcane, and Jason Woodrue. Supporting characters matter, of course, but comic book TV swinging for “prestige” quality too often mistakes depth with time spent. A character like Avery Sutherland should leave viewers wanting more, and I can’t imagine anyone comes away with that impression after a full 10 hours here.

The DC Universe offerings now stand at 2 excellent additions (Doom Patrol and Young Justice) and 2 middle-to-poor offerings (Titans and Swamp Thing). It’s not a great ratio (especially if you’re just looking at live action), but reportedly Titans 2 and Doom Patrol 2 are on the way, and I do have high hopes. Sadly, Swamp Thing failed to live up to those hopes in every regard. 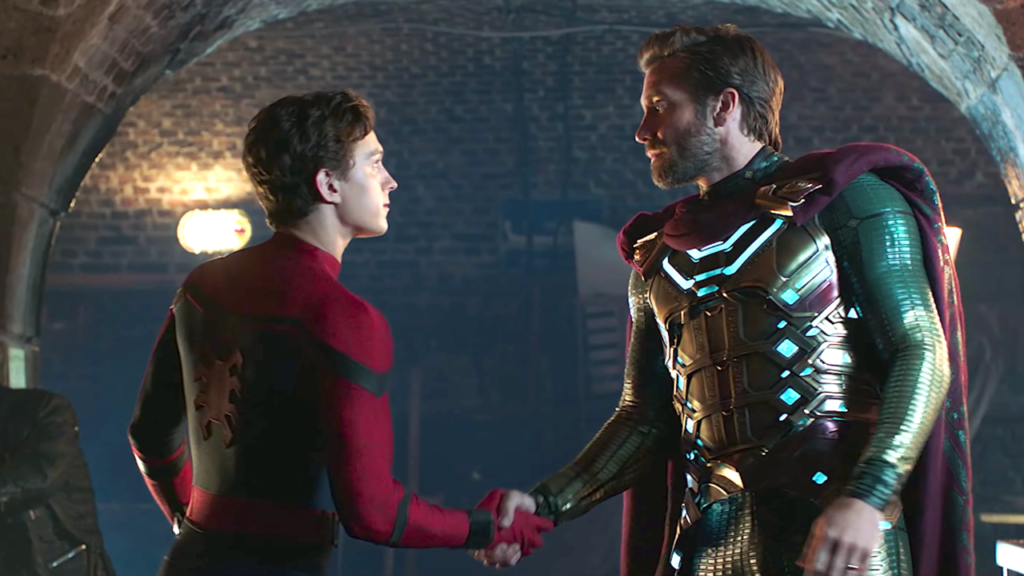 TREND: Win Some, Lose Some

Even with the Disney World Takeover convention news that Disney+ has plans for Ms. Marvel, She-Hulk, and Moon Knight TV series, the biggest news remains the apparent – or better put, likely – removal of Spider-Man from the Marvel Cinematic Universe.

Given the reported details of negotiations, I can’t blame Sony for telling Disney they’ll take their Spidey and go home. Disney’s demands sounded laughably lopsided, which is disappointing to say the least. The entertainment behemoth that owns an increasingly disturbing cluster of the world’s pop culture could easily take a hit on Spidey profits in order to keep the quality of the MCU higher, and if this game of chicken actually results in no more MCU Peter Parker, they’ll have chosen the C.R.E.A.M. philosophy we all expect of corporations.

In terms of the impact on the MCU, it’s both a huge shock, and arguably perfect timing. On one hand, the post-credits tease in Far From Home (which came out like, 10 minutes ago) set the stage for an insanely exciting Spider-Man 3 that may now never happen. That’s somewhere between a massive bummer and devastating news depending on your feelings towards the first two films. On the other hand, though, since Far From Home didn’t actually do much post-Endgame Avengers building, the shared MCU isn’t particularly reliant on anything that happened in Far From Home. Narratively it’s not impossible to find a world where Peter Parker goes into hiding.

On Sony’s end, it’s easy to slam the studio for mismanagement, but this is also the home that delivered the first two iconic Spider-Man movies, and Into the Spider-Verse, which alone extends approximately infinite grace. The world’s about as ready for another Spidey reboot as I am for mushroom flavored coffee, but Sony does have a Venom franchise already up and rolling so maybe we just embrace the build to Maximum Carnage

Ok, that may not be helping.

It’s far from the end of the world, but I’ll admit to some real surprise at all this news. Right now I think it’s worth keeping in mind the details of this news are pretty poorly defined (a lot could still happen), and the MCU has years of non-Spidey plans that will keep the universe afloat and captivating.

The new Disney+ series announcements are, of course, very exciting. I didn’t expect to feel this way given my affinity for the various characters, but at this particular moment in time, I’d say I’m most excited for She-Hulk, Ms. Marvel, and Moon Knight in that order.

If you can’t wait for the shows, and want to dive into some comic book reading, here are the Comic Book Herald guides for each respective series:

One of my all time favorite Comic Book Herald review items is the Marvel chess board from Eaglemoss Collections. After some reorganizing I finally got the board set back up in my office, which has led to my toddler’s interest in learning all the character’s names.

This is obviously thrilling to me, but the biggest joy came when I heard the words “Doc Doom” out of a two year old’s mouth.

I’m quite certain I’ve peaked as a father 🙂