There is a darkness growing in the world, an evil rooted in the past that has risen up as a blight on the present. To stem this corruption, Levi Kamei must reconnect with his own forgotten past, and embrace a strange new destiny as the next guardian of the Green.

Since his first appearance in 1971’s House of Secrets, the Swamp Thing has held an enduring legacy as one of DC Comics’ most celebrated monsters. Co-created by Len Wein and Bernie Wrightson as a “muck-encrusted mockery of a man,” the Swamp Thing has taken on countless forms under seminal creators, most notably Alan Moore who made the creature into a more complex, introspective character, defined through his struggles for identity and a growing bond with all forms of nature. However, the character grew somewhat unfocused after Moore’s run, as subsequent creators built on the creature’s mythology and place in the larger DC Universe. Some more successfully than others.

Each writer would leave their own mark on the character, but it would be through DC’s Infinite Frontier and creators Ram V, Mike Perkins, John McCrea, Mike Spicer, and Aditya Bidikar that the Swamp Thing would finally return to form, tackling issues from beyond the realm of superheroes and delivering a horror-tinged critique of the modern world. This is the story of The Swamp Thing

, and how Ram V finally brought the guardian of the Green into the modern age.

END_OF_DOCUMENT_TOKEN_TO_BE_REPLACED 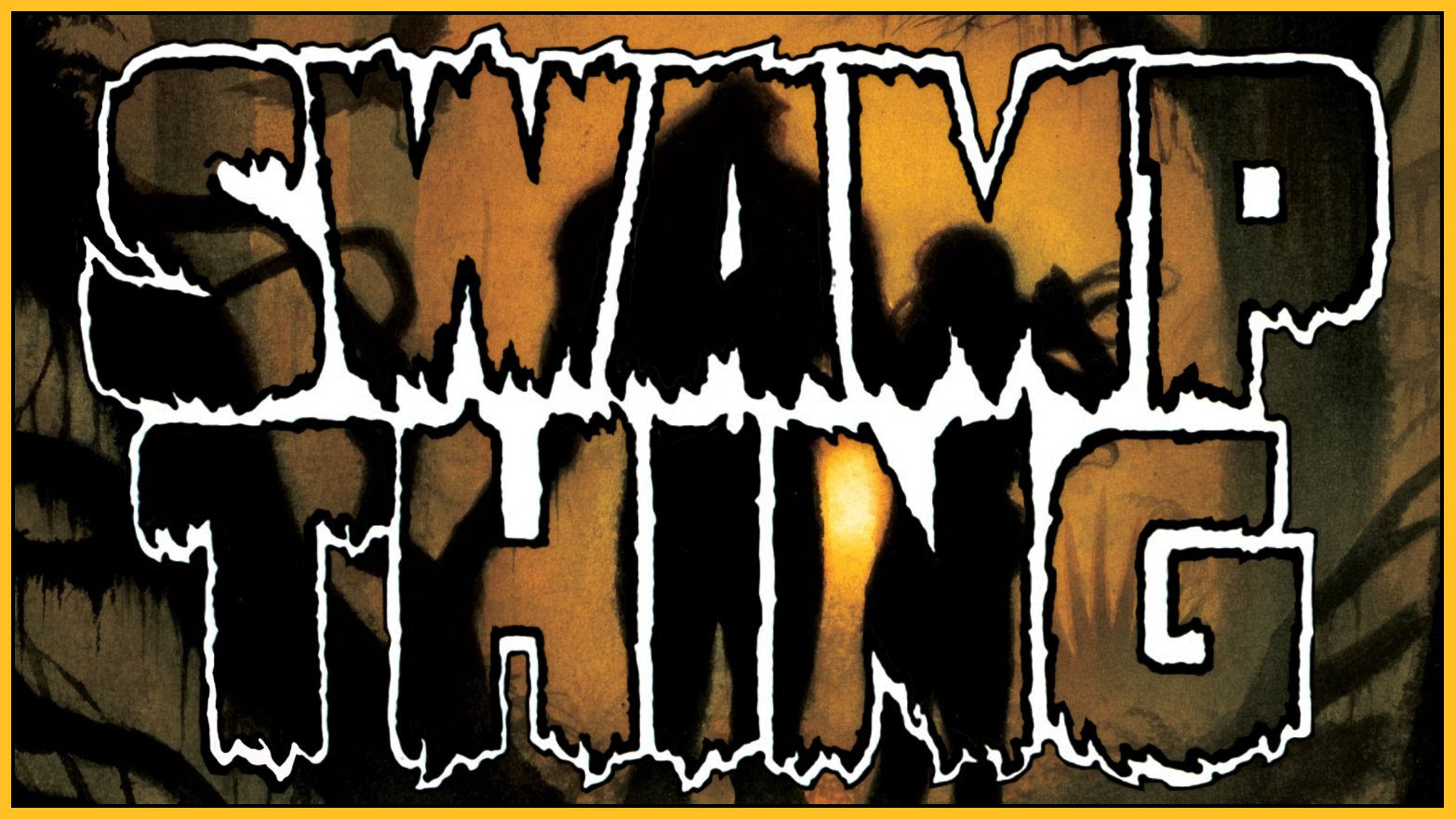 Through hell, war, and madness, the love between Abigail Arcane and Swamp Thing has only grown deeper. But can it withstand a world that hates them? And even worse, can it stand being separated by light years apart?

After taking over Saga of the Swamp Thing with issue 20 in 1984, Alan Moore and collaborators redefined and expanded the character of Alec Holland in ways that not only permanently changed the meaning of Swamp Thing, but influenced generations of stories at DC Comics. But while his long-running “American Gothic” storyline would reach a massive climax in issue 50, there were still more stories to tell, even as original artistic collaborators Stephen Bisette and John Tottleben would leave the title and be replaced by penciller Rick Veitch and inker Alfredo Alcala. But by 1987, Alan Moore would come to the end of his time in the swamps and soon after leave DC Comics forever. END_OF_DOCUMENT_TOKEN_TO_BE_REPLACED

Despite its legendary status in the DC Universe, the Swamp Thing series has spent many years in relative limbo. Created by Len Wein and Bernie Wrightson as a creepy but fairly standard horror comic for DC in the ’70s, the concept morphed into the basis for what is widely regarded as one of the most essential graphic novels ever with Alan Moore and Stephen Bissette’s take in Saga of the Swamp Thing. Many industry greats have tried their hand at the character since, giving us no shortage of excellent runs of many different flavors, but there’s been some starts and stops along the way.

With the most recent prior entry in the Swamp Thing story being a mini-series written by co-creator Len Wein in 2016, the 2021 series, The Swamp Thing Volume 1: Becoming, pans the camera away from Alec Holland as the human basis of the character. Taking a step in a different direction with the introduction of Levi Kamei as the avatar of the Green, this series distances us from the metaphysical concerns of the Swamp Thing itself, instead asking larger questions of humanity. Are we doomed as a species to repeat our mistakes until we tear ourselves apart, or is this a painful growing process in which we are becoming something new?

From straightforward horror storytelling to environmental radicalism to psychedelic explorations of the boundary between man and nature, Swamp Thing is consistently inconsistent, but that’s also to his benefit! An enigmatic character that draws renewed creativity out of storied creators like Alan Moore, Scott Snyder, Brian K. Vaughan, and more, Swamp Thing has historically been a title that commands respect and reverie for good reason. At the very least, it’s all but guaranteed there’s nothing else like a good Swamp Thing comic, and these are among his very best. END_OF_DOCUMENT_TOKEN_TO_BE_REPLACED

Alan Moore’s run on Saga of the Swamp Thing

is really darn good. The story of a plant who believes it’s a man, wandering the universe trying to find its place in everything – it’s melancholy and introspective, and it’s one of the most acclaimed Big 2 comics out there. So of course, it’s a hard legacy to live up to. There have been plenty follow ups, most of them unremarkable – even from creators who are otherwise fairly noteworthy. But DC decided to give it another proper shake in the New 52, with Scott Snyder taking the reigns.

Snyder’s run immediately distinguishes itself as something quite different from its predecessors, establishing right away that Alec Holland is, in fact, a person. More than that – Alec Holland had died and been replaced by a plant who thought it was a man. But in an act of grace from The Green, he was eventually resurrected and given a new lease on life. It’s… a weird situation, especially in the context of the New 52’s branding as a complete beginner-friendly reboot. We’re expected to understand that the events of Moore’s run did occur, but now the original Alec Holland is back. Sure, whatever.

As its own entity, though, the run’s fascinating. It veers so hard into its new direction that it’s quite unlike everything that came before it. Swamp Thing is the Avatar of the Green, yes, but he’s more than that. He’s the Green’s sole warrior to defend against the Red (animals) and the Rot (decay). The entire run is focused around a war between these three forces of life, instigated by the genesis of a new Avatar of the Rot. It’s high stakes, constantly moving, and genuinely feels like an event comic before the actual event even starts. END_OF_DOCUMENT_TOKEN_TO_BE_REPLACED