You are here: Home / Featured / Question of the Week: Do You Have a Hulk Reading Order?

Below you’ll find a guide to Hulk comics from his origins to today! Whether it’s raging Hulk, Professor Hulk, Doc Green, or the Devil Hulk, all the comic book stories are collected in chronological order below. 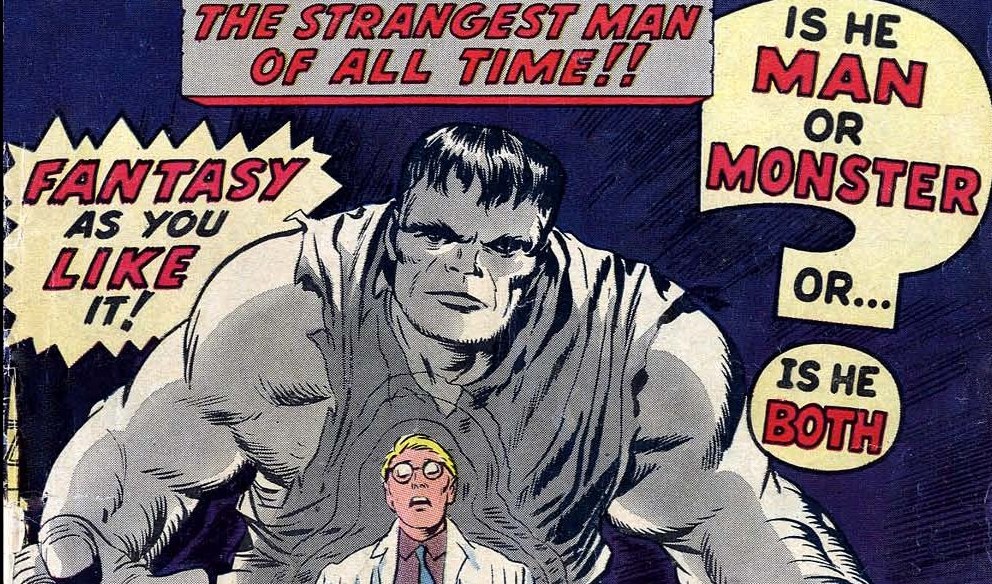 Hulk is the rare Marvel character to get his own solo series, and then be converted to an anthology, hiding within the pages of Tales to Astonish for nearly fifty issues before restoring to Incredible Hulk individuality. 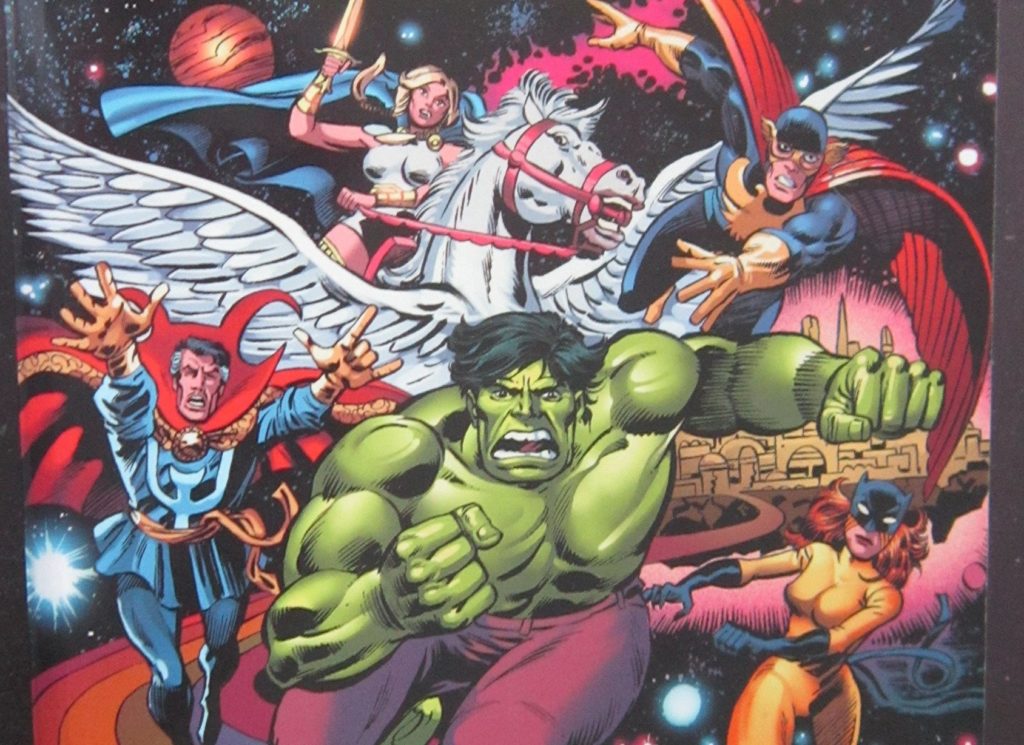 Marvel Unlimited only has the first issue of Savage She-Hulk in the library.

Bill Mantlo’s time on the character during the 1980s.

She-Hulk joins the Fantastic Four. She remains on the team for longer than these 11 issues, but issue #275 is Shulkie hunting down a sleazy papparazi, so maybe stop while you’re ahead? 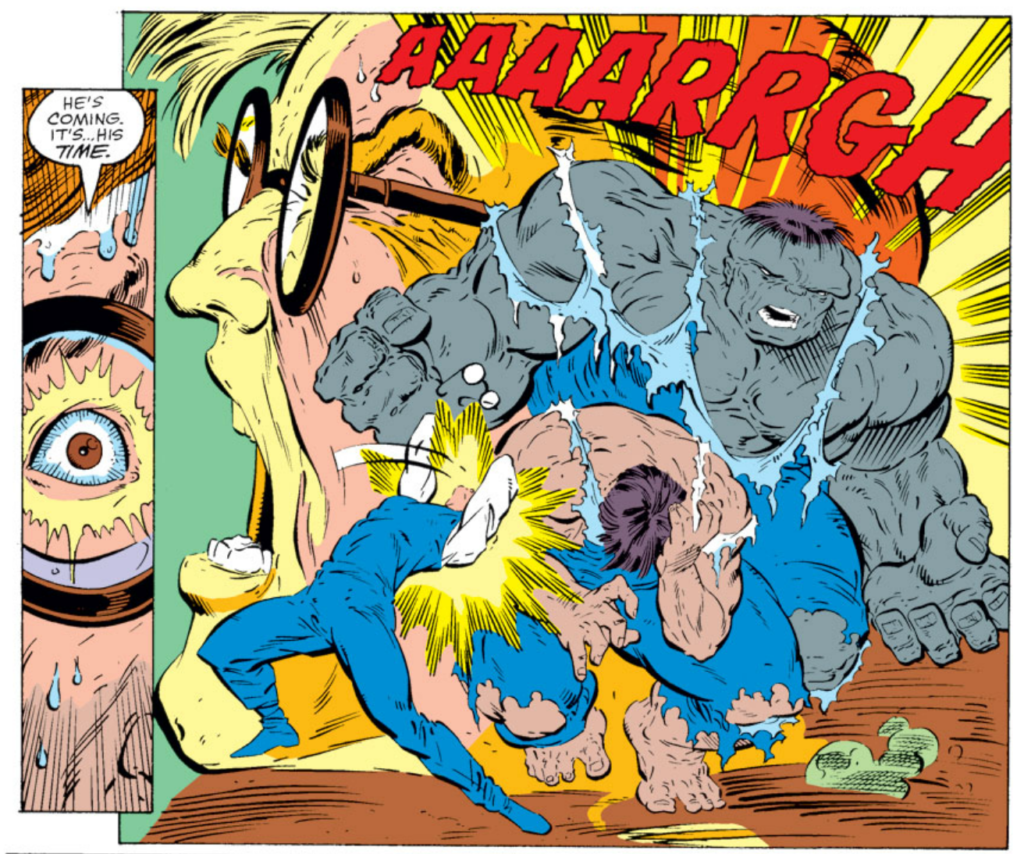 Astonishingly ground-breaking solo She-Hulk series from John Byrne (in 1989). This flies under the radar a lot, but Byrne basically set the Deadpool template within the pages of She-Hulk before we’d even hit the 90’s! Sadly, not on Marvel Unlimited.

Steve Gerber (of Howard the Duck fame) penned issues #9 to #23, with Peter David serving up the assist with issue #12. John Byrne hops back on for issues #31 to #50. As far as I can tell, none of these issues are collected. So if you have a hankering for She-Hulk, looks like it’s local comic shop or bust.

Probably my go-to pre-2000’s Hulk recommendation, made all the more impressive by the fact that it’s smack in the middle of Peter David’s remarkably consistent Incredible Hulk run. This two issue graphic novel combines the might of Peter David and George Perez to give us a futuristic dystopia. It’s a near perfect Hulk story, complete with some of the best Marvel lore in comics. 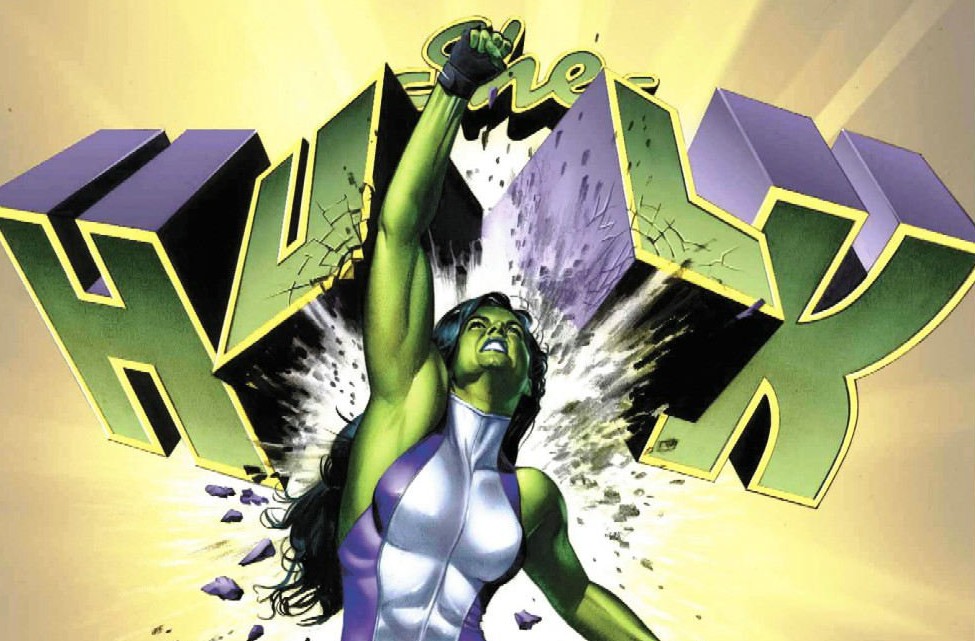 Under the radar two issue Hulk mini from Garth Ennis and John McCrea (with inks by Klaus Janson!), the team that created DC’s excellent Hitman

Another under the radar, four issue “out of continuity” miniseries from creators Brian Azzarello and Richard Corben. Really strong early 2000’s look at the psychology of Bruce Banner and the Hulk. In a lot of ways, the ideas and themes here set the stage for the Hulk Mark Millar and Bryan Hitch would portray in The Ultimates

Peter David returns to the Hulk for a “final” Hulk story.

May seem unrelated, but the Hulk’s unique relationship with Bob Reynolds will factor into Marvel continuity down the road,.

Peter David writes an updated, definitive origin of The Abomination (just in time for the Incredible Hulk movie

Out of continuity or flashback – fits here with release date, but doesn’t need to be read in association with Planet Hulk and World War Hulk.

What If? Planet Hulk

Note that some of the titles in Aftersmash are also included below.

In the aftersmash of World War Hulk, Incredible Hulk actually retitles to ‘Incredible Hercules.’ Only the first three issues are WWH: Aftersmash tie-ins. After that point, Hercules and Amadeus Cho truly spin out into their own series. It’s a fun run, I’d encourage reading as long as you like, but it stops fitting into the Hulk reading order here.

Hulk vs. Hercules: When Titans Collide 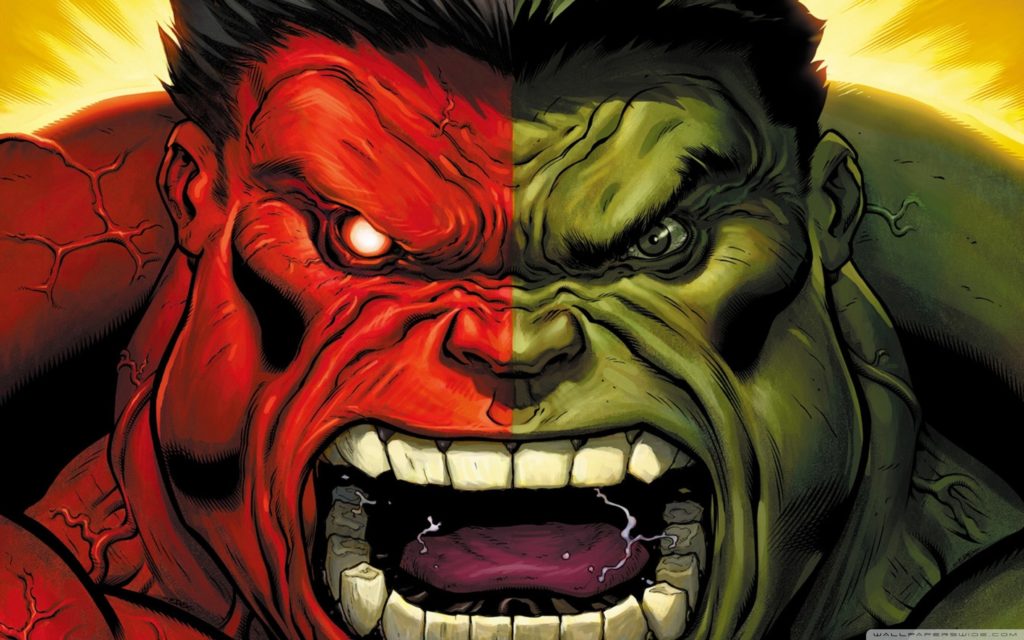 Following World War Hulk, Jeph Loeb and Ed McGuiness took over the world of Hulk, rebranding the core series from Incredible Hulk to simply ‘Hulk,’ and introducing the Red Hulk. You can read King-Size Hulk #1 after Hulk #3.

Collected as “Son of Hulk” in Marvel Unlimited. The Skaar one-shot can be read after Son of Hulk #3.

The She-Hulk, Lady Liberators, Guardians of the Galaxy team-up you didn’t know you needed.

Included under “Incredible Hulks” in Marvel Unlimited. Consider this a continuation of the ongoing Hulk series, as well as the start of Greg Pak’s new run on ‘Incredible Hulks.’ Pretty essential to continuity for both series.

Fall of the Hulks

VIII) The Greg Pak Hulk Era Comes to a Close

Realm of Kings – Son of Hulk

The She Hulks hunt for the intelligentsia.

Skaar: King of the Savage Land

Red Hulks is one of the four. 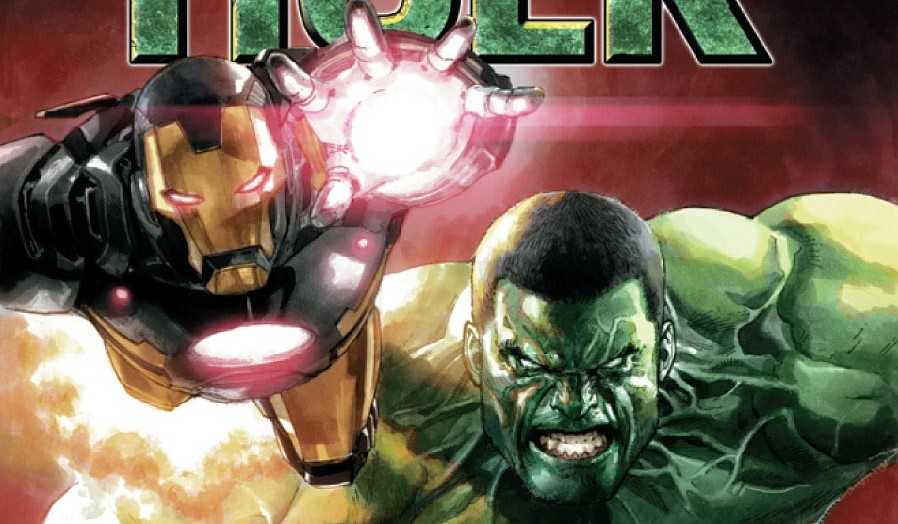 You can easily just ‘ctrl+f’ “Hulk” from the complete Marvel NOW! Reading order, for every Hulk book from 2012 to 2015. I’d also highly recommend you check out ‘Thunderbolts’ during this time frame, as that is the main Red Hulk book during Marvel NOW!.

In my opinion, Thanos vs. Hulk fits best within the Thanos reading order. It’s more a part of Jim Starlin’s Thanos continuity. Also, keep in mind that despite the series title, this is very much Hulk vs. Annihilus (with Thanos sort of lurking). That’s still a cosmic bruhaha, but truth in advertising ain’t what it used to be.

Amadeus Cho takes on the mantle of Hulk, and proves himself as a shockingly great lean green machine.

Thor Vs. Hulk: Champions of the Universe

Collects: Thor Vs. Hulk: Champions Of The Universe 1-6

Amadeus Cho travels Sakaar to help its people… while trying to fight the rage that haunted Banner.

Amadeus Cho is no longer totally awesome. Instead he’s fallen to the anger of Dark Hulk who wants nothing more than to prove who is strongest of all. After this, Cho returns to being awesome in Champions.

Ewing’s run is already being called one of the best runs on Hulk as he turns the book itself into a classic horror story that’s not to be missed. Note that the run follows on the heels of some brief Hulk appearances in the 2017 event, Secret Empire.

Bruce Banner returns as Hulk at the end of Marvel Legacy.

Bruce may have died, but the Hulk returns, bringing a horror we’ve never known.

The world has learned that Banner is back, and now Shadow Base, Alpha Flight, and even the Avengers are after him. But even they can’t stop the infection that’s taken hold on Hulk.

Hulk has sent many of his enemies to hell in his time. Now hell has come for Hulk, transforming New Mexico into a burning battleground

This 2020 one-shot written by Tom Taylor slots in between Immortal Hulk #14 and Fantastic Four #12.

Hulk investigates the death of his first and best friend, Rick Jones. To make matters worse, there’s an assassin after Banner and gamma experiments gone wrong.

2020 one-shot by Jeff Lemire and Mike Del Mundo, which fits flexibly most places in the early going of Immortal Hulk, despite publication well after Immortal Hulk #33.

Banner vs. General Fortean. Shadow Base vs. every being with a gamma mutation. It’s the final showdown.

Note that Hulk’s appearance in Juggernaut #2

can be read before Immortal Hulk #30.

After the events of Empyre, Jen Walters is brought into the Immortal fold!