If you think Daredevil has a hard time with Batman comparisons, just wait until you meet Moon Knight. Few Marvel characters are accused of second-tier rip-off status as often as Moon Knight, to the point that it would give anyone a complex.

Comic book fans who write off Moon Knight as an also-ran are missing out on some of Marvel’s best comics, though, especially in recent years from writers such as Jed MacKay and Jeff Lemire. 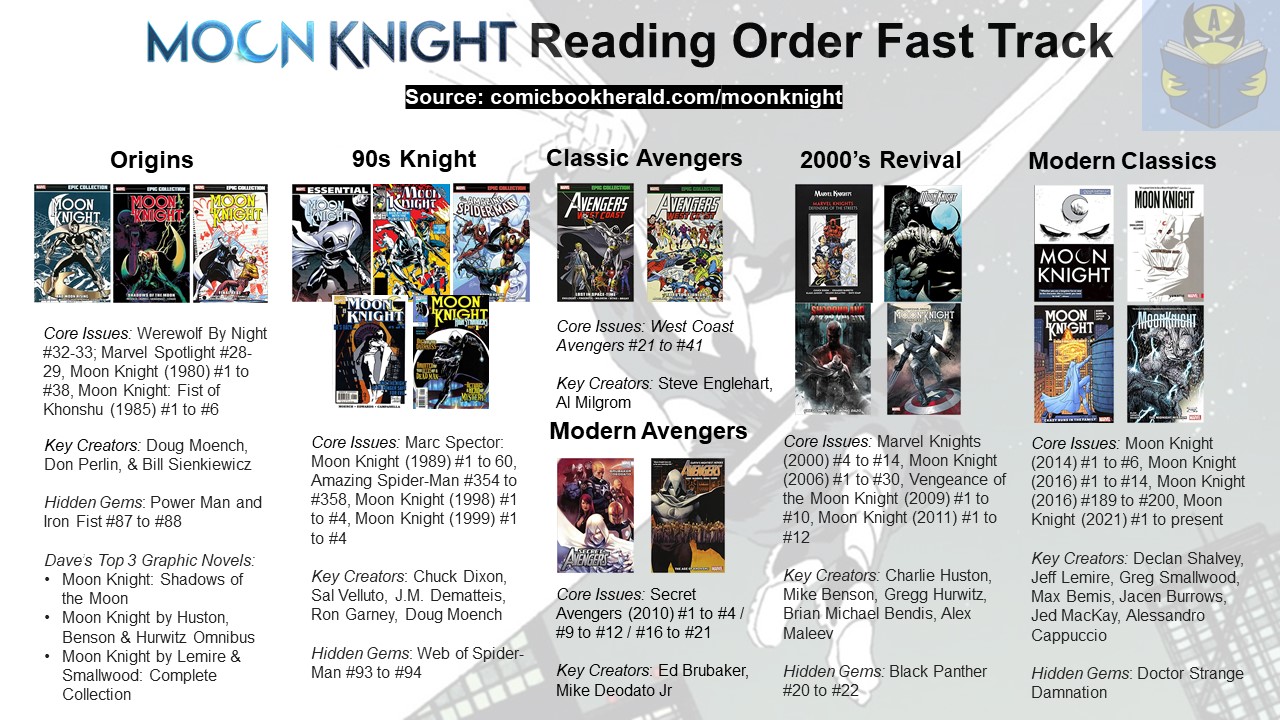 It’s a lesser known fact that Moon Knight has also landed himself various Avengers status, from the West Coast Avengers in the 1980’s to the Secret Avengers of the 2010’s. Couple that with an ongoing mental illness and challenges sorting out a possible Disassociative Identity Disorder, and Moon Knight offers plenty of different story telling angles from the Caped Crusader.

Plus, he’s got a better costume. 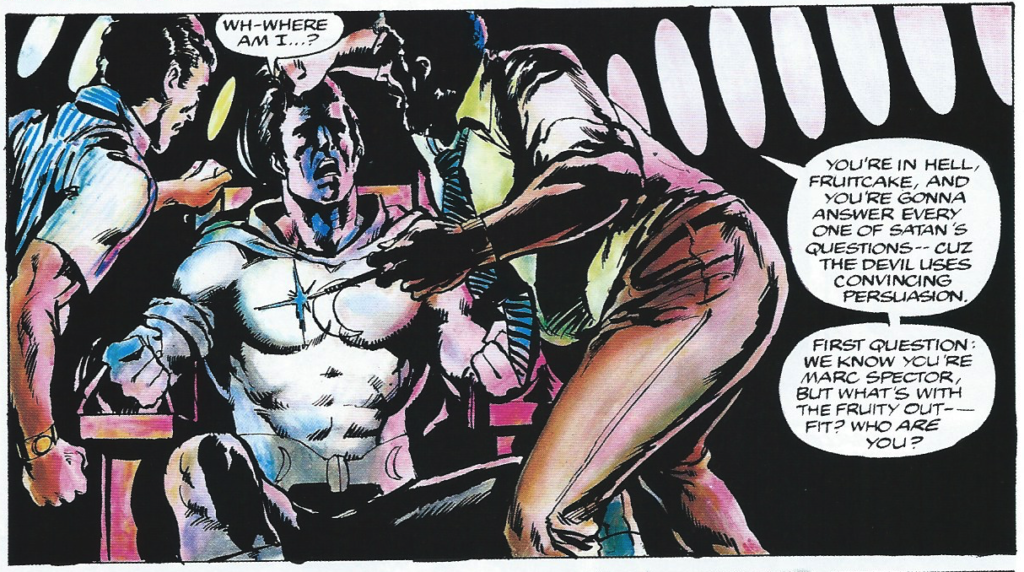 The first volume of Moon Knight would run for 38 issues until mid 1984. These are the Doug Moench and Bill Sienkiewicz Marc Spector stories you’ve been looking for!

From there the series rebooted with a volume 2, which launched summer of 1985 and only ran for 6 issue.

This series heads into 2022 largely non-digitized. Presumably, Marc’s MCU debut will change that, but until then, you’ve been warned! 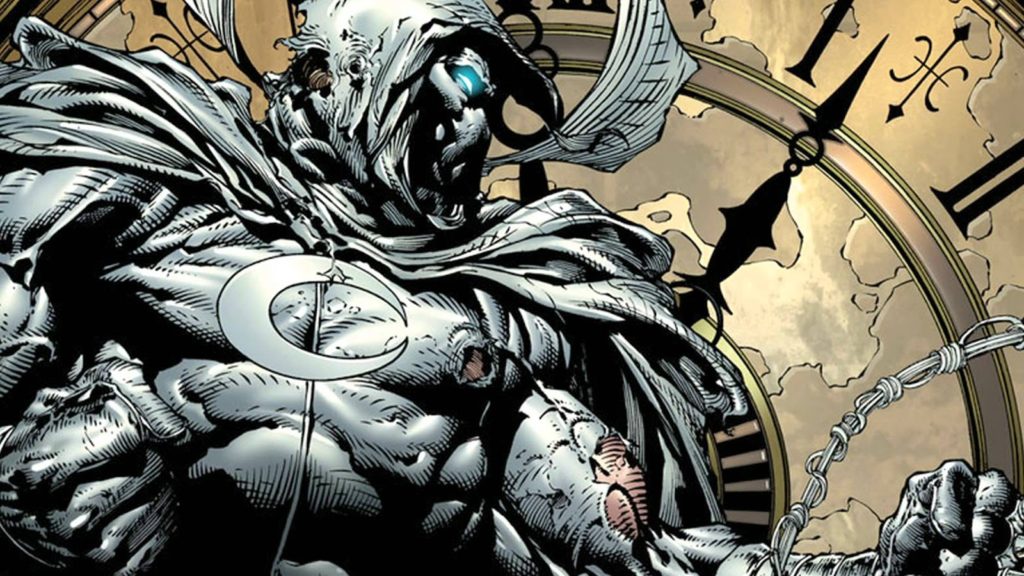 Marvel Knights by Dixon & Barreto: Defenders Of The Streets

Collects: Vengeance of the Moon Knight #1 to #6

Vengeance of the Moon Knight – Volume 2: Killed, Not Dead

Collects: Vengeance of the Moon Knight #7 to #10 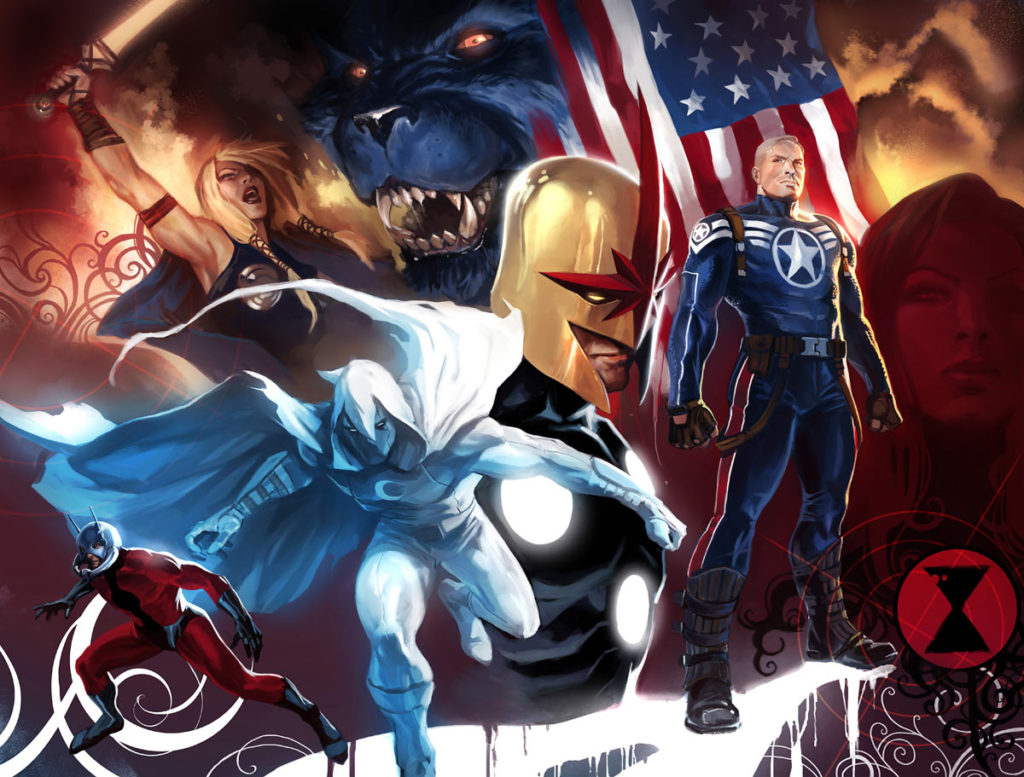 Moon Knight is merely a role player in the pages of Secret Avengers, where Steve Rogers is undoubtedly the star. Worth checking out, but largely this section will help clarify what Moon Knight’s been up to prior to the next solo Moon Knight run.

Secret Avengers, Vol. 3: Run the Mission, Don’t Get Seen, Save the World 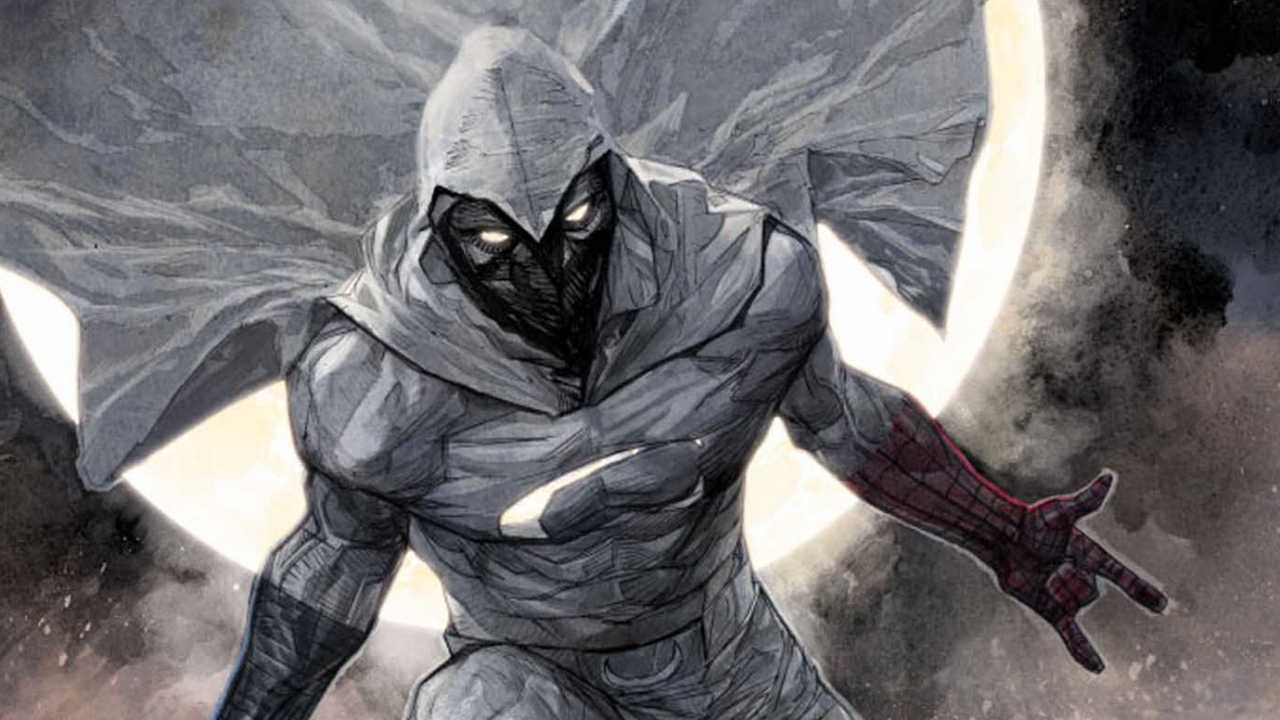 There are a few oddities about this 12 issue run on Moon Knight that tend to leave it overlooked in most discussions of the character.

For starters, the creative team of Brian Michael Bendis and Alex Maleev are best known for their near 60 issue run on Daredevil, one of the absolute greats of the 2000’s. When comic book fans think of Bendis and Maleev, odds are they think first of Daredevil.

On top of that, Moon Knight functions as an odd precursor to Marvel’s Age of Ultron event, written by Bendis.

I enjoyed this run as it was coming out significantly more than I expected. Partially it’s Bendis and Maleev working together, but they also carve out a strong take on Moon Knight and his challenges with identity.

Moon Knight Volume 1: From the Dead

I’m genuinely in awe of these comics every time I read them, from Ellis’s psychotically imaginative supernatural science to Shalvey’s unrivaled action sequences. These are inventive, beautiful comics, and you don’t need to know a thing about Moon Knight heading in that the comic doesn’t adequately explain in a few pages.

Moon Knight Vol. 3: In the Night

Whereas Ellis and Shalvey’s Moon Knight declared on every set-up page that Moon Knight is “completely insane,” Jeff Lemire and Greg Smallwood’s run takes a step back and asks: “Wait, is he really?”

There have been plenty of “Marvel does One Flew Over the Cuckoo’s Nest” takes before (I think first of Jason Aaron’s Wolverine and Dr. Rot story arc), but not many runs start and focus inside the asylum. It’s a strong, great-looking opening salvo in a new direction for Moon Knight.

Marvel Legacy Moon Knight and Beyond!

Avengers by Jason Aaron Vol. 7: The Age of Khonshu