You are here: Home / Reading DC Comics / Flash Reading Order – Where to Start With The Flash Comics?

My name is Dave the Herald, and I have the fastest Flash reading order introduction alive.

Where to Start With Flash Comics?

It all begins with Jay Garrick, the fastest hat alive.

You can also check out Golden Age Flash’s appearances as a member of the Justice Society of America, in the likes of the All Star Comics Archives below.

All the way up to… 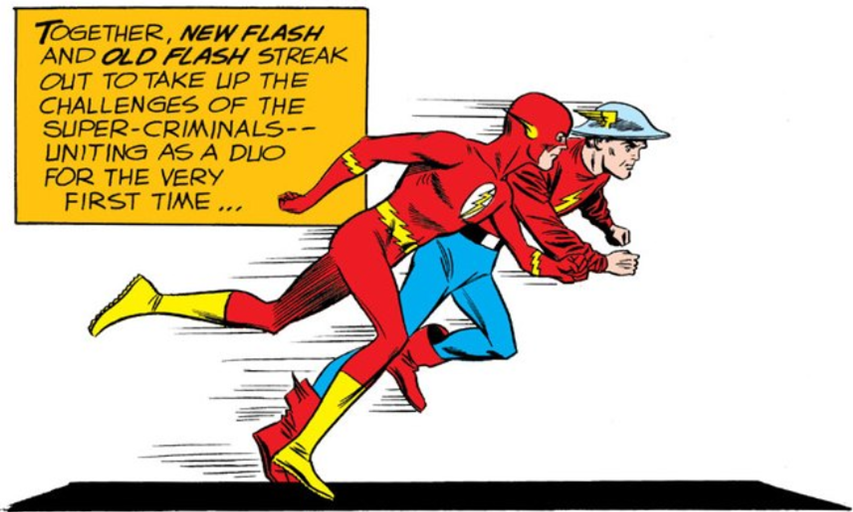 Enter the era of Barry Allen, the fastest man alive.

Following Flash Archives Volume 6, collected Flash editions basically skips the whole gosh darn bronze age (approximately the 70’s). You can essentially mark a close to this era of the Flash with the above omnibus editions or:

Showcase Presents: Trial of the Flash 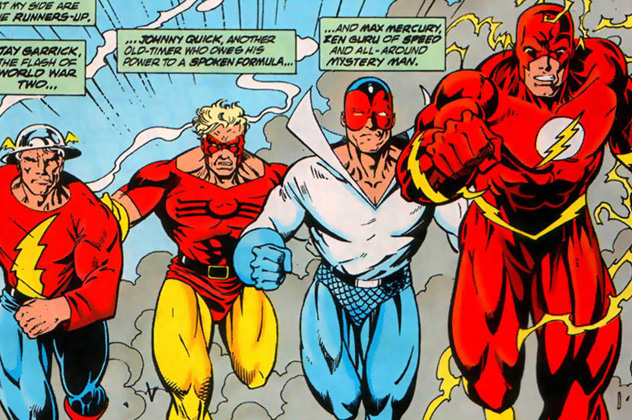 In 1985, DC Comics launched the largest event in their history with Crisis on Infinite Earths

. It’s a fascinating macro-event, with all sorts of continuity and editorial universe mandates, but most importantly for our purposes, it features major ramifications for The Flash.

As in, we’re going to need a new Flash. Enter the era of Wally West.

It’s worth noting here that there are over 60 issues of Flash comics from 1987 to 1992 that are uncollected, and weirdly almost never discussed. Whereas Batman, Wonder Woman, and Superman saw some of their most iconic comics in the wake of Crisis, Flash wouldn’t reach the acclaimed Mark Waid run until issue #62.

The Flash: Born to Run

You can also enjoy Mark Waid’s run on Flash, now collected in full-size trades from DC as The Flash by Mark Waid Book One.

The Life Story of the Flash

The second expanded trade collecting Mark Waid’s run on Flash releases May, 2017. It will feature the previously uncollected Flash #69 to #73. Note that Flash #74 to #79 includes overlap with The Return of Barry Allen trade collected below!

The Return of Barry Allen

Note that these Flash comics overlap with the “Waid Book Four” collected edition!

I’d recommend reading the first 9 issue story arc from Grant Morrison and Howard Porter’s JLA here. Wally is a major player on the reconstituted JLA. If you want more, you can check out the Justice League reading order.

Grant Morrison & Mark Millar, two of the most well-known comics writers in the game, put together a co-written 12 issue stint on Flash from issue #130 to #141. 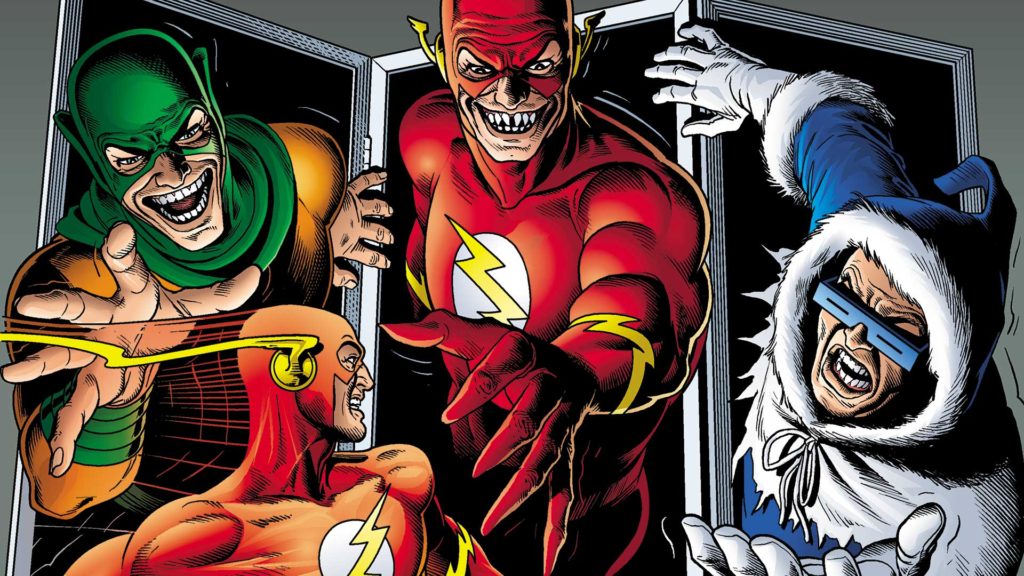 While Geoff Johns is now just about the biggest name in DC Comics, his earlier work includes a long, sustained, and generally very solid run on The Flash.

The Flash By Geoff Johns Book One

Flash: The Secret of Barry Allen

The Flash: The Wild Wests

The Flash: Lightning in a Bottle

Final Crisis is another mega DC Universe event, and although I’m typically a Grant Morrison fan, it’s currently the second lowest rated comic on my best comics of all time rankings.

That said, there is a three issue ‘Rogues Revenge’ miniseries which is a good read for the Flash fanatic.

Another DC Universe mega event to close out the era, this time penned by Geoff Johns as part of his 2000’s Green Lantern epic. There are some fairly important Flash ramifications here, most notably detailed in the three issue Blackest Night: Flash tie-in. 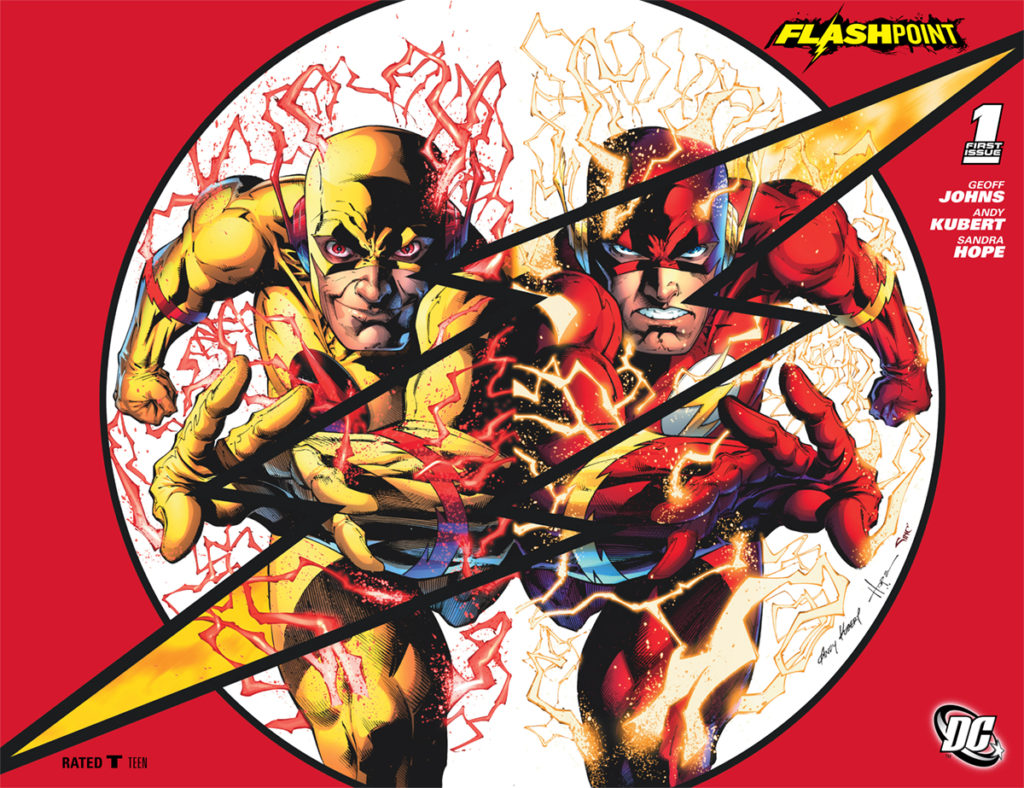 with Hal Jordan, and then the next era of Flash on our list. This will lead all the way to Flashpoint, the most Flash-centric event of DC’s 2000’s, and the impetus for the controversial New 52!

The Flash Volume 1: The Dastardly Death of the Rogues

Collects: The Flash #1 to #7, The Flash Secret Files

The Flash Volume 2: The Road to Flashpoint

Flashpoint: The World of Flashpoint Featuring The Flash

The Flash By Francis Manapul and Brian Buccellato Omnibus

Again, I’d encourage you to check out the complete New 52 reading order if you want very specific placement for all 6 issues of the Forever Evil Rogues Rebellion tie-in comics.

The Flash: Out of Time 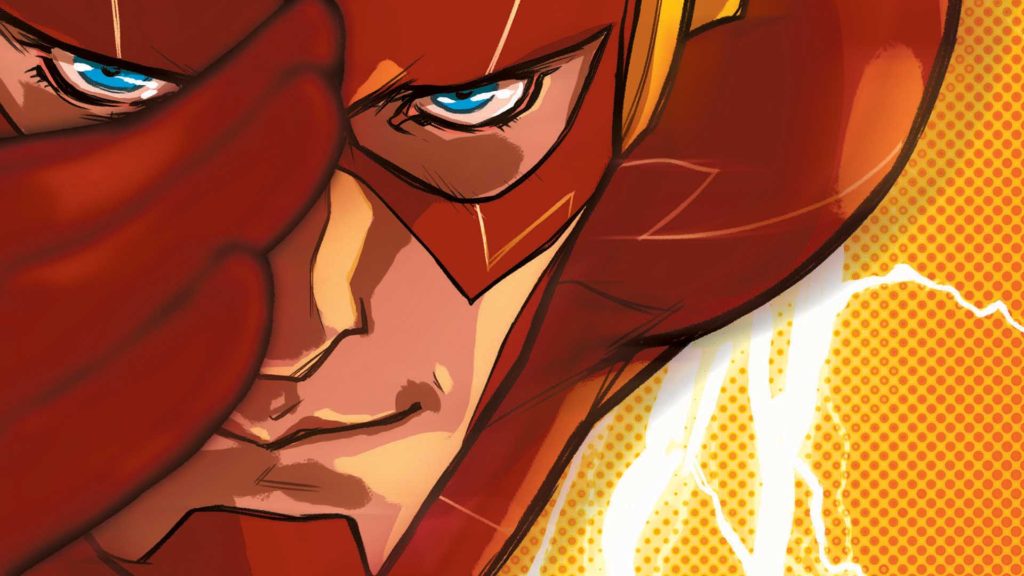 At the time of publication, DC Rebirth brings a new status quo for all things Flash (and the DC Universe as a whole). As a matter of (flash) fact, the Flash family is at the center of DC Universe Rebirth #1, in some thrilling and poignant ways. The launch of this entire new universe makes a whole lot more sense if you have this Flash reading order under your belt.