Heroes in Crisis is DC’s late 2018 mega event, an instantly controversial dive into how the heroes of the DC Universe manage PTSD and trauma. With a story by Tom King and Clay Mann, the seven issue event series promises a serious, grounded look at the psychological impact superheroes would face.

The use of “Crisis” in an event title is no small claim in the lore of DC, with the likes of Crisis on Infinite Earths, Infinite Crisis, Identity Crisis, and Final Crisis all generating major, universe-shaking ramifications for Superman, Batman, Wonder Woman and their super friends.

The event seems very much at odd with 2017 (and early 2018’s) enormous, cosmic DC event, Dark Nights: Metal. While Metal wasn’t officially labeled a “Crisis,” the creative team of Scott Snyder and Greg Capullo certainly made sure the deliriously adventurous scope felt like an event that would shake the foundations of the entire DC multiverse. Heroes in Crisis instead looks to bring that lens inward and reflect on the toll of men and women dealing with events of that magnitude.

I’ve seen fair amount of fan assumptions that the event will most closely resemble DC’s Identity Crisis, a popular Brad Meltzer written murder mystery that has undergone a considerable re-examination over the harmful effects on DC Comics in the 2000’s. While I’m very confident the creative team of King and Mann are savvy enough to avoid similar trappings, DC’s pre-release marketing of Heroes in Crisis uses a lot of loaded language, promising a murder mystery, a mass shooting inside DC’s Sanctuary (a trauma center for heroes), and the (in my opinion) deeply flawed marketing gimmick teasing the death of a popular character.

Time of course will tell, and reading the comics below is the best way to determine whether or not you feel Heroes in Crisis was a successful DC comics event! 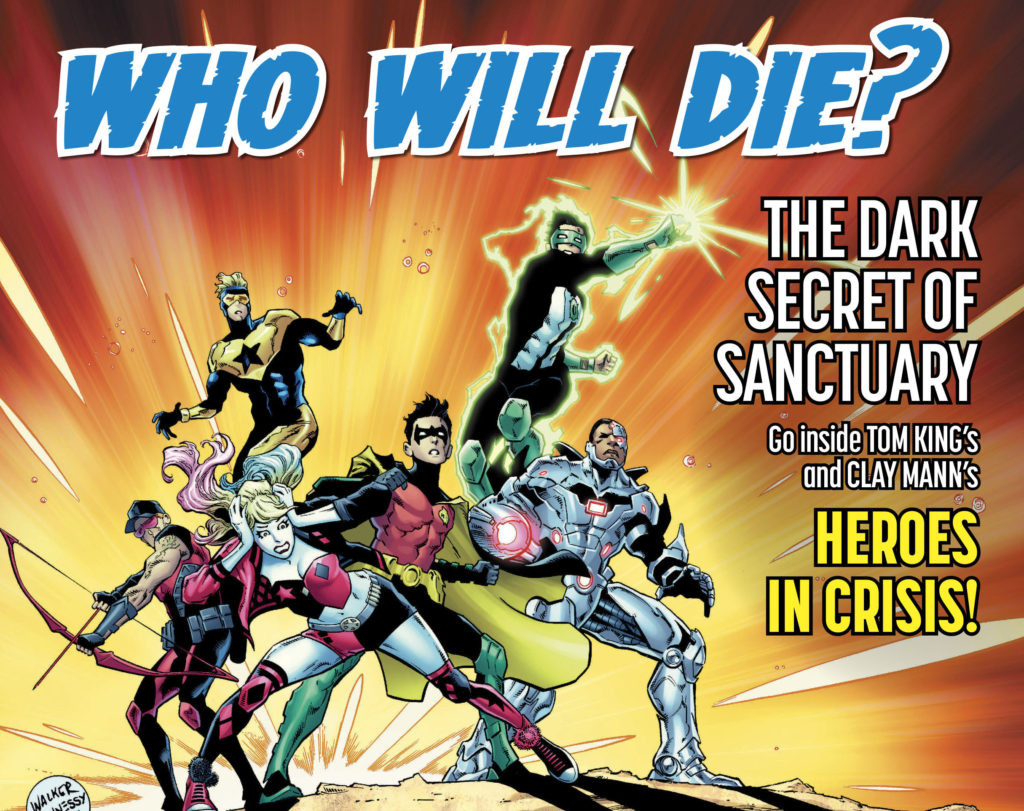 Batman and Catwoman: The Wedding

Road to Heroes In Crisis

The three issue story by Tom King and Mikel Janin features Poison Ivy at her most supremely powerful, threatening Batman and Catwoman (and the entire Justice League) like never before. This is an essential prelude read due to the interactions between Harley Quinn and Ivy, and the introduction of Sanctuary, DC’s trauma clinic.

Since we’re here, I would also strongly recommend Batman #36 to #37 for a look at Tom King and Clay Mann firing together on all cylinders (in the story “Superfriends: Double Date”).

It’s been made clear that both Harley Quinn and Booster Gold are going to be at the center of Heroes in Crisis, and it’s in the pages of Tom King and Tony Daniel’s work on the three issue “The Gift” story arc that we see Booster’s descent. The happy-going time-traveling former member of the JLI tries to replicate Batman’s experiences in the classic Alan Moore and Dave Gibbons story in Superman Annual #11

, “For the Man Who Has Everything,” with devastating consequences on future reality.

Following the events of “Flash War” in Flash #46 to #51, Wally West reveals a connection to Sanctuary.

Red Hood and the Outlaws Annual

Unless you’ve been reading Red Hood and the Outlaws since the start of DC Rebirth, jumping in with Annual #2 is going to be really confusing. Truly, all you need to know from this minor Heroes in Crisis stealth tie-in, is that Roy Harper (Green Arrow’s famous ward, and current hero known as Arsenal) plans to check himself into this “rehab for capes” center he heard about. 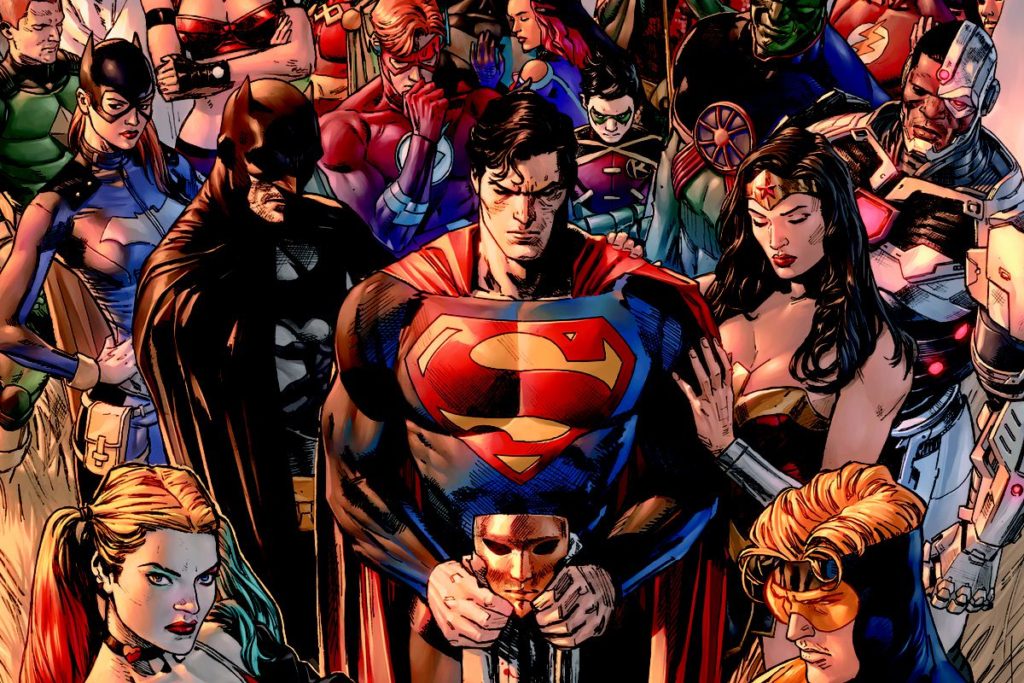 Given that it’s the only Heroes in Crisis tie-in following the first issue, it’s not hard to guess at the relevance of Green Arrow #45. The connective tissue is ultimately very predictable, as Ollie deals with the aftermath of Heroes in Crisis’ opening salvo. Far from required reading, but adds a small amount of depth to the narrative.

Originally billed as “The Last Cold Case,” the 4 issue Batman and Flash crossover “The Price,” is the most elaborate Heroes in Crisis tie-in to date. Joshua Williamson writes all four issues, taking over for Tom King as the writer of Batman for two issues, and continuing his work on Flash that has run since DC Rebirth began!