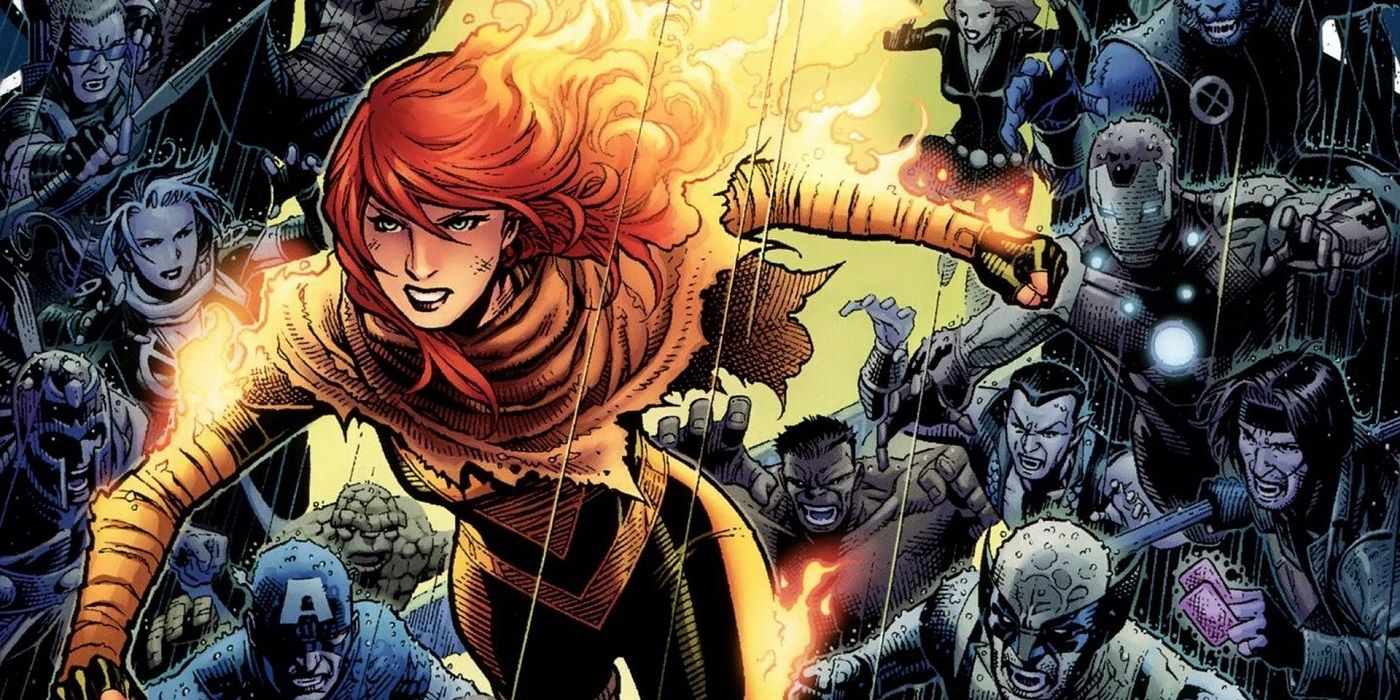 As part of Krakoa’s “the Five” and Immortal X-Men coming to X-Men fans in 2022, I felt more people would want to learn who Hope Summers is. Known as the Mutant Messiah, the character created by Mike Carey and Chris Bachalo was the first mutant born after M-day, aka Marvel’s “Decimation” of mutantkind.

As soon as she was born, the girl was targeted by groups like the Purifiers and the Marauders. Fortunately, Cable protected baby Hope and escaped through the timestream with her. Hope soon learned warfare tactics and self-defense. Later, she manifested her power and established herself as one of the most powerful mutants on earth. 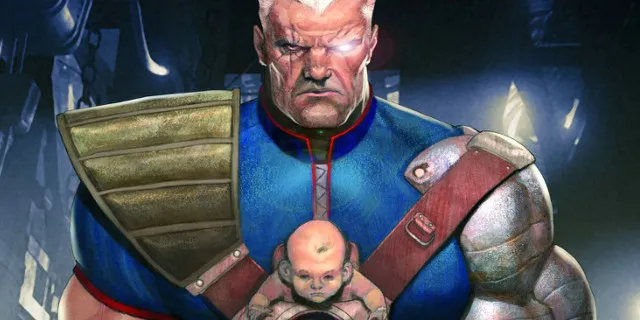 The Messiah Is Born

After “House of M” and the almost extinction of the mutants, there comes hope (like, it is a pun, but it could be worse). A mutant is born, but the X-Men aren’t there. The future of the race rests on Cable’s ability to protect her from Sinister, the Marauders, and Bishop.

As you can see, it’s a pretty big event, with 13 issues. Hope is just a baby in it, so she doesn’t do much, but it’s still essential to her story. She appears for the first time in X-Men #205.

Following “Messiah Complex”, Cable escapes through the timestream with Hope, but Bishop goes after them. It’s an amazing comic by Duane Swierzycnski and Ariel Olivetti; I’m sure it’ll make you wanna go after a Cable reading guide next (you can check it out here).

Cable – Volume 2: Waiting for the End of the World

Set between Cable #6 and #7, it continues to tell the story of Bishop going after Hope. It isn’t essential reading, but I recommend it a lot.

A crossover event between Cable and the X-Force where they have to fight against Bishop and Stryfe (an evil clone of Cable).

The last volume of Cable and Hope’s adventure in the future. 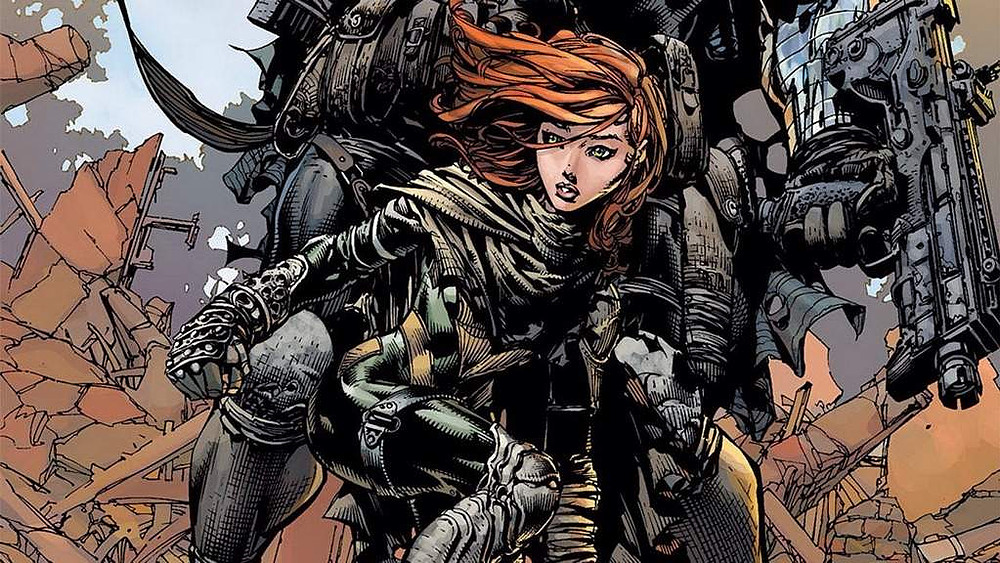 The Messiah Shows Her Powers

Hope is finally in the present, but things aren’t as peaceful as she thought they would be. The stakes are higher than ever; it’s the mutants’ final battle against Bastion and losing means extinction.

Hope has already gathered four of the mutants, now they and Rogue go to Tokyo to find the fifth and last, Kenji Uedo. The story already starts with maximum action as Kenji’s mutation (clearly inspired by Akira

) is out of control, and Hope has to stop it before Cyclops resorts to extreme measures.

There’s a new light, but things can never be easy; the mutant is a baby that doesn’t want to be born. The volume also covers part of the event “Schism” – a story in which Scott and Logan face disagreements that split the team.

Quentin Quire ruins an arms control conference Scott and Logan were attending and, to make things worse, the Hellfire Club has a new black king. All those events end up creating fractures in Scott and Logan’s relation. Hope isn’t a key player in this volume; out of her team, the most important is Idie. But it’s still relevant overall and a good read.

Generation Hope: End Of A Generation

Hope only appears in some of the issues, but they are all worth checking out – mainly my beloved S.W.O.R.D. (give our reading order a read if you want to know more about the team).

Following “Schism” and X-Men: Regenesis, Scott and his new team deal with a resurrected Mister Sinister. You’ll have to wait a bit to read AVX: Consequences; it’s necessary to read Avengers Vs. X-Men #0-12.

(Trying to win Best Father of the Timeline Award) Cable comes back and attempts to prevent the fight between the Avengers and the X-Men.

The phoenix force is heading to earth, more specifically to Hope Summers. Everyone thinks she’s the next vessel. While the Avengers believe it will destroy the earth, the mutants presume it’s their best chance of salvation, leading to a war between the two factions.

Hope is already sick of living a regular life, so she seeks out Cable. Little does she know he is assembling a new X-Force.

I have bad news for you now: Hope disappears from the X books for a while, only coming back two years later. Also, Hope appearances will be a bit more scarce, unfortunately.

Hope is only present during the second issue of this volume, but the whole thing still deserves a read. It’s a fun and relaxing read.

The younger Jean Grey feels the Phoenix Force coming after her, so she contacts some of its ex-hosts, like Hope and Magik.

Hope and Cable reunite for the first time after X-force.

A bunch of one-page Christmas-themed stories. It’s really skippable, but if you are in the mood for this sort of thing, you’ll probably like it.

War Of The Realms: Uncanny X-Men

It’s part of the “War of the Realms” event. Focuses on the New Mutants team, but Hope also has a few good scenes.

The Savior in Krakoa

Hope is part of “the Five”; they are a group responsible for resurrecting the mutants that die in battle, restoring their powers, their bodies, and their memories. She’s also helped make some changes to the resurrection protocols.

She’s expected to play an even bigger role in 2022, during the “Destiny of X”. Keep an eye in Immortal X-Men and you will probably see more of her.

If you want to be up to date with the whole krakoan era, take a look at our Jonathan Hickman X-Men Reading Order.

House Of X/Powers Of X

Hope is only present in three issues, but it’s still well worth a read – not to mention it’s necessary to understand the following stories. If you haven’t read House Of X/Powers Of X, go read it now, you won’t regret it.

The X-Factor is a team responsible for investigating the death and the disappearance of mutants, as it’s necessary to have proof of death to resurrect someone. Hope isn’t part of the team, but she is in almost all issues.

Hope appears mainly during the “King in Black” event.

Hope helps resurrect the Old Cable, and it’s pretty sweet when they meet.

An important event that defines the end of “Reign of X” and – at least – the start of “Destiny of X”. Hope helps with the “big surprise” (thankfully, no need for resurrections this time).

Thanks to Mystique, Hope now possesses one Cerebro helmet. So, the group doesn’t need Professor X to resurrect mutants anymore.

X-Men: The Trial Of Magneto

Following the events of the “Hellfire Gala”, the council holds a trial for the death of Wanda Maximoff – the Scarlet Witch.