This list is presented in chronological order, rather than a definitive ranking. Despite its infamy, The Killing Joke will not be included here. While it is important to Barbara Gordon’s story, as it resulted in Barbara being paralysed, it is not a Batgirl story and does not focus on Barbara. The Killing Joke also has questionable canonicity, as there are conflicting statements as to weather it is an Elseworlds entry or fully canon (though Three Jokers may have changed this). END_OF_DOCUMENT_TOKEN_TO_BE_REPLACED

Originally launched as a platform exclusively for hosting Korean manhwa in 2004, Naver Webtoon, LINE Webtoon, or (more frequently) just Webtoon has become a monolith in webcomic circles for good reason since its expansion into Western comics hosting and translation in the mid-2010s.

Providing an intuitive, accessible, and highly functional digital-first desktop and mobile platform for both international and local readers and creators—including a female readership and creatorship in excess of 60%—Webtoon has ushered in an indisputable but often critically overlooked revolution in comics publishing with its dramatic take on comic democratization, narrative and visual formats, and finely tuned publishing practices. It’s also irrefutably (at times impenetrably) dense, hosting a wide array of romance, action, supernatural, sports, and horror comics updated weekly.

Yes, Webtoon’s annual readership in excess of 100 billion is deserved, but also daunting. Where does one start with the 500+ weekly comics, most (if not all) of which are worthy of your time? With our list of the best of both ongoing and completed offerings on the platform below, of course! END_OF_DOCUMENT_TOKEN_TO_BE_REPLACED

Hawkeye, the resourceful sharpshooting marksman of the Avengers, has always stood out amongst the other members of the team’s core roster, mainly due to his particular skill set and its lack of a real “wow” factor. Because of this, Hawkeye’s history has been a bit of a mixed bag, causing him to be a fan favorite that doesn’t sell well—an interesting conundrum. When compared to the other world-shattering powers/capabilities of his superhero teammates and counterparts, it’s hard to define the precise role that Hawkeye appears to serve in the heat of battle, and hard to ignore how damaging that has been to the perception of the character.

In addition to his time as an Avenger, Clint was also a member (and frequently a leader) of other superhero teams such as the West Coast Avengers, the Secret Avengers, and the Thunderbolts, just to name a few. With that being said, since his debut into the Marvel Comics foray, Hawkeye has been given a number of solo series, each tasked with creating a persona for Hawkeye outside of the Earth’s Mightiest Heroes. Luckily, there exists a handful of storylines that do our bowman justice, and around the mid-2000s readers were treated with a revamping of sorts that reinvigorated Hawkeye’s lore/mythos and finally carved out a lane for him to no longer lurk in the shadows of Steve Rogers and Tony Stark. With the mononymous MCU show coming to Disney+ soon, it would make sense to discuss the most incredible storylines that the mantle has had so far. So, let’s look at the five best Hawkeye storylines from the character’s entire existence. END_OF_DOCUMENT_TOKEN_TO_BE_REPLACED

Since his debut in 1977’s 2000 AD #2 over forty years ago, the grim, fit, and unapologetic Judge Dredd has become both one of comics’ most emblematic figures, but also one of its most enigmatic. A “Street Judge”—officer, judge, jury, and executioner in the monolithically dystopic Mega-City One—Dredd is, by all outward appearances, a one-dimensional satire of fascism in his original conception by writer John Wagner and artist Carlos Ezquerra. Indeed, many purists and diehard fans will tell you that Dredd functions best when he is unflinching and morally reprehensible. A reflection of our own struggles with law and justice, living and dying.

But that idea essentially lacks nuance, dismissing the flexibility of Dredd as a figure and the function of his stories. As time progresses in both Mega-City One (literally—the series started in 2079 and as of now takes place in 2143) and the real world, so, too, does Dredd. A legacy character from a vast array of the most recognizable creators in comics, (including Grant Morrison, Garth Ennis, Mark Millar, John Wagner, Dan Abnett, and Pat Mills), Dredd is a vessel for stories with overwhelmingly sardonic takes on law, justice, and the often wholesale inability of politics to synthesize the two. Once lauded, over time these stories were also found to be all too prescient, overlapping with our own grim reality in both telling and narratively trying ways.

So, out of gross necessity, Dredd changed. Law and justice incarnate, saint and sinner, he’s better for it. A complex, enigmatic figure, in any given series Dredd can be seen as an uncompromising villain, but also, when needed, a legitimate hero. Violent, unhinged, resolute, kind, caring, contradictory and complex all in one, Dredd is a genuine icon, and one that has been central to some of the best comics stories of all time included below. END_OF_DOCUMENT_TOKEN_TO_BE_REPLACED 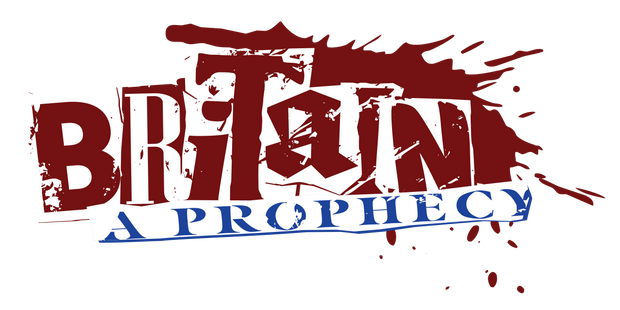 Britain a Prophecy is an upcoming urban fantasy digital first comic set in the height of Thatchers England. What follows is an interview with its writer, Elizabeth Sandifer, and artist, Penn Wiggins.

Before we get into the meat of the interview, I think it might be a good idea for you two to introduce yourselves and the comic we’re going to be talking about to the CBH readers who might not be familiar with either of your work.

El Sandifer: Well, I’m El Sandifer. Up until this point I’ve been an independent critic writing for my site Eruditorum Press, where I’ve done a lot of work on both Doctor Who and British comic books. But recently this charming gentleman and I found ourselves going “wait, one of us writes, the other one of us draws, we both love comics as a medium… why don’t we make some?” And now here we are.

Penn Wiggins: And I’m Penn Wiggins. I’ve bounced around a few things, but a few years ago settled back into being an artist, and recently this delightful madwoman suggested we should do comics, so I’ve been doing that. END_OF_DOCUMENT_TOKEN_TO_BE_REPLACED