If you’ve ever wanted to explore the God of Thunder, you won’t find a better guide to Asgard. So be it!

I) Classic Thor – Essential Thor Stories From the Past

The debut of the Mighty Thor from King Kirby and Stanly the Manly. Some of my favorite 60’s Marvel comics, and a fairly astonishing debut of Asgard and Thor in the Marvel Universe. If you start down this path in Marvel Unlimited, note that Journey into Mystery becomes just plain “Thor” after issue #125. So Journey into Mystery #125 leads to Thor #126. Comics!

The standard all other Thor comics are trying to meet. Likely the greatest Thor run ever, and if that’s not enough of a sell: FROG THOR.

First Thunder is actually a 2010 miniseries. I place it this early in the guide because it works as sort of a Season One Thor story, from the early days of the Thunder God.

You don’t have to start all the way at the beginning of this era of Thor to be prepared for Avengers Disassembled. I’ll lay it out so that you can, but this era is reliant on your love of all things Asgard, and your desire to see all things to completion.

Thor: Across All Worlds

For the entire event, here’s my Avengers Disassembled reading order.

Following Thor Disassembled, we get a handful of miniseries that reflect back on Thor’s early days. A number of these are published even after the next section of Thor stories, but I place them here for reference. You do not need to read all of these to keep current on Thor continuity.

Thor and the Warriors Four

Thor And The Warriors Four #1-4

Thor: Wolves of the North

Road to Civil War portion of the Thor Omnibus

You could just as reasonably turn to the actual Road to Civil War collection for these issues of Fantastic Four. These are surprisingly necessary components of Thor’s continuity.

For the full Siege reading order.

Important to clarify that Thor: The Mighty Avenger is the absolutely excellent (yet out of continuity) all ages Thor series from Roger Langridge. Highly recommended, but Matt Fraction’s “The Mighty Thor” is the in-continuity continuation of Thor’s story.

Thor: The Trials of Loki

Journey into Mystery by Kieron Gillen: The Complete Collection Volume 1

Journey Into Mystery by Kieron Gillen: The Complete Collection Volume 2

One of the best Thor runs ever begins here from Aaron and Ribic. God of Thunder is remarkably great, and a must for any Thor fan.

More Avengers, this time to keep everyone in the loop on Kid Loki, the newest Young Avenger!

In general I wouldn’t want to break up the 25 issue run on Thor: God of Thunder, but the first five issues of Loki: Agent of Asgard very deliberately occur prior to “The Last Days of Midgard” story arc.

Technically it makes sense here to save issue #25 until after Original Sin.

I’ve largely avoided mentions of Thor’s involvement with the Avengers to this point. You can check this out for an Avengers trade guide. For Marvel NOW! Avengers, you can check out the Hickman Avengers portion of my Secret Wars guide. I include Uncanny Avengers reading here since Rick Remender’s Thor has specific developments connected to God of Thunder. That’s hardly the only focus of Uncanny Avengers, but it’s a good full run for Marvel fans.

Original Sin is a Marvel Universe wide event with absolutely essential ramifications for Thor (Original Sin is a Jason Aaron penned Marvel event, and ties into his full Thor run as a result).

You may want to check out the Original Sin reading order for the complete saga.

Jason Aaron’s Thor run continues here with a new Thor #1 (listed as Thor 2014 in Marvel Unlimited), and the biggest changes in the world of Asgard since Loki was but a lad!

Loki: Agent of Asgard Volume 2: I Cannot Tell a Lie

Issues #6 to #8 are Axis tie-ins. I wouldn’t recommend it, but you can see the full Axis reading order here.

Thor Volume 2: Who Holds the Hammer? 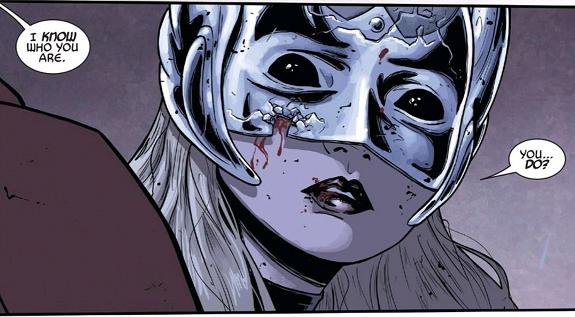 Marvel’s post Secret Wars landscape continues the all-new direction for the Goddess of Thunder, before finally answering the questions left from Original Sin in the Unworthy Thor.

Very cleanly ties in to Aaron’s run on Thor: God of Thunder and the mystery of Original Sin!

Mighty Thor: At the Gates of Valhalla

While reading the Jason Aaron penned Marvel Legacy one-shot at the start of Thor’s “Fresh Start” era might seem counter-intuitive, it’s actually a much more effective primer for the continuation of Thor’s role in the pages of the Aaron’s Avengers than anything that happened during Marvel Legacy.

Asgardians of the Galaxy Vol. 1

Collects: Asgardians of the Galaxy #1 to #5

Out of the pages of Thor and into the Infinity Wars crossover event.

You can find the entire event guide via Comic Book Herald’s War of the Realms reading order!