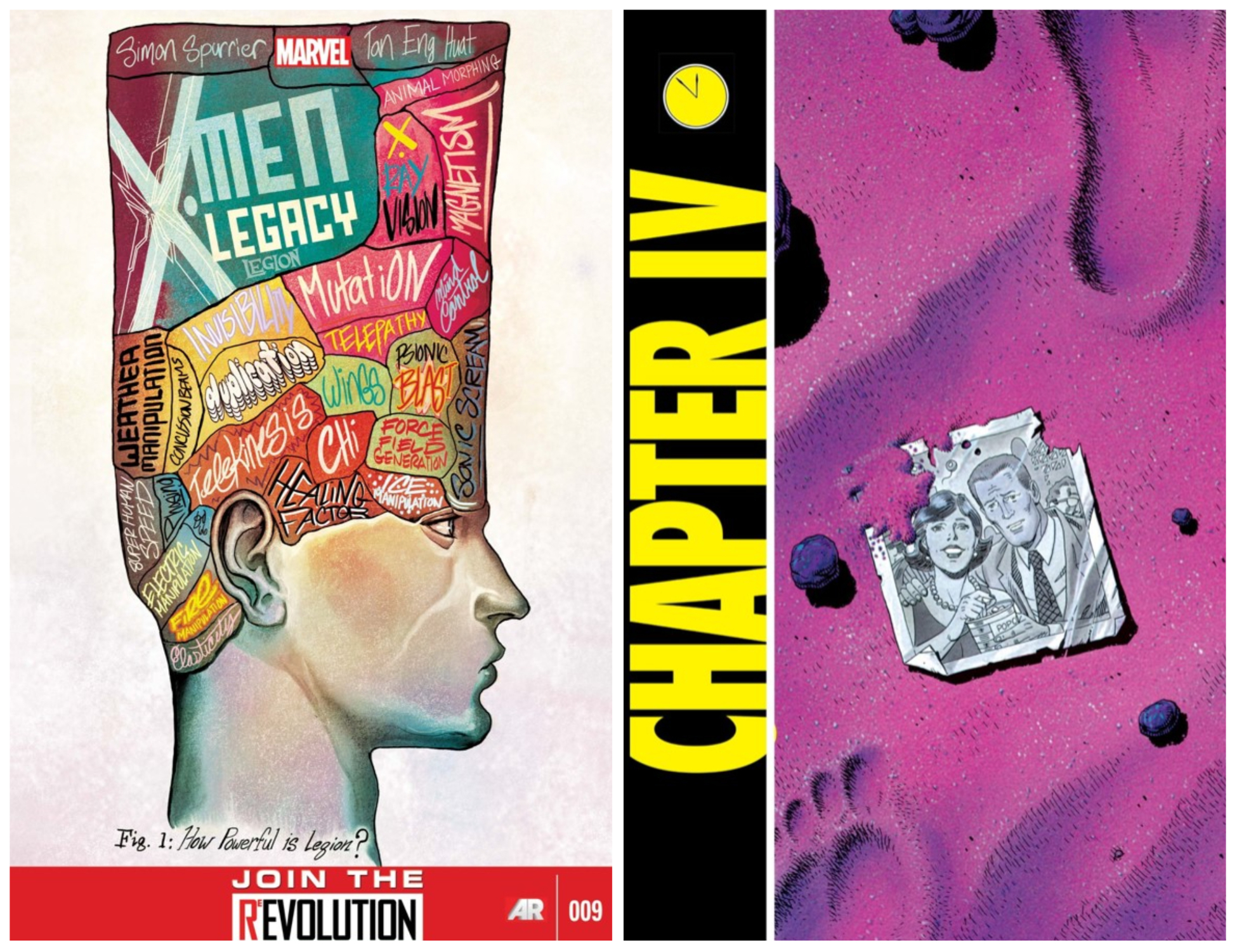 In X-Men: Legacy #9 by Si Spurrier and Tan Eng Huat, there’s an obvious homage to Watchmen #9 and then there’s a rather subtler homage to Watchmen‘s mystery villain, revealed in the 11th hour, quite literally in the frame of Moore’s narrative, to be an erstwhile superhero, Ozymandias, world’s smartest man. Let’s look at the Watchmen #9 homage first. END_OF_DOCUMENT_TOKEN_TO_BE_REPLACED

When you look back at the history of the X-Men, certain writers stand out.  These are writers who settled down into the book, who produced definitive works that shaped and transformed the X-Men mythos, and who developed much of the continuity fans love.  Top of the list is the legendary Chris Claremont, who – between 1975 and 1991 – penned no less than 186 consecutive issues.  But in second place is Mike Carey, who took over the helm of ‘X-Men’ in 2006, and left in 2011, having penned a 73-issue series. END_OF_DOCUMENT_TOKEN_TO_BE_REPLACED

In almost every way, X-Men Legacy is one of the least likely and riskiest books of the Marvel NOW! relaunch. For starters, the book is really just a Legion solo series, which is a bit wild in and of itself because there are even plenty of X-fans who would look around and wonder, “Who’s Legion?” To be honest, if not for the wild and crazy lead-in to Age of Apocalyse, I’m not sure I’d have any concept of Legion, aka David Haller, aka the son of Charles Xavier, myself. So why X-Men Legacy, then? What’s so special about Legion that he gets his own ongoing series? END_OF_DOCUMENT_TOKEN_TO_BE_REPLACED