Years ago, in 2018’s Venom #1, Eddie Brock was told “God was coming” for him. He — we — took the threat seriously. Here was the promise that an all-consuming threat, a unifying evil for all of Symbiote-kind and for the numerous heroes that had crossed paths with it, was coming with ramifications. Ramifications for one of Marvel’s most storied and beloved characters. Knull, one-dimensional as he is, was meant to be a catalyst for change in Eddie Brock’s life.

In many ways here in 2021, having introduced a new god, a secret history of the Symbiotes, and a son now poised to take the mantle of Venom, it’s fair to say that over the course of the 35 issues of the main title (not to mention numerous events, tie-ins, and spinoffs), Eddie’s life was changed. The problem is that by the end of the run– one of the longest in the character’s history — Eddie never became a man capable of accepting that change as his own.

Why? Because while Donny Cates and Ryan Stegman successfully reinvented the Symbiote, they failed to make a case for Eddie both inside of or outside of it. In fact, here at the end of all things, potentially Eddie’s own life, it is a series that is, as a whole, characterized by his reactions to things, rather than by actions. By growth in scale, but not by growth in impact. Successes and failures that are in direct opposition to each other, and ones that really only make sense with further investigation and interrogation. 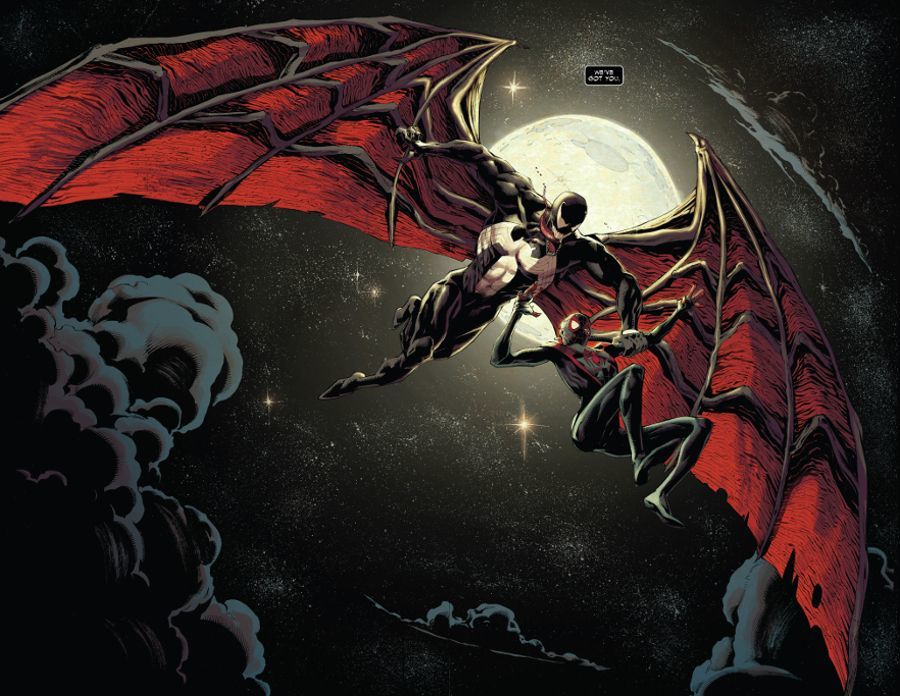 END_OF_DOCUMENT_TOKEN_TO_BE_REPLACED

I have quite the love affair with the universe’s most complex symbiote. I firmly believe that Venom is an excellent example of the antihero in fiction and the numerous paths that can be taken in order to expand that character type. Formally introduced in Amazing Spider-Man #300, he is a villain, but sometimes he has a moment of reflection that compels him to do something nice for humankind. Under Eddie Brock’s moral compass, Venom becomes his best friend and the antihero needed in order to expose the complexities of the human spirit.

While Venom has the ability to choose hosts (Gwenom, Carnage), the reasons I have picked these particular stories is because I wanted to highlight the relationship between Eddie and Venom. In my own opinion, outside of the mental health allegories, Eddie’s relationship with Venom is one that makes the average reader reconsider the lines of platonic admiration and love. They are sorely dependent on each other in order to navigate this world – and that my friends, is the making of a true friendship of the ages. It’s not all roses, but with each struggle and fight, they soon become accustomed to the fact that they cannot survive without each other. END_OF_DOCUMENT_TOKEN_TO_BE_REPLACED

I’m joined by John Galati to discuss our picks for best comics of the year to date!

END_OF_DOCUMENT_TOKEN_TO_BE_REPLACED

Rick Remender began in animation, then switched over to penciling and inking comics before making the switch to the big league comics. He grew up in the 80s punk/skater subculture in Phoenix and as a result has a real love for the underdog and the damaged. END_OF_DOCUMENT_TOKEN_TO_BE_REPLACED

Since his true debut in the pages of Amazing Spider-Man #300, Venom has easily held the title of coolest, most iconic Spider-Man villain of the 1990’s. The instant fan favorite has oscillated between anti-heroic and villainous stature since that time, with a whole host of, well, hosts giving the sinister symbiote a variety of fascinating comics. END_OF_DOCUMENT_TOKEN_TO_BE_REPLACED