In July 2019, writer Jonathan Hickman returned to the Marvel Universe after a nearly 4 year sabbatical to deliver House of X #1, a game-changing paradigm shift for Marvel’s X-Men comics. With collaborators Pepe Larraz, RB Silva, and Marte Gracia, Hickman completely reinvigorated X-Men and the fandom that surrounds it. After the massive success of House of X and Powers of X, Hickman turned to an ongoing X-Men series, set during the new status quo of the X-Men’s Krakoa era, a run that lasted from Fall 2019 through summer 2021.

Looking back at the full run now, what did we learn, what mysteries still remain, and how effective was Jonathan Hickman’s X-Men

END_OF_DOCUMENT_TOKEN_TO_BE_REPLACED 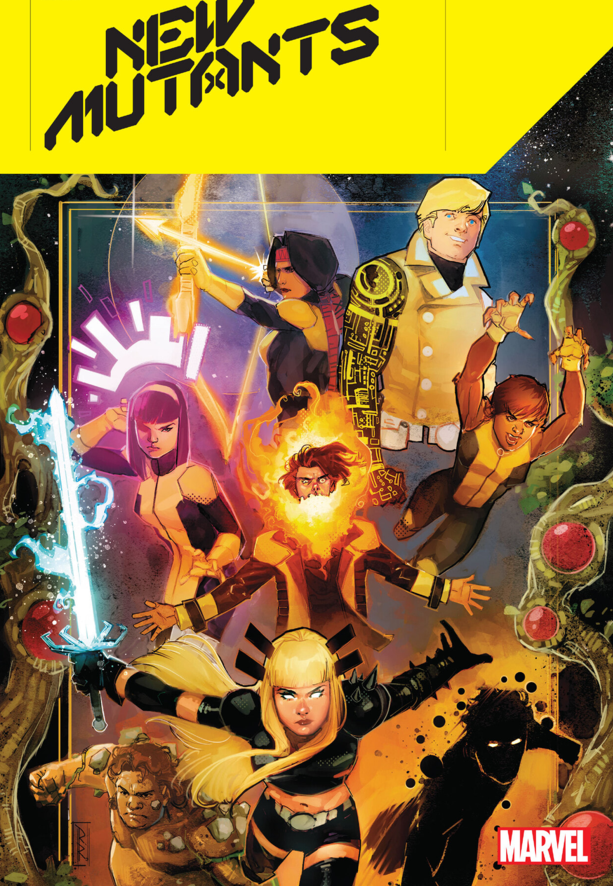 One of the best things about the current New Mutants

series is that Rod Reis has been its semi-regular artist with 10 of 20 issues so far. Another is that this is the first ongoing title featuring the original New Mutants since 2012! Such a crime.

Unfortunately this fourth New Mutants series was hampered early on by the odd sequencing of its first two story arcs, one by Hickman, starring the original New Mutants, the other by Ed Brisson with art by Flaviano, spotlighting a motley crew led by the much later New Mutants addition Boom-Boom (better known from her X-Force days) and Armor from Whedon’s Astonishing X-Men.

END_OF_DOCUMENT_TOKEN_TO_BE_REPLACED

Somewhat like Marauders, Tini Howard and Marcus To’s Excalibur reinvents a familiar X-franchise name, though in this case the new Excalibur retains strong ties to the beloved classic team of the 1980s. Their base will still be the Lighthouse, and their leader remains Captain Britain—and a Braddock—but their roster is otherwise entirely different. Missing, too, is Claremont and Alan Davis’ signature gonzo satire on the title, but Omniversal Majestrix Opal Luna Saturnyne will see her grandest showing yet, while the Braddocks, Pete Wisdom, and Merlyn and Roma play increasingly prominent supporting roles as the series continues. In fact, as a hub or nexus of the multiverse, Otherworld will be far more prominent in the new series—and so will its province of Avalon.

END_OF_DOCUMENT_TOKEN_TO_BE_REPLACED 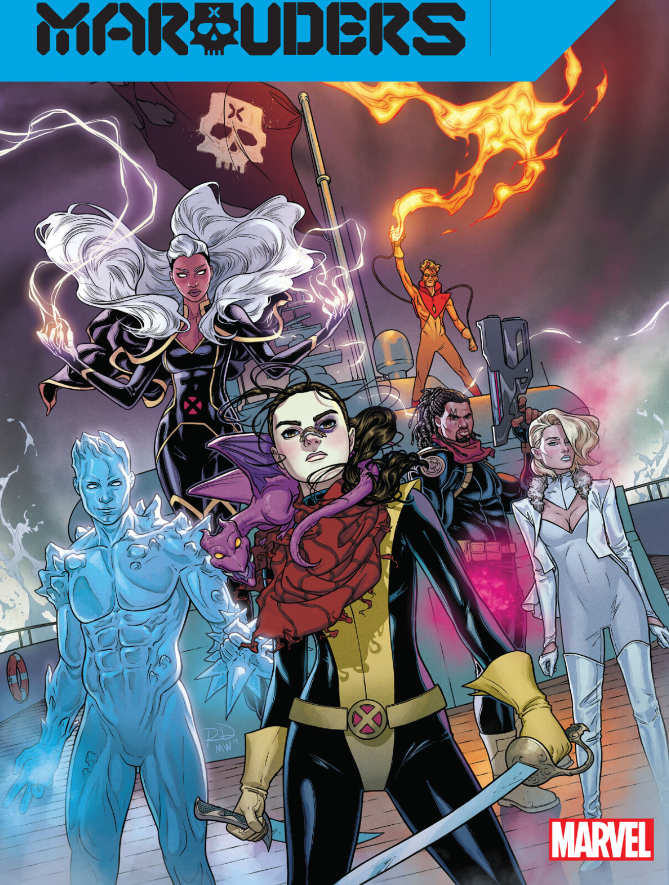 What is a marauder? One who roams about living off what they’ve plundered from others. Apparently, maraud in French means “rascal” or “rapscallion” which was once pared with “rampallion” (now “ramp”), meaning an “ill-behaved woman”—a notion Captain Kitty Kate Pryde might be coming to appreciate! 😉

END_OF_DOCUMENT_TOKEN_TO_BE_REPLACED

Racing Past the Tipping Point – 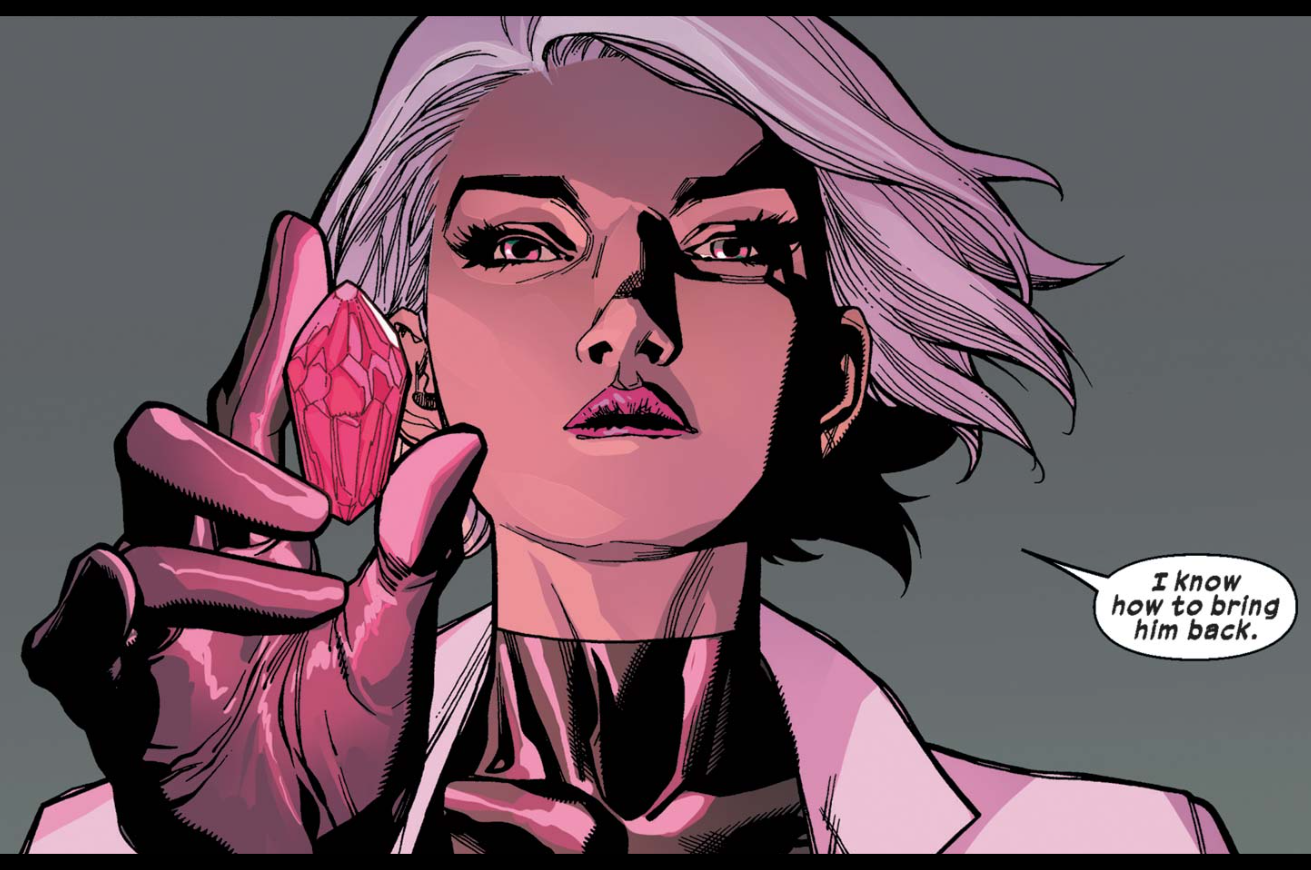 In the second half of Hickman’s debut X-Men issue, the story returns to the Orchis Forge in a big way, though subtle (apparently my favorite adjective when describing Hickmanian storytelling). It’s reestablished here that Orchis is a “last gasp” supremacist hate group, and it will be nigh-untoppable as the ultimate organization of antimutant bigotry. Further, its existence is possible only in the absence of S.H.I.E.L.D., or at least as run by Nick Fury (Sr. or Jr.) or Maria Hill. (Which should make us wonder about the possibility of the super-spy organization’s eventual return.)