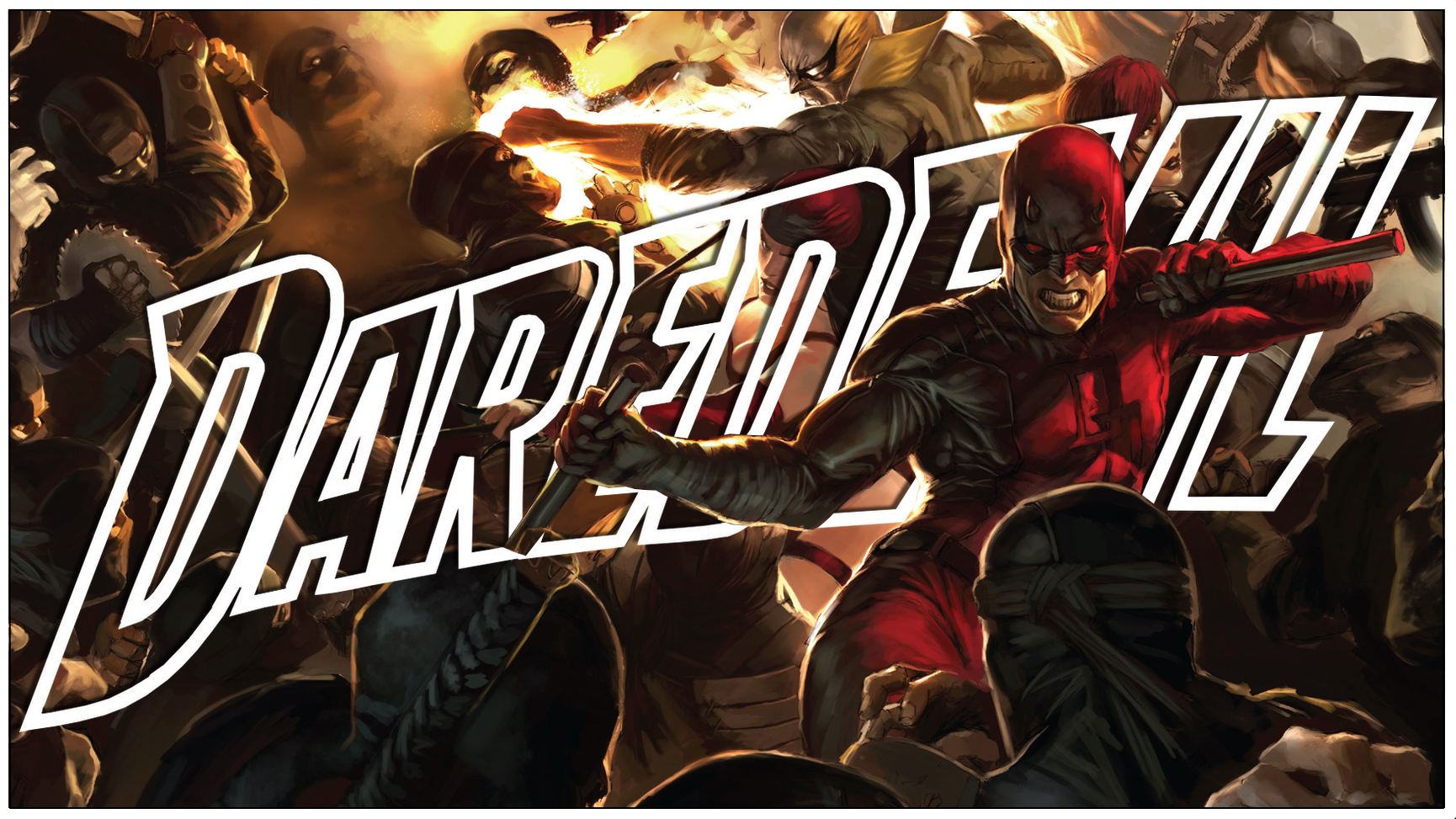 Just how far can a hero fall? In the hands of writer Ed Brubaker and artist Michael Lark, we’re about to find out.

Over the last several years, I covered Brian Michael Bendis and Alex Maleev’s Daredevil run – a story that saw Matt Murdock on a path of self destruction that inevitably found the hero of Hell’s Kitchen locked up in Ryker’s Island prison for his obstruction of justice. And this is where Ed Brubaker’s run begins

. But if you think being in prison and surrounded by the countless criminals he’s helped put away is a bad place for Daredevil to be in, things will only get worse from here. END_OF_DOCUMENT_TOKEN_TO_BE_REPLACED

If you were to ask comic readers what Big Two character had the most consistent or strongest publication history, you’d be hard-pressed to find an answer beyond Daredevil, especially Daredevil after Frank Miller’s revitalization of the character. Between Brian Michael Bendis and Alex Maleev in the early 2000s, Mark Waid and Chris Samnee in the early 2010s, and Chip Zdarsky and Marco Checchetto’s current run, most people would only be able to point to a handful of stories that didn’t meet the high bar of quality they’ve come to expect from the character.

Charles Soule’s run has a bit of a weird reputation in the midst of this, though. It followed the beloved and subversive Mark Waid run, taking every significant change from that run and undoing it. No longer was Matt in San Francisco, he was back in Hell’s Kitchen. His delightful love interest Kirsten was nowhere to be seen. His secret identity was back to being a secret. It would be hard for anyone who enjoyed Waid’s run to not balk at this abrupt change, especially because the story refused to explain how it happened for a year. But with the omnibus coming out

, it seems like a good time to look at the run as a whole story. END_OF_DOCUMENT_TOKEN_TO_BE_REPLACED

There’s something innately compelling about the character of Daredevil. From his powers being the direct result of his disability to his superheroic hope often being weighed down by chronic depression, the internal contrast lived out through stories that tip back and forth between swashbuckling daring-do and grimy urban crime illustrate a flexibility that has kept the character dynamic for decades.

Daredevil is one of the most artistically consistent comics throughout all of Marvel. While the character has never reached the staggering global success of someone like Spider-Man, few other comics can boast the murderers’ row of talent that has brought The Man Without Fear to life. Of course, the character has experienced some fallow periods over the years, such as the decade prior to Frank Miller’s time on the title or the mid-90s, there have been so many great, long Daredevil runs over the years, each comprising a specific multi-year arc and also filled with many great smaller stories. END_OF_DOCUMENT_TOKEN_TO_BE_REPLACED

The war within Matt Murdock rages on. But with the coming of a new embodiment of justice comes an even more personal test for The Man Without Fear.

Debuting on Netflix in 2016, Daredevil Season 2 follows Charlie Cox’s Matt Murdock, now solidified in his role as The Devil of Hell’s Kitchen, working to clean up a city left in disarray after his takedown of The Kingpin Wilson Fisk at the end of Season 1. But Matt’s work as both a masked hero and a lawyer are suddenly complicated by the arrival of Frank Castle, played by Jon Bernthal, a lethal vigilante known as The Punisher, and the return of Elektra Natchios, played by Elodie Yung, Matt’s old college flame now at the center of a war with the ninja clan known as The Hand. And Daredevil’s physical and spiritual battles with these two dark reflections are what inform the story of Daredevil Season 2. END_OF_DOCUMENT_TOKEN_TO_BE_REPLACED

When I think about two characters that I relate to, whether I’m feeling my worst or my best, I think of two icons who have more in common than you may think: Daredevil and Charlie Brown.

I know what you’re thinking, how are a superpowered blind lawyer who dresses up in a devil costume to fight crime and a little boy who just can’t seem to catch a break anything alike? Well, the similarities become the most clear in their Christmas stories. END_OF_DOCUMENT_TOKEN_TO_BE_REPLACED