.
You are here: Home / Columns / Opinion / Previously On #81: Marvel #1000 Review, Superhero Comics Surging, and the Thrill of MCU to Comics Converts

This week on “Previously On,” I review Marvel Comics #1000, marvel at the state of superhero comics, and love the MCU inspiring new readers. 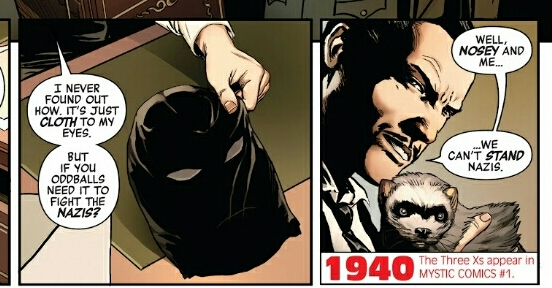 Featured Book of the Week

I’ll admit that heading into Marvel Comics #1000 I could not shake the animosity I felt towards this cynical, shameful monstrosity of a marketing plan. Rather than celebrate their 80th birthday with a similarly titled anthology, Marvel simply copied DC’s Detective Comics #1000 and Action Comics #1000 without any comic book that has actually reached a 1000th issue over time. It’s not even just the eye-rolling nomenclature, it’s the thinking that accompanies the decision. This comic book – priced at $9.99 – exists for one reason and one reason only: For sales and profit. Worse, it’s a zero-subtlety attempt to feed the price-gouging collector market.

Given that, I knew there’d have to be two ways of viewing the book: 1) As a deplorable cash-grab or 2) As an actual story. As it turns out, section two actually splits into two-parts, with Al Ewing telling a sustained story teaser for about 40% of the book, and the remaining 60% offering single page writer/artist showcases and celebrations of Marvel’s history.

Despite my hostile feelings, I’m completely taken by Ewing’s approach to weaving the mystery of the “Eternity Mask” throughout the entire 80 year publication history of Marvel Comics. Having covered Marvel’s Golden Age through our My Marvelous Year episode zero, I actually had just enough freshly established context for characters like The Ferret, Marvel Boy (the original), and Miss America.

I’m a big fan of Ewing’s Marvel work – particularly Ultimates and Immortal Hulk – and his uncanny ability to weave longstanding continuity into something fresh and modern is perfectly suited for the near impossible task of a year-by-year 80 page look at 80 years. The way forgotten Golden Age details weave into Adam Warlock’s origins and back to the GD Night Thrasher (An Ewing favorite from his Contest of Champions

days) is pretty damn fun for Marvel fanatics (and the post-credits tease is excellent).

Unfortunately, Marvel Comics #1000 gives up on this approach approximately three stories in, and it becomes apparent that the anthology is two books wrapped into one. I was actually looking forward to the crazed attempt to wrangle seven billion creators into one loosely connected story, but #1000 doesn’t really even try. So instead, the rest of the book is full of one-page stories or gags that loosely connect to something that happened for the prescribed year in Marvel Comics. The vast majority of these individual stories don’t work.

There are a handful of creators that use the challenging format to their advantage, such as Brad Meltzer’s way too on the nose for a guy who just had a baby and NAMED HIM BEN Spidey story, or Donny Cates’ and co’s “The Route.” I guess part of my frustration with these one-pagers is the apparently misguided expectation that they’d play together as a part of some larger narrative. But I also lament the lack of ambition from many of them.

All in all, I suppose I’m partially relieved that Marvel Comics #1000 isn’t some towering feat and I don’t have to reconcile my perhaps over-inflated negativity towards its origins. It’s a very messy book, and the parts that I do like would have been better served as either an issue #1 or an event “Alpha” setting up Al Ewing’s (impending) 2020 event.

So, if you feel like you’re missing out, I’d say you’re really not. This manufactured moment can’t live up to its own hype. 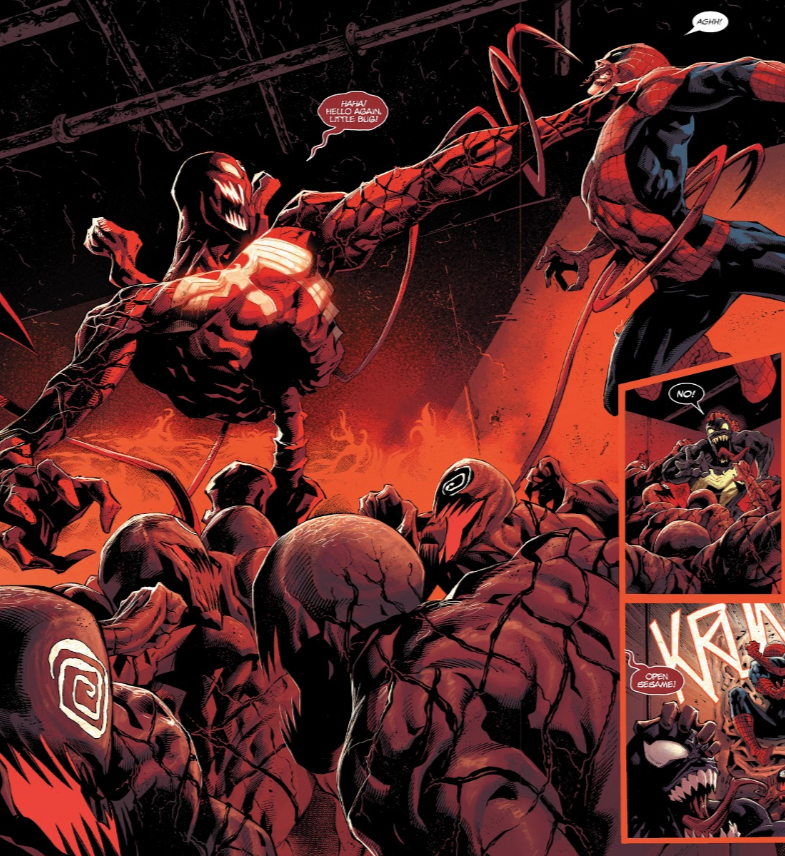 On a more positive note, here’s a question I’ve been thinking about lately: When’s the last time superhero comics were this good?

The kickoff of the Jonathan Hickman written House of X event (let’s face it – this is an event!) has inspired comic reading fandom and passion unlike anything I’ve seen, and it also elevates the top-end of Marvel and the genre as a whole. This month, alongside HoX/PoX, Marvel trots out Immortal Hulk, and Absolute Carnage (the first issue’s very fun, and looks amazing), before moving to a very steady tier 2 that includes Black Panther, Captain America, Daredevil, Silver Surfer: Black, Guardians of the Galaxy, Thanos, Runaways, Spider-Man: Life Story, Valkyrie and (arguably) Death’s Head.

DC’s in a more muddled place, but you still have a top-end of Grant Morrison and Liam Sharp on The Green Lantern, Matt Fraction and Steve Lieber on Jimmy Olsen, and Scott Snyder and Greg Capullo on Batman: Last Knight on Earth

. Tom King’s Batman is controversial but driving towards a conclusion, the Bendis-verse is in the heat of Event Leviathan (which he is Bendis-ing so hard) with Legion of Super-Heroes: Millennium right around the corner, and Tom Taylor and company are making DCeased better than it has any right to be.

Obviously all of that is before we move outside the Big 2 and consider what publishers like Valiant are up to.

Now, there’s a pretty good chance I could find something between 2012 and 2015 that rivals 2019 in supers, but post-2015 it’s less of a lock. I think the closest pick for a rival month is driven by DC’s Q4 2017, when Metal was launching in full and Tom King and Mitch Gerad’s Mister Miracle kicked off.

Either way, it’s a pretty good time to be a fan of superhero comics, and while there are always ways it could be better, it’s worth taking a moment to appreciate that fact!

Every time there’s an MCU announcement, I see traffic to corresponding Comic Book Herald reading orders spike, and 2019’s been even more notable. While I obviously love more people checking out my website, the underlying thing I love here is that fans everywhere are instantly turning to actual comics to begin exploring (or re-exploring) characters that will soon come to the big screen (or now, Disney Plus!).

I feel like I’m constantly seeing opinions (seemingly based in nothing) that the success of the Marvel Cinematic Universe doesn’t translate to new fans reading real live comics. Now, I’ll grant that there may not be a tie to financial success of the comics market, but that doesn’t mean the MCU hasn’t sparked countless new comic book fans!

It’s a small, anecdotal piece of evidence, but it’s mine therefore I love it 🙂