Although the super-team of DC’s distant future has a long and fascinating history dating back to early adventures of Superboy, the Legion of Super-Heroes have been stuck without their flight rings in DC’s solicitations for well over five years. Honestly, it’s gotten to the point that when you say the words “Legion” at a comic con, most fans probably think first of the (incredible) FX series starring David Haller.

Fortunately for the fans crying “Long Live the Legion!” for years, the heroes of the 31st century are returning to the DC Universe in an event miniseries titled “Millennium.” The event series will be written by current Superman architect Brian Michael Bendis, with art from a variety of greats (listed in full below), and promises to connect all of DC’s future timelines into one big picture.

Below you’ll find a complete road to Legion of Super-Heroes, Millennium, as well as updated event issues as they’re released. 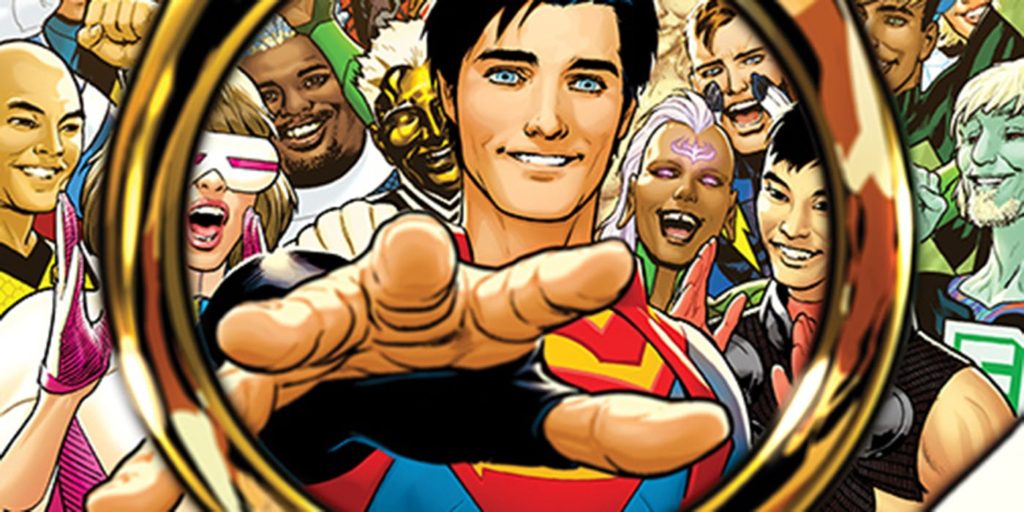 The Road to Millennium

Since the Legion have been absent from DC Comics for such a long time, the clearest path to understanding Millennium actually stems from understanding the timey-wimey characters involved. It’s also pretty safe to assume that familiarity with the actual Legion roster will pay off in varying increments, so if you’re not prepared to set aside several months and tackle the complete CBH reading order, I’ve highlighted some semi-modern on-ramps below.

There is one notable exception to that approach, and that’s some of the storytelling writer Brian Michael Bendis is doing in the pages of Superman, particularly related to Superman’s son, Jon Kent. The DC Comics Bendis-verse has led to some major changes for the Son of Supes, and while Millennium may not connect to the earthbound conspiracies of Bendis-written Event Leviathan, it’s a safe bet that the space-faring Superman will offer some sensible set-up.

Amazingly, Terry Mcguiness, aka the Batman of the future, is one of the only future Millennium players with their very own DC Rebirth solo ongoing comic book. As a result, the best guide to the world of Batman Beyond is… well, it’s still the original animated series. BUT, if you want comics to read, it’s the DC Rebirth era of Batman Beyond.

Kamandi is “the last boy on earth” in a post-apocalyptic reality run by all sorts of intelligent animals. If you’re thinking “kinda like Planet of the Apes?“, yep, that was the license DC was trying to purchase that inspires the launch.

Speaking of Kirby, another creation of his – the One Man Army Corps – will play a role in connecting the timelines of Millennium. If you’re less interested in Kirby’s original concept for the character, or even the New 52 arc by DC Editor-in-Chief Dan Didio that follows Kirby’s template, OMAC finds a compelling reimagining during the Greg Rucka written Countdown to Infinite Crisis tie-ins.

Boy oh boy, this one gets messy fast. Booster’s recent DC continuity is a mix of bad decisions, worse decisions, and humorless depravity. DC Rebirth era Booster has visited the destruction of Krypton (Action Comics), tried to rearrange the timeline so Batman’s parents never died (Batman), lost his mind (see also: Batman), and then got caught up in the “we’re all going to pretend this never happened in 5 years, right?” murder mystery of 2019 (Heroes in Crisis).

Even my dude Skeets is caught up in the dark days!

For our purposes, though, I’d return to simpler times, aka the original Booster Gold ongoing series by Dan Jurgens. These issues establish Booster’s origins (he’s from the future and is trying to use future knowledge and Legion of Super-Heroes technology to make a buck in our era) and the more comedic tone he’s typically associated with.

You’re unquestionably going to have the hardest time reading up on the history Tommy Tomorrow of any DC character listed here. Tommy Tommorow debuted in 1947’s Real Fact Comics #6, and was an active Action Comics and World’s Finest Comics backup until 1962.

Like most comics of the 50’s though, this means the vast majority of Tom’s stories are uncollected, undigitized, and about as hard to find as comics get in 2019. Intriguingly, the character’s also been dusted off very rarely, to the point that Starman is the only series I can say I’ve read with any certainty that features the Tom of Tomorrow.

! Look for Tommy Tomorrow starting with Adventures of the Supersons #6 through issue #12. Tommy takes on the role of a hardened space cop.)

So, who is Tommy Tomorrow? In short, he’s a space cop of the future in the year 2050! Of all the pieces on the board Tommy feels like the one Bendis and company can have the most fun easily retooling.

I’ll admit, I didn’t know much about Supergirl’s extensive ties to the Legion of Super-Heroes until I started putting together reading orders for both Kara and the Legion. Her history goes back nearly as far as Superboy’s, though, which explains why the first story in Millenium #1 will star Supergirl as drawn by Jim Lee.

Since Man of Steel (the weekly series that kicked off Bendis’ time on the Superman titles), Supergirl’s been heavily connected to the cosmic side of Supes, and I’d anticipate those trends continue through Millennium.

If your first thought here is “Wait, Lois and Clark have a kid?,” then we have some catching up to do!

The DC Rebirth era begins with a really excellent Superman run by Patrick Gleason and Peter Tomasi that leans into the family dynamics of Lois, Clark, and Jon. For the sake of good comics, it’s highly recommended reading, as is the spinoff Supersons (a team-up between Jon Kent and Damian Wayne).

If you just want the most recent version of events, though, I’d point you to the Brian Michael Bendis Superman reading order here, as his work on Superman tackles the current of Jon Kent in the DC Universe. I expect that these issues will provide the necessary background to understand Jon’s role in the ongoing Legion of Super-Heroes by Bendis and Sook.

The solicits are clear to suggest Millennium tackles 1,000 year of history, but honestly, it feels kind of strange to me to launch a DC event so focused on the timestream and leave out Grant Morrison’s DC 1,000,000 verse.

That might over-complicate things, and I’d be just fine if the two stories occupy their own space, but I can’t shake the hunch.

Of course the other option is to simply read some good Legion comics! Here are three good entry points to give you a feel for the Legion’s (semi) modern history:

Superman and the Legion of Super Heroes

Supergirl and the Legion Super-Heroes (2005-2009) Vol. 3: Strange Visitor from Another Century 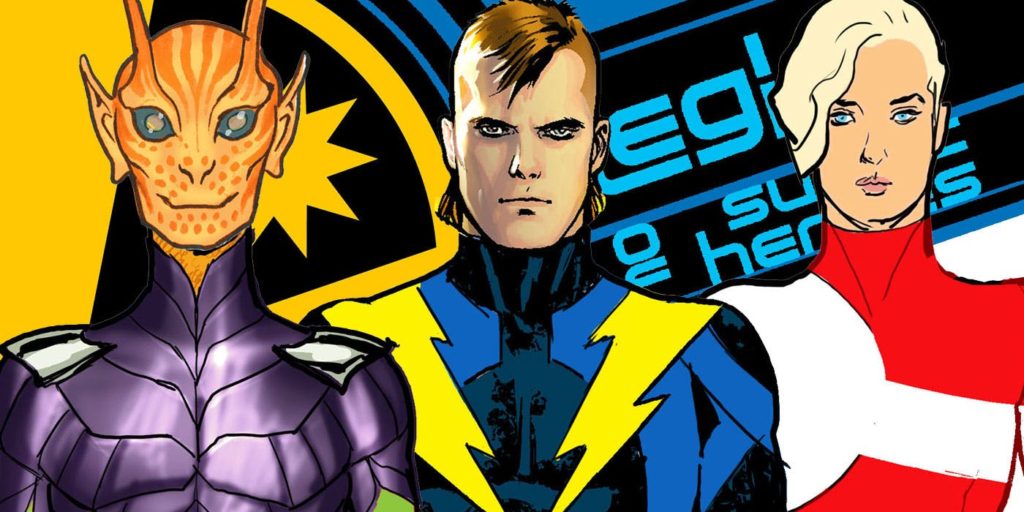 Although called out in the above “Road To,” I’ll note here that these issues are also included in DC’s own “The Road to Legion” promotional materials. DC also lists Superman #16 (well, their promo reads issue #6, but I’m assuming a typo!) alongside these two issues, but that issue is published after Millennium #1 and #2. I’ll adjust as needed!

Technically this is also a

From the solicit: “This epic story spans the course of 1,000 years and, for the very first time, connects all of DC’s future timelines!”

I’ll be honest, I found this first issue quite disappointing, but I’ll call out here that reading Bendis’ work on Action Comics

is surprisingly relevant! Not essential, but you’ll recognize the connection immediately if you choose to prep with Action.

To be followed by an ongoing Legion of Super-Heroes series by Bendis and Sook in November 2019!

Superman Vol. 3: The Unity Saga: The President of Earth