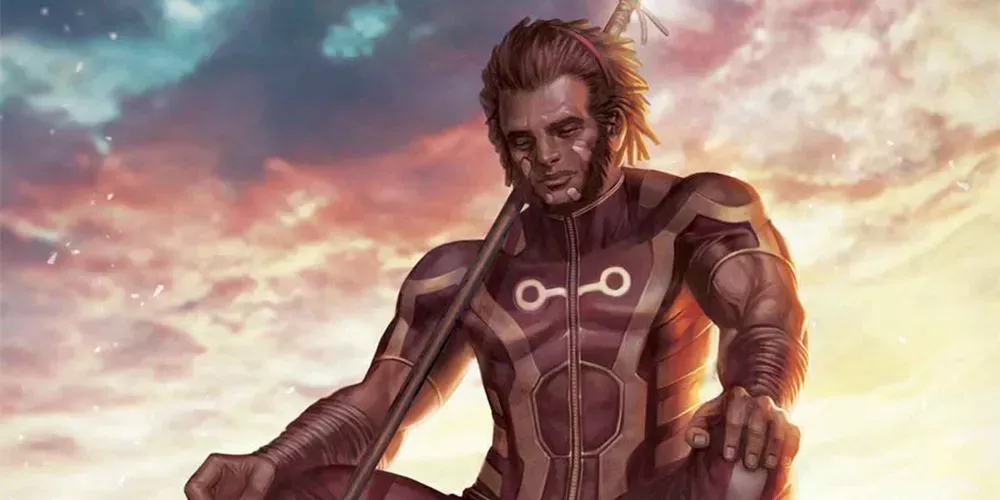 Eden Fesi, the hero Manifold, is an indigenous Australian mutant created by Jonathan Hickman, Brian Michael Bendis, and Stefano Caselli. He is a universal shaper – in other words – he talks to space, and when he asks for something, you can pretty much consider it done. At first, he trained under Gateway, but Daisy Johnson soon recruited Eden to be part of her team, the Secret Warriors.

Eden has also had adventures with the Avengers and was an important part of the team, while Hickman was the writer from 2012 to 2015.

Manifold’s last day as an Avenger was one of his greatest. He sacrificed himself to save other heroes at the start of “Secret Wars.” A sacrifice that made King T’Challa truly respect him, and both of them started working together to protect Wakanda when the universe returned to normal.

After being traumatized by a mission with Black Panther, Eden joined the nation of Krakoa and started helping Abigail Brand at S.W.O.R.D. Below you’ll find the complete Manifold reading order!

Daisy goes after Eden Fesi, a reality shaper trained under Gateway, to make him part of her team. After joining her, Manifold mainly just works as the team’s teleporter. During a mission, he and Hellfire help Alex, who the Dark Avengers are attacking. Little by little, you realize Eden is a really kind person, maybe the kindest of the team.

On a particular mission in Gehenna, Eden’s powers were essential for the team’s escape, but he is badly injured and slips into a coma. By the end of the story, he recovers. 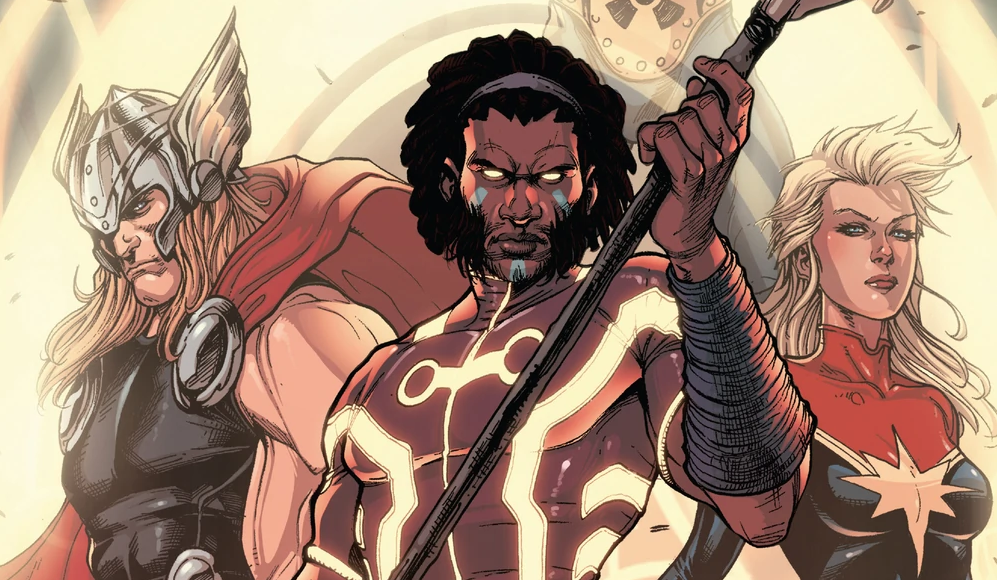 After Captain America has his ass kicked on Mars and some of the Avengers are kidnapped, he decides to make a new and better team. Eden doesn’t know if being a hero is for him, but he still joins and teleports everyone back to Mars to rescue the rest of the Avengers.

Captain Universe takes Eden to a planet called Galador, which is going to be destroyed by the Builders. She wants to show Manifold that the Avengers still need to grow even stronger; that if you want to protect a world, you also need the power to destroy one.

While the Avengers join other forces in space to fight the builders, Thanos makes his way to earth. Manifold is mostly a background character during the Infinity event, except for Avengers #22 – in which he has a great dialogue with Thor.

It’s one of the best Marvel events and a must-read. If you wanna know more about the event, check our Infinity Guide.

Manifold has lost his connection with the universe, so he can’t teleport to the right places anymore. Then, Captain Universe takes him to a dream, in which he regains his connection. After that, he helps the Avengers with a mission.

Now, the leader of the Avengers is Roberto da Costa – AKA Sunspot – at this point, he has also taken over A.I.M. and Eden is part of his Avengers. Their goal is to make S.H.I.E.L.D. and the Illuminati talk.

When all teams start working together, Hank Pym fills them up on what he was doing before the fight. He says that there are more Manifolds and that all are teleporters who can move things almost unconsciously, solely by the need; they know where things are supposed to go.

He sacrifices himself to transport the right people to the Life Raft.

Remember what I said about “Infinity?” The same goes for “Secret Wars,” so take a look at our Secret Wars (2015) Guide. It would be a shame if you read everything up until here and didn’t give this event a chance. 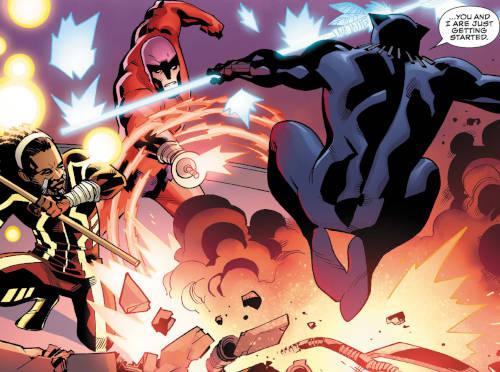 Black Panther remembers Eden’s sacrifice at the start of “Secret Wars,” so he believes in him with his life. Eden, now a friend of Wakanda, helps T’Challa deal with revolts within the country. Shuri is imprisoned in the Ancestral Plane; so Manifold uses his powers to help T’Challa reach the place and, together, they bring her back to Wakanda. After that, Eden and Shuri start flirting and getting closer.

Manifold and Black Panther find out about the Intergalactic Empire of Wakanda. However, what they think is a great opportunity, quickly turns into a grand disaster. Their memories are wiped out, and Manifold is made into an enforcer for the Empire, killing many people for years. When he regains his memories, he joins the resistance, and with T’Challa and the rebel army, they are able to defeat the Emperor.

Black Panther & the Crew: We Are the Streets

Collects: Black Panther And The Crew #1-6

Shuri: The Search for Black Panther 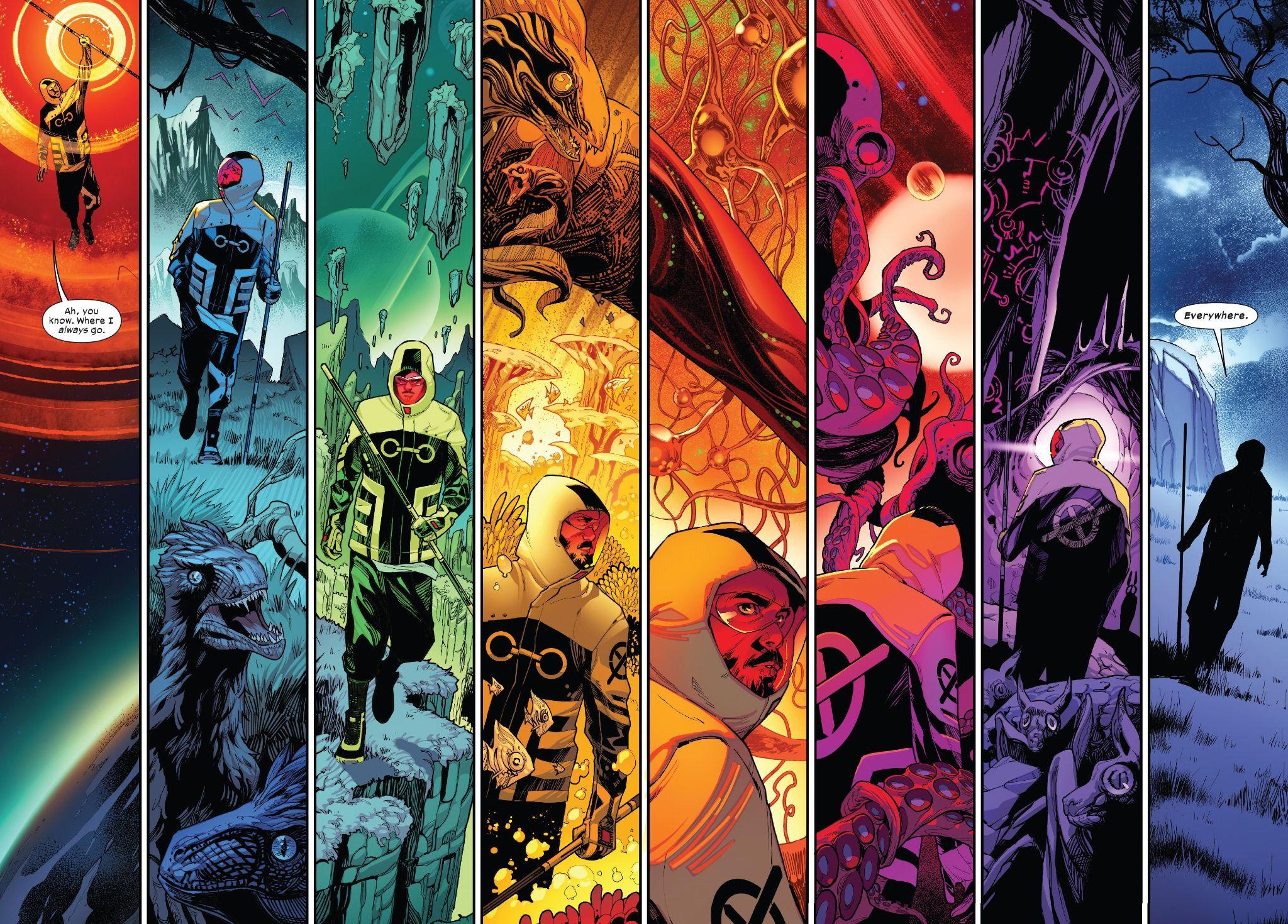 Fighting For The Mutants

Manifold is part of S.W.O.R.D. and leader of The Six. When the team works together, they can go to the White Hot Room, where they get a precious and unique metal called Mysterium.

If you want the best of Manifold, you NEED to read chapters #3 and #4; they are incredible and focus more on him. You’ll understand better his powers and his thoughts. Also, it’s great to finally see him working together with other mutants.

Eden helps during the “Last Annihilation” event. It’s nice to see him and Shuri together; I wouldn’t be surprised if we started seeing him in some Black Panther issues again.

Manifold knows Abigail Brand killed Henry Gyrich and disagrees with her plans for Arakko, so he quits the team.