Without question, the writing and vision of Jonathan Hickman across the Marvel Universe is my favorite modern run in superhero comics. Working with a roster of incredible artistic storytellers like Esad Ribic, Jerome Opena, and Dale Eaglesham (among many others), the Marvel Hickman-verse is wonderfully plotted and thematically connected from the Dark Reign era Secret Warriors through 2015’s mega-event Secret Wars.

There are a number of coherent visions mapped across the modern Marvel Universe by various creators (Rick Remender, Brian Michael Bendis, Jason Aaron, etc), but none are as rewarding as Hickman’s.

Due to its expansive quality, interconnected narratives, and near decade long run time, a good reading order can seriously aid the comic book binge experience.

Below you’ll find a complete chronology and timeline for every Marvel comic book written by Jonathan Hickman, as well as background reading that can help provide context for Hickman’s entrance onto a series or set of characters. At the end of the guide, I also include picks from Jonathan Hickman’s creator-owned work so the ride never stops.

0) Marvel Comics Leading Up To The Hickman-Verse 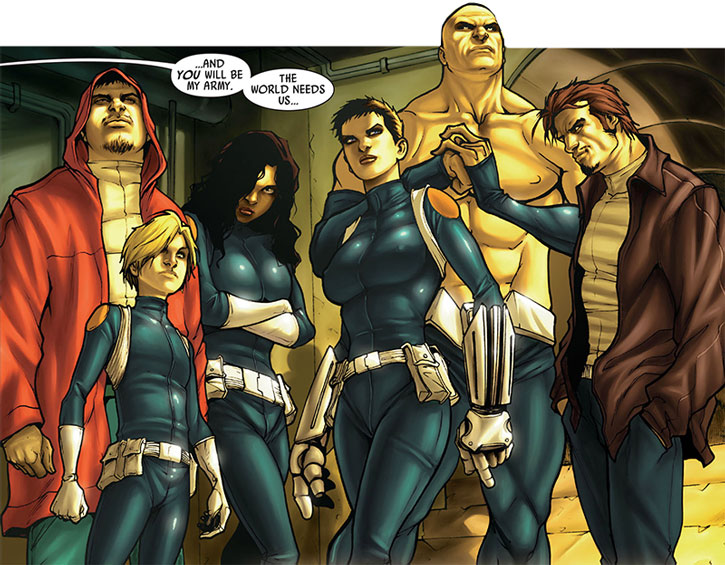 In a clear tie to the political environment of 2005, Nick Fury defies orders from the US government and invades the nation of Latveria. The ramifications of this decision lead to Fury’s eventual exile from SHIELD, and status as a man on the run.

The most important background for Secret Warriors comes in Mighty Avengers, with the entire team assemblage explained.

Mighty Avengers #18 – The Secret Warriors train under the tutelage of Nick Fury and Daisy Johnson.

While you certainly could read all of Secret Invasion with the CBH reading order, really all you need to know is that Hickman’s time with Marvel comes in the aftermath of this event.

Much like Secret Invasion, the relaunch of Thunderbolts as Marvel’s new Dark Avengers helps explain the context of Dark Reign. Particularly relevant for Secret Warriors, this series by Brian Michael Bendis and Mike Deodato sets up the character of Ares and the various “criminal” Avengers.

The presence of Ultimates creative team Mark Millar and Bryan Hitch was a surprisingly lackluster boost for Fantastic Four. That said, elements of their time on the book – preceding Hickman’s entrance as writer – establishes elements in play such as Nu-World and the growth of Valeria Richards.

Now, in a lot of ways, it’s going to be obvious that Hickman’s time writing Fantastic Four is playing with elements established in the 50+ years of the comic’s publication. After all, he’s starting on issue #570. Nonetheless, I found the “Nu-World” storylines manageable but particularly confusing without this background.

Fall of the Hulks

I don’t really recommend reading all of “Fall of the Hulks” except for the biggest comic completists out there. The big development you need to know from this series is the Intelligencia conspire to reduce Doctor Doom’s intellect, and this is the reduced state we find him in during Fantastic Four.

The cosmic elements of Black Bolt’s journey as the Inhumans “Midnight King” stem from the events of “War of Kings.” This cosmic universe event follows hot on the heels of Annihilation and Annihilation Conquest. For a full look at the Marvel cosmic landscape, check out Comic Book Herald’s Marvel Cosmic guide.

Brian Michael Bendis writes a three part event that digs the Ultimate Universe out of the wreckage of Ultimatum. Hickman will expand on the reveals in these comics to build one of the Ultimate U’s most lasting creations.

It’s a fantastic idea, one of my favorite modern Marvel miniseries, and the inspiration for Hickman’s own time with Mike Deodato on New Avengers.

A spiritual predecessor to Avengers from Warren Ellis and Salvador LaRocca. NewUniversal introduces an altered version of the “White Event” as well as a moder reintroduction to Marvel’s New Universe characters like Star Brand and Nightmask. Hickman will play with these identities – particularly Star Brand – during his time on Avengers.

Hickman’s time writing Marvel Comics begins as a joint project with 2000’s Marvel architect Brian Michael Bendis. As a result of the Bendis and Gabriel Del Otto mini-event Secret War (not to be confused with, you know, the giant Secret Wars), Nick Fury is left cut off from SHIELD and effectively a rogue agent.

The conclusion of Bendis and Leinel Francis Yu’s event Secret Invasion sets the stage for the rise of Norman Osborn as Fury’s successor, and the start of Marvel’s “Dark Reign.” Unwilling to let villains run the show, and trapped with a gut feeling that there’s something more sinister at play in this hostile takeover, Fury assembles a rag tag team of superpowered misfits known as his Secret Warriors.

Hickman writes portions of the intro platter to Dark Reign, not to be confused with his Doctor Doom short story in Dark Reign: The Cabal #1 (one of my favorite issues in the entire era).

While it’s not quite DC’s Final Crisis level advanced, I read Hickman and Dustin Weaver’s S.H.I.E.L.D. relatively early in my Marvel Comics reading journey and was left confounded. Instead of the familiar spy organization helmed by Nick Fury, Maria Hill, Tony Stark, etc., this S.H.I.E.L.D. asserts the organization’s roots spanning back near the dawn of man.

In the process, historical Illuminati like Leanardo Da Vinci, Galileo, Isaac Newtown and Nostradamus are roped into the dense world-owning machinations of the SHIELD and the SPEAR.

Not to be confused with the 2013 Hickman event, Infinity, which comes later! Note that in Marvel Unlimited, the library includes the Infinity one-shot as an unnumbered entry in the S.H.I.E.L.D. (2011) series.

Hickman’s time writing Fantastic Four is Marvel’s first family for modern readers who could never get into the team, and only know the lame movies.

Importantly, Hickman’s Fantastic Four is particularly focused on the genius of Reed Richards, and the consequences that come along with such natural hubris. More than any other series, the groundwork is laid in these stories for the developments of Avengers through Secret Wars.

Following FF #11, Fantastic Four is relaunched and runs concurrent to issues of FF.

While the comic destroyed so much of what fans loved about the Ultimate Universe, the rubble left in its wake left an extremely interesting version of Marvel comics for Hickman and Esad Ribic to play with.

As noted in the earlier background reading, Brian Michael Bendis and Mark Bagley’s work on the Ultimate Enemy trilogy is the first effort to successfully rehabilitate the universe. Hickman picks up those pieces and transforms them into elements that will play a major role in his Avengers, Secret Wars, and Marvel Comics being written today. 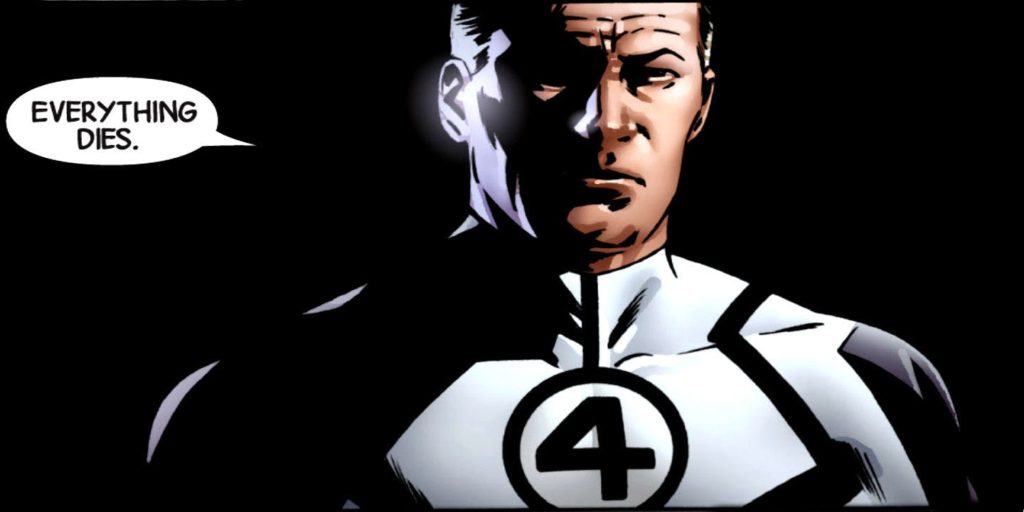 Hickman’s Avengers and New Avengers narrative weaves together at various points, really forming one cohesive epic all together.

Check out Comic Book Herald’s guide to Hickman’s 2019 return to Marvel with his work across X-Men. 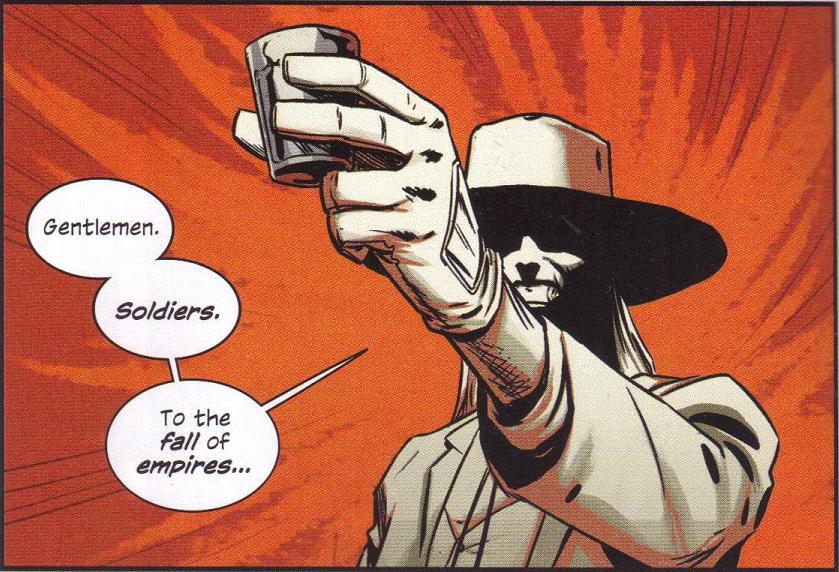 The Dying and the Dead