At first glance, the US Agent looks and feels like a generic copy of Captain America. As you look deeper you instead begin to see that the US Agent represents a different interpretation of the same concept. Steve Rogers and John Walker both love America but while Rogers’s moral compass is more aligned with the nation and its people, Walker believes almost exclusively in its government. If Cap represents the idealized America that says it won World War II, US Agent top-down, “might make right” world that came after. The one that believed the power of the American military made its government infallible.

The character first appears in 1986 during Mark Gruenwald’s 10-year run on Captain America, and will make his live-action Marvel Cinematic Universe debut in Disney+’s “The Falcon and the Winter Soldier.” 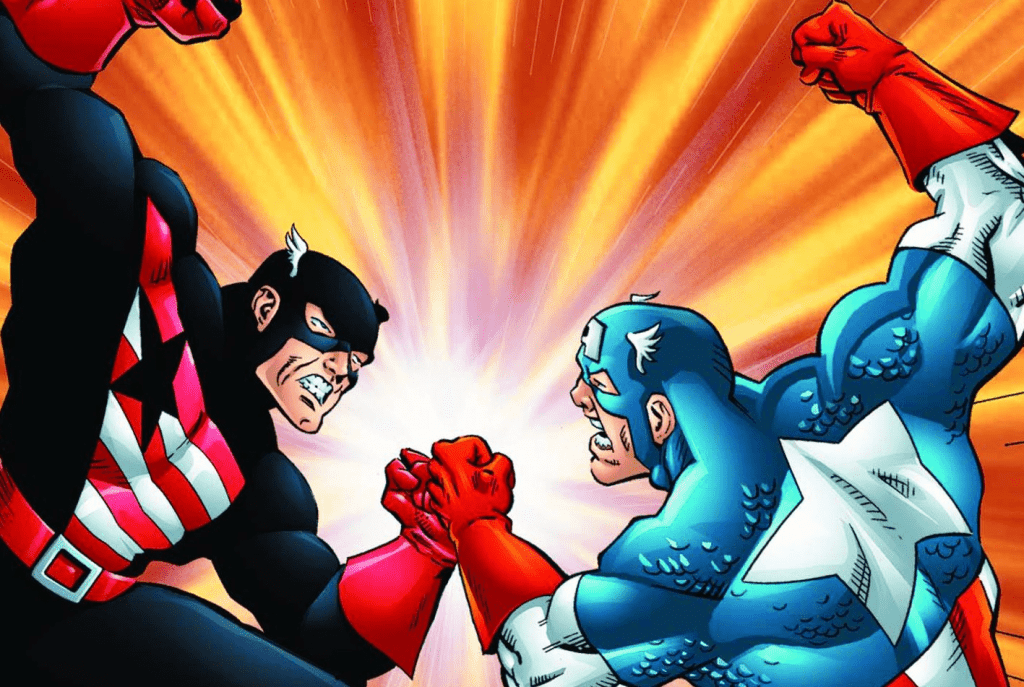 From Super-Patriot to Captain America

John Walker’s first appears under the name “Super Patriot.” He looks to establish himself as Captain America by dealing with the fallout of an international incident and the new “Commission of Superhero Activity.”

John Walker takes over the government-sponsored Captain America role. Over time, the true power behind the Commission is revealed.

With his days as Captain America behind him, The US Agent is born.

The US Agent joins the West Coast Avengers as a government watchdog and rubs everyone the wrong way. 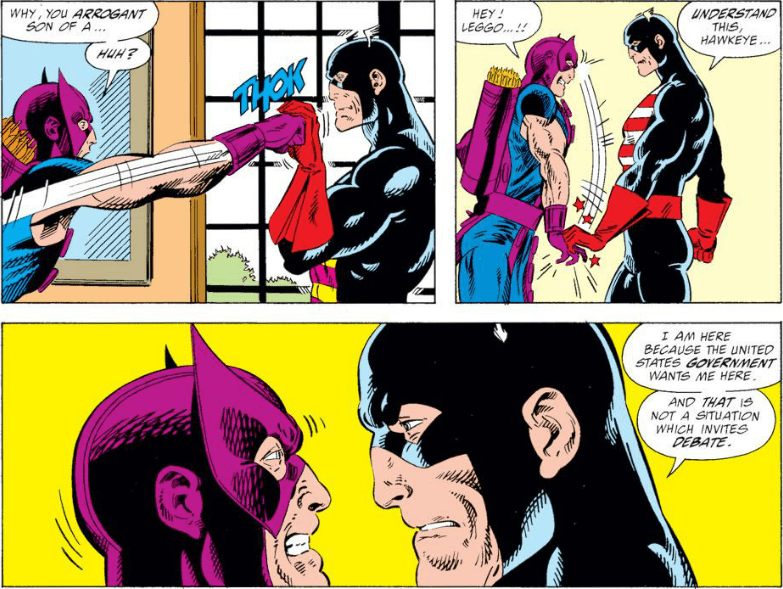 A rare stand-alone mini-series dives more into the complicated history of the US Agent.

US Agent takes a corporate gig leading the vigilante group, the Jury, against Hawkeye and the Thunderbolts.

Global (and Galatic) Adventures: US Agent in the 2000s

A classic comic trope: a new villain is introduced, and to show they mean business, brutalizes someone close to the main hero. US Agent draws the short straw here.

US Agent and his Superhuman Tactical Activities Response Squad (S.T.A.R.S.) end up heavily involved in the events of Maximum Security with Walker playing a key role in helping save the Earth.

New Invaders: To End All Wars

US Agent joins the New Invaders and bizarrely demands that they call him “Captain America.” (They don’t.) 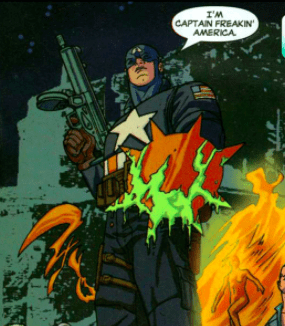 As part of the Superhero Registration Act, US Agent is sent to Canada and ends up taking over the leadership of Omega Flight.

US Agent joins the Mighty Avengers under dubious circumstances.

With his active duty status put into question, The US Agent faces off against The Thunderbolts.

Walker becomes the Warden of the supervillain prison, “The Raft.”

Walker is charged with transporting the Dark Avengers to prison and things go horribly wrong.

US Agent returns to active duty by joining the Avengers… Doctor Doom’s Avengers.

A new Force Works team rises during the events of Iron Man 2020.

By Christopher Priest and Georges Jeanty.