Starting with Empyre and following King in Black, we’ve entered a new Space Age in Marvel Cosmic, with writer Al Ewing as the head architect. Ewing has proven his cosmic bonafides across works like Ultimates

and even New Avengers,

and that carries through in a big way during the creator’s run on Guardians of the Galaxy and the X-Men office SWORD, all building to the crossover event, The Last Annihilation.

As the biggest and most highly praised Marvel Cosmic event of the 2000’s, Marvel’s Annihilation carries a heavy legacy, one that was referenced as recently as the small month-long crossover Annihilation: Scourge. Honestly, if it weren’t for Ewing’s well-earned reputation as one of the best creators at Marvel (bolstered especially by the hit Immortal Hulk), returning to the “Annihilation” branding would be highly skeptical. As it stands, though, there’s hope that Ewing and company will drive purpose and focus in their space age crossover, and hopefully mark an actual end to the reused “Annihilation” terminology.

Below you’ll find a complete reading order and checklist for Marvel’s 2021 The Last Annihilation crossover, with issues updated as they’re announced and released. 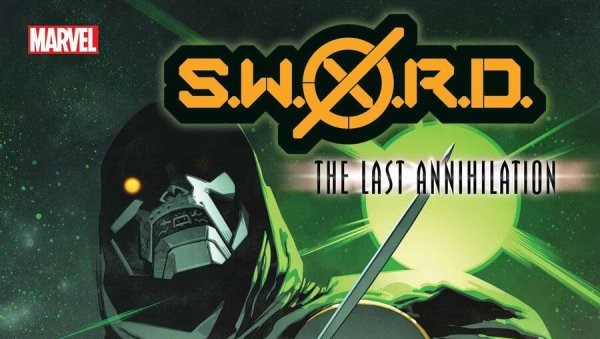 Guardians of the Galaxy #15

Not a direct Last Annihilation tie-in (the issue’s actually part of the X-Men’s Hellfire Gala), but Ewing’s Guardians and SWORD are increasingly interconnected, and self-referential. This will explain some references in Guardians #15 and presumably issues moving forward.

Guardians of the Galaxy #16

Guardians of the Galaxy #17

The Last Annihilation: Wiccan and Hulkling

Guardians of the Galaxy #18