The original Annihilation (2006-2007) is one of the most beloved events in Marvel Comics of the 2000’s, combining the nascent seeds of rejuvenated Marvel Cosmic into an epic that would give fans the best Nova, Guardians of the Galaxy, and Thanos stories of the decade.

There’s also a very real possibility that Annihilation Scourge is a stop gap event, a mini December 2019 crossover transitioning the time period between Donny Cates’ current run on Guardians of the Galaxy and the Al Ewing and Juann Cabal takeover of the title in 2020. The lack of involvement from either of those creative sets doesn’t bode well for the longterm relevance of this mini.

Of course, none of that means the event can’t be enjoyable or flat out good.

Below you’ll find a complete guide to Annihilation Scourge, complete with a “Road To” presenting the comics and Comic Book Herald reading orders that will help you enjoy the event.

The Road to Annihilation Scourge!

The worst case scenario is that “Scourge” convinces a new set of readers to read or re-read the original Annihilation. So really, either way Marvel wins.

For the uninitiated, Annihilation takes the longtime Fantastic Four villain Annihilus and turns him into the ultimate cosmic threat, with his Annihilation Waves consuming the Marvel Cosmos one space sector at a time. This entire event sets the stage for the role of Nova and the revived Guardians of the Galaxy as the centerpieces of Marvel Cosmic, and it’s simply required reading for some of the best of the 2000’s.

Cates is one of Marvel’s most interesting writers over the past three years, and his contributions to the Marvel Cosmic landscape are some of his most impressive. Nearly all of the characters receiving one-shots in Annihilation Scourge have seen recent developments in at least one of Cates’ Marvel Cosmic books, with the exception of the Fantastic Four.

As a result, I’d more or less send interested parties to Comic Book Herald’s complete Donny Cates’ Marvel Universe reading order. If you’re looking for a simpler starting place, though, I’d jump straight ahead to Guardians of the Galaxy

Captain America: Scourge of the Underworld

I don’t expect this to actually be required reading, but I do find it noteworthy that Marvel choose to invoke the name of “Scourge” here, given the moniker’s history as a murderer of low-tier villains in Captain America.

I’m very into the idea of a cosmic Scourge invoking his own brand of justice on the likes of Annihilus, Blastaar, and everyone else in the Negative Zone. So there’s potential these stories are thematically connected, although again, that’s just some wishful theorizing! 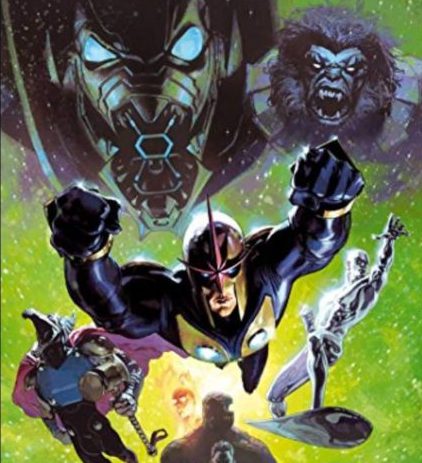