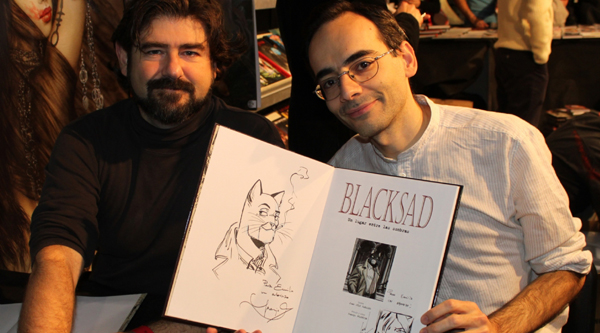 What we know for sure is that the two first met in the animation department of this small, Spanish studio where they worked on licensed projects during the early 1990s. And the concept for Blacksad was hatched in this time. Beyond that, the story gets a little difficult to pin down. Partly this is because of sub-optimal translation work on some of their interviews, but partly it’s because the two are a little cagey about details. (That’s incredibly common when talking about licensed work; non-disclosure contracts can be an absolute nightmare.) END_OF_DOCUMENT_TOKEN_TO_BE_REPLACED