One of the trickiest roads to pave in Big 2 superhero comics is a road to redemption for a hero whose previous creative team dragged them through the gauntlet.

We’ve seen it in more modern Marvel comics with Daredevil after Shadowland, Spider-Man after Superior Spider-Man

, and basically anyone Rick Remender tore down in his excellent time with the publisher. The reactions frequently run counter to the feelings of the comics that preceded them.

For example, despite the major changes to the world of Peter Parker and Spider-Man, Superior Spider-Man was so good the “return to norms” actually felt like a comedown. The opposite was true for Mark Waid, Marcos Martin, and Chris Samnee’s work on Daredevil after Shadowland, with a readership tired of overly dark Daredevil and ready for change. 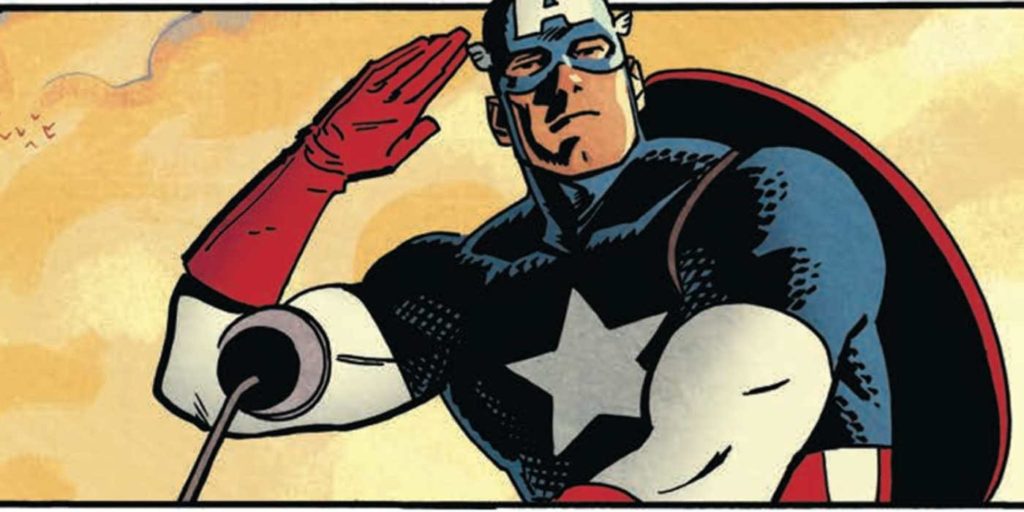 Few characters have been collectively as in need of saving as Captain America in 2017. Wherever you stand on the end result of Nick Spencer’s 50+ issues across Captain America: Sam Wilson

, Spencer delivered a highly politicized, highly controversial version of the Captain America legacy for about two years. Even under the most generous interpretation, Spencer was building a fascist Captain America through Secret Empire that was expressly designed to collapse.

There’s no doubt that Mark Waid and Chris Samnee’s Captain America #695 is a direct response to Secret Empire. Some of the course-correction is as on the nose as it comes – Cap is literally punching Nazis and fighting a white supremacist terror cell – but that doesn’t make it any less the right direction for Cap.

Waid and Samnee are faced here with an even greater redemption project than Waid’s work on Daredevil in 2011. You can “well actually evil doppleganer” Secret Empire all you want, but the Marvel Universe just saw Steve Rogers lead Hydra to straight up take over the world. And he won!

So yes, the real Steve Rogers going on an American walkabout (or, more cynically, “Captain America: Grounded”) is the right move. Reintegrating Captain America into society and the Marvel U should not be an easy task. He has much to account for, and much to learn about what America has become.

I’m excited about the potential for this series, and it will unquestionably be one of the Marvel Legacy titles I follow most keenly.