Black Adam is one of DC’s cooler villains, with a deep history and modern rehabilitation giving him the complexity of the most compelling superhero arch-nemeses.

Although he is first and foremost a villain to Captain Marvel, Black Adam has also been a Justice League villain, a member of DC’s Society of Supervillains, and even a borderline hero with the Justice Society of America.

Below you’ll find a complete guide to the essential comic book stories of DC’s villain Black Adam. I’ve noted some of my favorites by including the Comic Book Herald logo next to the series title. 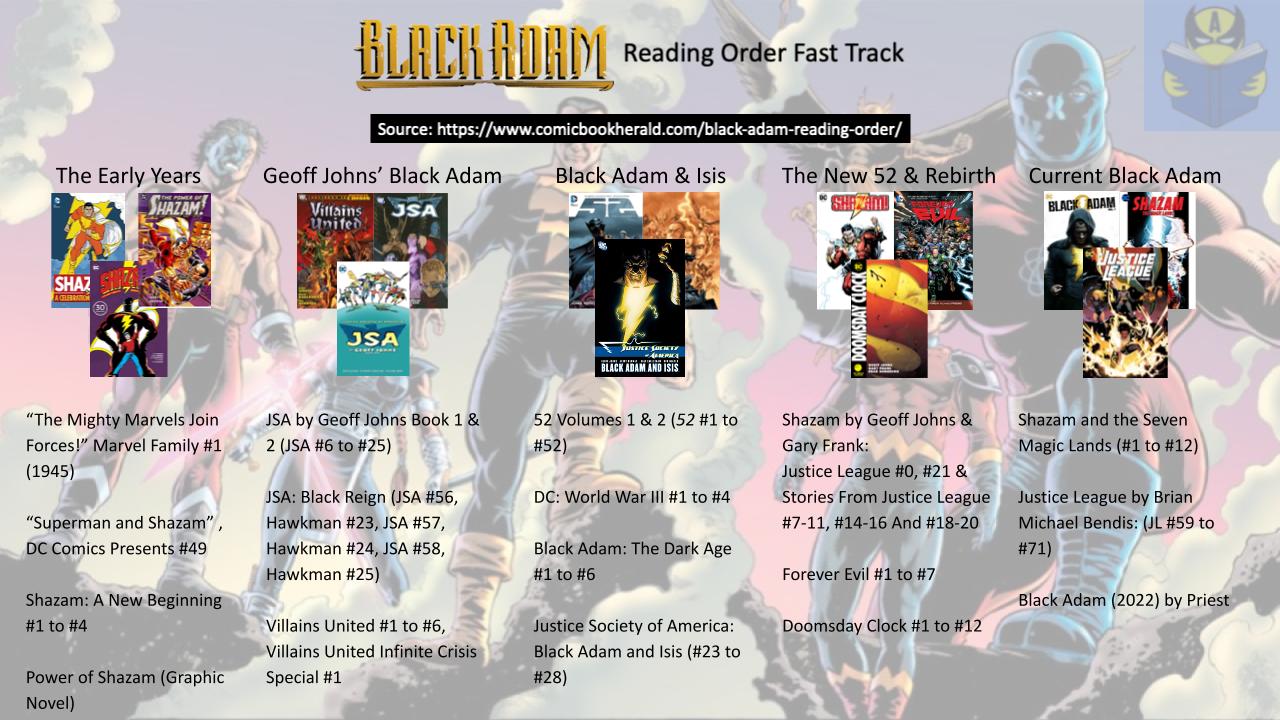 Shazam!: A Celebration of 75 Years

JSA by Geoff Johns Book One

The redemption, rise, and fall of Black Adam all takes place in the 2000’s JSA written by Geoff Johns (with co-writing by James Robinson and David Goyer at various points). The groundwork for Black Adam’s best moments of the millenium, and the way we consider the character today, all begins here.

I’d call out as well that JSA #67 is an “Identity Crisis” tie-in. You can find the full guide via Comic Book Herald’s Identity Crisis reading order.

As you’d expect, this JSA / Hawkman crossover should be read in sync with the JSA issues listed in the omnibus collection above.

This is one of the most Black Adam centric storylines in the run, as Adam carves out his own new superteam!

Black Adam plays a role in Infinite Crisis, but some of his best moments come as a “principled” member of the villainous society of supervillains. This group gets the best focus in Villains United, the Gail Simone written prelude series that doubles as a launching pad for Secret Six.

There’s little that matches the weekly 52 series launched by the Grant Morrison, Geoff Johns, Mark Waid, Keith Giffen and Greg Rucka braintrust after Infinite Crisis. In addition to a remarkable achievement in superhero comics storytelling, 52 is my pick for the best Black Adam story for modern readers.

In many cases I’d recommend DC fans stop 52 with the 52nd issue, but that’s definitely not true with a read focusing on Black Adam. The villain’s journey comes full circle in this “Event” style story that is absolutely essential for the Black Adam narrative.

During the early days of DC’s New 52, writer Geoff Johns included backup “Shazam” stories in his time as writer on Justice League. This escalated into a full story arc later, that included the Marvel Family, Dr. Sivana, and yes, Black Adam.

My personal opinion is that this take on “Shazam” is generally quite bad and should be ignored! Nonetheless, it’s one of the most easily identifiable modern efforts at Captain Marvel and Black Adam.

I’m not super into the use of Black Adam in DC’s New 52, but Forever Evil is a better fit for this version of the character than the preceding Shazam stories running in the pages of Justice League.

Black Adam’s role in Metal is quite limited, but any excuse to read Metal again is a good one.

It would seem writer Geoff Johns just can’t keep his hands of Black Adam, as the character has had a supporting role in the major Doomsday Clock maxi series from DC. For the full Doomsday Clock experience, check out Comic Book Herald’s guide to Doomsday Clock. 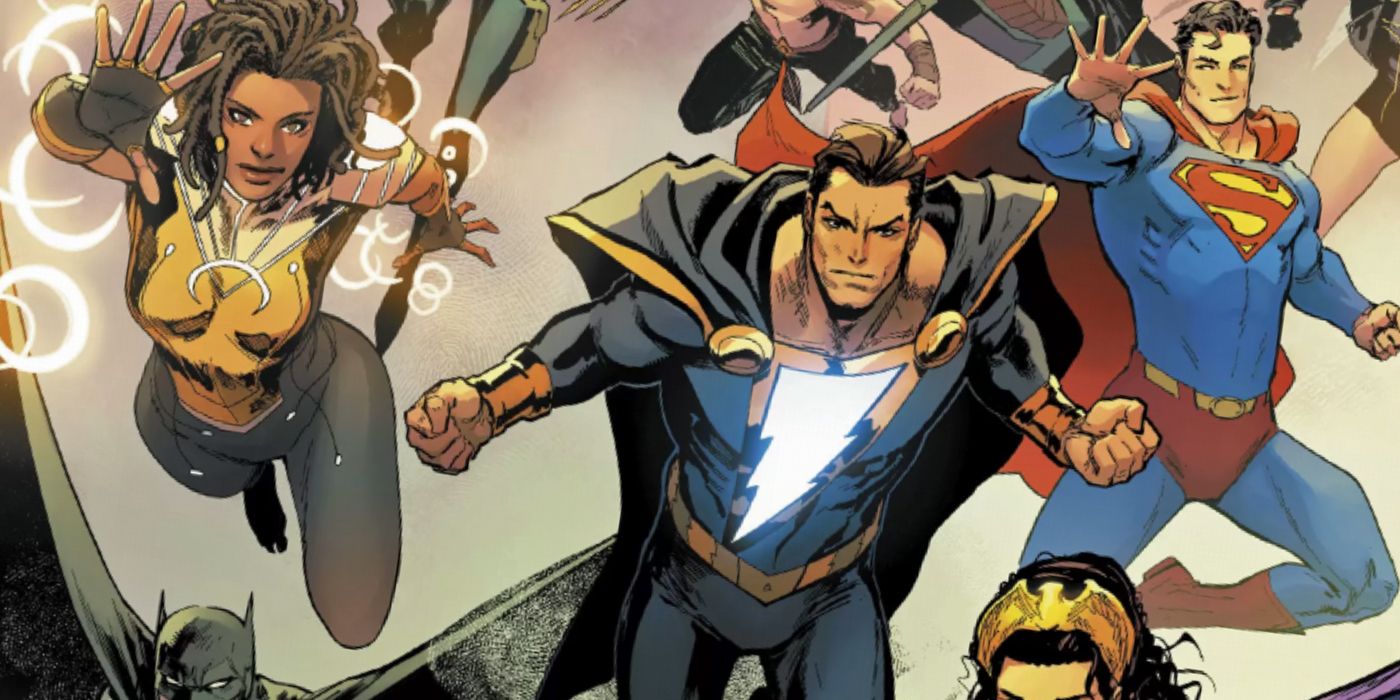 Shazam and the Seven Magic Lands