Equal parts Asgardian ally and cosmic hero, Beta Ray Bill debuted in 1983 as part of Walt Simonson’s opening salvo on what would become the best Thor comics run of all time. In the hands of a less monumental creative vision, Bill could have been lost to time as an equine oddity in the Odinson’s mythos, but instead he’s an essential part of the Marvel Cosmic fabric and oath-brother to Thor.

As one of the most memorable characters to ever prove worthy of Mjolnir, Beta Ray Bill is forever tied to Asgardian legacy, with Odin even crafting Bill his own powerful hammer, known as Stormbreaker.

Below you’ll find a complete reading order for Beta Ray Bill, including his best stories through present day. From Asgard to Galactus to the Guardians of the Galaxy, the Korbinite of Might (ok, I’m the only one who calls him that!) has made himself well known throughout the Marvel Universe.

Beta Ray Bill debuted in Walt Simonson’s first issue as the ongoing writer / artist on Marvel’s Thor. It’s an incredible opening story arc that considers what it means to be worthy of Mjolnir, with Beta Ray Bill proving his mettle as an equal to Thor. Following their meeting and progression to oath-brothers, Bill bounces around the remainder of the all-time great Simonson run on the title.

Although it’s not included in the linked collection, Beta Ray Bill’s involvement helping Thor defeat Kurse in Thor #363 is followed up in the pages of Power Pack #19, written by Walt Simonson’s wife (and fellow comics creator) Louise Simonson. Bill learns the meaning of Thanksgiving! 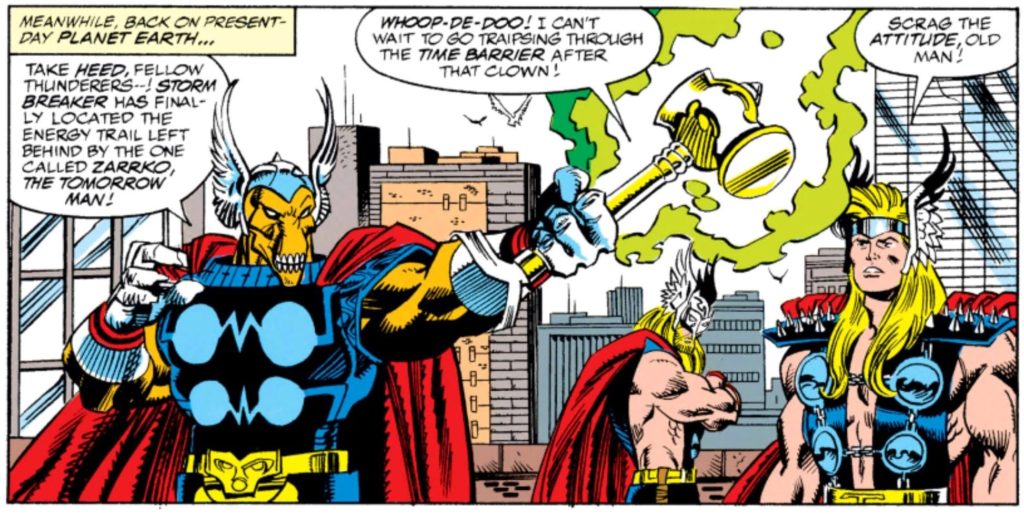 Set during the Eric Masterson Thunderstrike era, Beta Ray Bill is the voice of reason and experience in the Thor War, which ultimately leads to the Thor Corps!

This mega crossover finds Bill and Thor’s allies seeking to qualm the warrior’s madness that has overtaken the Odinson. The issues can be read as follows:

Written by Mark Gruenwald, Star Masters is a 90’s oddity that brings together a bunch of Marvel’s biggest cosmic heavy hitters, and in a lot of ways predicts Annihilators

Thor: Across All Worlds

Set during and immediately after the Avengers Disassembled era.

In the wake of Civil War, Canada reacts to America’s sweeping superhero reform, and puts together a new version of Alpha Flight. Beta Ray Bill plays a role, but you’ll definitely want to read the “Stormbreaker” mini prior to understand.

In a personal favorite, Kieron Gillen and Kano team up to send Beta Ray Bill on a quest for vengeance against the world devourer, Galactus!

The most “formal” inclusion of Beta Ray Bill into the post Annihilation Marvel cosmic landscape. The Annihilators are Bill, Silver Surfer, Gladiator, Quasar and Ronan the Accuser.

Sif and Beta Ray Bill’s relationship is explored while Sif heads up Journey Into Mystery. 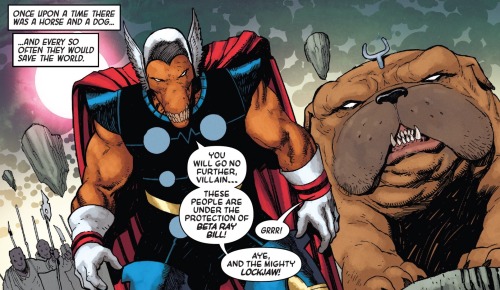 Death of the Inhumans

The adventures of Beta Ray Bill and Lockjaw begin!

Collects: Guardians Of The Galaxy 1-6

Guardians of the Galaxy by Donny Cates Vol. 2: Faithless