You are here: Home / Comics Guides / Best of Lists / Best Standalone Graphic Novels Of The Decade

In a continuity obsessed genre like comic books, the stand-alone graphic novel is a fascinating art form onto itself. Indeed, the stand-alone must achieve two goals: be open enough to invite in any reader, but tight enough to provide a clear beginning and a satisfactory end. (Of course, this means we’ll have to tack on a few misfits at the end) 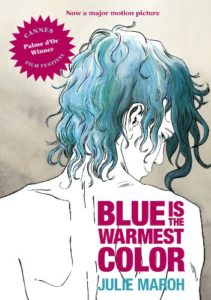 Blue is the Warmest Color

Maroh’s memoir remains an absolute masterpiece in storytelling through color and design. As the title suggests, blue is the most pronounced color in the book and is used to express the suppressed, same-sex longing of a young girl coming of age in the homophobic climate of the 90s. The book is awash with aqueous blues, greys, and greens that spread organically through watercolor blooms, giving everything a radiant feeling. Furthermore, the book restricts its artwork into a uniform three-column grid which cleverly shifts gutters to suggest movements through time. 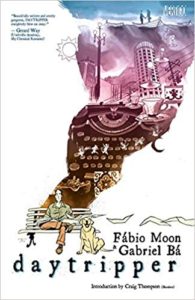 This book is fantastic. But if you haven’t yet read this comic book, and have avoided our other mentions of it, I strongly suggest you skip past this review.

If you’re continuing, then I assume you either have already read this or don’t worry about spoilers. Either way, Daytripper is an absolute wonder. We follow Bras de Olivias Dominguez’s life in Brazil, each issue telling a different part of his story. But the choice to have every single issue end in his death was absolutely inspired. Not only does that creative choice work perfectly in the comic medium, but it adds finality to each story, changing the way we evaluate it. The artwork is particularly gorgeous and pushes the preciousness of these moments. 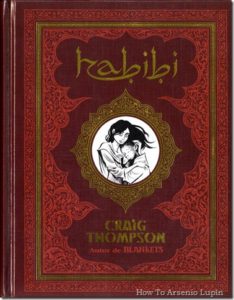 The way Thompson mixes mythical past and the all-too-real present is truly something to behold. Habibi already appears on our Best Comics of the Decade list, but it truly warrants a second appearance here. The story and art are simply that good. 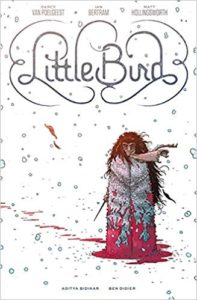 In 2016, Darcy Van Poelgeest was a director and producer on an indie movie and a few shorts. At the same time, Ian Bertram’s biggest claim to fame was a respectable little Dark Horse book with Peter Tomasi plus a small handful of pages for DC and Marvel. So to say Little Bird came out of nowhere in 2019 is an extreme understatement. Yet this brilliant, enigmatic book smashed onto the scene this year, earning high marks on many lists (as well as CBH’s “Best of 2019” award.)

The book tells the story of Manifest Destiny gone amok. America is no longer the “United States,” but instead a continental empire ruled by a brutal televangelist. A cruel, media-ready god-king of sorts. It’s also the tale of the last tribes of Canada as they try to hold out against this unstoppable force with the last remnants of their folk magic. In this case, embodied in a girl (the titular “Little Bird”) who has a power like resurrection only… different. And that’s only the tip of Poelgeest’s iceberg. Bertram’s art more than keeps up, providing a style that feels like a mixture of Moebius and Katsuhiro Otomo. Bertram crafts an organic, highly detailed world filled with implied narratives, mysticism, and body horror. This book may be late addition, but it’s in a dead heat with My Favorite Thing is Monsters for best of the list. 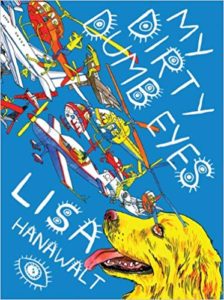 E.B. White once said something like “you’re an idiot if you try to explain a joke, John.” And yet here I am, having to explain why Lisa Hanawalt is one of the funniest cartoonists going. Sure, her work is gross and sometimes even obscene. And of course her unique art style — a mix of clean, magazine-style cartooning mixed with playfully immature flourishes — is the perfect way to represent her wild ideas. But more than that, there’s a particular spark of true madness the book. The internet has bred entirely too many “totally random” twee cartoonists, but Hanawalt feels like the real deal. Like someone you’d be terrified to meet on a bus, but in a good way. 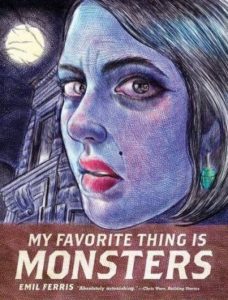 My Favorite Thing Is Monsters

Ferris arrived on the comic scene like Klaatu from the Day the Earth Stood Still. The 55-year old Chicago cartoonist was on nobody’s radar, not even her publisher’s before suddenly, she was here. Carrying this book that is simply amazing. The story is set in Chicago during the supreme upheaval of the 1960s. Monsters is told through the eyes of a 10-year-old girl whose only way of understanding the political, racial, and gendered violence around her is by interpreting it, visually, through classic monster movies. And those visuals are astounding with Ferris rendering them through a beautifully exaggerated photographic eye and careful crosshatched colored pencils. This, along with Little Bird, might be the best comic on this list and my strongest recommendation. 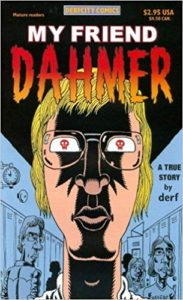 Derf’s autobiographic look at his childhood friendship with one of the world’s most notorious serial killers. Rendered in a sort of 60s outsider comic style, the book focuses on the self-obsession of youth and how we miss what can be right in front of our eyes. The book is illuminating and haunting like a pang of old guilt remembered at 3am. 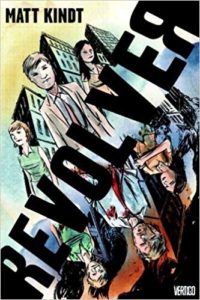 Kindt is known for his intricate stories and distinctive art style. But this story about a man shifting between parallel realities seems an even bigger step for him. The story follows Sam, a man that finds he can move between two worlds: the real world of desk jobs and bills, and a world where he can be the planet’s celebrated hero. There’s a little Chuck Palahniuk to this story, an existential dread begging the question “what is your life worth?” But from there, Kindt goes in a different direction as he makes Sam grow as a person rather than succumb to base desires of nihilism. The book pushes the premise to the very end, and feels better for it. 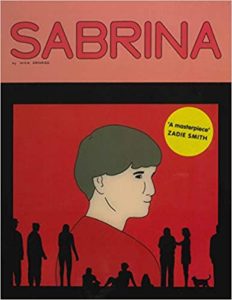 Drnaso’s artwork is perfect for this story of our new, conspiratorial age. Without spoiling anything, the story is primarily three people: the eponymous Sabrina, who has disappeared from Chicago; her boyfriend Teddy, a quiet man-child who’s just left town; and Calvin, a friend who’s putting Teddy up in Colorado. The next 200 pages are all about people assuming the worst, and how the news, facebook, twitter, etc propagate that response. Rendered in simple lines, flat colors, and negative space. A perfect visual allegory for social media’s brutal lack of subtly or shades of grey. This is not an easy read, but it is an important one. 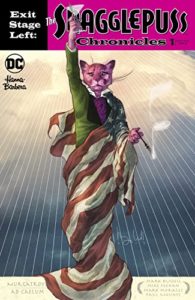 DC’s work on the Hanna Barbara properties has been nothing less than inspired, turning these paper-thin icons from a bygone age into symbols of our modern struggles and characters with deep resonance. This is what turned Russel’s run on the Flintstones into a lauded examination of war, PTSD, and our treatment of soldiers. It’s also what turned Snagglepuss from a goofy, effeminate, barely-there cat into this blacklisted playwright, a mixture of Tenessee Williams and Arthur Laurents. The book is a powerful look at homophobia in both Hollywood under McCarthyism and America today, with a rich cast of HB characters who give faces to the cruelties and indignities visited upon this minority. Feehan’s drawings really push that pathos forward. And give spectacular backbone. 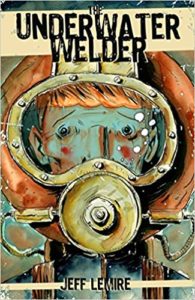 This book contains multitudes. First of all, this is a supernatural story. Jack Joseph is the underwater welder, working an oil rig. But each time he goes below the waves, he sees his father who mysteriously disappeared one Halloween when Joseph was a child. And Lemire’s gorgeous watercolors fit this tale of oceans and ghosts quite well. On the other hand, this is a family story. Joseph’s wife is 9 months pregnant and it’s easy to see how his fears (both childhood and current) are at play. But the question remains: What’s causing this experience beneath the surface?

These are books that don’t quite fit into our criteria but are close enough to warrant praise regardless.

I will put Darwyn Cooke on any list I can. But this pairing of Stark’s vintage pulp material and Cooke’s phenomenal golden-age style illustration feels too perfect to pass up. But while you can technically read this book without reading any of the rest, it’s obviously part of a series. Still, it’s simply too good to pass up.

Are You My Mother: A Comic Drama — Alison Bechdel

This memoir told through phone conversations between Bechdel and her mother is brilliant, honest, and at turns shattering and funny. And a great read all on its own. But somehow, it feels like a follow-up to Bechdel award-winning Fun Home: A Family Tragicomic from 2006. Particularly since that memoir had such a notable absence of her mom.

This two-part series forms a single whole, telling the incredible true story of the Boxer Rebellion of 1900. This overlooked piece of real history reads like any comic book, filled with imperialist armies, secret societies, kung fu, and a self-proclaimed deity. Sadly, the books are not exclusively sold together, so it doesn’t fit our criteria. But it’s still a phenomenal read.