You are here: Home / Comics Guides / Best of Lists / Why you should be buying Artist Editions from IDW

I’ve been collecting comics for roughly three decades now, but I think I can split my habit into only two periods: the point where I followed characters from issue to issue, and the period where I followed artists, writers, and creative teams from title to title. You can see the change in the way I organize and show-off my comics as well, with “wings” dedicated to Alan Moore and Warren Ellis, Jill Thompson and Dave Johnson.

My actual collecting changed somewhere in that latter period as well, as I started to gather up huge omnibuses and absolute editions. I now have enormous books that have to go on the bottom shelf of my bookcase for fear that their heft is going to come crashing down on my floppies like The Graphic Novel of Damocles or something.

And now, I have something more to collect. Some greater, prettier way to obsess over my favorite comic book creators. I am talking, of course, about IDW’s Artist and Artifact Editions and honestly, you should be, too… 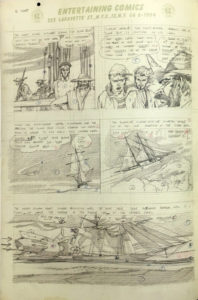 I started picking up omnibuses both for their convenience and for their higher production quality. The better paper, inks, and finishes used to make these trades make for a nicer — if heavier — reading experience. But that’s also their problem: they’re just nicer versions of the same comics.

This is where IDW’s collections do something different.

To make an Artist or Artifact Edition, IDW starts by obtaining access to the original source pages from the works they wish to collect. Artist editions collect from a single run as a narrow look into an artist’s work, whereas Artifact editions collect from an assortment of titles for a wide retrospective. Either way, IDW scans the art boards in large format scanners, creating high quality, full-color scans that capture not merely everything on the page, but on the entire artist boards.

That means every note in the margin; every piece of tape holding down a correction or zipatone mask; every blue line and graphite sketch; everything. They then gather as many original scripts, sketches, and proposals that correspond to the materials as possible.

The result is a book that feels much more like an invitation to an artist’s studio where we can effectively watch them bring a comic book to life. This is the kind of careful recreation one might expect from a fine art gallery, only now, in a printed collection, you can really spend your time pouring over all the details that make some of the highest achievements in comics came to life.

And they’re reasonably priced, with most starting between $100-200 range. And to celebrate IDW’s anniversary, they’ll all be up to 25% off for the month of April, meaning you’re basically losing money by not buying them.

5 Artist Editions to Check Out 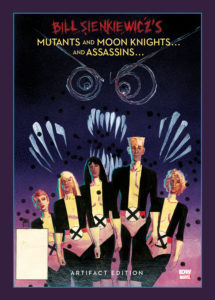 Sienkiewicz is the perfect place to show off what an Artist Edition can do. Bill’s was producing detailed and experimental artwork at a time before mass printing techniques could reasonably reproduce them, meaning that so much of the care and texture he put into his pages were simply lost before now. That’s why picking up his Artist Edition was such a revelation. To see just how much of his work was done with mixed media and collage was a surprise to me. I was already a huge fan of his work, but this book really opened my eyes to just how amazing his contributions to the form truly were.

This book collects pages from New Mutants, Elektra Assassin, Moon Knight, and more. And honestly, the book would be worth it for even one of those titles. 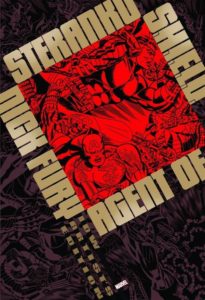 Jim Steranko was the master of the layout. His sense of pacing and cinematic framing — along with his pioneering use of psychedelia and surrealist art influences — turned Nick Fury into the “it” book for an entire generation.

But more than that, Steranko was one of those artists who pushed the story from the illustration side, forcing his writers to catch up to his wild ideas. And here, in this collection, you can see how true that is as all of Steranko’s story notes are captured along the edges of the boards.

There’s something so exciting about being privy to this hidden history of a classic book and there’s real magic in seeing the man’s thoughts in his own hand. Best of all, IDW let Steranko lay this book out himself! 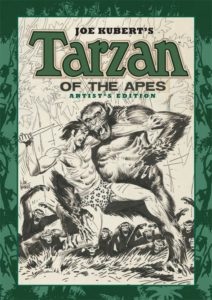 Joe Kubert was so good at drawing comic books that he founded a school. A school that gave us Steve Bissette, Amanda Connor, Rick Veitch, and Alex Maleev just to name a few. And if that wasn’t enough of an enduring legacy, the man also illustrated the definitive version of Tarzan.

His work was dramatic, dangerous, and (for its day) sexy. But most impressively, it was rooted in solid artistic concepts that governed the composition and flow of each cover and page. And you can really see on the page where Kubert worked these fundamentals out.

Looking at pages like this, you really believe that Kubert started work at 11! 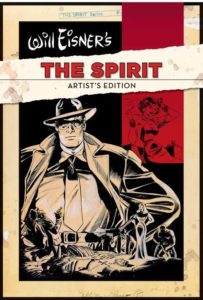 Kubert may have his own school, but Eisner has his own award. And with good reason. Eisner’s work on the Spirit was nothing short of foundational to comics, helping to establish the conventions of the media, its language… and its worth ethic.

Eisner’s work bridged the gap between “cartooning” and “comics,” merging the efficiency of the former with the artistic merits of the latter. On the face of it, that sounds simple, but looking at the fine line work Eisner had to achieve to pull it off really makes the feat seem remarkable, even by a modern standard. 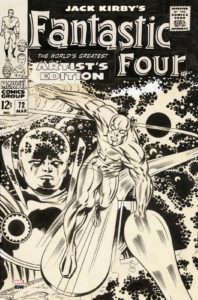 No list of great books is complete without Jack Kirby. Collected here are some of the most iconic issues from Jack’s run on the Fantastic Four in all of their Kirby-dotted glory. If you only buy one Artist edition, this should probably be it.