You are here: Home / Featured / Who Watched the Watchmen? Before Watchmen: Dr. Manhattan

…each clump of symbols is a brief, urgent message—describing a situation, a scene. We Tralfamaorians read them all at once, not one after the other. There isn’t any particular relationship between all the messages, except that the author has chosen them carefully, so that, when seen all at once, they produce an image of life that is beautiful and surprising and deep. There is no beginning, no middle, no end, no suspense, no moral, no causes, no effects. What we love in our books are the depths of many marvelous moments seen all at one time.

A comic uses a nine panel grid. A man is ripped asunder by the grid. A man murders his friends. A man travels through time. A man remains in one singular moment. A man sees himself for what he truly is. A man sees a better version of himself. A man hurts a man he loves. A man considers existence. A man sees the potential of nuclear Armageddon. A woman is hurt. A woman is pushed out of her own story. A woman ascends.

It’s time we put our love behind you
The illusion has just been a dream.
The valley of death and I’ll find you.
Now is when on a sunshine beam.
So bring all the young perfection,
For there us shall surely be.
No clothing, tears or hunger.
You can see you can see you can be.

A flock murders people. People say the sixties died that day. In the People’s Park, fifty people are hit with buck and bird shot. James Rector dies. A fascist justifies his actions:

If it takes a bloodbath, let’s get it over with, no more appeasement.

A man is trapped. A man sees the whole of existence. A man discovers a conspiracy. A man betrays his friend. A man kills the woman he loves. A president is assassinated. A man is imprisoned. A man is abducted by aliens. A man sits at his father’s grave. A man has the universe explained to him. A black hole is made. Time moves backwards. An algorithm is written. A child kills his father. A man kills himself. A man sees his death in the future.

Sometimes, adaptations work fine. But not very often. I really don’t see the logic of taking something which is perfectly realized as… a… comic book, as a novel, even as a film, and then realizing it in another medium. The only advantage to that is surely a financial one. This is nothing to do with the aesthetics, it’s nothing to do with art anymore. It’s trying to see if you can squeeze a last few drops of money out of this idea by realizing it as a computer game. No. Different media are not interchangeable.

A writer thinks of Terrance Dicks. 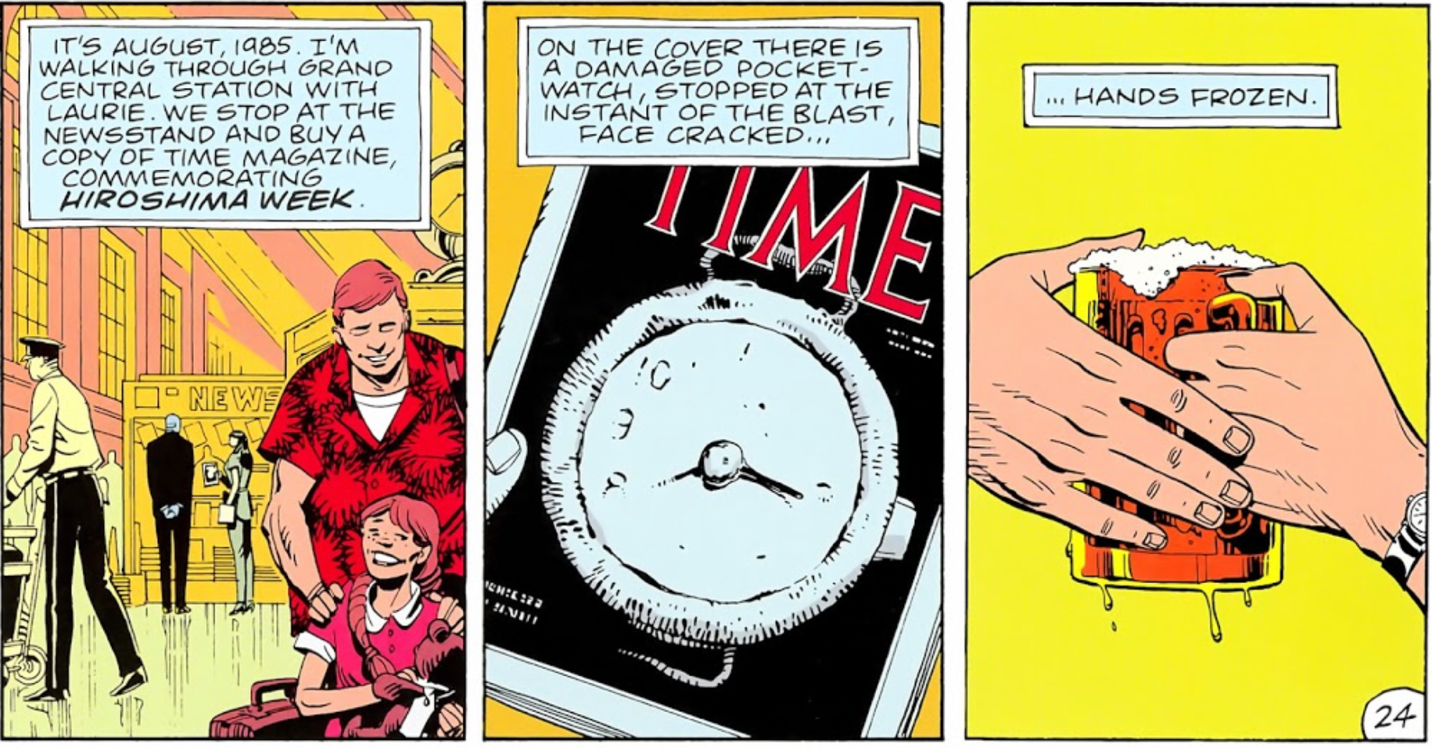