You are here: Home / Featured / The Thunderbolts Reading Order!

The Thunderbolts team itself begins as a spoiler. A well-written and genuinely shocking twist is a key part of the team’s earliest appearances. Suffice to say, spoilers are ahead.

“Replacing” origins, characters and even whole teams is a long-establish trope in comics. Long-running stories run the risk of getting too popular, oversaturated, and/or predictable and need to be shaken up. From a business standpoint, these overhauls give characters time away, freedom to change, and hopefully come back creatively refreshed. It also allows for new characters to be introduced, expanding the company’s line. After the Avengers were seemingly killed at the hands of Onslaught, the team was ripe to be “replaced.”

Spoiler, this newest superteam was actually the villainous cabal the Masters of Evil with long-time Avenger nemesis, Baron Zemo, in charge. And a much better marketing campaign.

Since then, the role and purpose of the Thunderbolts organization has changed shapes many times to fit into these replacement cycles. 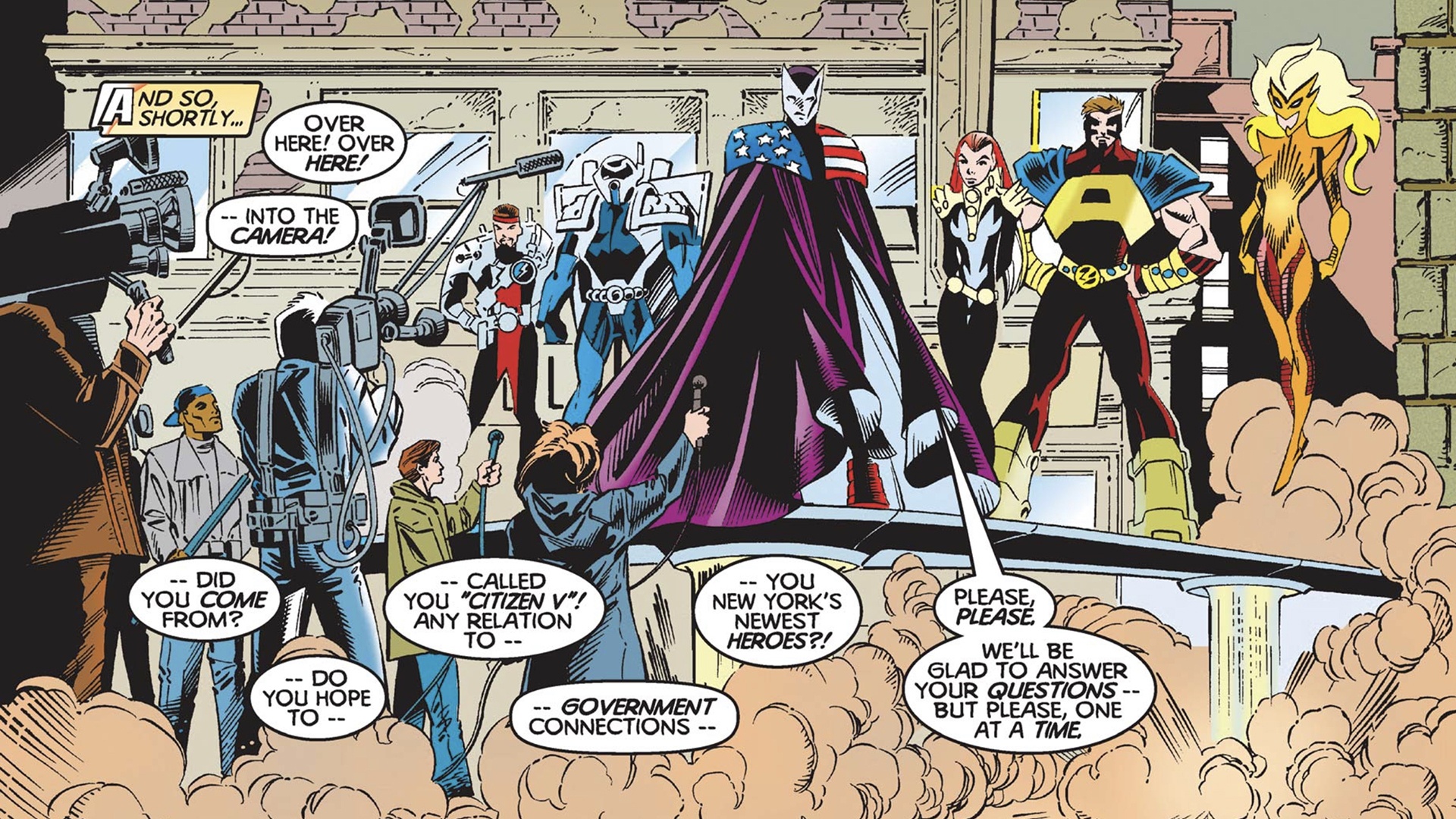 The early days of the team as the Thunderbolts seek fame and fortune with the Avengers being believed dead.

The Avengers return and the truth is revealed.

Hawkeye joins the ranks and tries to keep the team of villains on the straight and narrow by promising pardons.

After a fairly uneventful and uncollected stretch, it was obvious that Thunderbolts was losing steam. In an attempt to shake things up, Kurt Busiek introduces a “reformed” Zemo back into the mix, returning him to team leader, and having the despot lead his team on a mission to depower every superhero. But Iron Man plays double agent under the guise of erstwhile villain, Cobalt Man

A new Thunderbolts team is formed with a mysterious benefactor.

The Thunderbolts square off with Purple Man and Swordsman which is a Public Relations dream in how to raise your Q rating.

Zemo returns from the shadows and resets the Thunderbolts.

During the early days of the Civil War, Zemo looks for any advantage against the Grandmaster.

Zemo raises a Thunderbolts army as the Civil War reaches its boiling point. 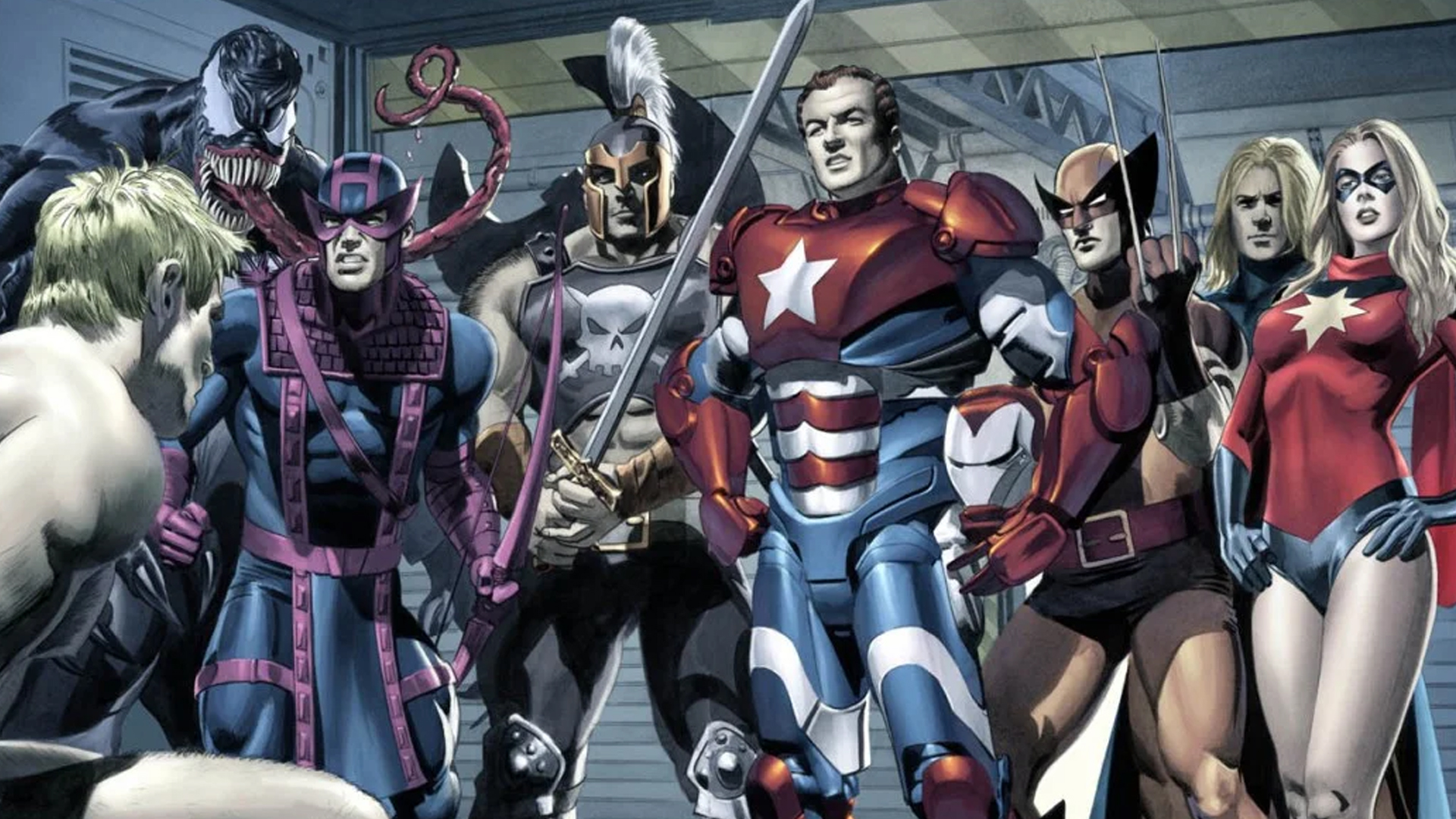 The Era of Osborn

Norman Osborn takes over as director of the Thunderbolts and shakes up the team.

A rare Zemo-focused mini-series that goes deep into his history.

The Thunderbolts are manipulated into fighting each other and things get bloody.

The Thunderbolts get a major public victory during the events of the Secret Invasion.

Thunderbolts: Burning Down the House

Norman Osborn takes over Shield and looks to clean house. The Thunderbolts are publicly disbanded while privately rebuilt as a black ops hit squad.

Osborn plans start to unravel during the events of Siege. 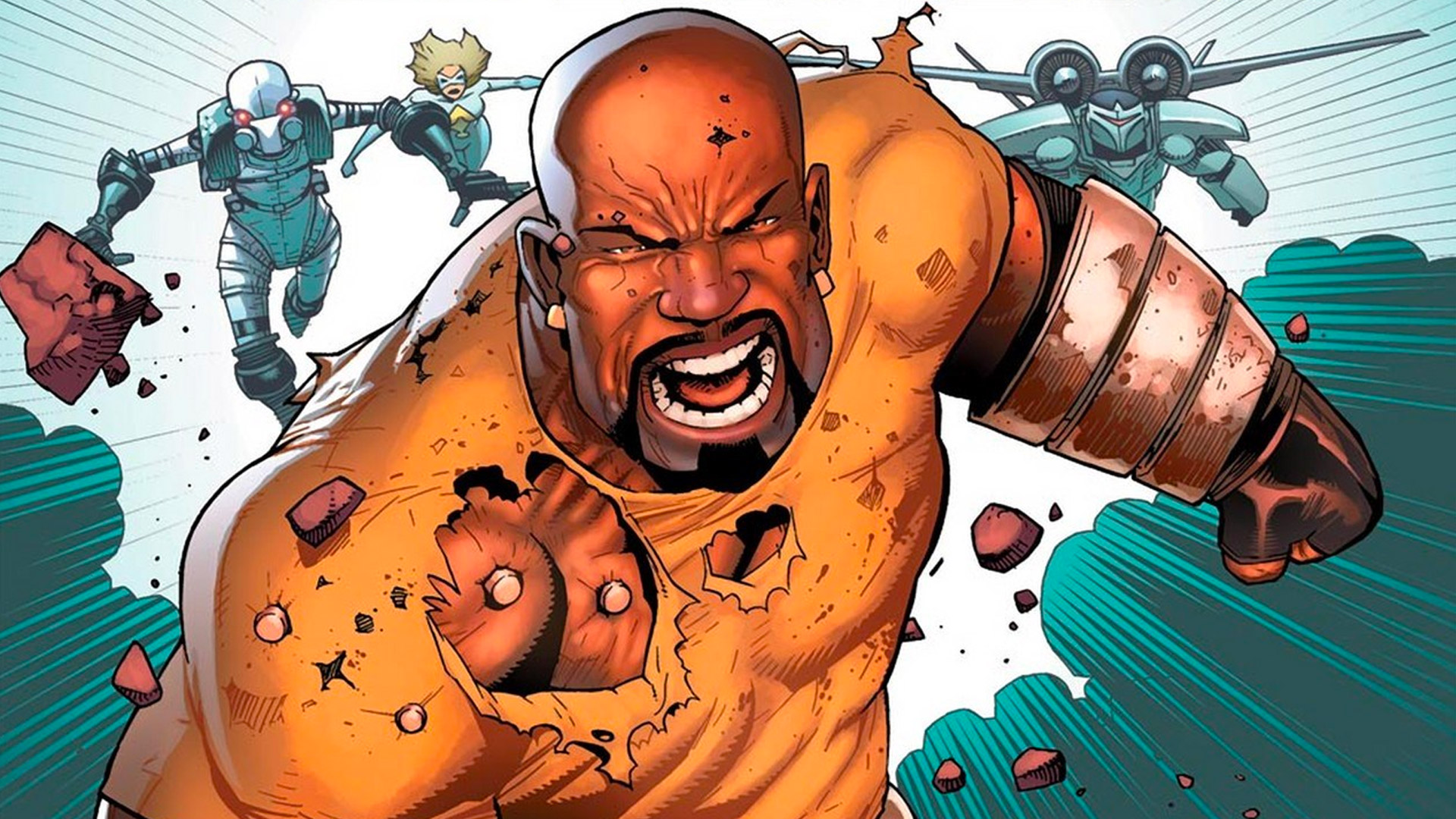 The Thunderbolts: Live From the Raft!

After Norman Osborn’s inevitable meltdown, the Thunderbolts are repurposed to the Raft and get a new leader in Luke Cage.

The Thunderbolts are thrown into the deep end during the events of Fear Itself.

The Thunderbolts get transported back to Nazi Germany to team-up with the original Invaders.

The Thunderbolts get transported even further back in time to Camelot.

The Dark Avengers try to take advantage of the time-lost Thunderbolts. 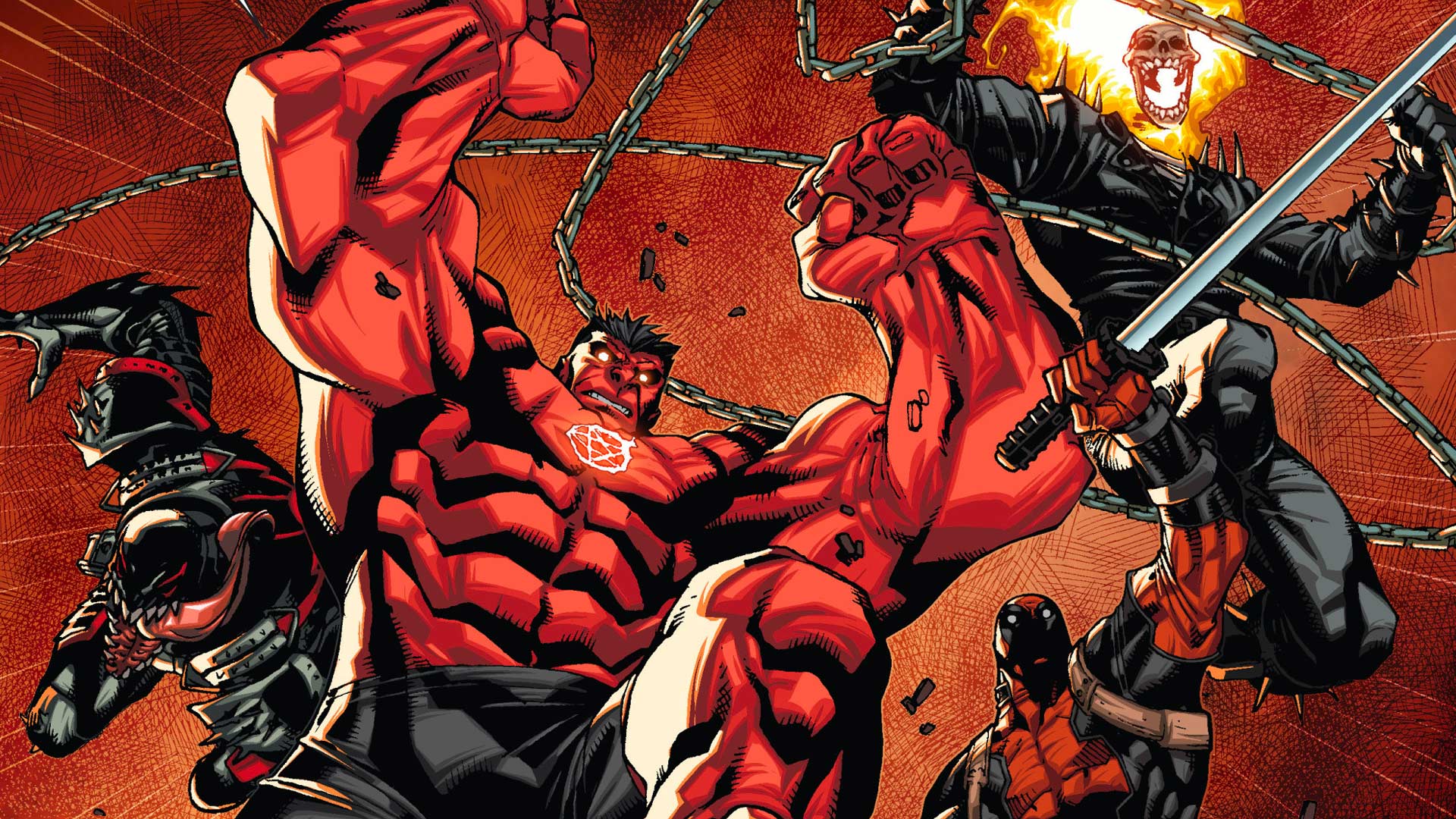 General Thunderbolt Ross (who was also Red Hulk at the time) reboots the Thunderbolts with Elektra, Punisher, Deadpool, and Agent Venom.

The Thunderbolts flood New York while the Avengers are off-earth and run into the Black Order.

The Punisher quits the Thunderbolts and Ross tries to blow him up. 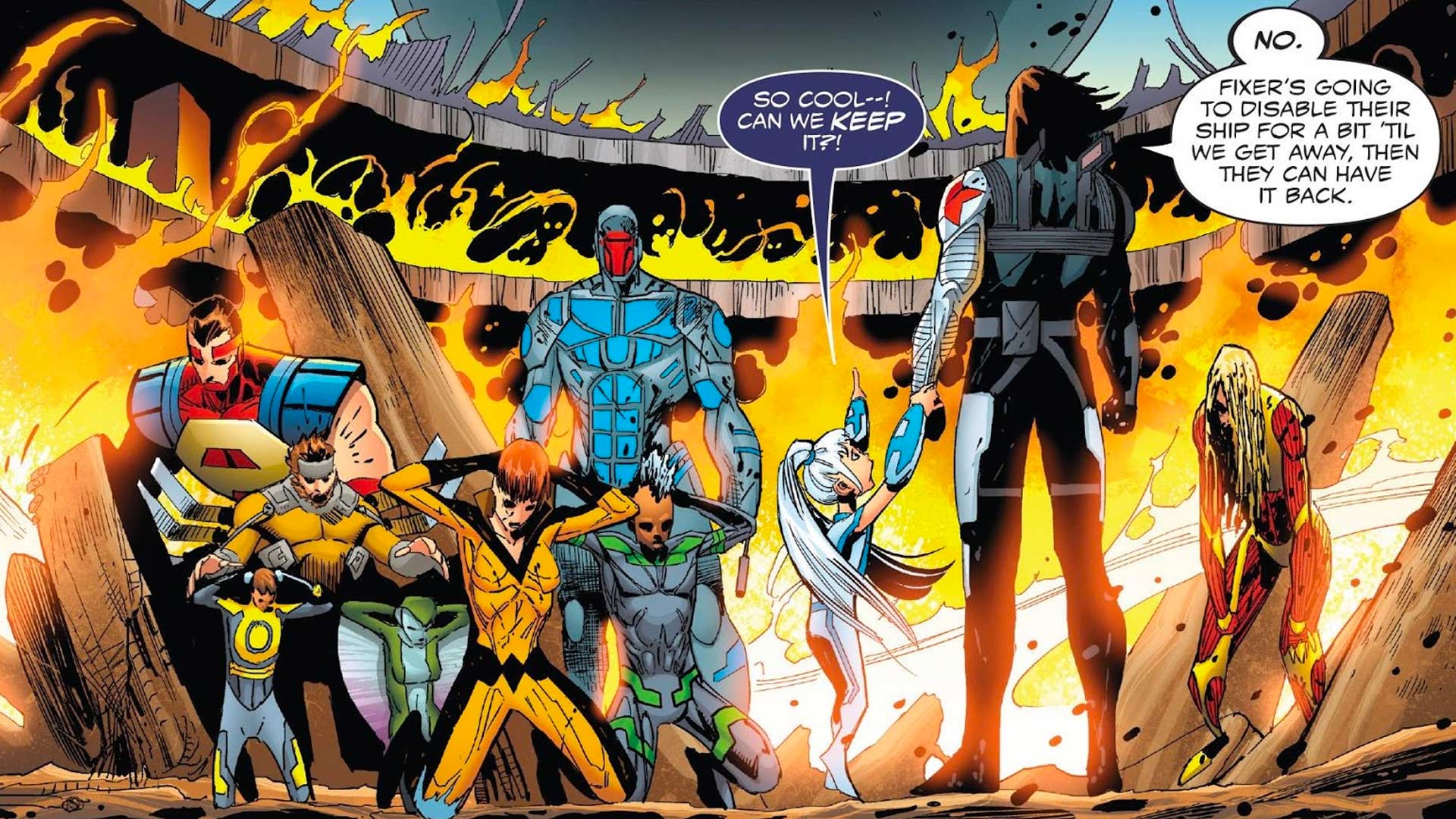 Thunderbolts Vol. 1: There Is No High Road

The Winter Soldier forms a new Thunderbolts team and they go after Shield’s “Kobik” program.

Thunderbolts Vol. 2: No Going Back

In a surprise to absolutely no one, members of the team turn on the Winter Soldier.

The Punisher Vol. 3: Street by Street, Block by Block

Zemo pitches New York’s Mayor Wilson Fisk on reforming the Thunderbolts in an effort to finally rid New York of the Punisher. 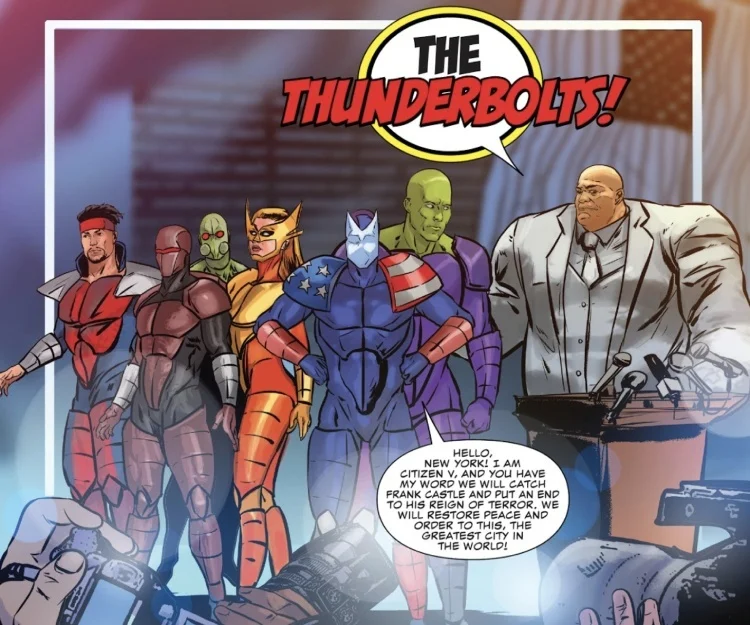 During the events of King in Black, The Kingpin forms a new Thunderbolts for a very specific mission.