As the firstborn son of Marvel’s first family, Franklin Richards is both deeply ingrained in Marvel history, and an absolute wild card. Franklin’s a child of the Fantastic Four and an omega level mutant, meaning few character’s in Marvel have every operated with the potential to completely change the course of Marvel history.

Below you’ll find a reading order for the most essential Franklin Richards stories throughout Marvel’s history. 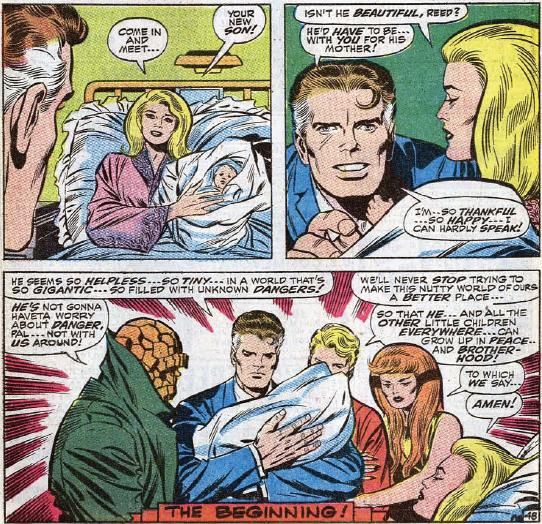 The Birth of Franklin!

Franklin was born in 1968’s Fantastic Four Annual #6, approximately six full years into Marvel’s growing Silver Age superhero universe, and over 75 issues (plus annuals) into Fantastic Four. In true Marvel fashion, the only way to mitigate cosmic ray induced difficulties with Sue’s pregnancy is for Reed, Ben, and Johnny to venture into the Negative Zone, battle Annihilus, and return with something called element X to help Sue give birth to a happy healthy Franklin!

Franklin begins developing his mutant powers well before puberty, really as a toddler, which is quite atypical in the Marvel Universe, and chalked up to his parent’s own cosmically altered genetics.

Fantastic Four #140 to #141
Fantastic Four #150 – Ultron attacks the wedding of Crystal and Quicksilver, and is only stopped when Franklin unleashes his full power. This seems to *end* Franklin’s struggles with his immense power for a time.

One consistent theme of Reed and Sue’s parenting of Franklin has been to set up locks in Franklin’s mind in order to keep his powers under control. That backfires (not for the first time) during the John Byrne era of Fantastic Four when Franklin ages himself to adulthood as his powers run wild.

Franklin on Power Pack — He joins the team in Power Pack #17, and works with them for much of the run. Power Pack #36 talks about Franklin’s future as a mutant leader, and oddly enough also confirms that he’s 4 and a half during all this adventuring. 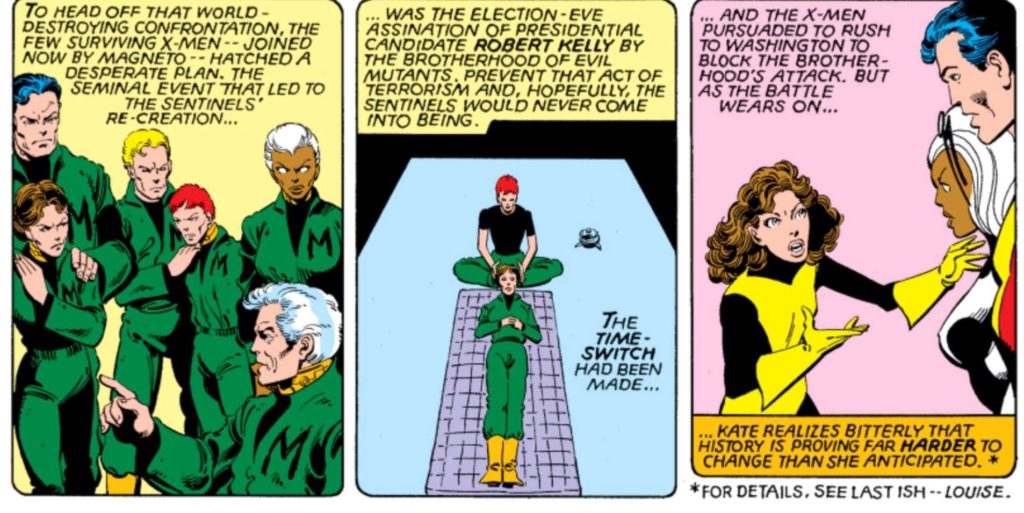 Franklin and the X-Men

Franklin’s cameo involvement with the classic Uncanny X-Men #141 to #142 results in the most closely connected storyline placing Franklin with mutants and the X-Men.

The “Days of Future Present” crossover spans four 1986 annuals – Fantastic Four, New Mutants, X-Factor, and Uncanny X-Men – and tells a story where the Franklin from the “Days of Future Past” timeline escapes through time back to Marvel’s present day. Franklin’s deeply scarred by the trauma of his home timeline, and lashes out against everyone, using his reality warping abilities to try to regain some semblance of his past before the Sentinels took over.

Franklin the Psi-Lord – Nathaniel Richards traveled in time, replaced Franklin with his teenage version, and then he fought in the Fantastic Force

(Fantastic Four #384 – #399). Franklin’s teammates are named Huntara, Devlor, and Vibraxas, and the book is so 90’s my Pog collection just appeared in my pocket.

Franklin plays a crucial role during the X-Men “Onslaught” saga, with the villainous hybrid of Professor X and Magneto coercing Franklin’s reality warping powers to his own ends.

Appropriately, it’s Franklin’s vast abilities that create a pocket universe in the aftermath of Onslaught where Marvel could reboot heroes like the Avengers and Iron Man in their “Heroes Reborn” initiative.

This is when Franklin’s ability to create entire universes really levels up, to the point that the character gains a reputation as a retcon-machine, transcending in-universe character beats and entering the muddy waters of Marvel’s editorial policy. To highlight these ascending powers, in the Peter David written Heroes Reborn: The Return #1 the Celestials evaluate whether Franklin can join the Celestial Host!

Waid & Wieringo’s Fantastic Four is an evergreen recommendation from me, although I’ll admit it’s been long enough that I don’t remember a lot of the details about Franklin’s role. In a story that begins in #67 Franklin gets temporarily pulled into literal hell as part of a plot by Doctor Doom (and one of my favorite stories from the run!).

Franklin Richards: Son of a Genius

Taking inspiration from Power Pack and evolving the formula, Chris Eliopoulis’ work on this series of Franklin Richards one-shots actually lets Franklin look and feel like a kid. These are some of the best all ages Marvel Comics this side of Thor The Mighty Avenger

, as indebted to Calvin & Hobbes as they are to do with anything related to Fantastic Four. 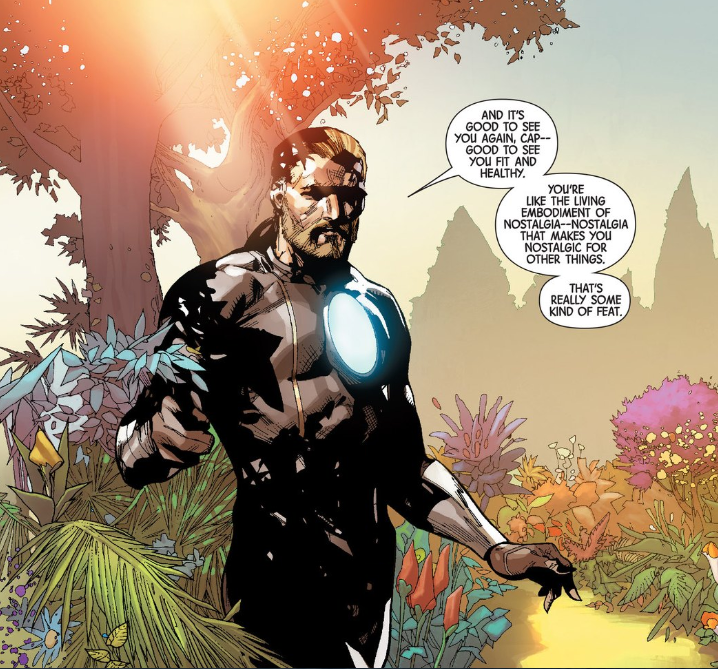 The next major level up for Franklin comes during Jonathan Hickman’s extended run on Fantastic Four and FF. Hickman manages the impressive blend of a time-traveling ultra-powerful Franklin who wields Galactus as his Herald – you heard that right – and fights Mad Celestials, alongside the present day’s adorable child Franklin who befriends Leech and threatens Norman Osborn with a Nerf gun.

Post Secret Wars – Franklin works with the Fantastic Four and Future Foundation to creates universes across the multiverse, although the exertion eventually results to his powers draining in the pages of Dan Slott’s work on Fantastic Four. Crucially, this is also the run in FF continuity where Franklin becomes a surly teen. Again!

History of the Marvel Universe

The framing device for this universe retelling by Mark Waid and Javier Rodriguez is Galactus and Franklin chilling at the end of the universe, and Franklin more or less asking the Big G for story time!

X-Men/Fantastic Four by Chip Zdarsky, Terry Dodson, and Laura Martin follows up on a thread first teased in House of X #1, when Cyclops told the Richards family he’d always have a home on Krakoa.