Jason Aaron and Ed McGuiness’ run on Avengers started in 2018 with Marvel Fresh Start, and now builds to a linewide alternate reality event, in Heroes Reborn. Imagine a Marvel Universe without its Avengers, and what those heroes might look like instead?

The event title is a callback to the 1996 through 1997 Marvel Comics initiative that followed in the wake of the Onslaught Saga, when many of Earth’s mightiest heroes seemingly disappeared in the fight against Onslaught. The premise also very much operates in the tradition of Marvel’s 1995 “Age of Apocalypse” when the worlds of Marvel’s merry mutants were completely overtaken by an alternate reality where world events had played out very differently.

Aaron and McGuiness have been seeding plans for the Squadron Supreme of America to overtake the Avengers throughout their lengthy run, and Heroes Reborn looks to extend that promise into a full blown event comic.

Below you’ll find a complete reading order and guide to Heroes Reborn, updated weekly as new issues are released!

As you’d expect, primarily you’re going to want some familiarity with the Aaron and McGuiness era of Avengers that launched in 2018. It’s far from my favorite, but it’s definitely ambitious! There are 45 issues of the series leading up to Heroes Reborn.

I’d recommend checking out the original Squadron Supreme limited series from Mark Gruenwald, Bob Hall, Paul Ryan and collaborators. The Squadron play a major role in Heroes Reborn, and the original 80’s miniseries is an all time classic Marvel great worth a read (or a re-read if it’s been a while!).

I’m sure it won’t be a direct must-read, but for those who want familiarity with the original initiative, there are apparent thematic parallels. 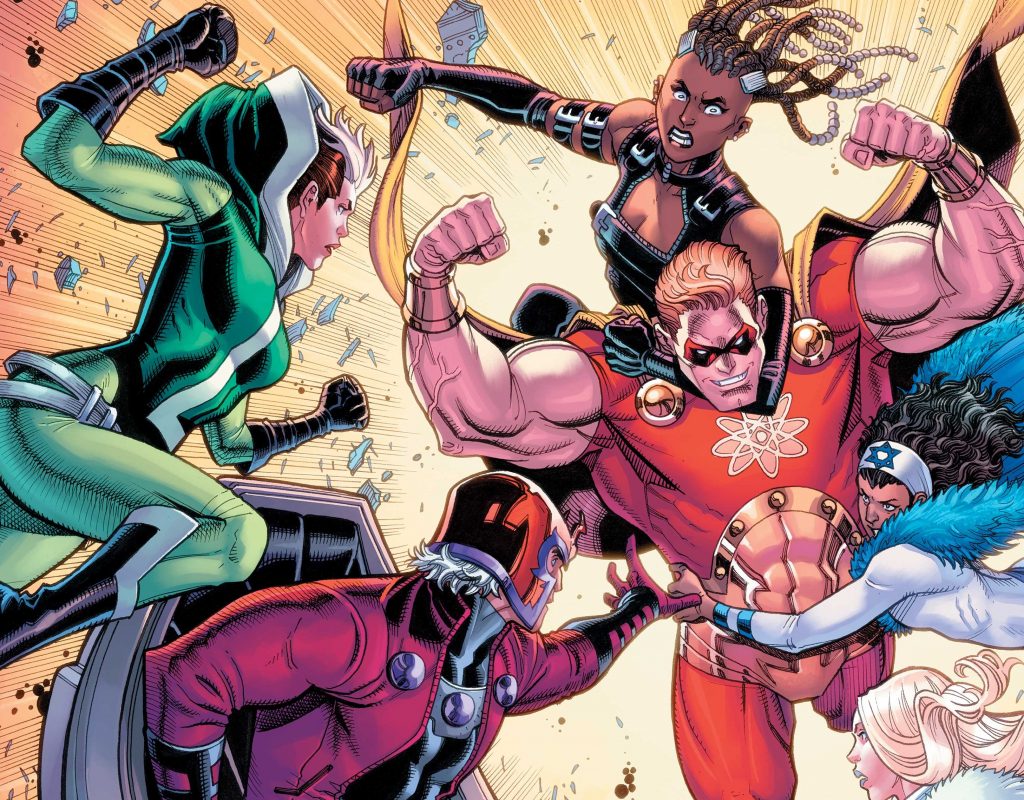