.
You are here: Home / Featured / The Best of the Scarlet Witch!

, which changed the course of her life forever, but in which she barely makes an appearance. Here, we’ve left out some of the more infamous Wanda stories to emphasize those that give a better idea of who she is and what makes her tick. 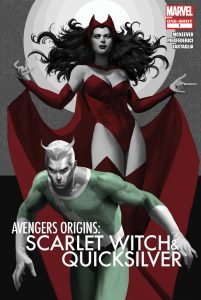 The Maximoff Twins (Wanda and Pietro) have perhaps one of the most convoluted back stories in all of comics (and considering the fact that they share a publisher with the Summers family, that’s kind of saying a lot.) We know very little about their background for certain, and what we do know constantly changes. Yet, the one constant between the two of them is – well, each other. Quicksilver has always been a protective, if controlling, brother, while Wanda always strives to see the sweet and sensitive person underneath all of Quicksilver’s haughty anger. This story walks us through the steps that brought them both to the Avengers. 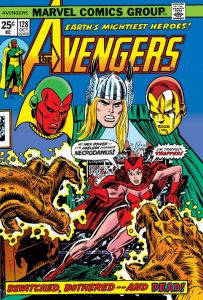 Some people forget that even from the beginning, Wanda’s peers didn’t have a whole lot of faith in her. She joined the Avengers with issue #16, which led to a lot of backlash from fans that were confused that villains had suddenly infiltrated their favorite super-team. Over the years, Wanda began a relationship with The Vision and gained the trust of her teammates, but she was so inoffensive that her personality seemed like a blank slate at times.

This era of Avengers began to pull her out of that rut, and this single issue is an underrated gem. When the Avengers meet up with the witch Agatha Harkness, she extends a hand to Wanda and offers to teach her real magic. Vision sulks that Wanda has developed outside interests, but this is one of the very first times in which Wanda took a stand and pursued her own development, which is why it still holds up today. Not to mention, it kicked off one of the most compelling dynamics in all of comics, that between her and the enigmatic witch Agatha. 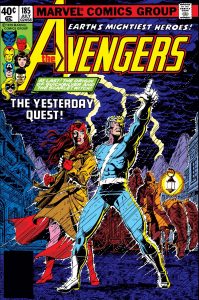 The Witch On Wundagore Mountain

As noted, Wanda and Pietro have a wildly complicated past, and this story was one of the first that attempted to delve into that beyond the surface level. This entailed a trip to Wundagore, in which Wanda tried to uncover the secrets of her early days only to end up with a lot more than she’d bargained for.

Though this marks one of the early times in which Wanda was possessed by Chthon and thereby is a bit questionable on the personal autonomy front for our girl, she still shows quite a bit of motivation and bravery, and she learns a bit about herself in the process. 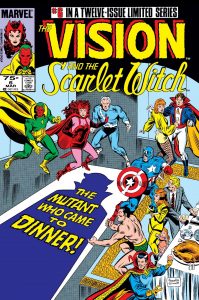 Both volumes of this comic series are truly out of left field and bizarre, and their sheer uniqueness makes them stand out even now as the baffling but fascinating treasures that they are. These series are almost impossible to summarize due to the sheer amount of ground they travel, and they won’t always make sense to your average reader, but they are still a ton of fun.

If you had to choose only one volume to read, the second one goes a lot more into the characterization of Wanda and Vision, and does more to establish them as fixtures of the Marvel Universe, but you really can’t go wrong with either of these. Countless unexpected guest appearances are littered throughout, and it’s a delight to see Wanda and Vision try so desperately to fit in among their suburban neighbors. This era of Marvel is famous for its bonkers plots, and these series are exemplars of that chaotic, fun format. 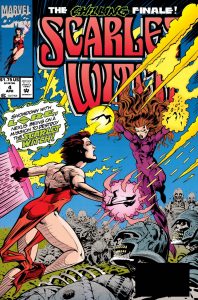 After the events of “Vision Quest,” the Scarlet Witch found herself suddenly divorced and without her children, and as such required a bit of a reboot. The first Scarlet Witch series focused on who Wanda was without the relationship that had defined so much of her existence in the comics. Though the story itself is a fairly typical fight against a generic, all-powerful villain,  the personal moments are what makes this entry work. Wanda spends her time training herself in magic with Agatha and physically training with Wonder Man, and seems to find a sense of balance by the end that she’d never had before. Around this same time, she became the leader of the Force Works team, and things seemed to be looking up for her. If you stopped reading comics right at this point, you would think she had a relatively happy ending! 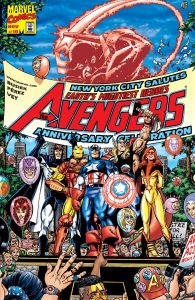 The Busiek/Perez run on the Avengers is well-known for bringing the team back to its iconic roots. Even with so much else going on, Wanda fares very well in this series, and we actually see into her thought process more than perhaps ever before. These two issues specifically walk us through her past, but unlike so many series, they address how she herself feels about the things that have happened in her life. She goes up against a terrible team of undead Avengers, including her kind of ex Wonder Man, but the real standout of the story is just getting to spend time with Wanda’s inner world. We see the level of responsibility and grief she lives with every day, and her actions here are nothing short of heroic. 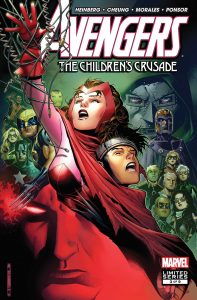 After the events of Disassembled and House of M

, Wanda vanished from the pages of the funny books for a bit only to come back in a big way with this story. Focusing on the Young Avengers Wiccan and Speed and their search for their mother, this tale might not focus a ton on Wanda as a person, but it tells us a lot about how much she means to the greater Marvel universe.

With her memories gone, she’s fallen in with the nefarious Doctor Doom, even becoming engaged to him. When her lost children finally find her, the reunion is heartbreaking, but the sense of vindication for Wanda is palpable. These boys, who everyone told her were only figments of her imagination, are real, and they are heroes. This was the hopeful note that carried us into Avengers Versus X-Men

, and then into Uncanny Avengers. 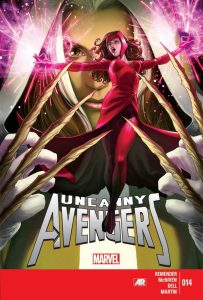 Uncanny Avengers might be a rocky road at times, but there’s no denying that the creative team’s take on Wanda was fascinating. She spent a lot of this volume fighting with the X-Man Rogue, who refused to forgive her for her acts on M-Day (depowering the world’s mutant population turns out to have some unpleasant side effects, Wanda.)

In Ragnarok Now, the Apocalypse Twins use Wanda’s guilt against her as they enlist her help in trying to rescue the mutants from earth. Wanda complies, but plans on betraying them. There’s a lot more to this story than can fit into a quick blurb, but the most important part is that Wanda’s complex morality is on full display in a way that was rarely seen before or since. 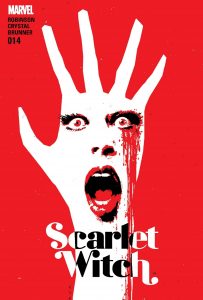 The second Scarlet Witch ongoing has a lot of ups and downs, but in 2015, the way fans were starved for solid Wanda content is nothing to scoff at. To put it mildly, we ate this book up and asked for more. This book gave us a complete if wildly veering Wanda story for the first time in ages, and its format did wonders for grounding Wanda back in her own life outside of the Avengers. Though it can feel like there are a lot of missed opportunities here, it was nice to at least hear Wanda’s take on things in her own voice, something that is stunningly rare in Scarlet Witch stories. 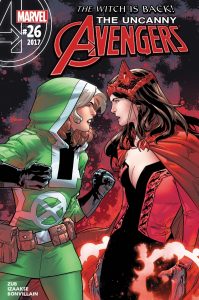 Wanda returns to the Uncanny Avengers and continues in her most beloved hobby, wrestling with Rogue and telling her why the X-Men are cry babies. This story sees Wanda break things off with Wonder Man yet again, which is good, and begin a new relationship with Doctor Voodoo, which makes for a surprisingly compelling match-up. Beyond that, not much happens, but again, anytime we get to see Wanda make her own decisions and follow her own path, that’s a win. 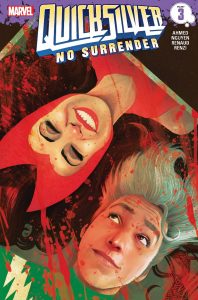 At the beginning of this, we noted that many of Wanda’s stories are defined by the men in her life, and that’s not always great. Make no mistake, this is definitely a Quicksilver story more than a Scarlet Witch one. Yet, the Wanda we meet here, through Pietro’s eyes, is one of the best takes on the character to ever see print.

Her brother thinks back on their tumultuous lives, but more than anything, his love for his sister and his genuine desire for her to have a happier life than she has had shines through in a way that we seldom see, adding a tragic beauty to their troubled relationship. Pietro isn’t always an easy character to love, but Wanda’s ability to accept him as he is tells us a lot about who she is, and why she’s such a sensitive and complicated person in her own right. Come for the Quicksilver story, but stay for the acknowledgement of the complex dynamic between these two siblings. 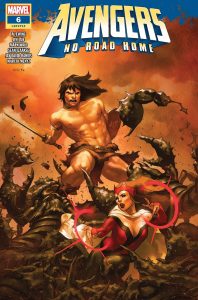 This surprising Avengers story involved a handful of heroes that were thrown willy-nilly into the timestream, and that gave us a team-up that we never knew we desperately needed – Conan and The Scarlet Witch. The two develop feelings for one another while fighting for their lives and trying to find a way back to their respective timelines. In short, this series is a physical embodiment of the Lucille Bluth “Good for her!” gif. The only downside of this story is that it’s not a team-up series between Conan and Wanda, which is a thing that we would buy and buy again.