.
You are here: Home / Comics Guides / Best of Lists / The Best Miles Morales Comics To Read With “Into the Spider-Verse”

Since his creation a scant eight years ago, Miles Morales has quickly become one of the most interesting new Marvel characters. His ascension from Ultimate Universe legacy Spider-Man to PS4 Spider-Man supporting role to star of the feature film Spider-Man: Into the Spider-Verse is amazing (spectacular, even friendly neighborhood).

Due to his relatively recent entrance into the Marvel Universe, fans can pretty reasonably read every Miles Morales comic using a service like Marvel Unlimited. For those who just want the all-killer no-filler sample platter, I’ve listed my favorite Miles stories below! 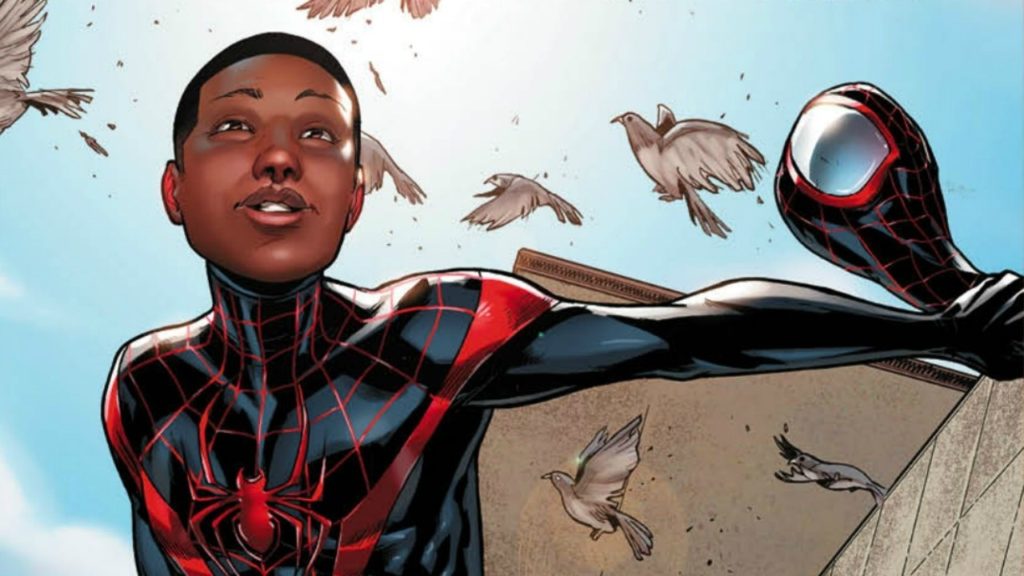 The original run defining Miles Morales as the Ultimate Universe’s new Spider-Man is unsurprisingly the absolute best place to start. While I’d strong encourage readers to explore the Ultimate Spider-Man comics that lead up to Miles’ inheritance of the mantle, these comics will also give you enough background to enjoy Miles journey on its own terms.

In many ways the spiritual predecessor to Into the Spider-Verse, the Bendis written Spider-Men is a reality hopping first meeting between Peter Parker of Earth-616 and Miles Morales of the Ultimate Universe. Much of the payoff for this series dates all the way back to the start of Bendis and Mark Bagley’s time on Ultimate Peter Parker, but it’s still an extremely effective passing of the torch to Miles.

Venom’s always a devastating foe for Spider-Man, and that rings especially true for Miles in these issues. Again, fans will want to read the entire original run, but if you’re going to read just one non-origin story, this is the bit that hits hardest.

Following the events of the Ultimate Universe Cataclysm

, Miles relaunches in the pages of a new ongoing Ultimate Spider-Man series, with his now established name right up front on the title.

A strong indicator of Miles rapid ascension in the pantheon of Marvel’s power players, as the character joins up with a ragtag group of new Ultimates.

If Spider-Men is the spiritual predecessor to Miles film debut, Spider-Verse is the direct source material.

For the complete reading order, check out Comic Book Herald’s guide to Spider-Verse.

While I admit the mega-event’s inclusion is 90% just an excuse to talk about how much I love 2015’s Secret Wars, Miles Morales does get some really nice character moments, including possibly the funniest line of the book!

For the full guide and most enjoyment, check out Comic Book Herald’s Secret Wars reading order.

Spider-Man/Spider-Gwen: Sitting in a Tree

A budding romance between everyone’s favorite spider-characters of the 2010’s.

Gwenpool, the Unbelievable Vol. 4: Beyond the Fourth Wall

Your mileage may vary with Gwenpool, but this is a knockout short story with Miles involved. 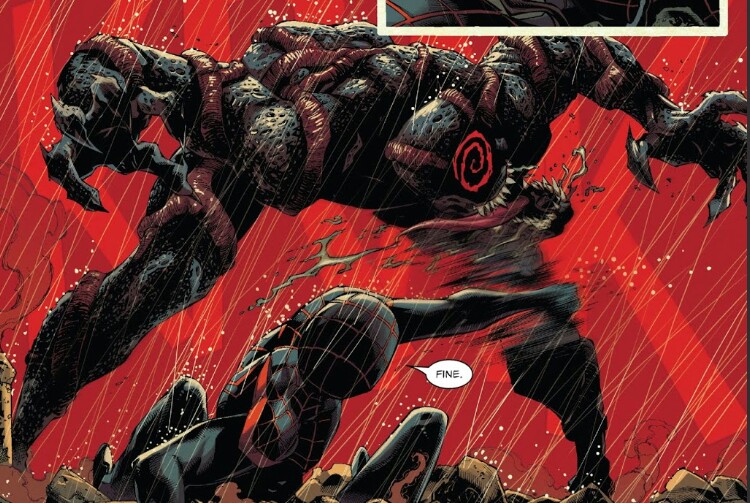 Believe it or not, the Marvel Fresh Start take on Venom features Miles as a strong supporting player throughout the story’s first arc.