I tend to keep it pretty darn positive here on Comic Book Herald, but let’s face it, not all comics hit the mark. And some are huge letdowns, failing to live up to hopes and expectations and proving just how special a thing it is when a creative team fully clicks on a story.

Keep in mind this is not a “worst of 2020,” as with one notable exception (come on down, Three Joooooookers!), I don’t really hate-read anything (and if I’m not feeling it, there are way too many good comics to explore to waste that kind of time!). Instead, these are the comics that I (and critic Sean Dillon, who graciously joined me!) thought would be good, even contenders for my favorites of the year, and instead fell into the category of comics I like to call “I wonder if the library will take these as donations?”

Here it is: the most disappointing comics of the year!

#1 with a bullet. In this case, a multiversal bullet ripping through the pages of Watchmen and the entire DC Universe.

was one of my favorite comics just last year), and once again fully bought into the pre-event hype with Snyder raving about his “Anti-Crisis” and details like Wonder Woman’s “chainsaw of truth.”

Despite all this, Death Metal is an absolute cluster of outsized ambition, hollowed out joy, and the tangled knot of late-stage DC Rebirth continuity. Where Metal was an exercise in the joys of collecting a full comic book event, and reading it first before anything else that week, Death Metal has become an exercise in awkwardly handing issues back to my shop owners to say “I didn’t pre-order this so no thank you I do not need more of this world.” 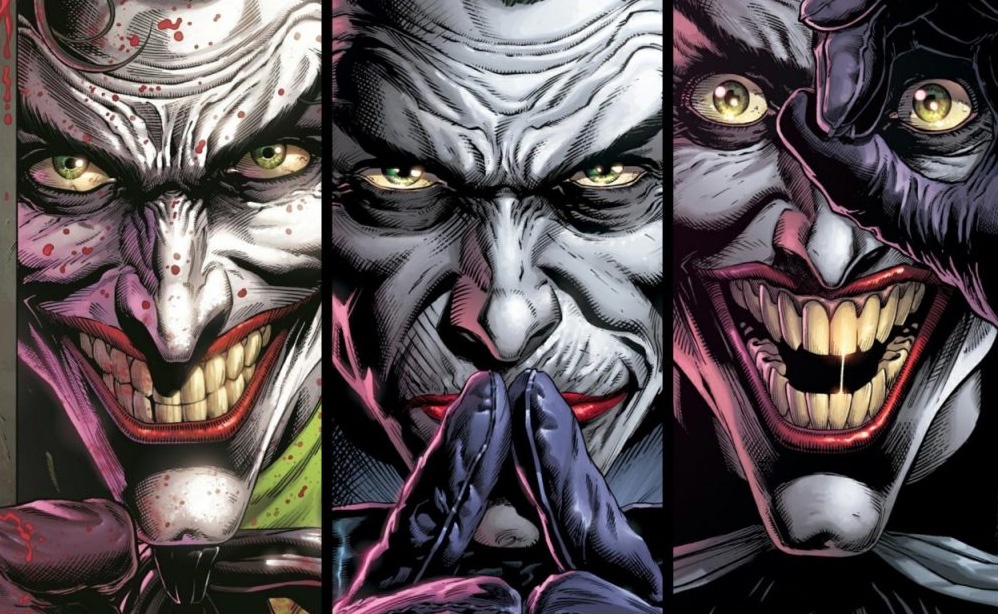 Sean Dillon: In the opening minutes of The Trial of the Chicago Seven. we are presented with a montage to demonstrate the historical context of the film we are about to watch. These types of sequences have been used frequently in the filmography of Spike Lee to startling effect. However, with Chicago Seven, the montage only makes you think “Wow, Spike Lee is a great filmmaker.”

I bring this up because Three Jokers is the kind of comic that makes one realize just how great a writer Tom King is. Sure, he has a lot of flaws and his current phase is a bit too slow paced, but by reading Three Jokers, you can see the craft and skill required in writing a book solely using a nine panel grid. The dexterity of prose needed to write akin to Alan Moore without coming off as embarrassing. The willingness to be spiky when discussing mental health. Otherwise, you end up with a bored, uninteresting book like Three Jokers that can never escape the shadow of its influences.

Children of the Atom

This is a bit of a gag, but the strange absence of this series from the X-Office, and the continued mystery around whether or not it will actually happen is one of the biggest open questions from Marvel. Children of the Atom from Vita Ayala and Bernard Chang was first solicited for April 2019, was highlighted as a “red” important issues of X-Men in at least one upcoming checklist in Marauders, and has so far been rescheduled multiple times (with a current reported release of March 2021… we’ll see!).

Since then, Ayala has taken over New Mutants with Rod Reis (their first issue together, New Mutants #14, is a delight), and the Children of the Atom feels increasingly like an X-Office slack thread that accidentally got solicited to the public. We’ll see if this comic still comes out, but right now, I’m just lamenting those “red” issue revelations that were supposed to drop this year!

In the span of three years on Avengers, Jason Aaron has gone from one of the surest bets at Marvel to the isolated, disconnected, overly ambitious corner of the Marvel Universe I pay the least attention to (barring, you know, short-sighted retcons that impact X-Men!).

I think my biggest disappointment with Avengers is how duplicative the approach feels, considering Aaron did big flashbacks to ye olden days in both Thor: God of Thunder

and Conan the Barbarian

. The entire conceit of the BC 1 Million Avengers is biting off way more than the book can chew, and when you couple that with a tournament style arc through iconic Marvel powersets (Ghost Rider, Moon Knight, Phoenix, uh… Starbrand), you have a run approaching 50 issues that sounds way more interesting on paper than anything executed in a comic to date.

Sean Dillon: Perhaps the most insidious influence Geoff Johns has had on the comic book industry is the notion that all the problems a character has can be written off because Parallax. That anything a character has done that is wrong (be it committing mass genocide or getting old) can be written off due to some outside force that corrupted them and made them do it, removing all culpability of their actions while also ignoring the context those actions were done in. That we can go back to the way things used to be.

It’s an extremely tempting proposition, but one that ultimately cuts off any potential stories you could tell in the aftermath in the most uninteresting way possible. Especially crap, considering the majority of the stories tossed aside come from Joshua Williamson’s own Flash run. The ultimate case of conservative comics fans getting a win.

I’m not a big fan of the Dan Slott written era of Fantastic Four (I’m waiting with bated breath for a creative overhaul), but issue #25 is particularly disappointing given that the title reaches into the ongoing X-Men narrative and strips Franklin Richards of his mutant gifts.

This is a problem for a host of reasons, ranging from bad timing (Franklin’s mutant status has literally never been more relevant) to actively harmful to readers from oppressed groups. Whatever the intentions, Fantastic Four #25 will be known for this retcon, and the almost uniformly negative reaction.

Tales From the Dark Multiverse: Crisis on Infinite Earths

Sean Dillon: With a premise like “What if Earth 2 ended up being New Earth, and things went to crap” and a writer as good as Steve Orlando, you’d think it’d be spectacular. An incisive look at the JSA that puts to bed some of the more reactionary aspects of the genre (in that the base premise of the JSA, especially in the 21st century, amounts to “these damn millennials need to worship the Greatest Generation” [hence Doomsday Clock

]). An approach to the JSA as Infinite Crisis was to the JLA.

What we got was a rather banal story about fighting against Sutur that ends with Green Lantern becoming the Silver Surfer. While there are some potentially interesting implications to that ending, it doesn’t emphasize them in the slightest, opting instead to focus on the impact of the JSA on the world. To be completely honest, it’s not a bad comic. It’s perfectly fine and worth a skim at a comic book shop. I’m not mad, I’m just disappointed.

There’s not really anything I can say here that Vishal Gullapalli hasn’t said better in his essay on the comic for AIPT.

You know even just purely on the content, The Batman’s Grave was already a disappointment for the expectations of a creative collaboration between Warren Ellis and Bryan Hitch, in a twelve issue mini in Gotham. Of course, after the many, many brave reports about Ellis’ predatory behavior the material within this once hotly anticipated work is beyond irrelevant compared to the mandate to re-evaluate anything we ever thought about the well-known, critically acclaimed, immensely popular and influential comics creator.

Make no mistake: The “disappointment” of learning that one of your favorite comics creators is, in fact, a manipulative, lecherous monster does not matter one iota compared to the hurt done to way too many women. Nonetheless, it’s a huge disappointment, the biggest in comics that I can think of in 2020, and a reminder that who we celebrate in this medium is worth a critical eye, especially at the first report of misconduct.