The X-Men were what got me hooked on comics. The very first series I started reading regularly were Uncanny X-Men and (adjectiveless) X-Men. But the next big “franchise” I set out to explore after X-Men was the Avengers. I started reading the main Avengers book during the Bob Harras and Steve Epting run, during which the character of Dane Whitman/Black Knight was a featured player, field leader of the Avengers and one of the drivers of the series’ overarching narrative. He had a leather jacket and cool stubble, and was stuck in two different love triangles at the same time! Meanwhile, I was picking up Avengers back issues at my local comic shops. Most of what I could acquire on my meager allowance was issues from the back half of the mid-’80s Roger Stern/John Buscema/Tom Palmer run, which also featured Black Knight in a prominent role, having been a stalwart member for dozens of issues at that point in time, mildly pining for team leader Wasp and serving as that roster’s “science guy” in the absence of the likes of Hank Pym or Tony Stark. END_OF_DOCUMENT_TOKEN_TO_BE_REPLACED 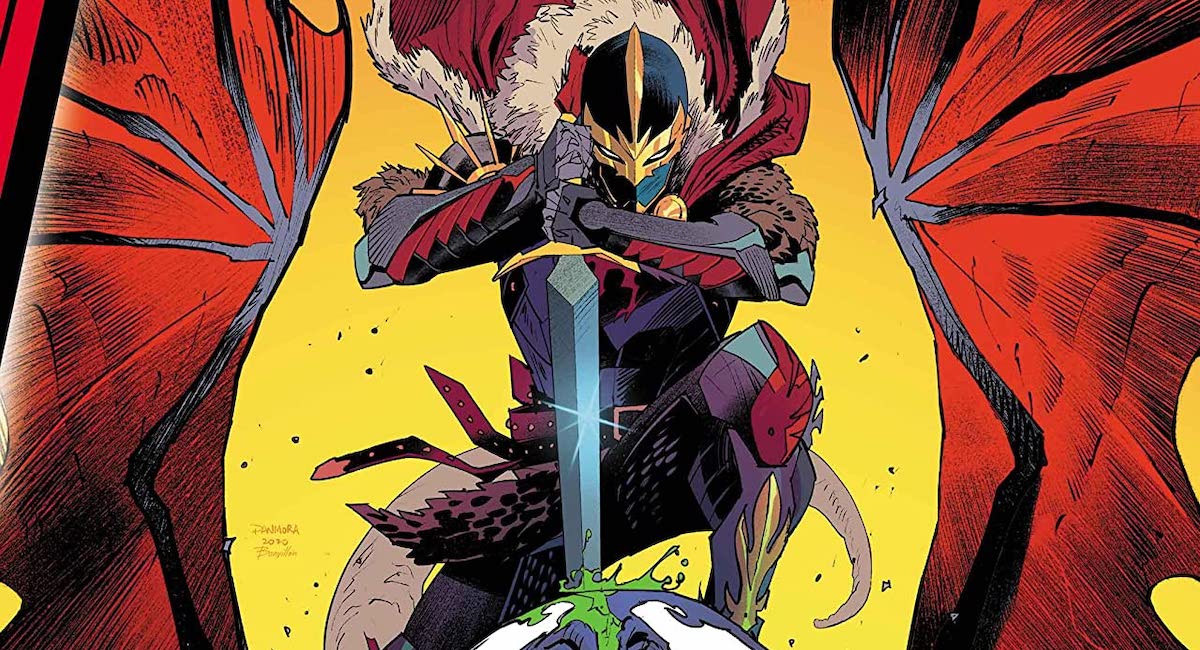 The Black Knight is “that guy” on the Avengers. He stands out in his bold choice of Tudor armor, leather jacket, and frequently wielding a lightsaber. And yet he’s never had an ongoing series, never led his own team. The Black Knight’s publishing history mostly consists of a handful of solo mini-series, appearances on various Avengers rosters, and a few random guest appearances sprinkled all over Marvel continuity for good measure. If that doesn’t seem complicated enough, the Black Knight is actually the name of three different characters in Marvel; and while one of them has definitely had more importance over time than the two others, they are all linked by the same lineage and armor.

The most famous Black Knight, named Dane Whitman, will appear in Chloé Zhao’s Eternals movie as played by Game of Thrones’ own Kit Harrington. And although he has had a romance with Sersi of the Eternals in the 90s, Dane is mostly linked to the British and Arthurian parts of the Marvel Universe, teaming up with characters such as Captain Britain, Excalibur, and even Merlin. END_OF_DOCUMENT_TOKEN_TO_BE_REPLACED