Created by Chris Claremont and John Byrne, Shadow King is a psychic entity that feeds on fear and rage. It needs hosts to survive outside the astral plane; the most well-known is Amahl Farouk, the first person it ever possessed, but a lot of other characters had their bodies used by it, like Psylocke, Karma, Moira, Legion, and even Black Panther.

It first met Professor X before the X-Men were even created. After that encounter, Shadow King swore revenge against him. While Professor’s dream is to live peacefully with others, the evil entity known as the Shadow King feeds on hatred and the shadows in people’s souls. Their confrontations are always interesting to see because of that. But the evil entity also has interesting face-offs with other characters, like Storm and the New Mutants.

Now, Farouk is living in Krakoa with most other mutants. Vita Ayala wrote a great arc centered around him in the current New Mutants run. His future isn’t certain yet, but I’m sure we can expect exciting things. 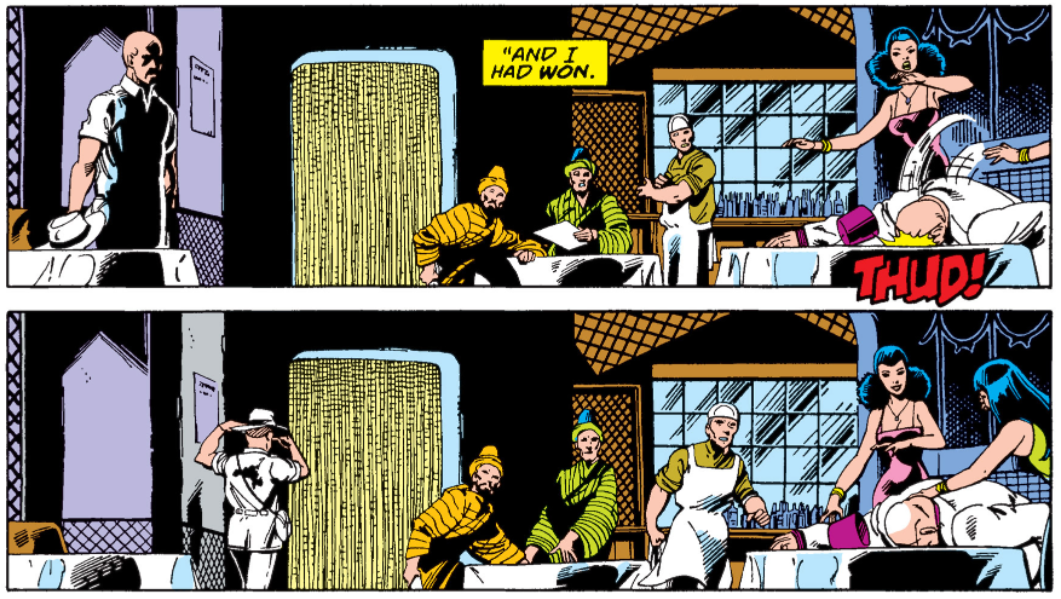 Getting Revenge on Professor X

It’s revealed that before the X-Men existed, while visiting Cairo, Professor Xavier met an evil mutant for the first time; he was Amahl Farouk, the Shadow King. Both are telepaths, so they fought each other with their astral forms. Amahl was winning at first, but Xavier turned the table and killed him.

Farouk is one of the reasons Professor X decided to create the X-Men. It will be better touched upon later, but it’s interesting to see the relationship between those two and how the evil mutant is an antithesis of Professor’s dream.

During New Mutants #6, Karma listens to a voice saying it will claim her body and soul. Later, after Karma’s supposed death, we find out the Shadow King survived in the astral plane and was using her body as a host.

Shadow King possesses Jacob Reisz – an FBI agent – to find Storm and start his revenge. Through these schemes, it takes control of even more people and finally traps Ororo. Even though she escapes, Shadow King is far from being defeated; actually, with each chapter, the evil entity is closer to reaching its goal.

This one and the next omnibus show how dangerous the Shadow King can be.

Until now, the Shadow King was mainly possessing regular people, but now it starts controlling more mutants and taking over Muir Island. We also begin learning more about it, like that it revels in the hatred that fills humanity. Xavier finds out about everything that’s been happening and decides to come back to earth.

The “Muir Island Saga” is not my favorite Shadow King story, but it comes close, don’t miss it!

The X-Men travel to Africa to help Storm’s friend. Later they find out she was actually being controlled by Shadow King, who was pretending to be a god. In the end, the entity ends up trapped inside Psylocke.

X-Men Vs. Apocalypse Vol. 1: The Twelve

Shadow King tries to tempt Psylocke into releasing it, but she still keeps it locked up inside herself.

An evil version of the first X-Men appear and almost kills Dazzler, so Excalibur comes back to take them out.

Professor X of the evil dimension appears and says that he killed all of the heroes from his universe. There are almost no signs of Shadow King until the last chapter of the volume when it’s revealed that it was controlling Xavier.

After Betsy Braddock died, Shadow King was sent to another universe, where it broke Xavier’s mind and formed the X-Men in his place. When M day happened, cracks in the multiverse formed, and it returned to the 616-universe with the evil team of mutants.

Shadow King takes its hatred towards Storm to a whole new level. It forges a scheme to depose her as the queen of Wakanda and to make the citizens of the country hate Mutants.

Even though the final fight ends up being too easy, this comic is fun. If you are a Storm fan, I really recommend it; seeing her struggle with her new responsibilities as a queen and her duties as an X-Men is great.

Psylocke feels mysterious psychic energy and asks Deadpool to investigate it. Amahl Farouk is Shadow King’s host again, and he wants to make the lives of the X-Force members hell. He tries to free Archangel and release information about the Secret team to the public.

After turning Betsy’s life upside down, Farouk says it’s finally time for him to kill her. They fight, and he shatters her psyche, making Betsy forget who she is. Later she recovers and defeats him.

I already had a hunch, but after reading this I was certain the Shadow King is one of Chris Claremont’s favorite creations. The comic isn’t a must-read, but it’s kind of cool to see Nightcrawler fighting Farouk on the Astral Plane. 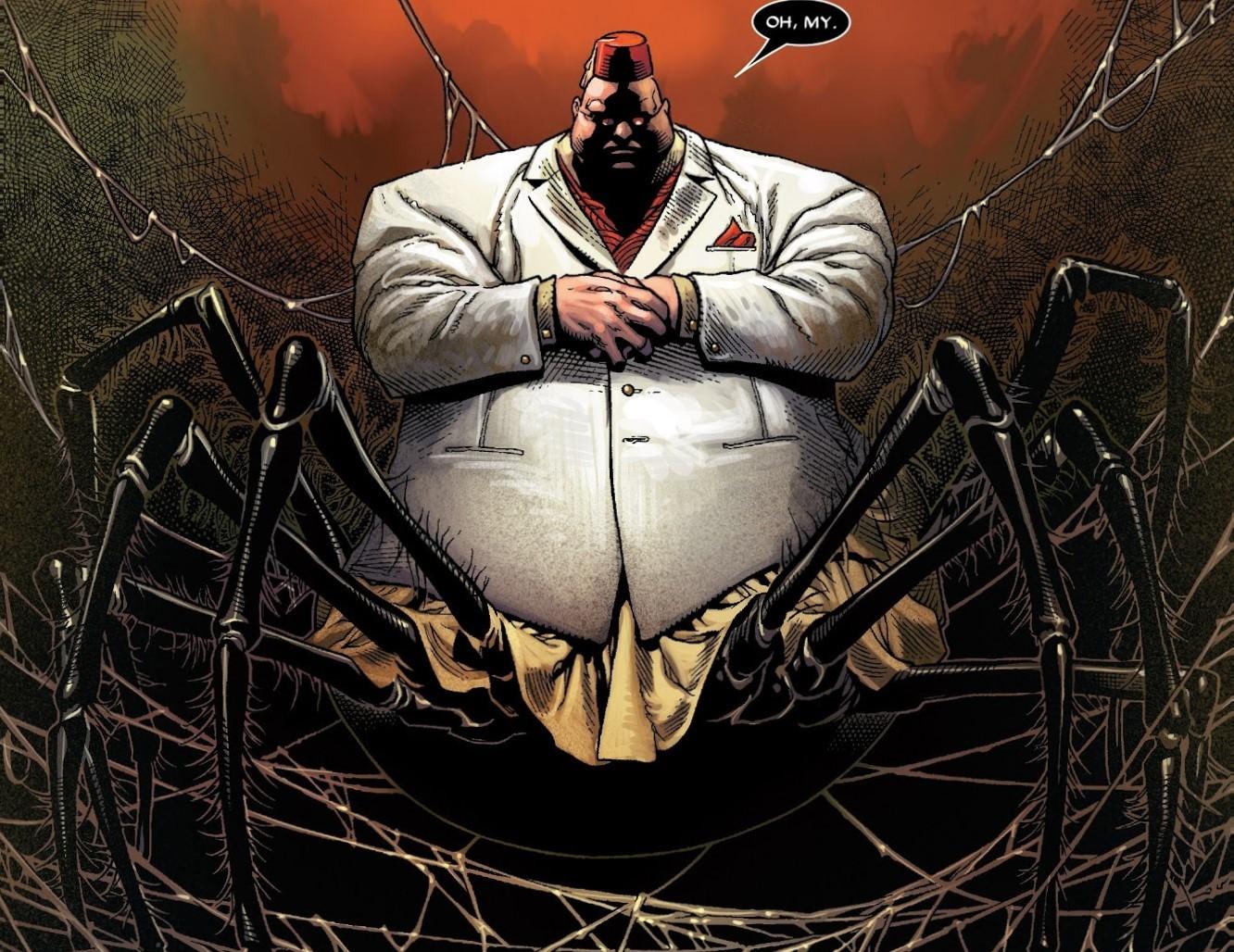 Farouk attacks all psychics of the world. Psylocke goes on a rampage, and a new team of X-Men has to stop her. However, the real fight begins when they have to go to the astral plane to fight Farouk.

He and Xavier are playing a game with the X-Men’s lives at stake. While Shadow King does everything to confuse them and make the team suffer, Xavier tries to drop little hints that they are being manipulated.

It’s interesting to see that Xavier and Farouk are enemies, but they also hold some kind of respect for each other (or at least each other’s abilities).

If you want to know more about Age of X-Man, read our guide. Shadow King appears a few times and impersonates some characters. 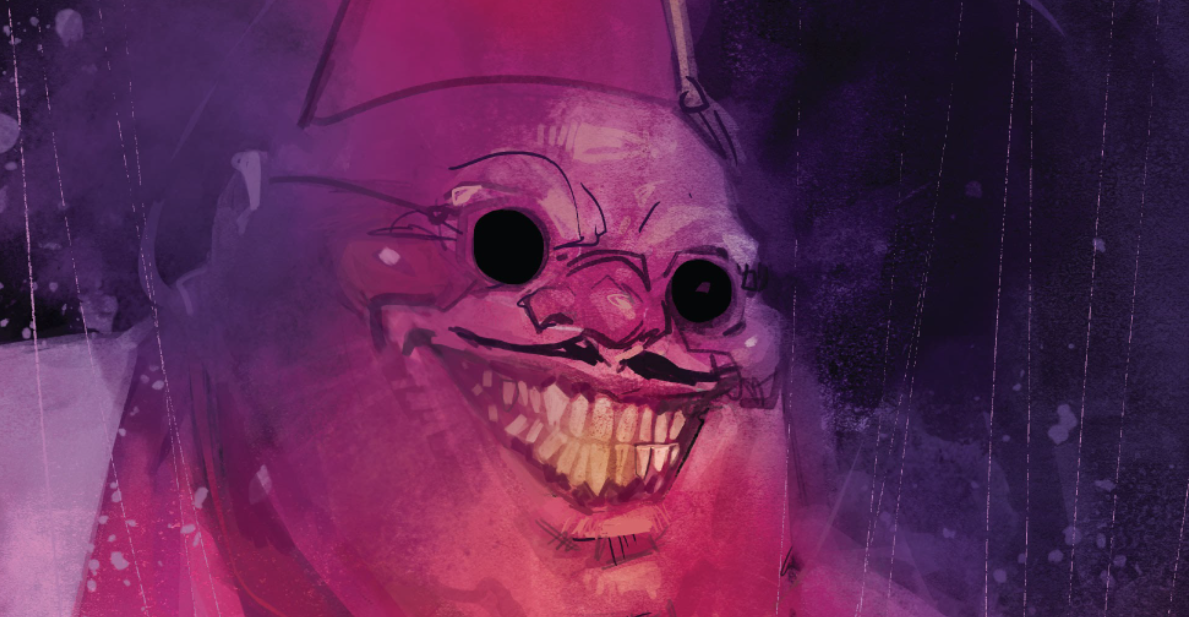 Farouk and the Shadow King

Apart from the ones written by Chris Claremont, this is the most important story for Amahl Farouk and the Shadow King.

Vita Ayala and Rod Reis craft an incredible and emotional story about Amahl Farouk and the New Mutants that explores some promises of Krakoa, the sense of community and second chances.

While the New Mutants struggle with unresolved problems and their new status quo, Farouk, now living in Krakoa, sets his eyes on the most vulnerable of the team and takes advantage of them. How can we be better? What do we fear? Are Amahl Farouk and Shadow King the same entity? These are some of the questions you will see answered in the book.